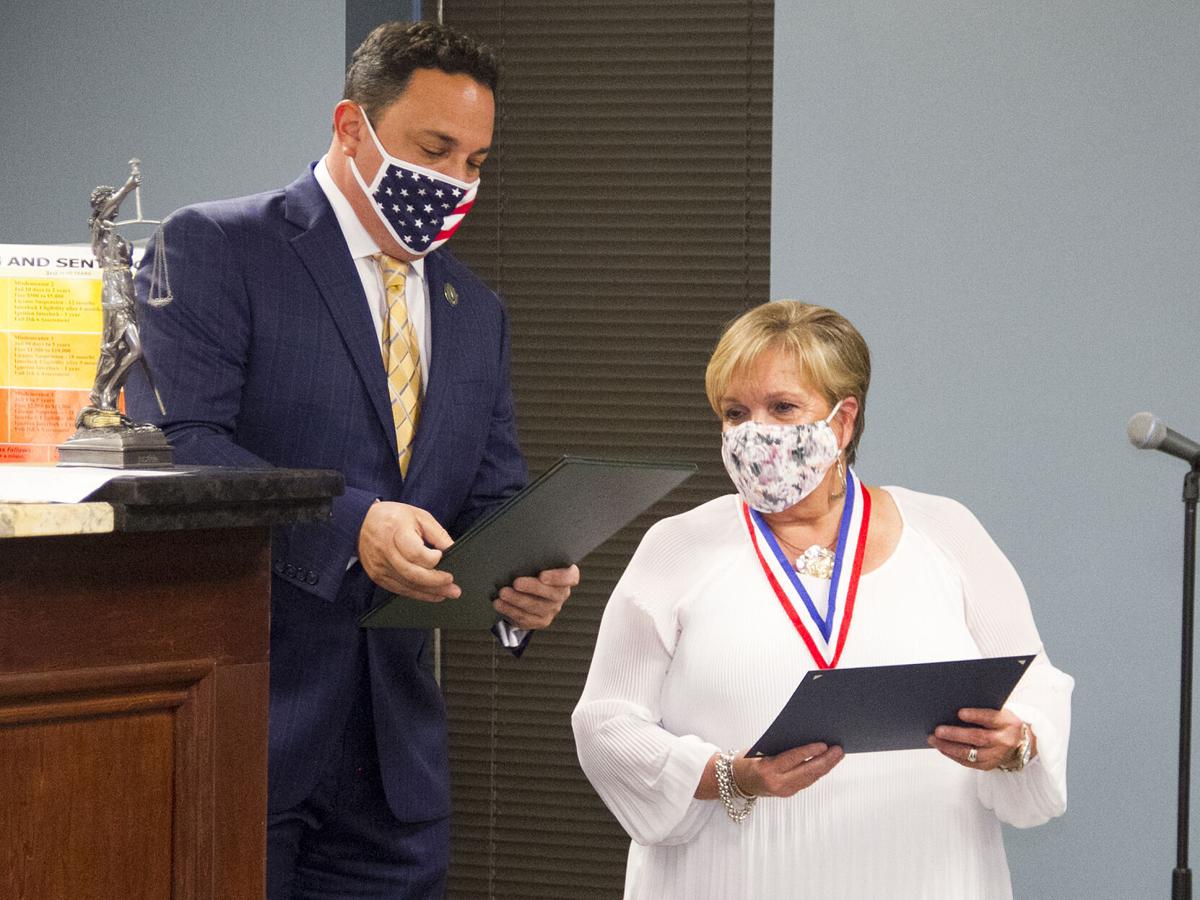 Judge Ronald Arnoni presents citations to Cyd West from the Special Court Judges Association of Pennsylvania and state Legislature in recognition of her award. 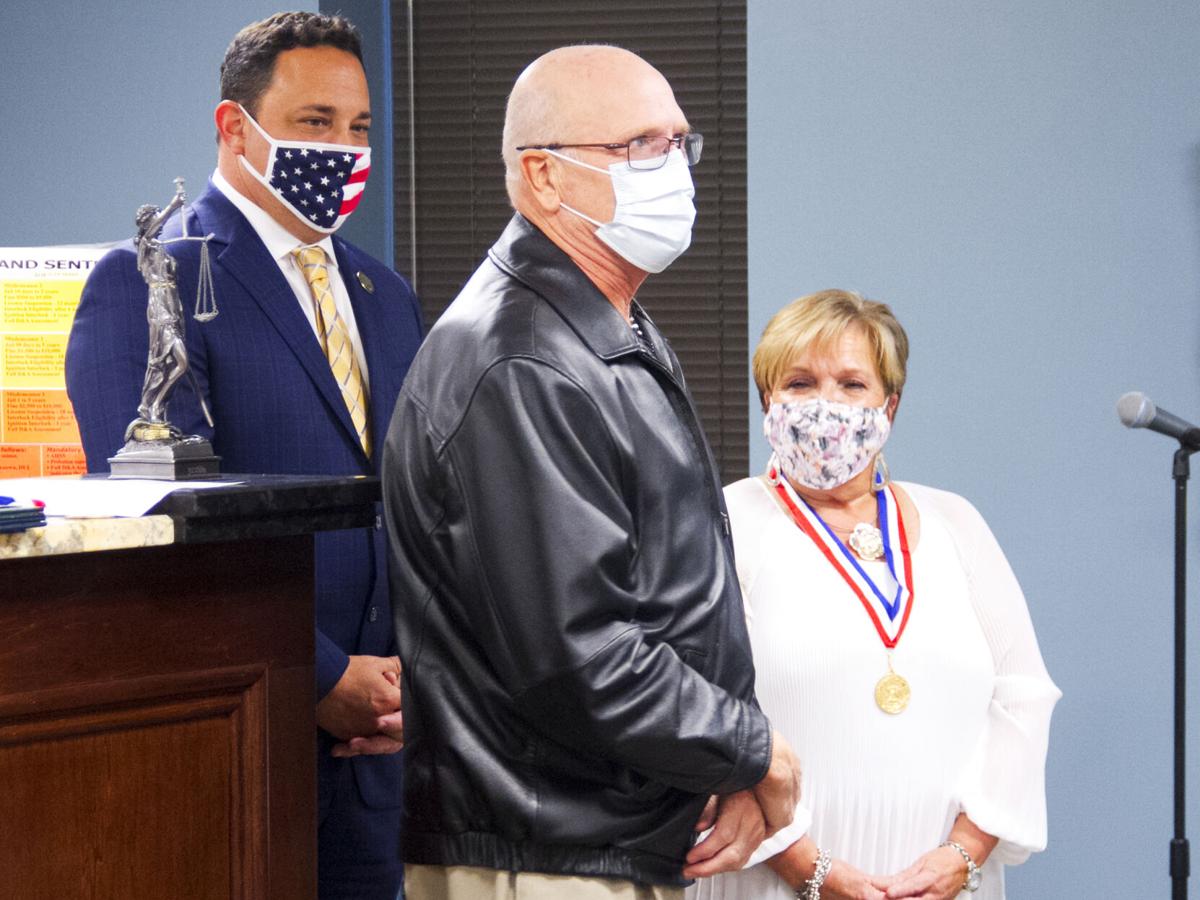 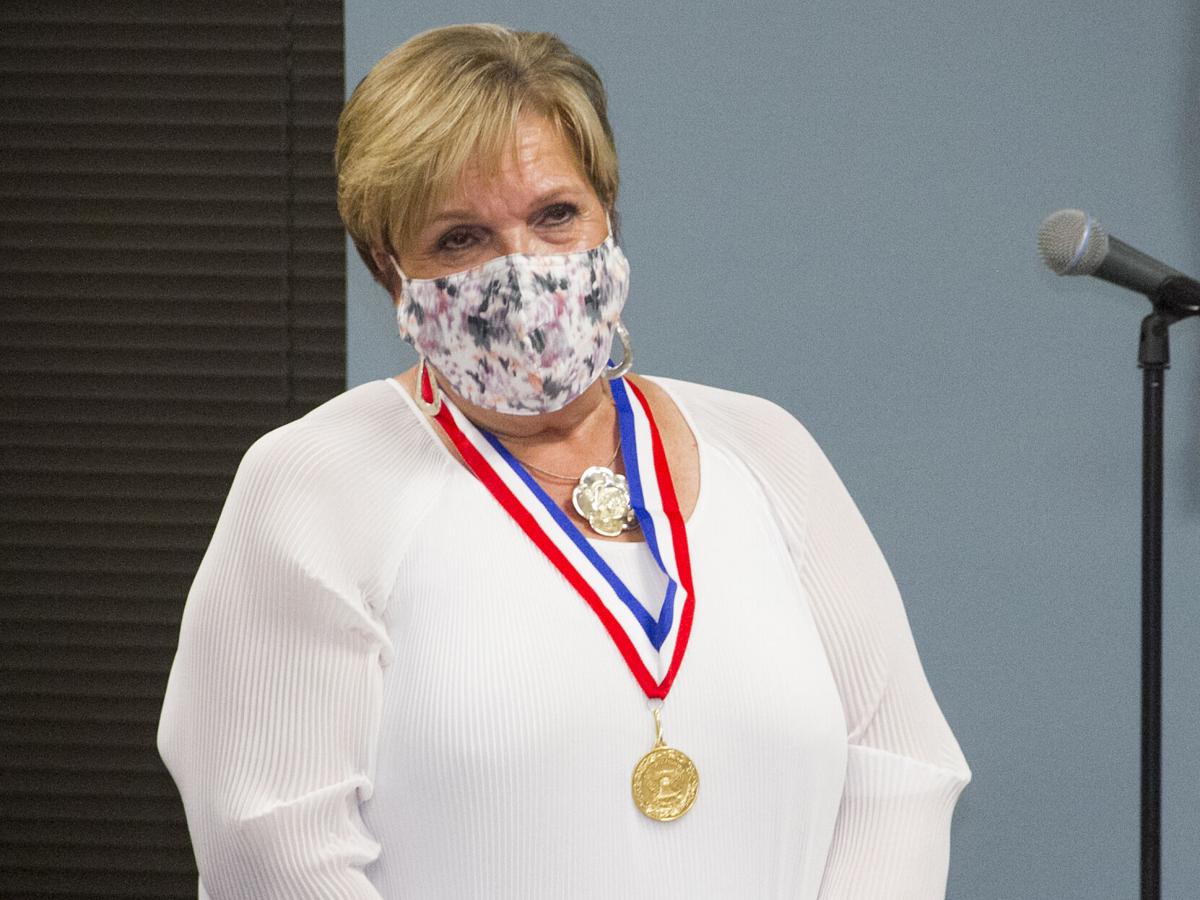 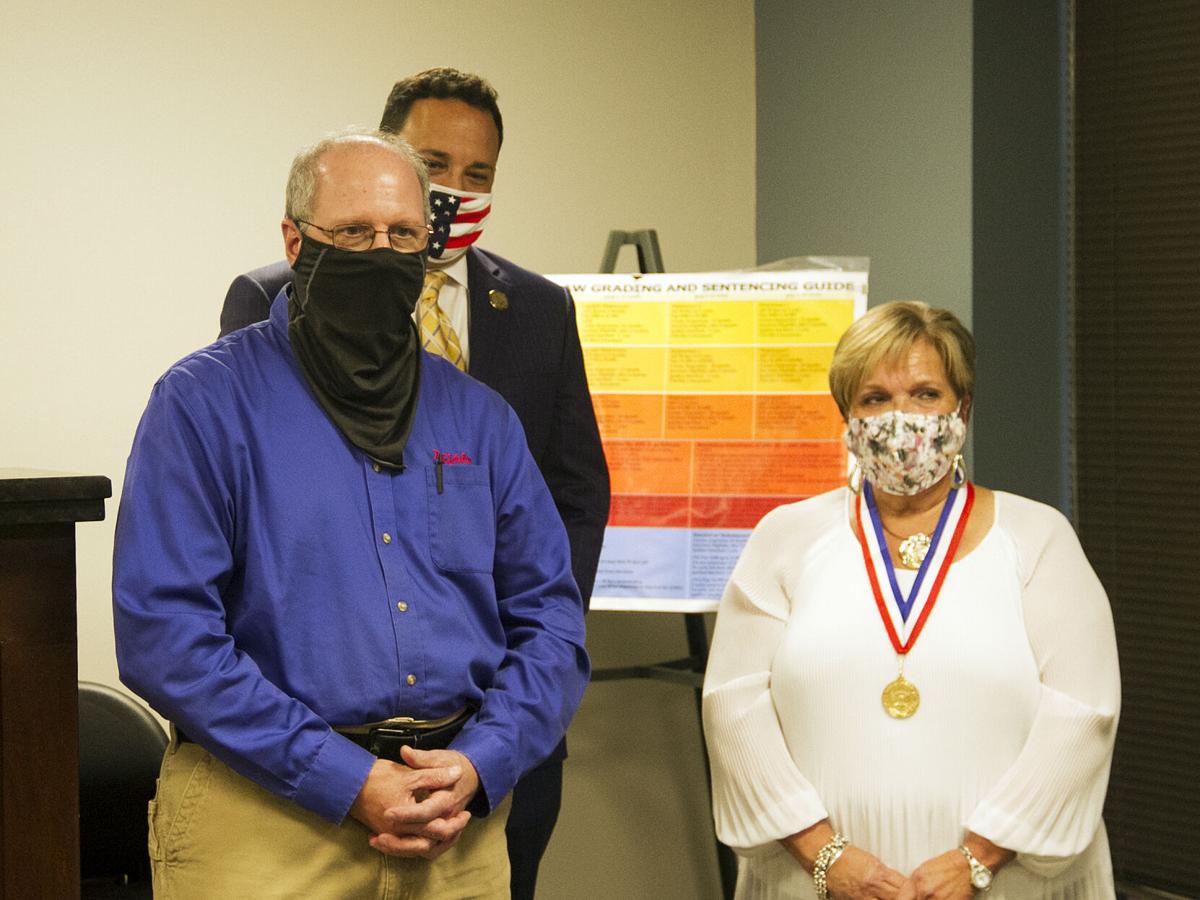 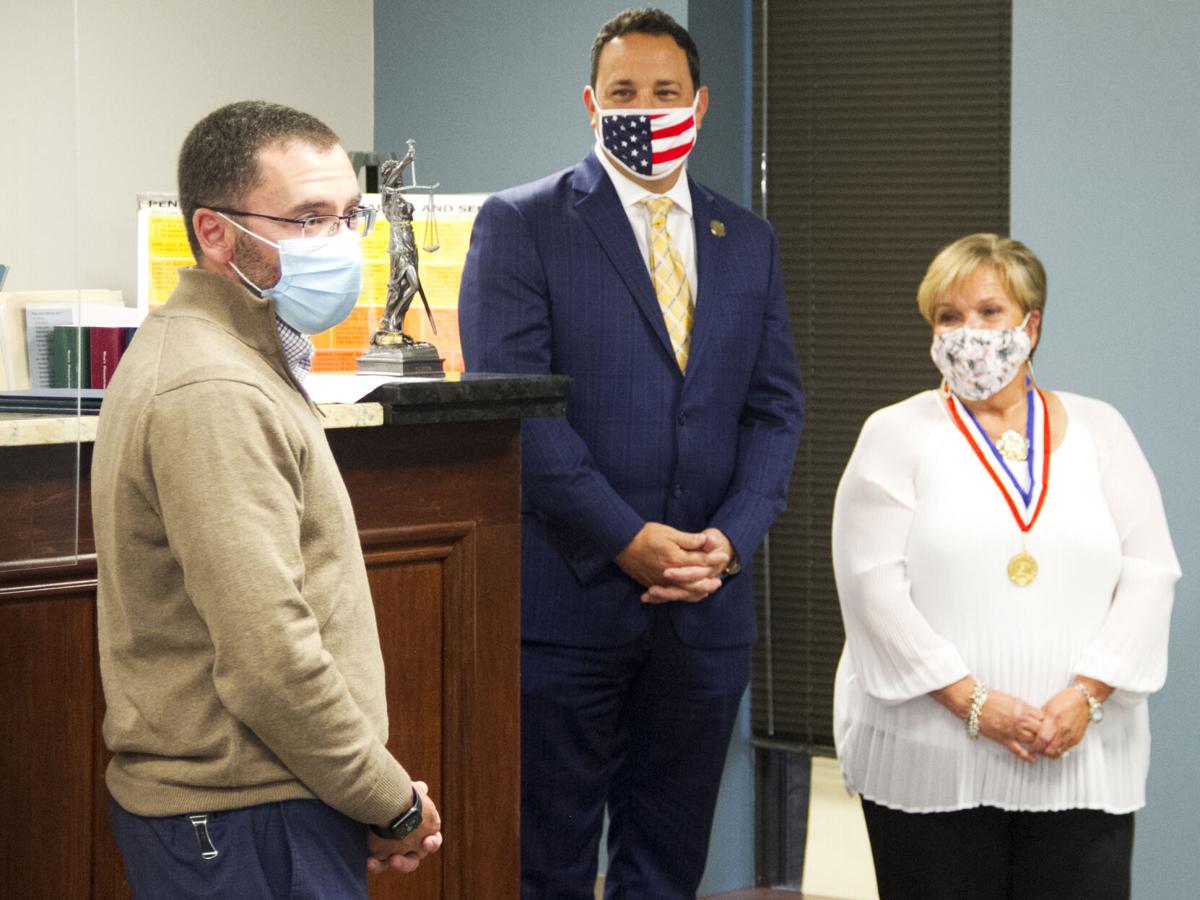 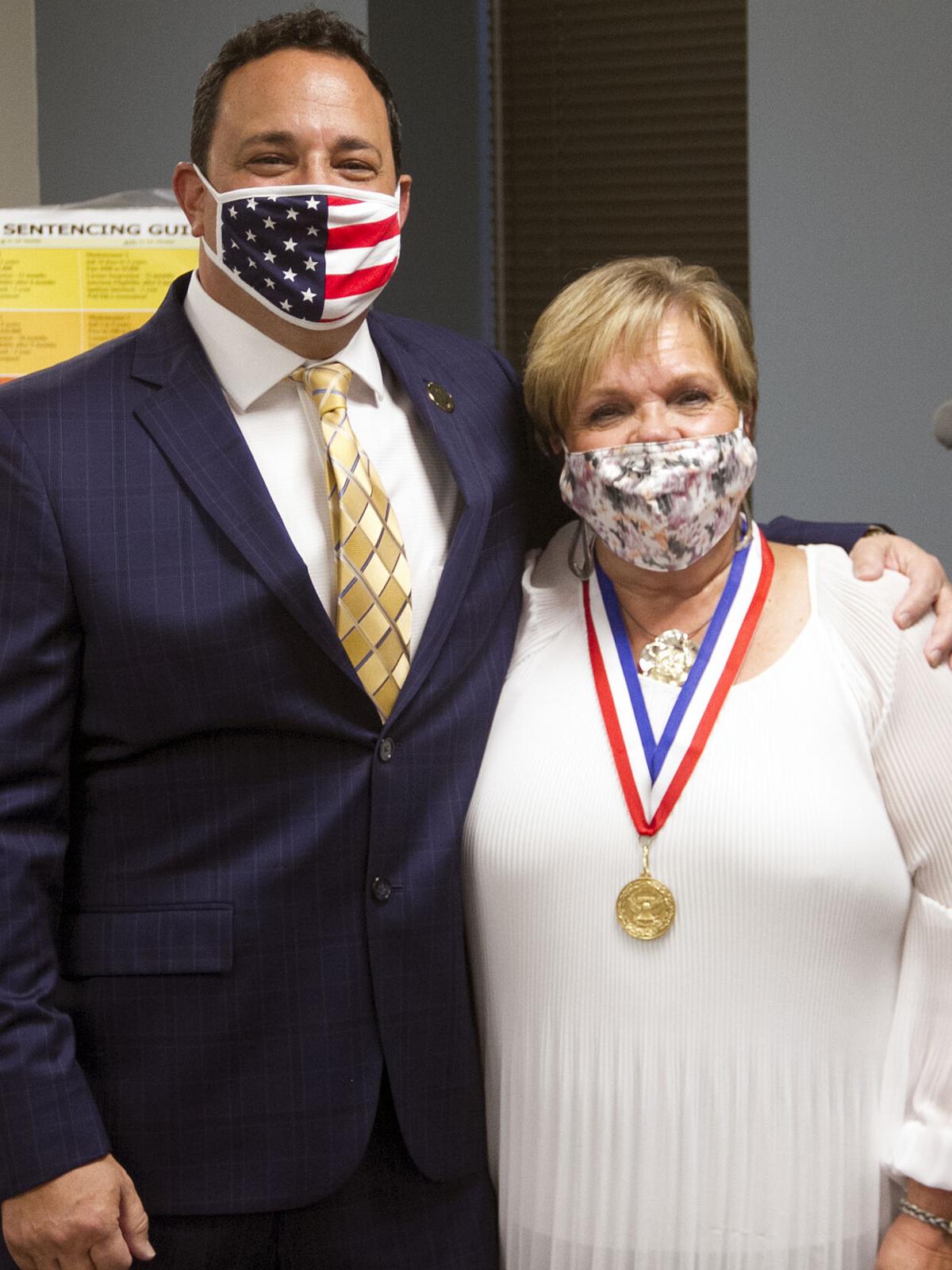 Judge Ronald Arnoni presents citations to Cyd West from the Special Court Judges Association of Pennsylvania and state Legislature in recognition of her award.

For more than two decades, cuisine from Cyd West Comfort Catering has graced many an event in and around the proprietor’s hometown of Bethel Park.

This year, West and her team of employees and volunteers stepped up to make sure her South Hills neighbors were able to continue to eat healthfully during the early part of the COVID-19 pandemic.

“They distributed 400 meals on average every Monday, Wednesday and Friday,” District Judge Ronald Arnoni said, with the eventual total exceeding 10,600. “These were well-balanced meals, too, for kids and adults.”

Arnoni has proclaimed West as one of two 2020 Outstanding Citizens of the Year for Bethel Park. During a series of ceremonies Nov. 19, Arnoni also honored Bethel Park resident Jim Gastgeb, along with Vicki McKenna of Upper St. Clair.

The judge, who has been presenting the awards for four years, offered a quote from West as part of the ceremony

“What goes around comes around,” Arnoni quoted her as saying. “So always remember: If you have a chance to, share your talents and help when you can, and always be kind, because life is a precious gift, and we all have something to bring to the table.”

West had plenty of assistance from like-minded folks who provided assistance at her base of operations, the Library Volunteer Fire Company headquarters in South Park Township.

“There’s no ‘I’ in team. And without the help of everybody – whether it would be clients, residents, my girls, the fire hall, my husband – it just wouldn’t have worked. But it did,” she said. “And we were very proud of what we did.”

She is married to another lifelong Bethel Park resident, Steve West, and they have five children and four grandchildren.

“Cyd has been a very giving person, her mother even said, from a small child. So this does not surprise me one bit,” Steve said.

As part of her ceremony, she was presented by Arnoni with citations from the Special Court Judges Association of Pennsylvania, plus the state Senate and House of Representatives. She also received a gift certificate from DeLallo’s Fort Couch Café, which has supported the Outstanding Citizen of the Year program since it began.

Among those attending the ceremony was Andy Amrhein, who won the honor in 2019. Like the Wests, he is a Bethel Park High School graduate, and a member of many local organizations.

“Cyd is always, always there. No matter what we ask for in the community, she’s the first one: ‘Oh, I can do that!’” Amrhein said. “She never says ‘no.’”