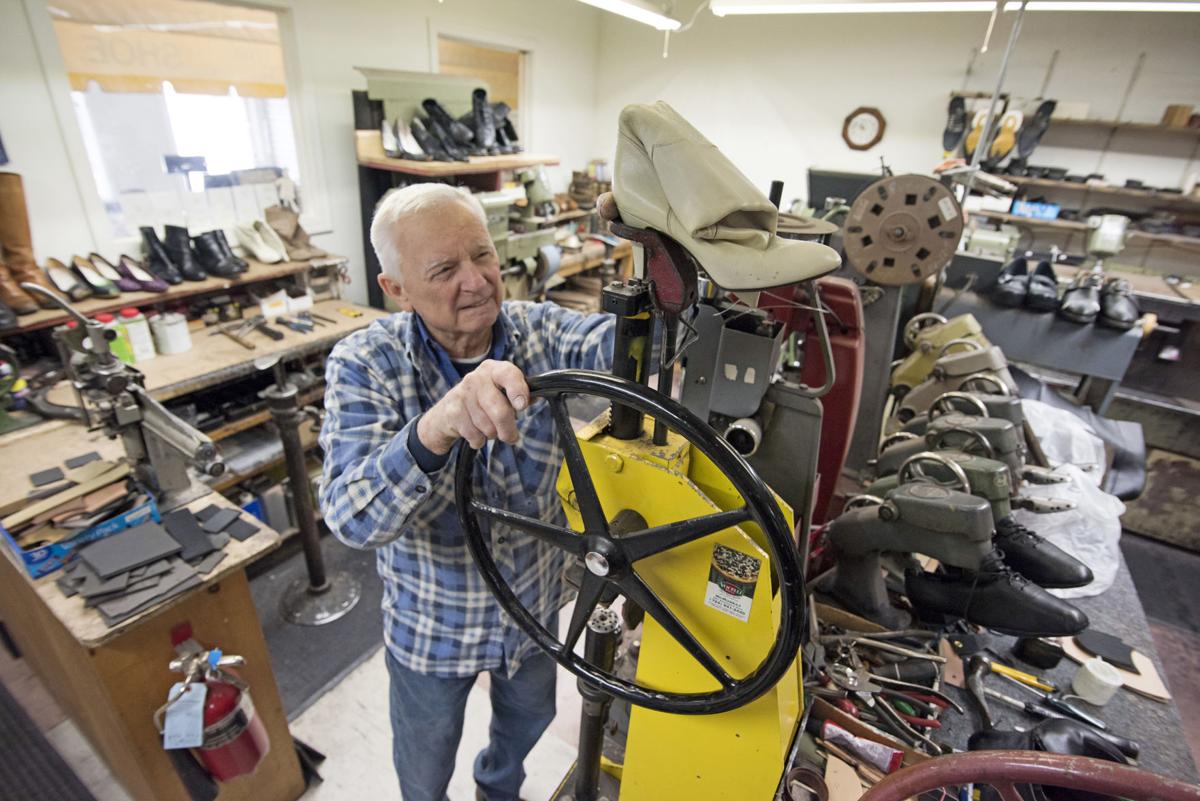 Bill Wells removes a boot heel to be replaced at his business, Charles the Cobbler, in Peters Township in January 2019. 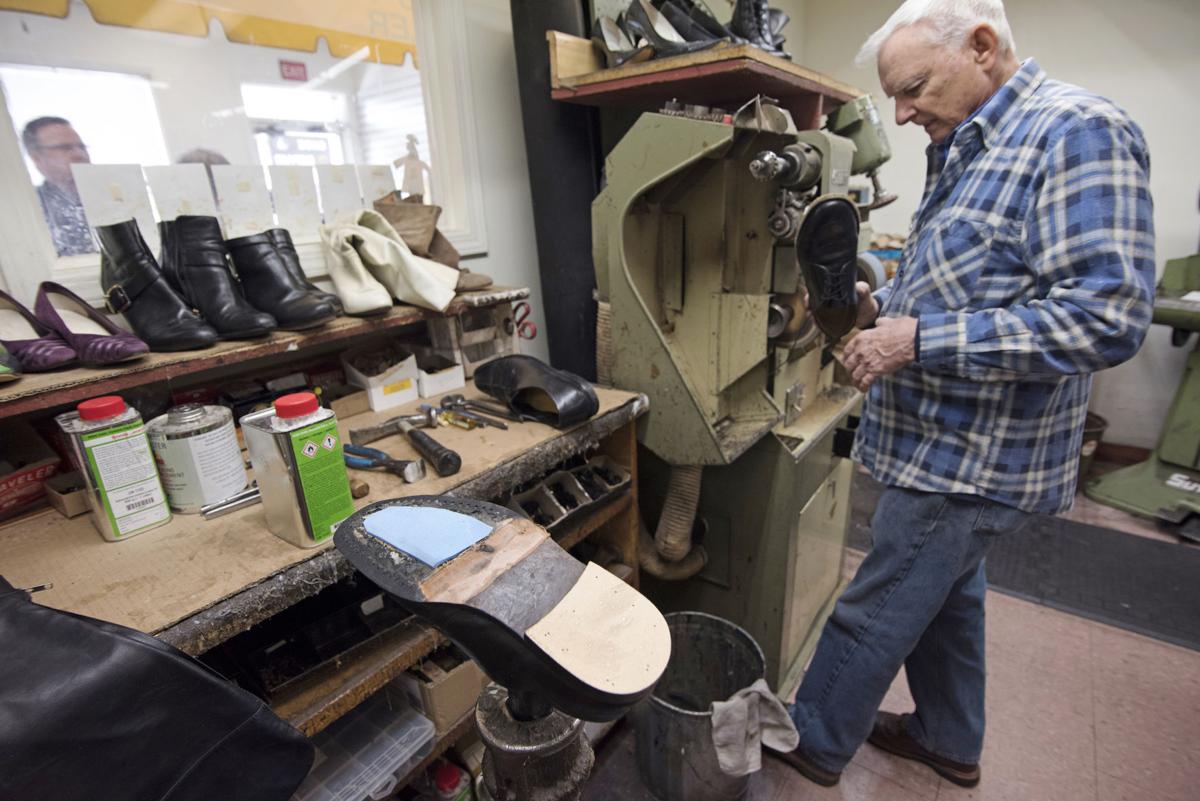 Bill Wells works on a pair of shoes at Charles the Cobbler in Peters Township in January 2019. 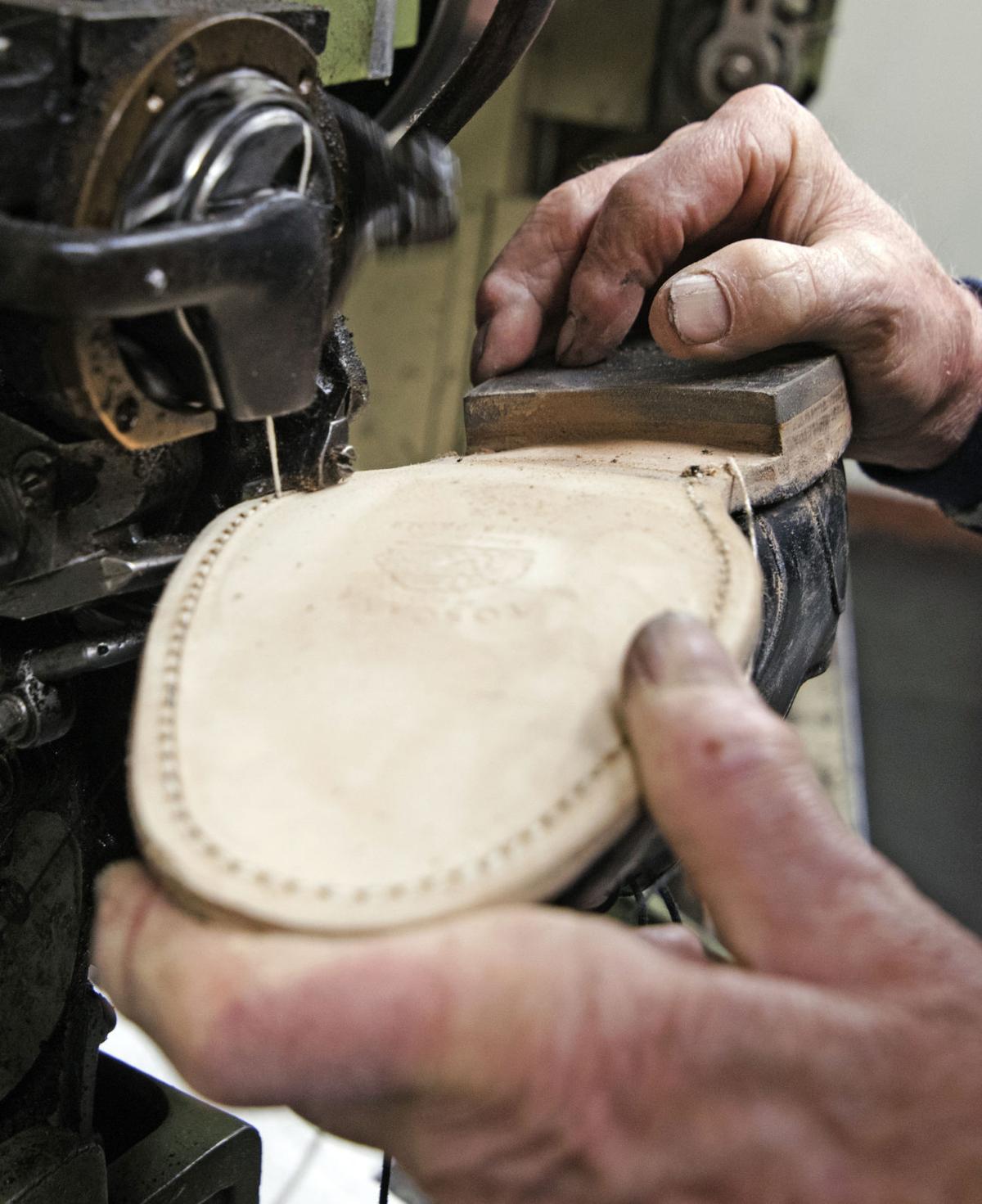 Bill Wells recently stitches the sole of a shoe at Charles the Cobbler in Peters Township.

Bill Wells removes a boot heel to be replaced at his business, Charles the Cobbler, in Peters Township in January 2019.

Bill Wells works on a pair of shoes at Charles the Cobbler in Peters Township in January 2019.

Bill Wells recently stitches the sole of a shoe at Charles the Cobbler in Peters Township.

COVID-19 cut into the heart and soul – and soles – of Bill Wells’ shop on March 21. But not permanently.

Gov. Tom Wolf’s order to close all non-life-sustaining businesses forced the owner of Charles the Cobbler to put his operation on hiatus. No shoe repairs, no shoeshines, no seven-day workweeks for now. He isn’t pleased overall, but pleased to be healthy and contemplating the future.

“Three months,” he said. “It’s been a rough time, sitting around and doing nothing. But my biggest concern is this COVID, or whatever they call it. At my age, I don’t want to get sick. I can reopen later.”

Wells, a jaunty 82-year-old, has been operating the Peters Township shop for 34 of its 74 years. It sits in Krebs Professional Center along Route 19, its third location since he purchased the enterprise from the original owner, an ailing Charles Cancilla, in 1986.

Charles the Cobbler was at South Hills Village then. Wells moved the shop to Donaldsons Crossroads in the 1990s, then relocated it to its current spot in 2001, never changing the name.

He is Bill the cobbler, though – one of the few members of a nearly vanished breed. Wells believes he is the lone surviving cobbler in Washington County – he cannot name another, despite being familiar with the footwear-repair landscape.

Wells once had a staff of 10, but until his doors closed, he did all of the work himself – repairing 300 pairs of shoes a week; repairing belts, leather coats, purses and luggage; shining shoes; and tending to his precious equipment. He is still toiling – like many of us, from home.

“Health-wise, I’m pretty good,” said the staccato-speaking octogenarian. He said he still enjoys the work, “and as long as I can do it, I will do it.”

He concedes, though, that he’d like to cut back, “work at a different volume, not seven days a week like I am now.” And who can blame him.

In addition to that workload, he and his wife, Donna, formerly of McDonald, commute between their Monaca home in Beaver County and the South Hills. That’s been a 100-mile round trip every day for 34 years.

Bill Wells doesn’t travel to his shop as frequently now, dropping by to pick up equipment and shoes he will repair at home – and to shine.

“We have a lot of customers who work at Southpointe, where they still dress up. They bring six to eight pairs of shoes to be shined,” Wells said, unleashing his easy laugh. This wasn’t a dig at anyone employed elsewhere, but an acknowledgement of so many who are working at home during the pandemic and, thus, dressing more leisurely.

His excursions to Krebs Center in the COVID world, Wells admits, border on the eerie. When he’s there, clients look into his shuttered business only occasionally, donning masks. “I don’t know who’s who. And it’s obvious people don’t feel as comfortable as they used to be.”

Despite the long-distance commutes he and his spouse of 53 years have to endure, Wells doesn’t plan to relocate the business closer to Monaca. He said he has a loyal customer base in the Peters area – and beyond.

“We do a lot of shoes,” he said. “We’ve been around here for 34 years, and this location for nearly 20. There are a lot of customers we know around here.”

And from outside Washington County. Wells, contacted at his shop Wednesday, said he has gotten calls recently from customers residing in Kentucky; St. Clairsville, Ohio; New Stanton; and New York state.

“We’re trying to get repaired shoes out of here,” he said. “We’re shipping to people in New York. We have stuff relayed by from one person to another to us.”

Wells learned his trade while delivering newspapers as an 11-year-old in Monaca. A shoe repair store was the last stop on his route, and he was allowed to stay there on cold days if he helped out in some way. So he began repairing shoes.

He worked in the auto industry for years, in jobs that included owning and running a repair shop, before establishing a foothold in the shoe business.

Now Wells is hoping to return to regular work, but not rushing it. He wants to avoid the coronavirus, wants to enjoy life, and wants to continue enhancing the comfort and look of his customers.

But not every day of the week.

“I don’t want to quit working because I like it,” he said. “Sometimes (the shop) feels more like home than home.

“I hope to reopen at some point, but I can’t do as much as I used to do. I’d like to get it down to more of a hobby.”