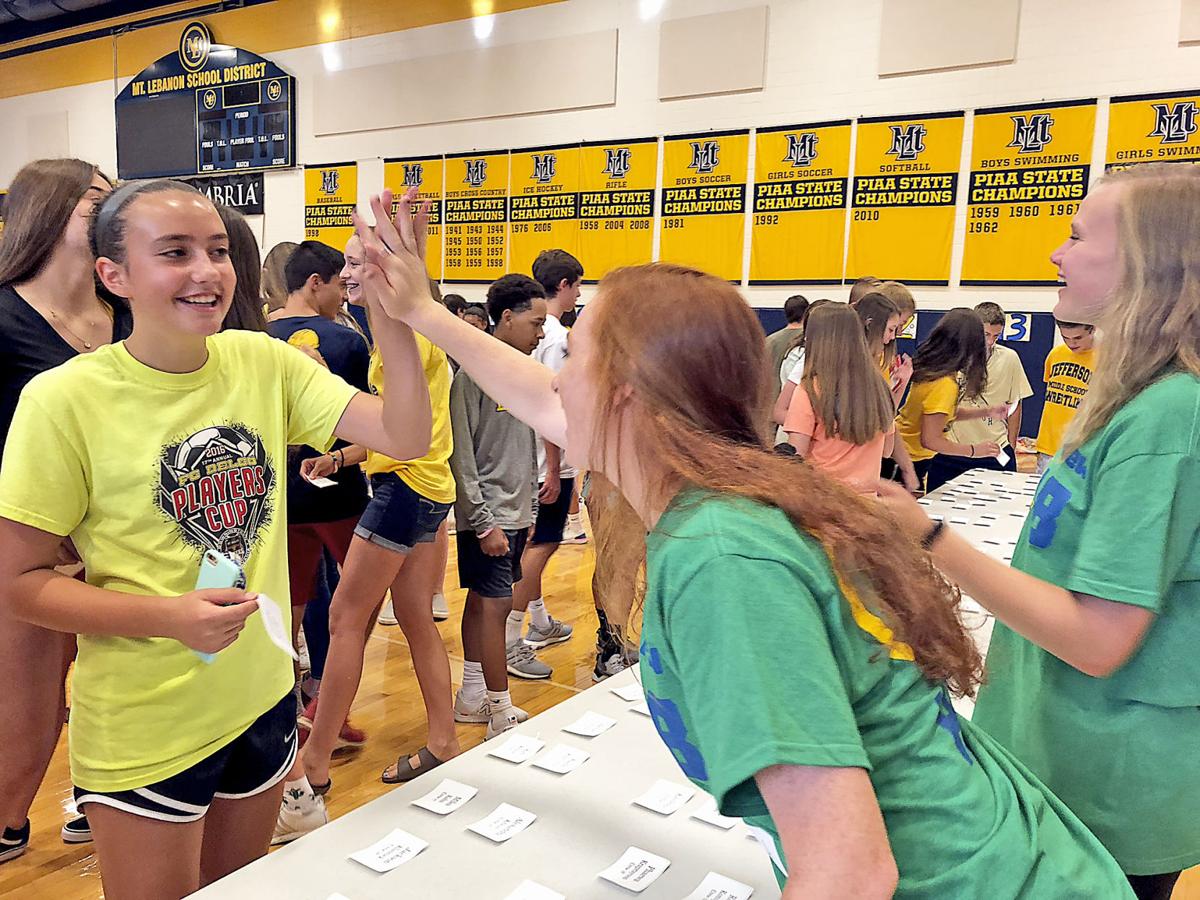 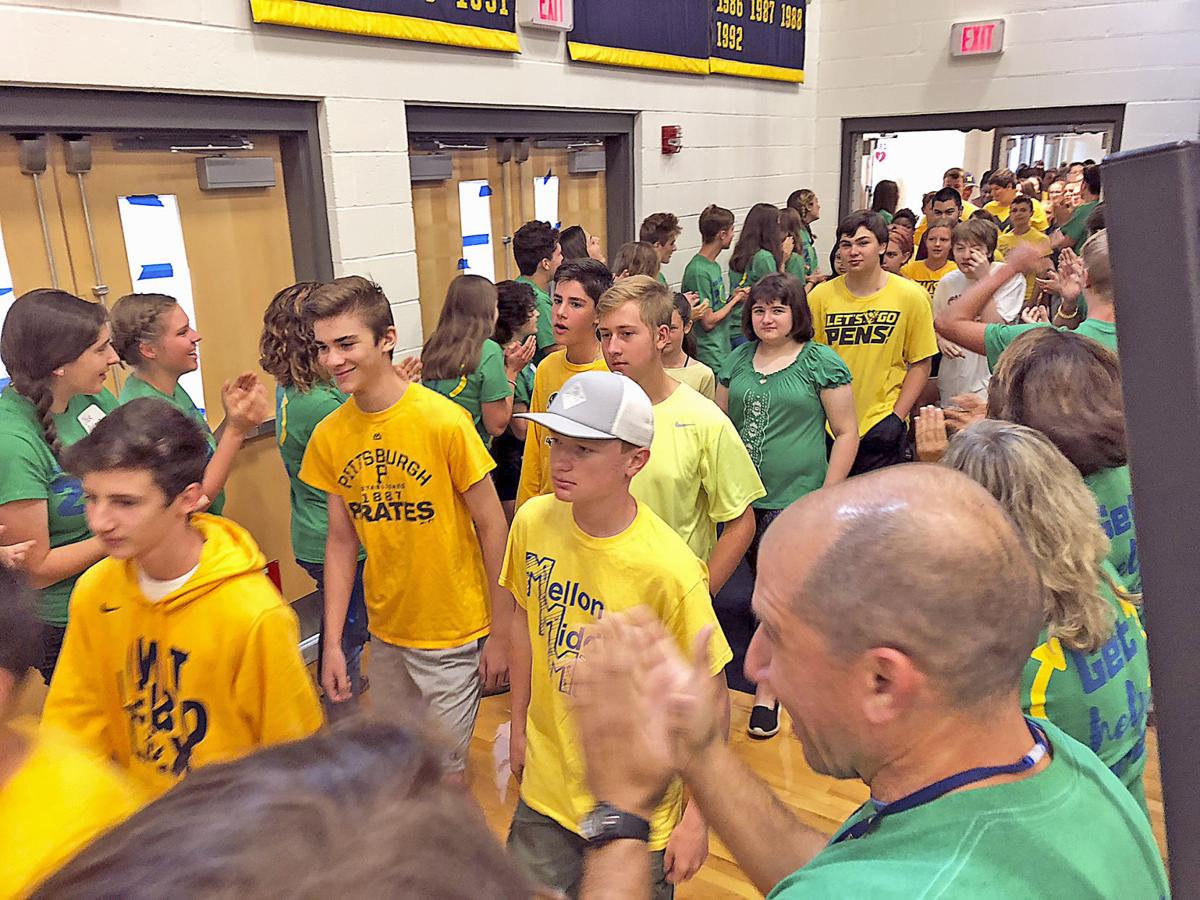 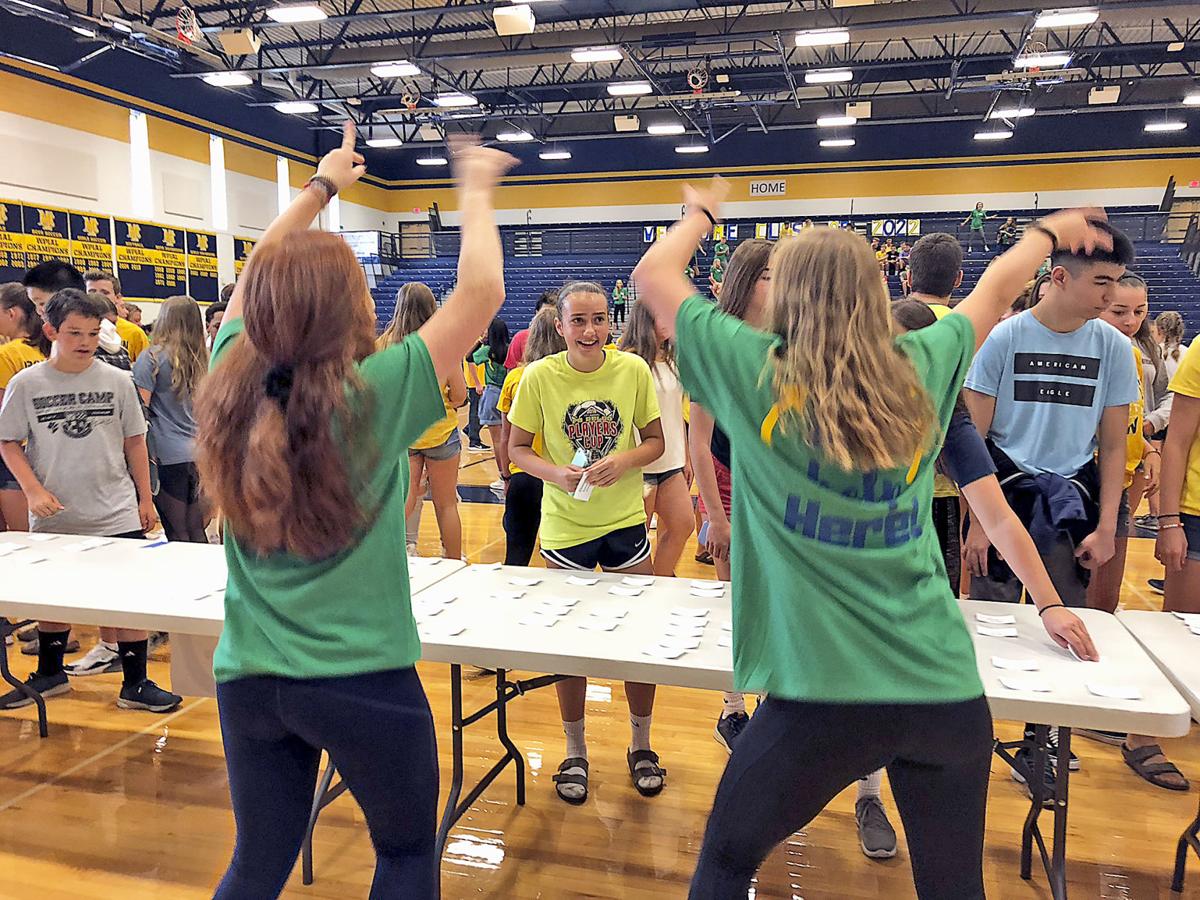 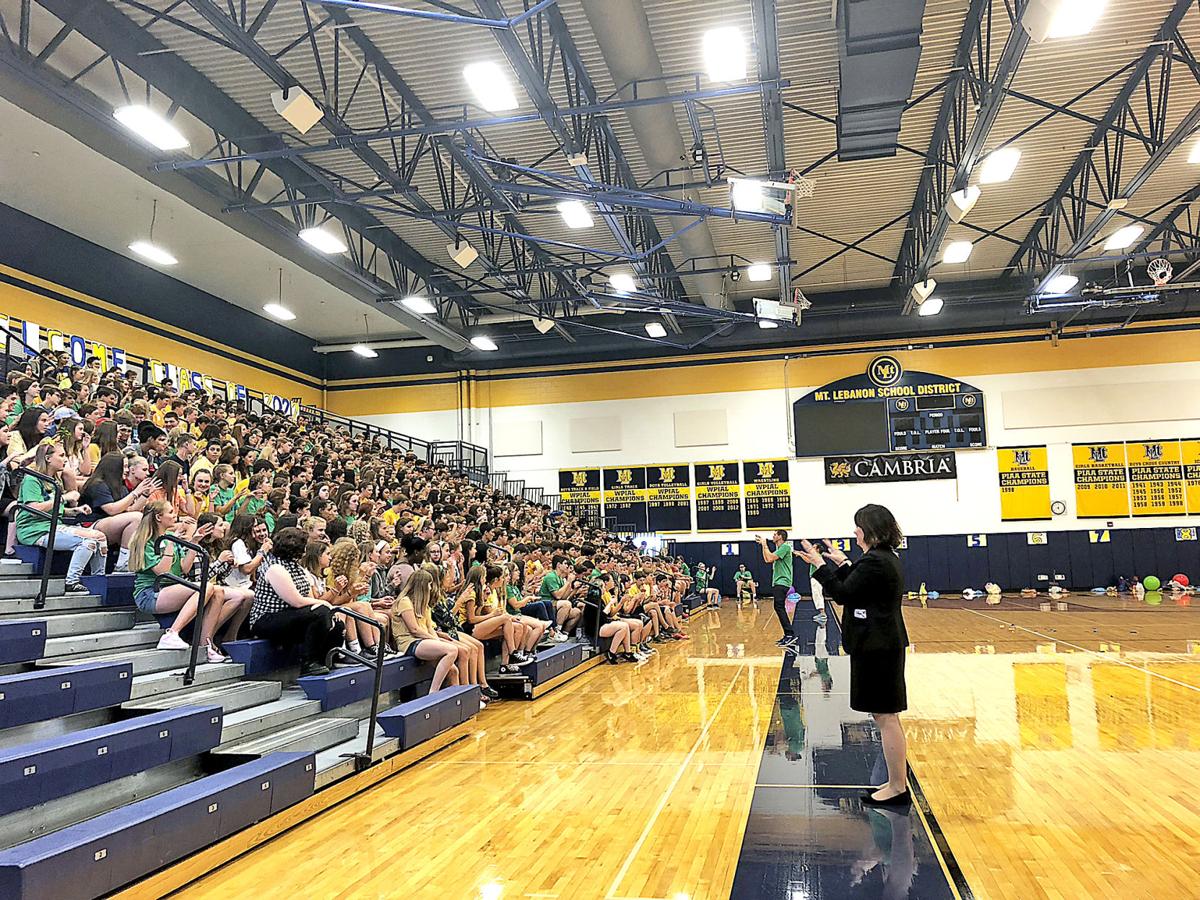 Entering high school is a scary endeavor for any incoming freshman, but the experience can be all the more intimidating if you’re one of 450 others.

But the class of 2022 at Mt. Lebanon was greeted Aug. 22 by juniors and seniors with big smiles and high fives.

Members of the Link Crew were on hand at orientation, but that’s not the last time they’ll see their freshman buddies. The older students serve as peer mentors for the duration of their younger counterparts’ first year in high school, helping ease the transition to such a large building.

“Welcome everybody to Mt. Lebanon High School. It’s going to be a great day!” one mentor exclaimed as students streamed into the gymnasium. Instead of an intimidating first experience, the event had the atmosphere of a pep rally with dancing, clapping, cheering and upbeat music.

It serves as one big icebreaker for the freshman class. Junior Jessie Gilboy said that she remembered how nervous she was entering high school and how comforting it was to have an upperclassman to talk to.

“I wanted to do that for someone else,” she said as to why she decided to become a Link Crew leader. She wants to impart to her mentees that though they need to work hard, their class doesn’t define them and it’s not as bad as they think it’ll be.

Librarian Christy Smith serves as one of the coordinators of the program, which she said isn’t simply passing out schedules. It’s about making a connection, which puts parents’ minds at ease.

“They know their kids are in good hands with our Link leaders,” Smith said.

The program has been in place for six years now. Principal Brian McFeeley said it helps to have connections to their fellow freshmen and upperclassmen from the onset, having someone they trust to turn to when they have questions in addition to the staff. They also participate in social activities and a football tailgate. The activities are a mix of fun and informational.

Several other South Hills area schools have similar welcome activities and programs for their incoming freshman classes. Bethel Park has a day for eighth-graders to tour and eat lunch in their new building before the year ends, along with orientation and assemblies ahead of the new school year. Upper St. Clair has about 60 peer mentors, each assigned to a homeroom to help incoming students.

New this year at Peters Township, the school has implemented a similar mentor matching orientation, modeled off of Mt. Lebanon. Counselor Alyssa Simmons said that two or three ambassadors are connected to a group of around 10 freshman students, and she tries to get a range of ambassador grades to assist the incoming students.

A Peters Township graduate herself, Simmons said she was inspired by the way freshmen are introduced to a college setting, getting acquainted with the campus and culture. Through some student council funds, Simmons will soon get Link Crew training, but she knew she wanted to implement a program before that. She was amazed at the student response and how the ambassadors connected with their groups.

New upperclassmen were also paired with a senior ambassador.

Leyna Seffen, dean of college and career readiness at Peters, said the ambassadors, in addition to gaining valuable leadership skills, also learn to problem solve, making sure all their mentees feel included and welcome. They learn to reach out when someone in their group is struggling. They will meet at least four times throughout the year, at the start of the quarters, to check in on goals and go over topics that new high school students often struggle with, such as managing technology and making new friends.

Simmons said that students feel empowered to stop someone in the hall and ask for help or have someone to sit with during lunchtime. The groups help the freshman class meet not only older students, but also each other.

More schools should implement similar programs to ease some of that first-day apprehension, Simmons said, because their ambassador program helped pave the way to a positive start to the school year.

Trista Thurston oversees digital content and assists in revenue generation for Observer-Reporter and The Almanac.