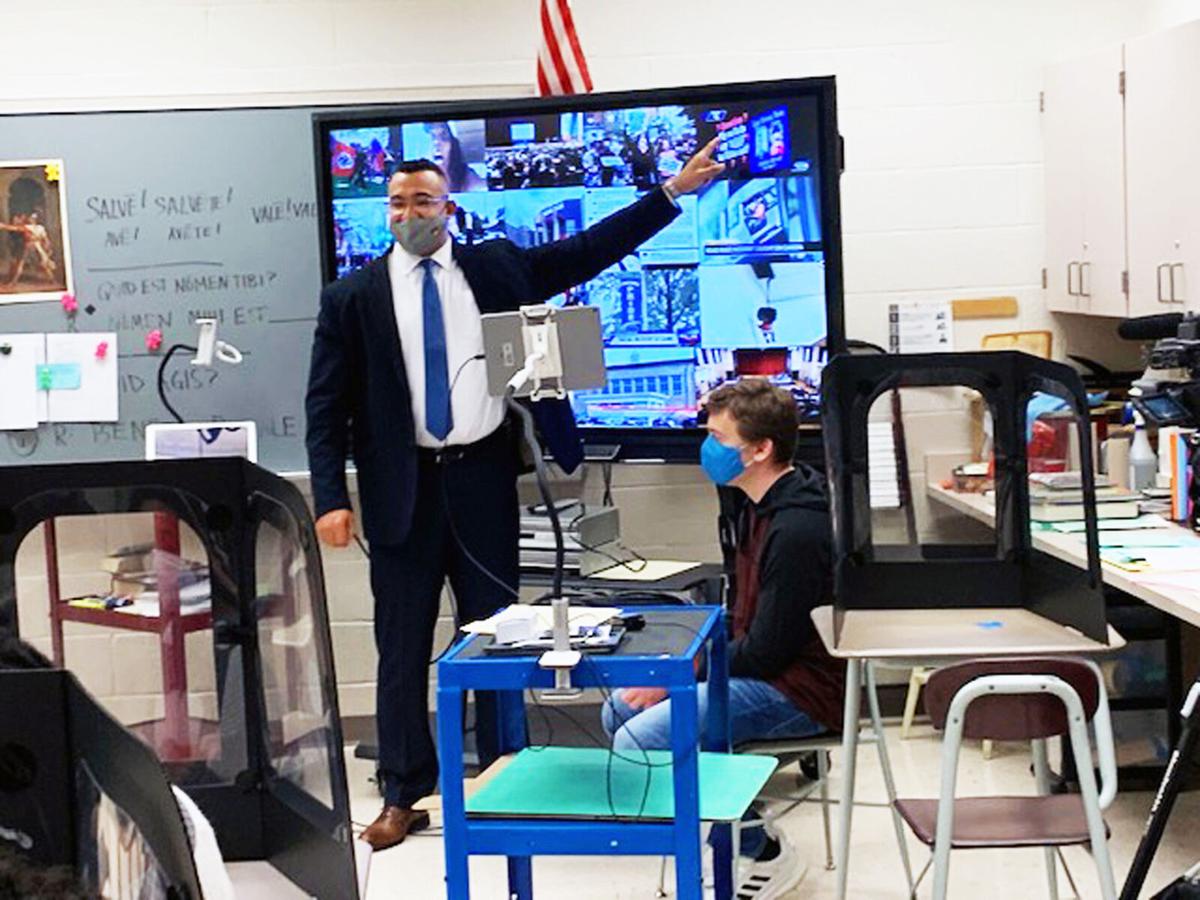 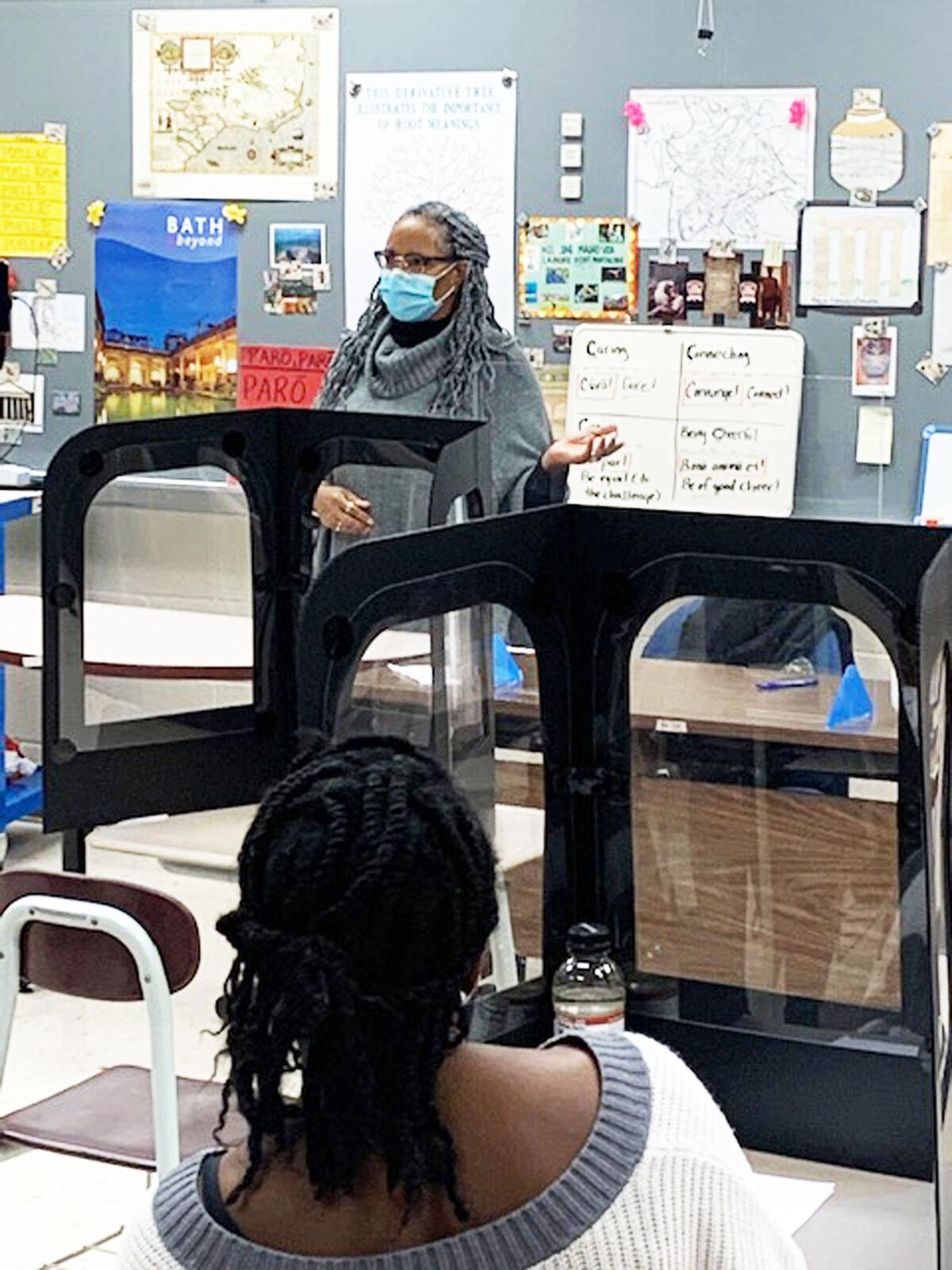 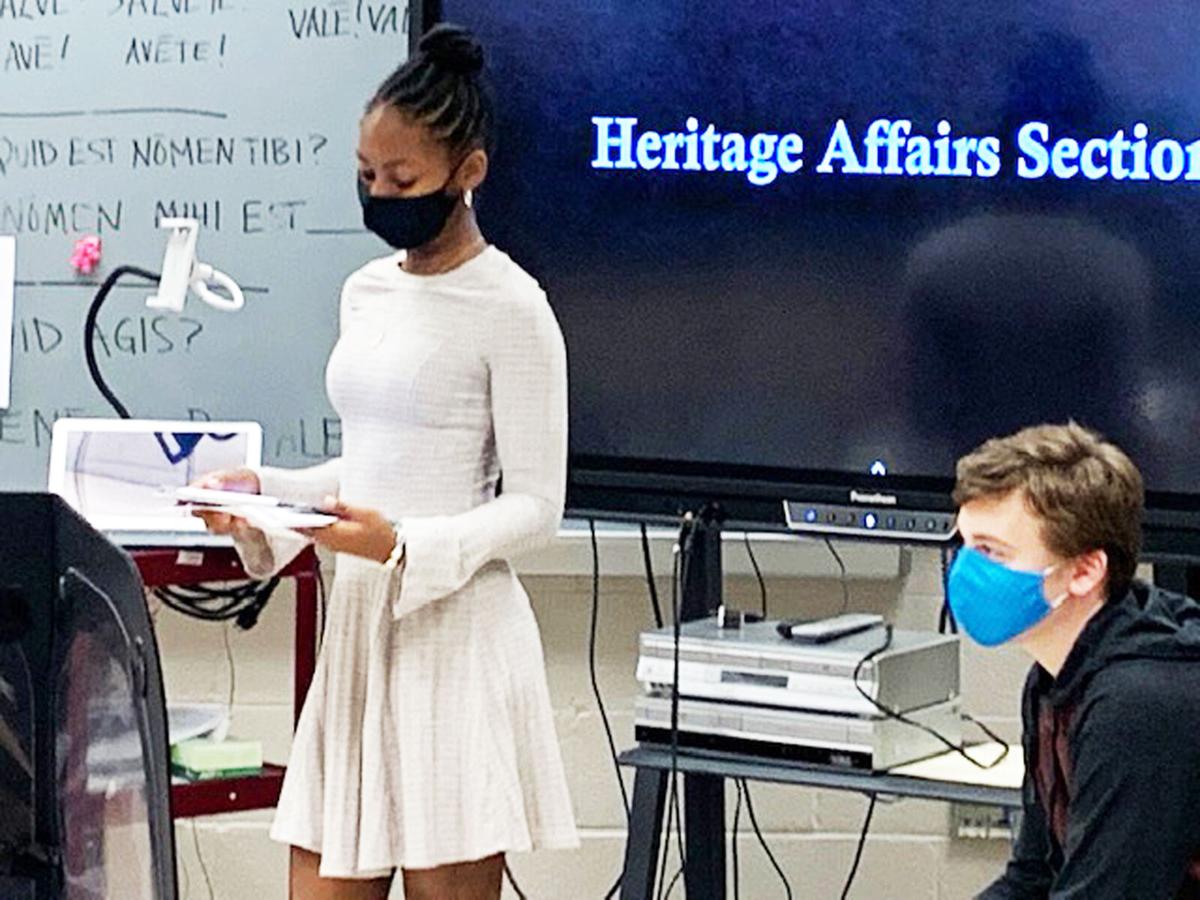 During a recent visit to her high school alma mater, Leatrice Thomas talked about growing up in Upper St. Clair.

The first Upper St. Clair High School graduating class was in 1960, and it took until 1973 for Thomas to become the first African-American alumna. Today, she is retired after 35 years as a special education and mathematics teacher in Canon-McMillan School District.

She returned to Upper St. Clair as one of two special guest speakers to culminate Black History Month at the high school. Joining her was Cpl. Aaron Allen of the Pennsylvania State Police.

“He has a whole different experience that he talked about, largely with his job as a heritage affairs liaison officer,” Zelenski said. “He talked to the students about the importance of relationship building and community building, and to try to break down stereotypes and break down barriers.”

Allen, who was appointed to his position in August, is one of four state troopers serving as heritage affairs liaison officers. At Upper St. Clair, he discussed situations with current relevance, some of which have involved him personally.

“It was really eye-opening for the students,” Zelenski reported. “While he was a very, very different speaker, and we did that on purpose, the messaging still came around to respecting others and understanding differences.”

Programs for both the speakers were recorded and presented by video to all students Feb. 25 and 26, the final two school days of Black History Month.

“Last year was our first year of doing something major for Black History Month, and I wanted to keep that tradition going,” Zelenski said. “This was really based on educating students on the achievements and the experiences of Black Americans. That was probably the main goal, but also, make students aware of biases, both explicit and implicit.”

Earlier in the month, students had the opportunity to win gift cards by participating in a Black Historical Figures contest.

Each morning, a student would give an announcement providing a clue. Classmates then could access information about the historical figures by scanning the QR codes on student-created posters, the work of Evie Ellenberger and Phina Darko, displayed throughout the building.

Students Jude Paglia, Molly Maher and Ashvita Saxena read clues over the school’s public address system for the historical figures contest, and Kahra Loding created a video related to Black History Month that will be shown at a follow-up event later this year.

In addition to her poster artwork, Evie Ellenberger read poems at the beginning of each guest speaker’s presentation, “Frederick Douglass” by Robert Hayden and “won’t you celebrate with me” by Lucille Clifton.

Cadence Golden helped to moderate the events, along with completing many of the behind-the-scenes details for the historical figures contest. Also moderating were Isaac Bernstein, Molly Maher and Eva Rankin.

Following the video presentations on Friday, students were able to share their reflections online via a Google Form, and Zelenski reported more than 600 responses.

“We had a lot of people saying that they’re happy because we did something for Black History Month, and it’s needed,” he said.