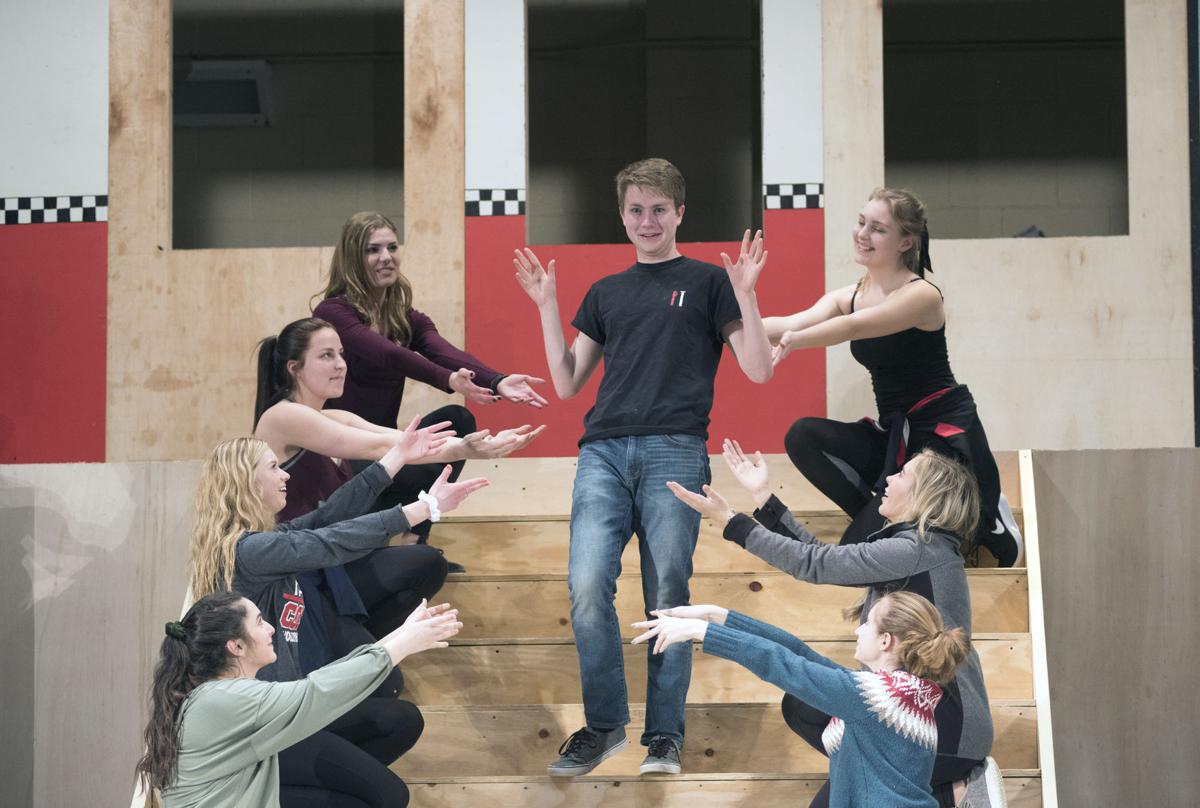 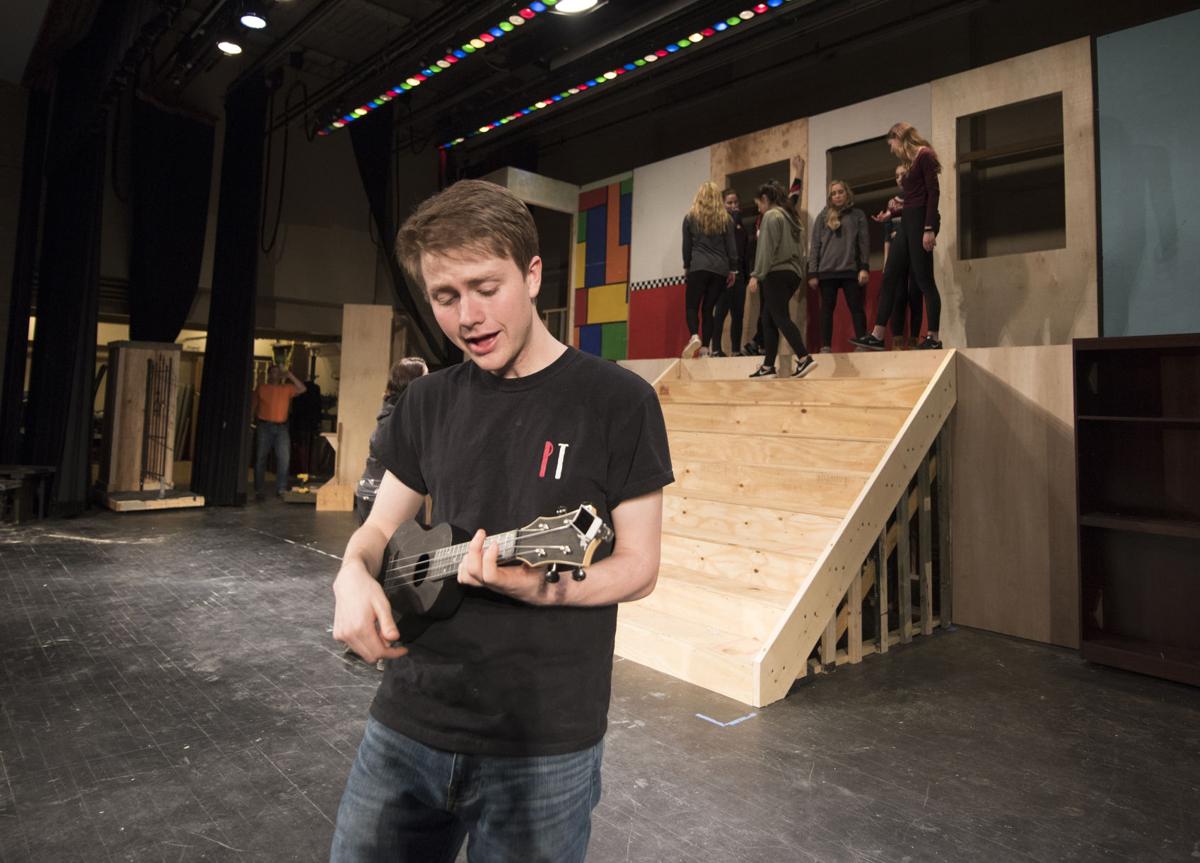 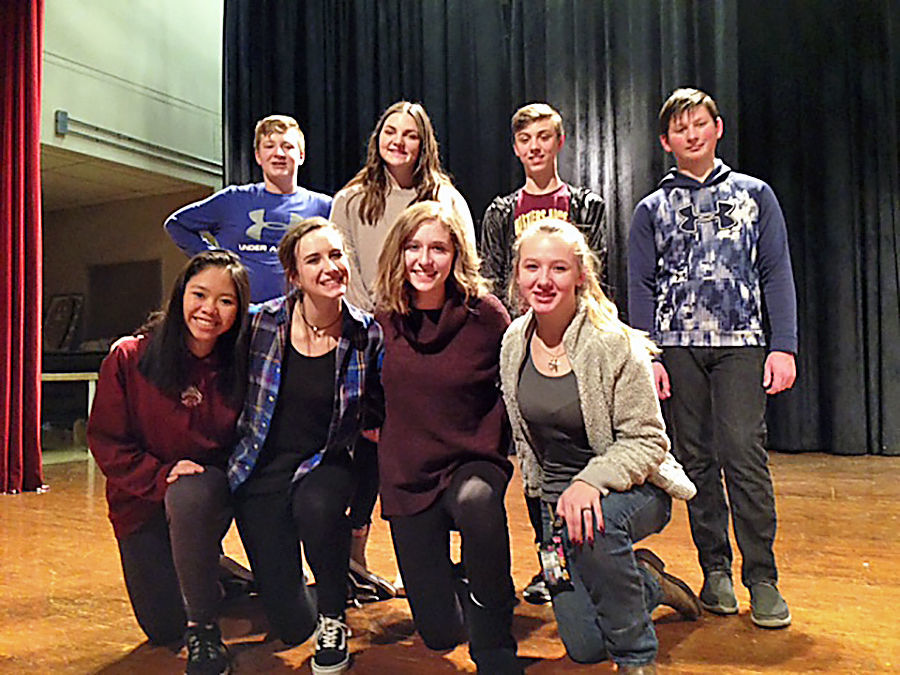 Chartiers-Houston High School is staging “Hello Dolly!” with its performances scheduled on March 15-17.

Anyone who had difficulty finding or affording a ticket to “Hamilton” when a touring production of the blockbuster musical was in Pittsburgh in January could have taken comfort in the thought that, well, one day it would be on a high school stage near them.

The notion, actually, isn’t all that far-fetched.

While a high school production of “Hamilton” is still a long ways off – it still has to play out its string on professional stages and, almost certainly, in movie theaters – it could very well happen eventually if recent history is any guide.

Consider that 30 or 40 years ago the repertoire of musicals performed by American high schools consisted largely of comfort food that had been on Broadway back when Franklin Roosevelt or Dwight Eisenhower were in the White House. Was there a high school in the land that didn’t perform “Oklahoma!”? Or “The Music Man”? Or “Guys and Dolls”? Shows along those lines were safe, well-loved, and contained nothing that would rankle parents or grandparents who would be purchasing tickets.

In the decades since the 1970s and 1980s, however, high school musicals have taken on a more contemporary flavor. Sure, the old warhorses like “Oklahoma!” still get trotted out, but high schools in the region and across the country have embraced fare that is more fresh and up-to-the-minute than the fossils of yesteryear.

Over the last couple of years, high schools in Southwest Pennsylvania have presented musicals based on animated hits like “Beauty and the Beast” and “Little Mermaid,” and the made-for-TV movie “High School Musical.” Other productions of fairly recent vintage, such as “Legally Blonde,” “Mamma Mia!,” “Young Frankenstein,” “Dirty Rotten Scoundrels” and “Hairspray,” have also been produced.

“There’s a new crop of shows, so they’re jumping at it,” said Greg Bossler of the Cincinnati-based Educational Theatre Association, a professional group for leaders of school drama programs.

The number of years before a commercially successful musical becomes available for high school use varies greatly, according to Jim Hoare, the executive vice president for education and community initiatives at the licensing agency Theatrical Rights Worldwide.

“The rights holders for some hit shows may decide to release the rights for high school productions early — even while the show is on tour,” Hoare said. “But this is a rare occurrence.”

He pointed out that touring companies and professional and regional theaters usually have first dibs on shows before amateur and high school groups, so the rights could be released as soon as a year or two after a Broadway run, or as long as 10 years. And when that happens, the productions are frequently adjusted for use on high-school stages. Troublesome language can be excised, Hoare said, and the keys to songs can be changed to those better suited to adolescents. Then, the final result is “field tested” to make sure it will work in a high-school environment.

In 2017, the association tabulated the most popular high-school musicals in the country and found that “The Addams Family,” was the most widely presented, followed by “Beauty and the Beast,” “Shrek,” “Seussical,” “Cinderella,” “The Little Mermaid,” “The Wizard of Oz,” “Into the Woods,” “Little Shop of Horrors” and “Grease.” When it comes to full-length, nonmusical plays, “Almost, Maine,” an anthology of short scenes that look at love and loss, leads the pack, followed by “A Midsummer Night’s Dream,” “The Crucible,” “You Can’t Take It With You,” “Alice in Wonderland,” “Peter and the Starcatcher,” “12 Angry Jurors,” “A Christmas Carol,” “Macbeth” and “Our Town.”

One advantage more contemporary musicals have over their predecessors is a larger variety of meaty roles, according to Ray Cygrymus, a music teacher at McMurray Elementary School and the director of Peters Township High School’s production of “The Addams Family,” due to be presented March 15-18.

“The problem with those old musicals is you had a male lead and a female lead,” Cygrymus said. “And the other parts were much smaller than that, and they don’t get as much stage time.”

Most high schools will start putting on musicals in March and will continue through April.

This year, Upper St. Clair High School is going old-school by doing “Hello, Dolly!” on Friday through Sunday, and again on March 7-9. Thomas Hunsberger, a classroom music and choral director, said they use a “multi-step” approach when they choose musicals. The process gets going with a vocal screening in September. Students are asked to prepare a song that best fits their voices. Based on this round, the list of possible musicals is whittled down to three or four “that we believe will fit the talent that we have,” Hunsberger explained, and they pull together a list of songs for the next round of auditions.

“Our goal is to select a show that will showcase that we have in the best way possible, while providing a challenge that will help the students grow as performers,” Hunsberger said. “We also like to ensure that students who participate in musicals for all four years experience a variety of different styles.”

Chartiers-Houston High School is also staging “Hello Dolly!” with its performances scheduled on March 15-17. Nancy McGill, a music teacher, is directing it along with Jill Keefer, a member of the community. Like the other schools, they chose “Hello Dolly” because they thought it would interest students and the community, and they would be able to cast “as many kids as possible,” McGill said.

The school is paying for an orchestra, so choosing something that has broad-based appeal is not a luxury, but a necessity, McGill explained.

“We need to sell tickets in order to keep it going,” she said.

Another necessity: “We are strictly interested in G-rated productions, and we want to send a positive message for the kids.”

Peters Township High School will occasionally present musicals that are at least PG-rated, Cygrymus said, pointing to the school’s staging of “Les Miserables” a few years ago.

“We don’t do anything that would ruffle too many feathers,” he said.

Generally, the school tries to alternate between contemporary and classic musicals from year to year, giving students a taste of what’s recent and what excited audiences decades ago.

And Cygrymus doesn’t rule out the possibility that, yes, “Hamilton” will one day be presented at Peters Township High School.

“That’s definitely something in the future,” he said.