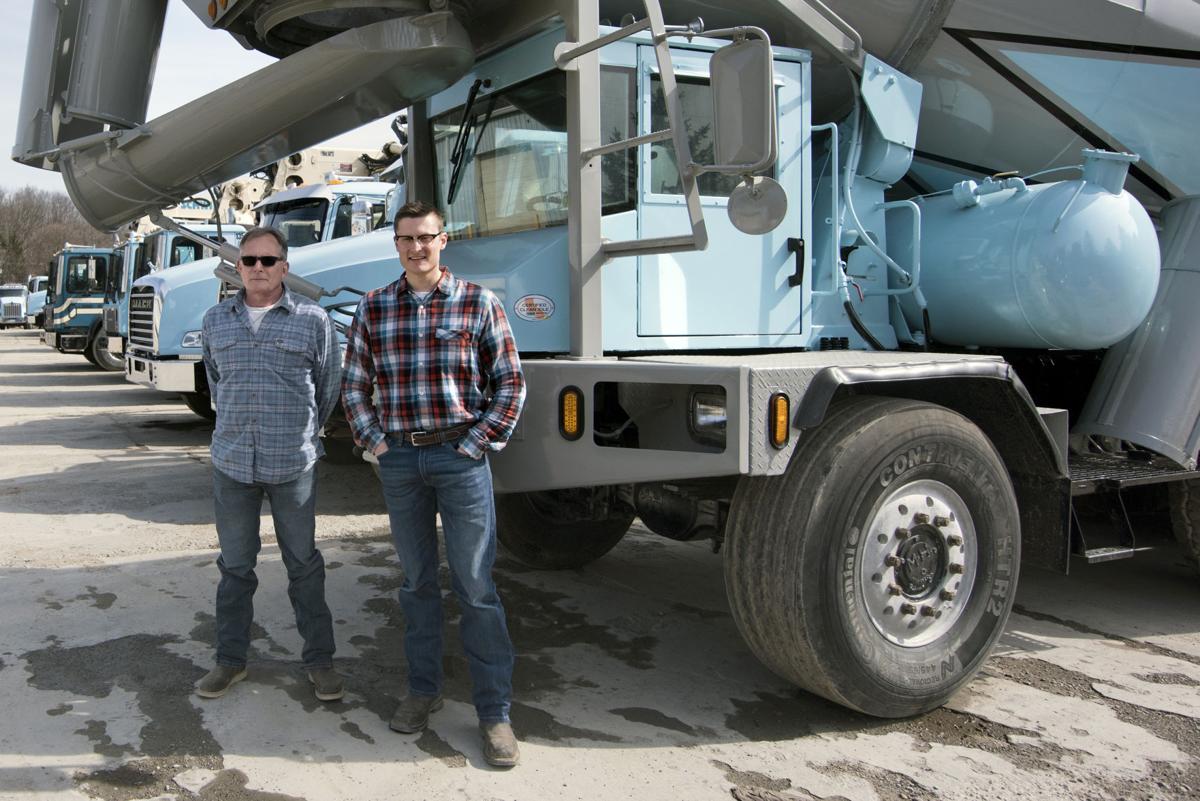 Frank Howard Jr., left, the founder and president, and his son, Frank III, the treasurer, are in charge of Howard Concrete Pumping Co. in Cuddy. 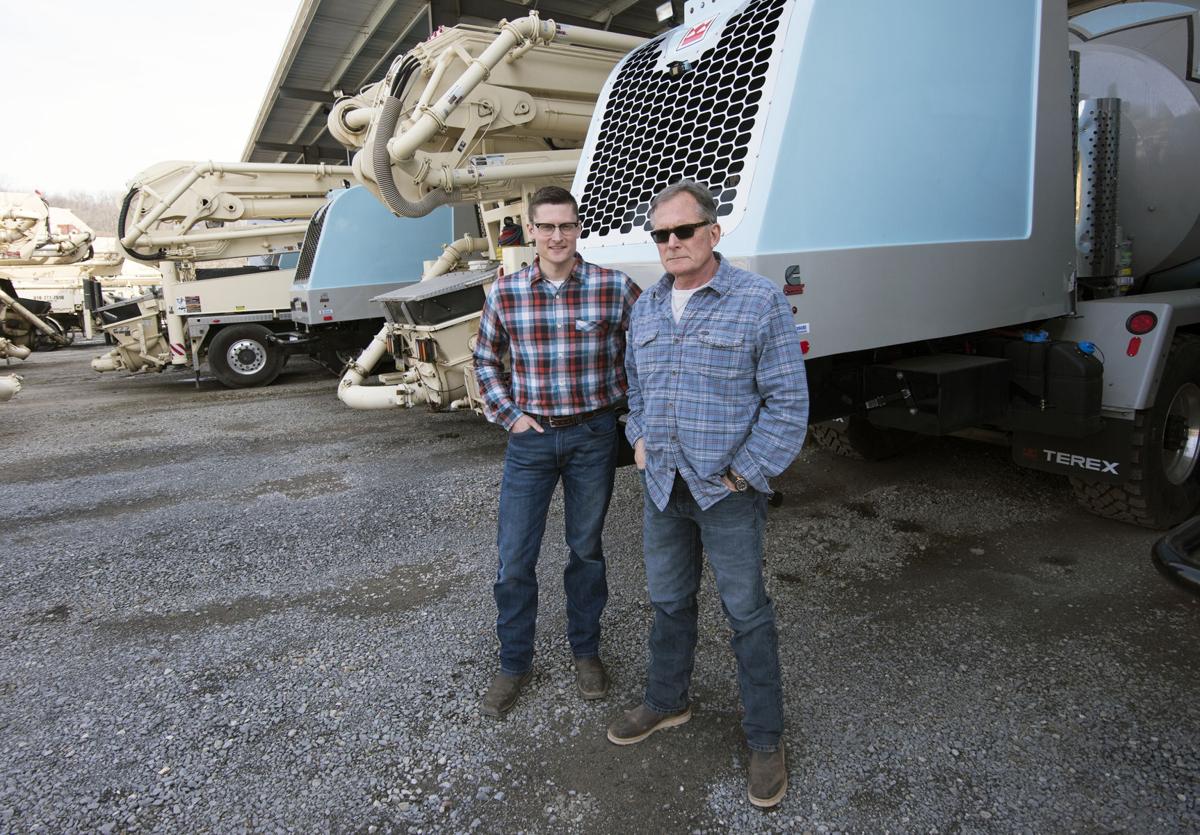 Howard Concrete Pumping Co. keeps on trucking in Cuddy under the guidance of Frank Howard Jr., right, and his son, Frank III. 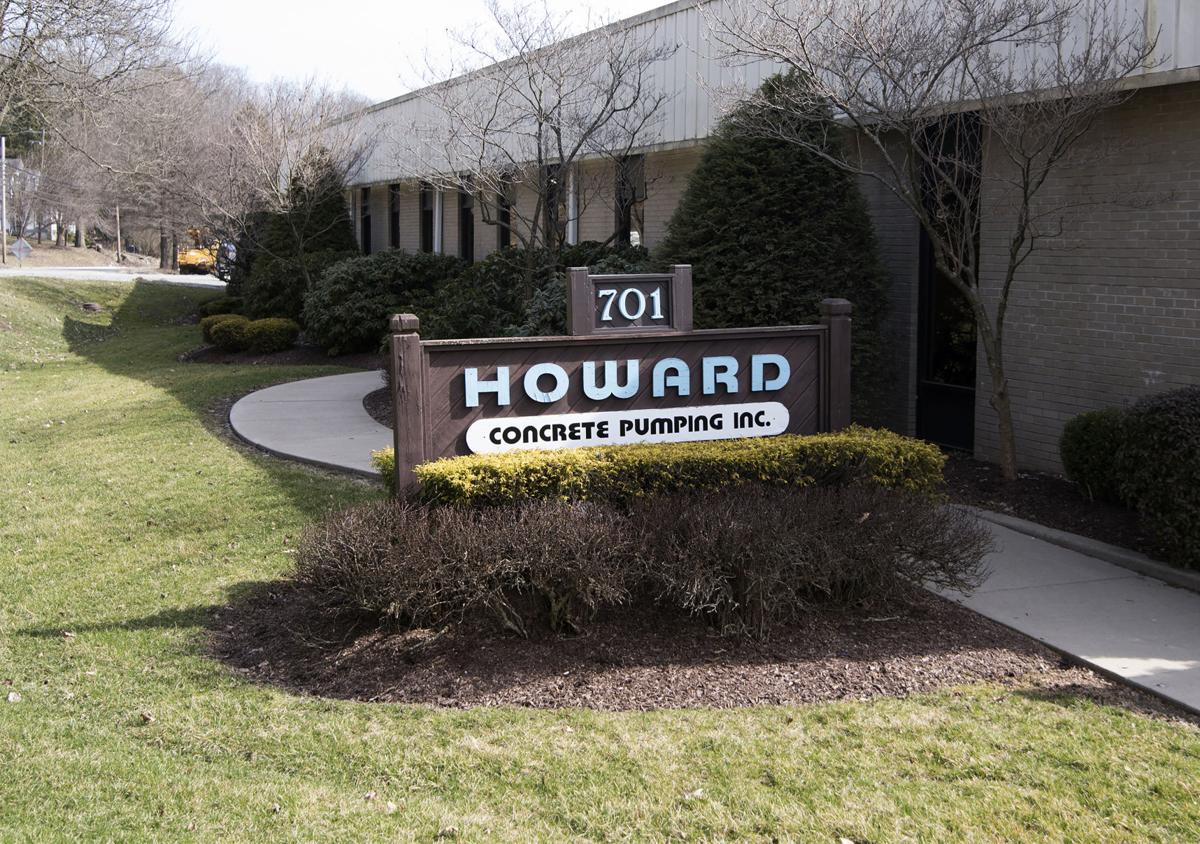 Frank Howard Jr., left, the founder and president, and his son, Frank III, the treasurer, are in charge of Howard Concrete Pumping Co. in Cuddy.

Howard Concrete Pumping Co. keeps on trucking in Cuddy under the guidance of Frank Howard Jr., right, and his son, Frank III.

Frank Howard Jr. nodded toward a truck as he and his son, Frank III, posed for pictures in the Howard Concrete Pumping Co. lot.

“Frank and I think of these as billboards on the road,” the father said. And who could argue. That truck and about a dozen others parked nearby were condo-sized and had the corporate name emblazoned on the side. Call them advertising vehicles.

But the truth is, Howard Concrete had already cemented a rock-solid reputation.

The company, headquartered on Millers Run Road in South Fayette Township, is a big name locally in concrete pumping. It supplies specialty equipment for the construction industry, operated by Howard employees, and does geotechnically related foundation work.

Howard Concrete’s big name, actually, extends beyond state lines. Western Pennsylvania may be the core of operations, but father and son said the firm is active in West Virginia, Maryland, Virginia and “all over the Midwest.” Howard Concrete also has facilities in Cleveland and Belleville, Ill., in the St. Louis area, and employs more than 100 companywide.

“We’ve gained a national reputation for our work,” said Frank Jr., the proud president, who founded the firm in 1972.

Foundations for new homes and other structures are among the company’s ventures, but it also is involved in high-profile projects. Howard Concrete is working in the petrochemical industry. And those multiple abandoned mines in the region? The firm is backfilling a number of them, including ones in the Southern Beltway project several miles to the west.

“No one in the country does as much with mines as we do,” Frank Jr. said.

“We go wherever there are bituminous coal mines,” said his son, the company treasurer, who, like his father, resides in Peters Township. “We’ve done a lot of heavyweight work on the Southern Beltway. We’ve completed two phases there and are working on our third.”

Abandoned mines, of course, are not uniform in size or depth, so backfilling them is, literally, a science. Thus the geological element of the Howards’ business. This is why the concrete company has two geologists and two geological engineers on the payroll.

“We have to deal with every project differently, so we have to be flexible,” Frank III said. “You’re basically drilling a hole into a mine. Some are 20 feet down, some several hundred feet. We make our own grout on site. You pour and it solidifies and sets, so you have to schedule accordingly.”

Times and the industry have changed a lot since Frank Jr. launched his enterprise in the Library section of South Park Township. He moved the company to Cuddy a year or two later, and now, following three decades-plus of growth, is preparing for another relocation.

In about a year, father and son hope to be running their business 15 miles and one county to the south. They have purchased the abandoned Canon-Mac Metals site near the Houston exit of Interstate 79. The Howards bought the former scrapyard about a year ago, virtually out of necessity.

“It’s more visible and affords us more space,” Frank III said of the new location, which is in two municipalities: Houston Borough and North Strabane Township. “We outgrew this building 10 or 12 years ago. We have no room to grow here.”

The company will have to develop the new site, yet they won’t be abandoning the old. “We’ll rent or keep additional equipment here,” the son said. “We’d like to keep a presence in Allegheny County.”

Working space isn’t the only expansion the Howard brain trust is contemplating. Father and son will open a business in Carnegie a month from now, a ready-mix company called J.C. Howard Concrete LLC, which will service southern Allegheny and northern Washington counties. The Howards said they will partner with Jack Cargnoni, owner of Trader Jack’s flea market, and Jack’s brother Jim.

Frank III also said the family plans to open a location in Columbus, Ohio, “probably in the next few years.”

“We’ve been doing a lot of work, and there’s a lot of work to come,” Frank Howard III said. “We’re going to be busy for a few years.”

Rick Shrum joined the Observer-Reporter as a reporter in 2012, after serving as a section editor, sports reporter and copy editor at the Pittsburgh Post-Gazette. Rick has won seven individual writing awards, including two Golden Quills.