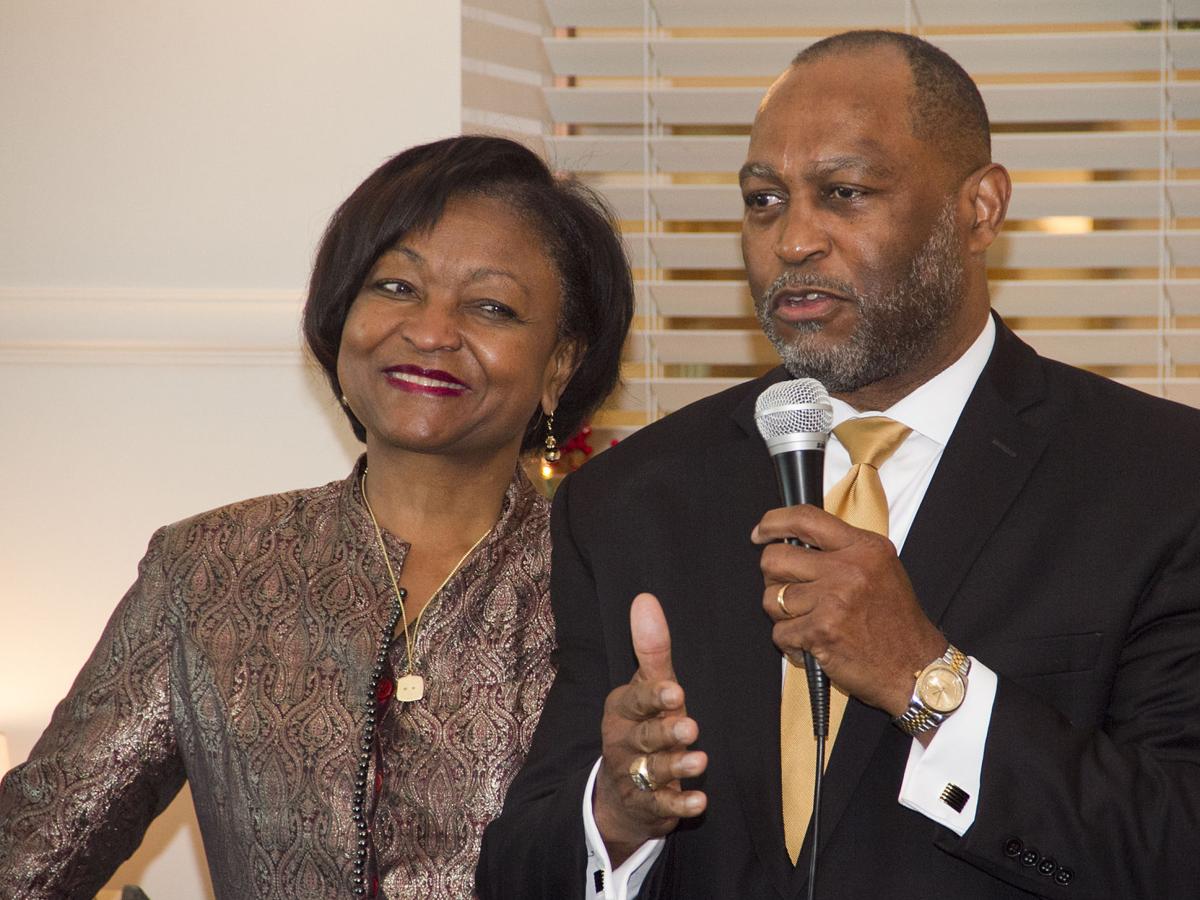 Dwayne Woodruff speaks during the Good Guys luncheon at Atria’s in Peters Township, accompanied by his wife, Joy Maxberry Woodruff. 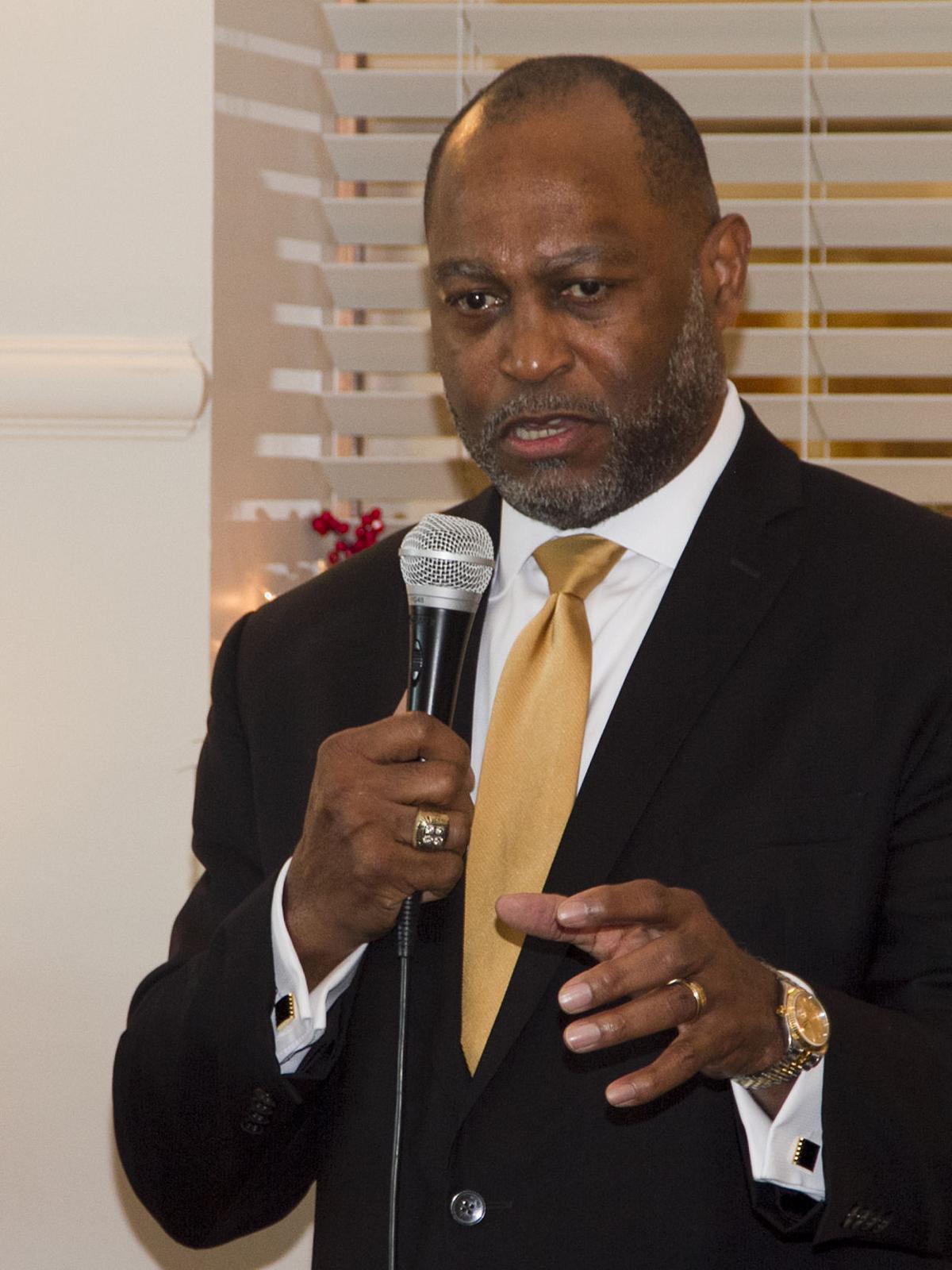 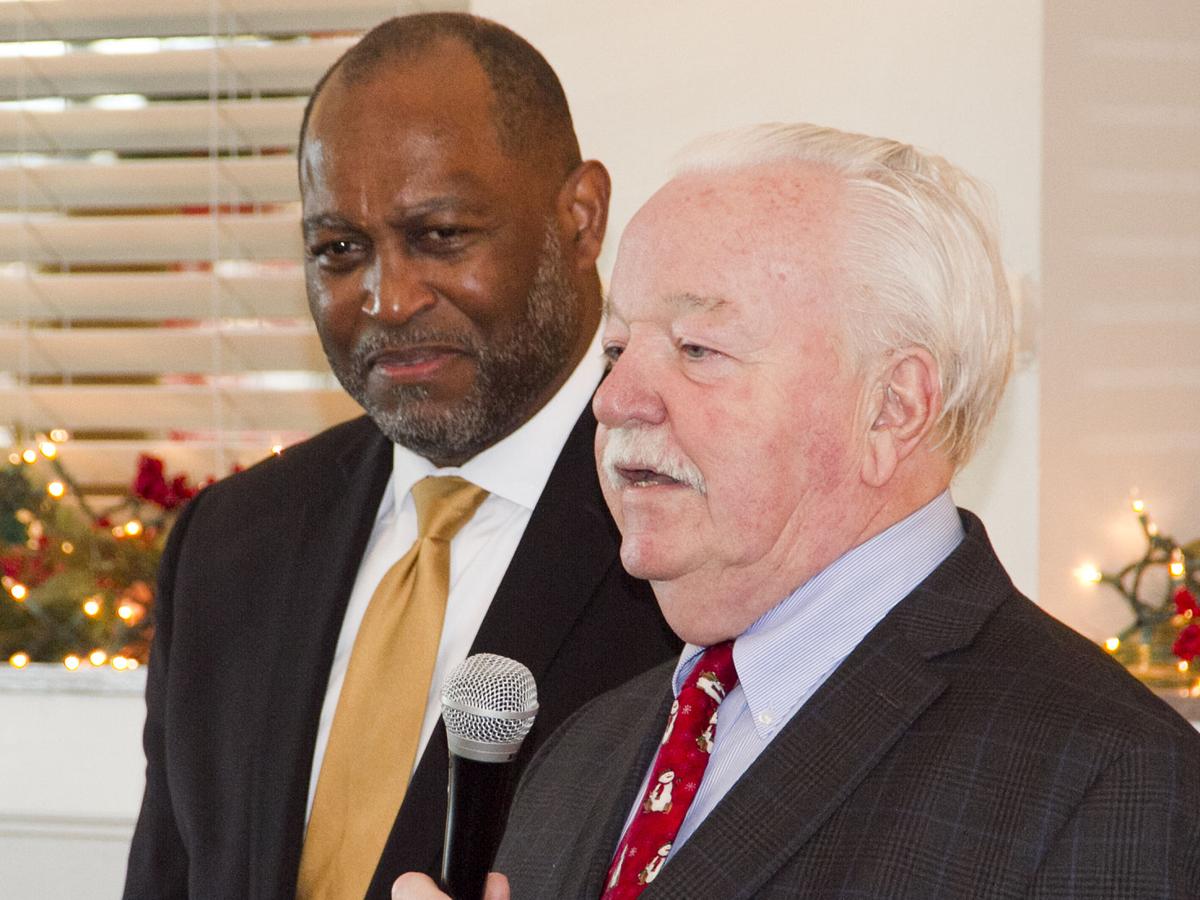 Dwayne Woodruff speaks during the Good Guys luncheon at Atria’s in Peters Township, accompanied by his wife, Joy Maxberry Woodruff.

Following his 2005 election to the Allegheny County Court of Common Pleas, Judge Dwayne Woodruff had the choice to make for his division assignment.

And so his selection was the Family Division, as he told those in attendance at the December Good Guys luncheon, organized and hosted by author Jim O’Brien at Atria’s restaurant in Peters Township.

The former Pittsburgh Steelers cornerback, who actually practiced law during the final three years of his football career, spoke in part about his decade and a half of working with young people and their parents and guardians.

“Whatever we think tough is, it doesn’t really compare with what kids are going through today. Many times, they don’t know anyone personally who ever graduated from or even went to college, let alone graduate. They don’t understand, how can anyone live beyond 25 years old,” Woodruff said, as many of the people with whom they’ve associated are incarcerated or deceased.

Often, the youngsters he sees in court have grown up with little opportunity for a positive outlook.

“They also don’t have anyone who believes in them,” Woodruff continued, pausing briefly to overcome emotion. “That’s what I try to do, to try to talk to them and tell them, ‘I believe in you. I think you can do it.’”

And he follows up by paying visits to where they’ve been placed.

“I go and talk to them there, let them know that, you know what? Not only do I care, but I’m going to come check on you in six months, make sure you’re doing the right thing,” he said. “I’m going to give you a road map to be successful in life.”

Joy Maxberry Woodruff, his wife of 41 years and also an attorney, attested to his dedication.

“A lot of times I get on him about the inordinate amount of time that he spends working,” she said.

She highlighted the results, though, including her husband’s chairing of the Educational Success Truancy Prevention workgroup, from which emerged a pilot program designed to improve attendance in Pittsburgh Public Schools. At the time, parents were subject to fines imposed by district judges for their children not attending.

“Many of these parents couldn’t pay the fines, and then they’d get incarcerated,” Joy said. “What did that solve?”

Dwayne Woodruff met with other judges and representatives of various agencies to learn more about the causes of truancy, and the pilot program offered support to help remedy the situations.

“This is not something that a judge has to do,” his wife said. “As much as I’m not always happy about the crazy amount of time he spends, I know that he’s making a difference in people’s lives, and I definitely know how much he cares.”

Also working toward the benefit of young people, the Woodruffs co-chair Pittsburgh’s Do the Write Thing Challenge, a program that provides sixth- through eighth-graders with the opportunity to communicate their thoughts on the impact of violence on their lives and to make personal commitments to help end violence.