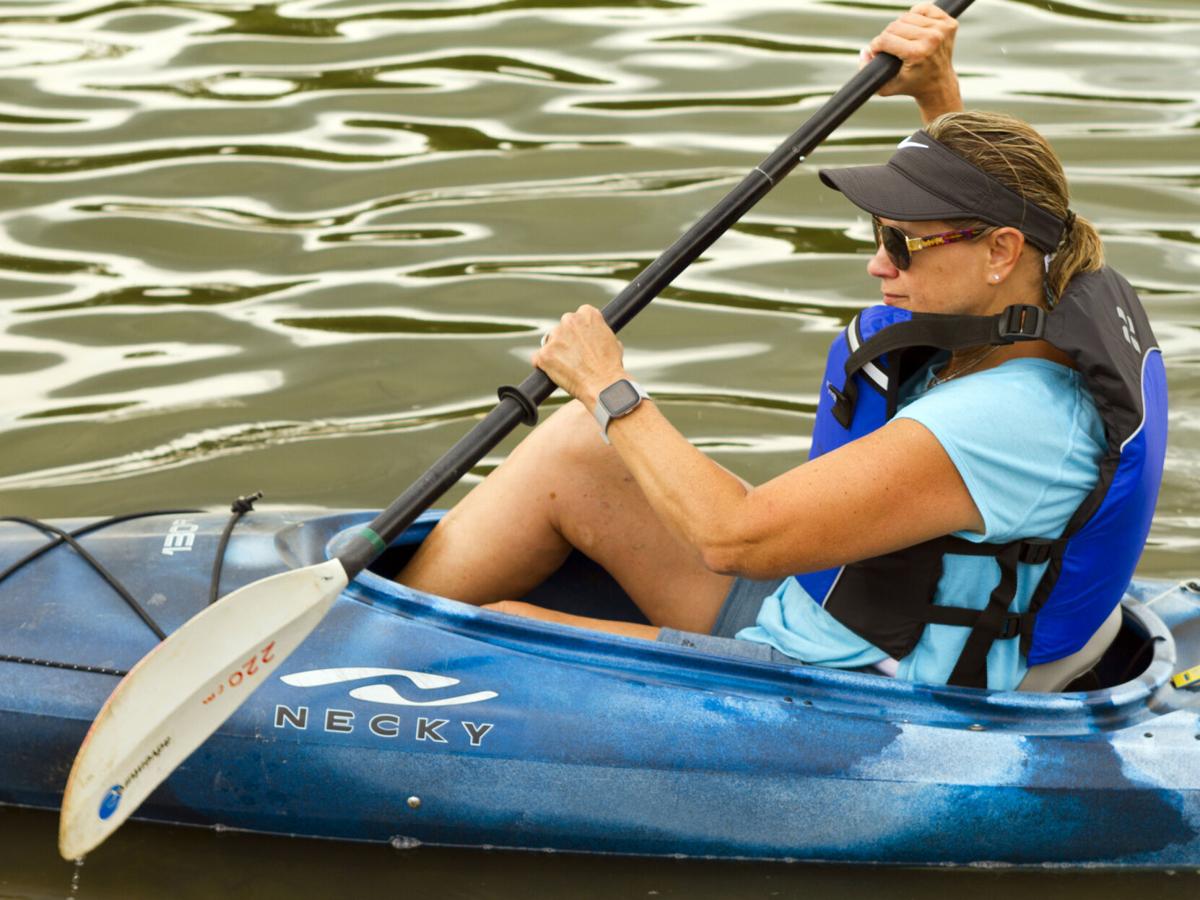 Jan Crookshank of Peters Township takes a boat onto Canonsburg Lake during an Aug. 1 Intro to Kayaking session. 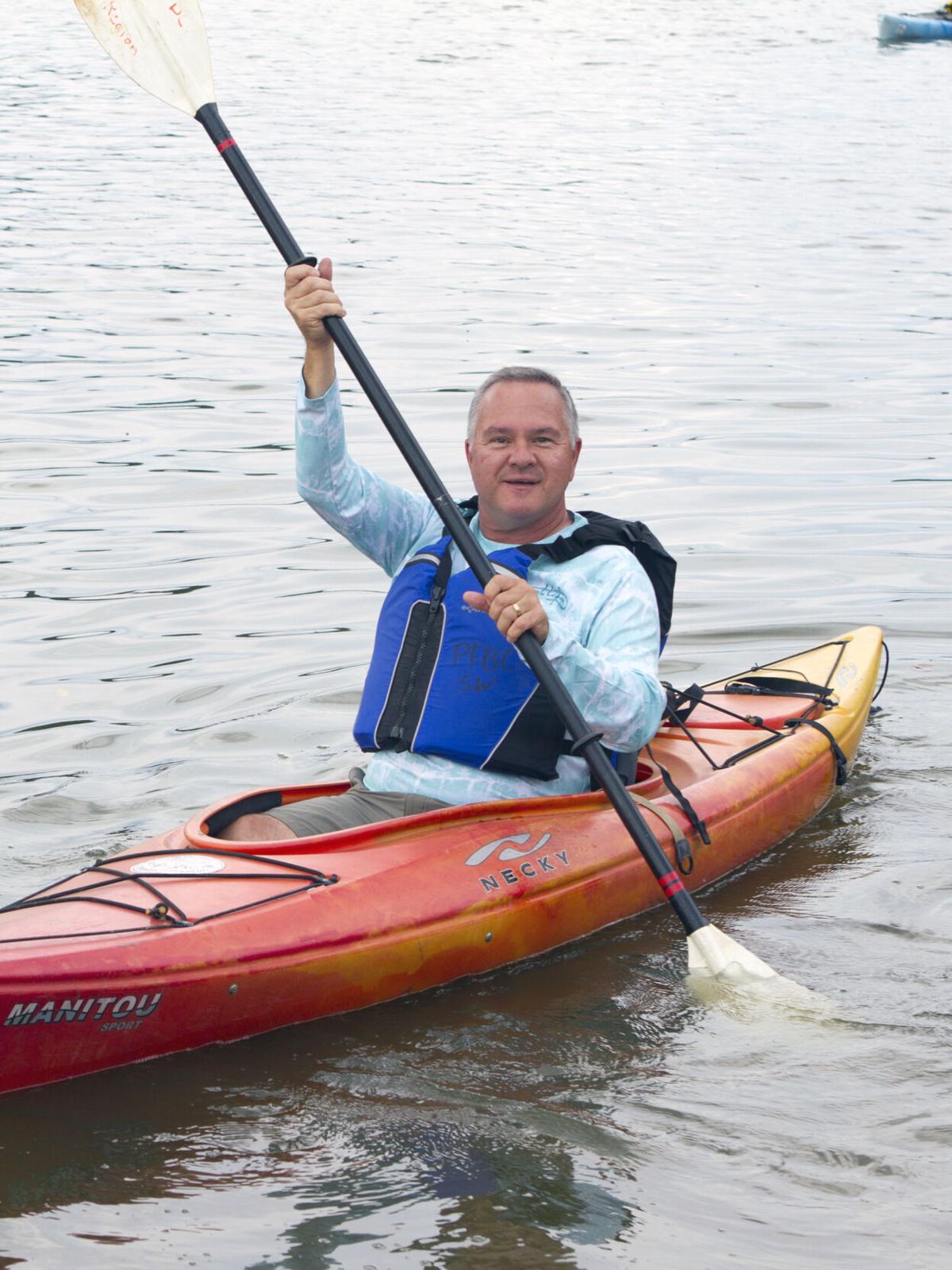 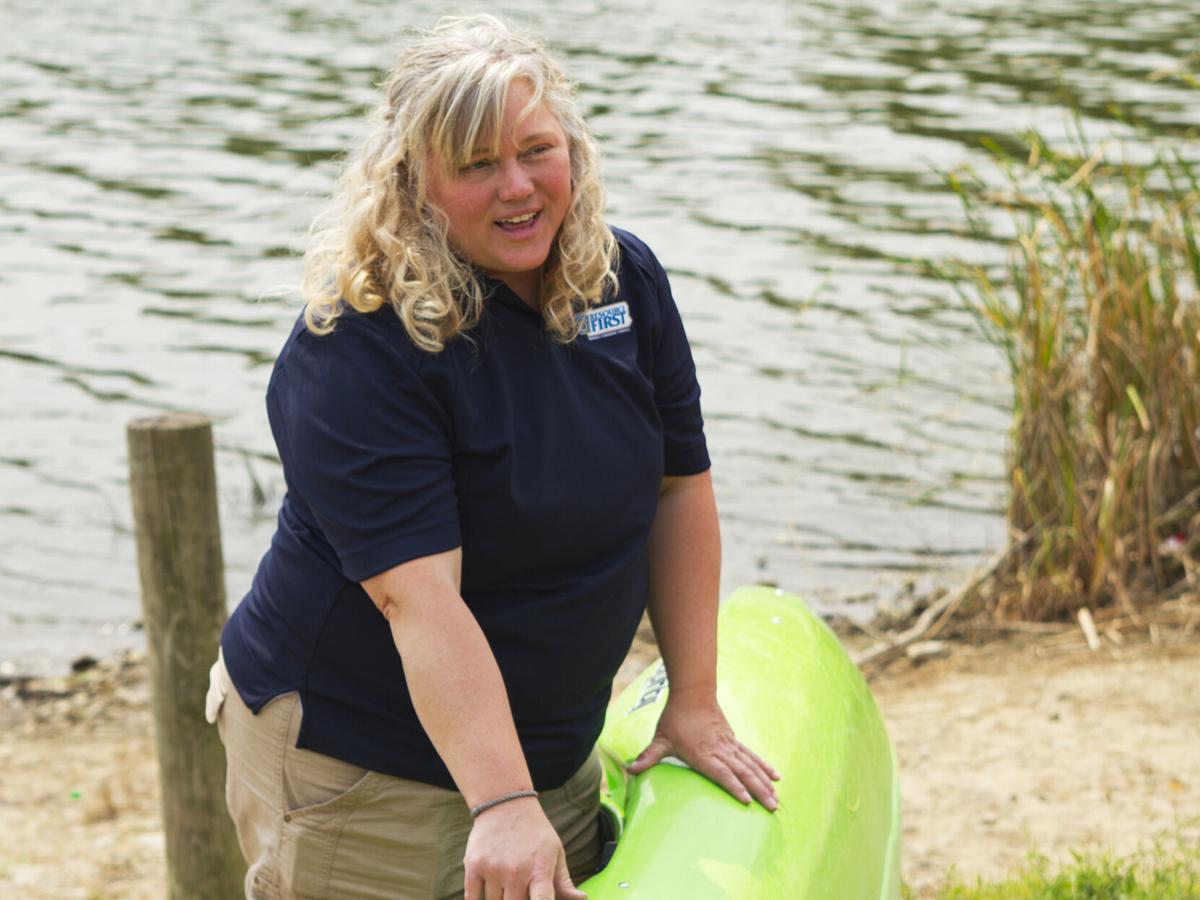 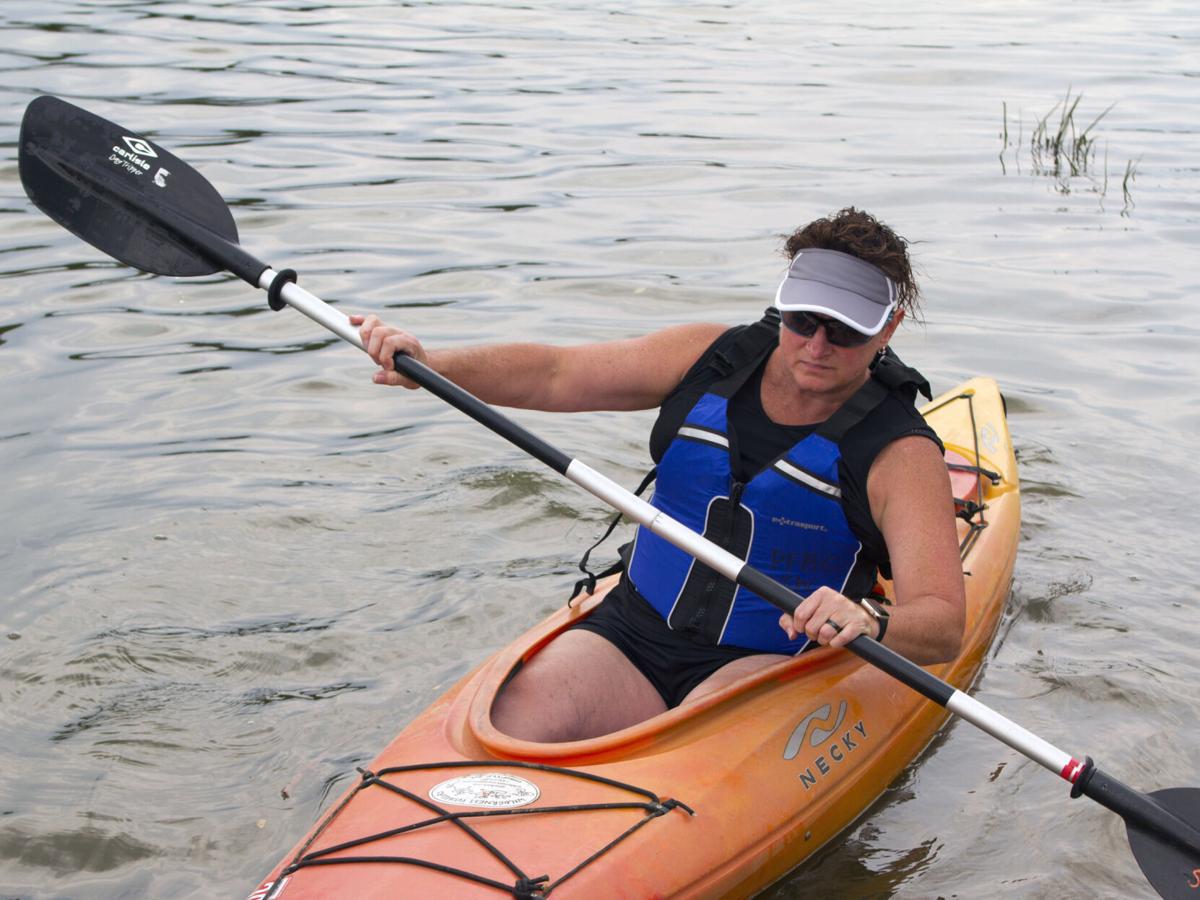 Beth Dellovade of North Strabane Townshippushes her kayak away from the Canonsburg Lake shore. 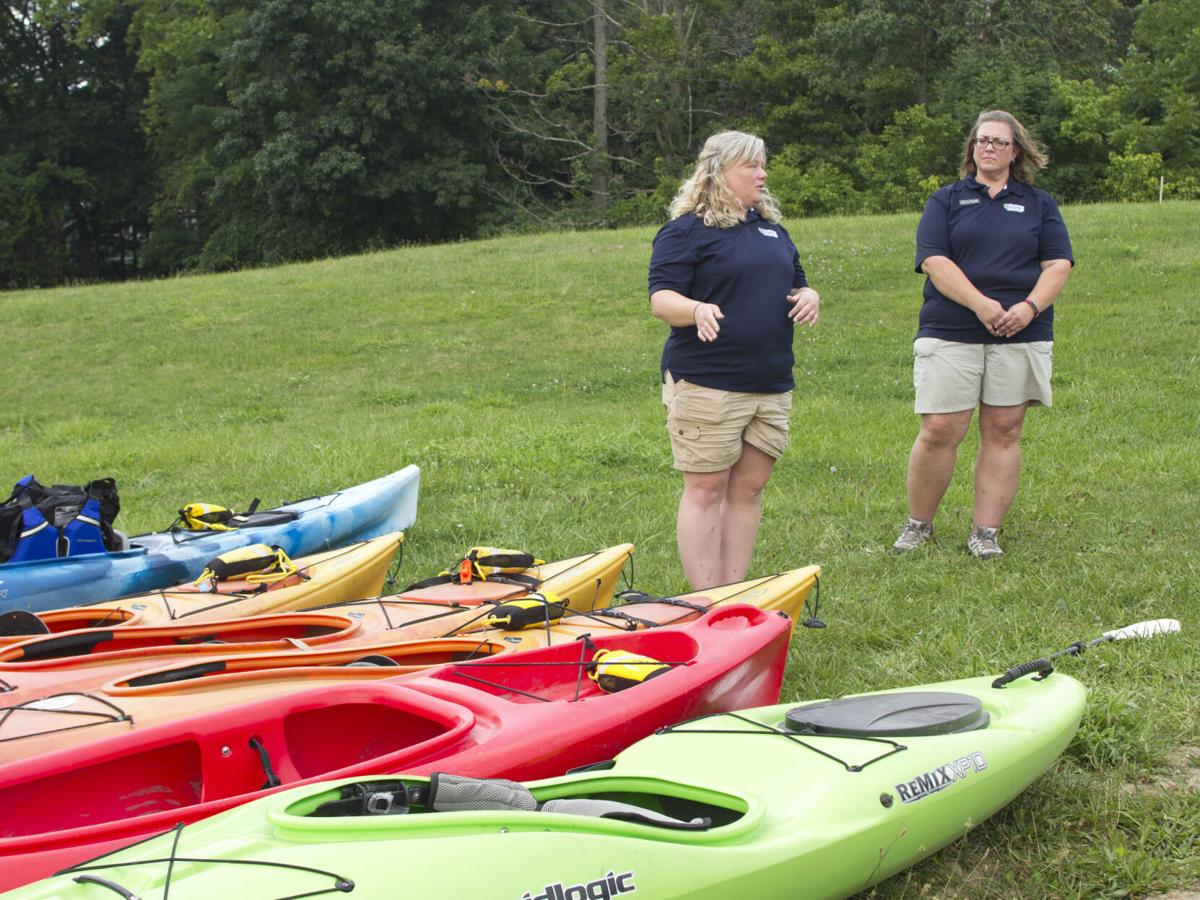 Mandy Smith, left, and Kristi Niekamp have provided many educational sessions at Canonsburg Lake on behalf of the Pennsylvania Fish and Boat Commission. 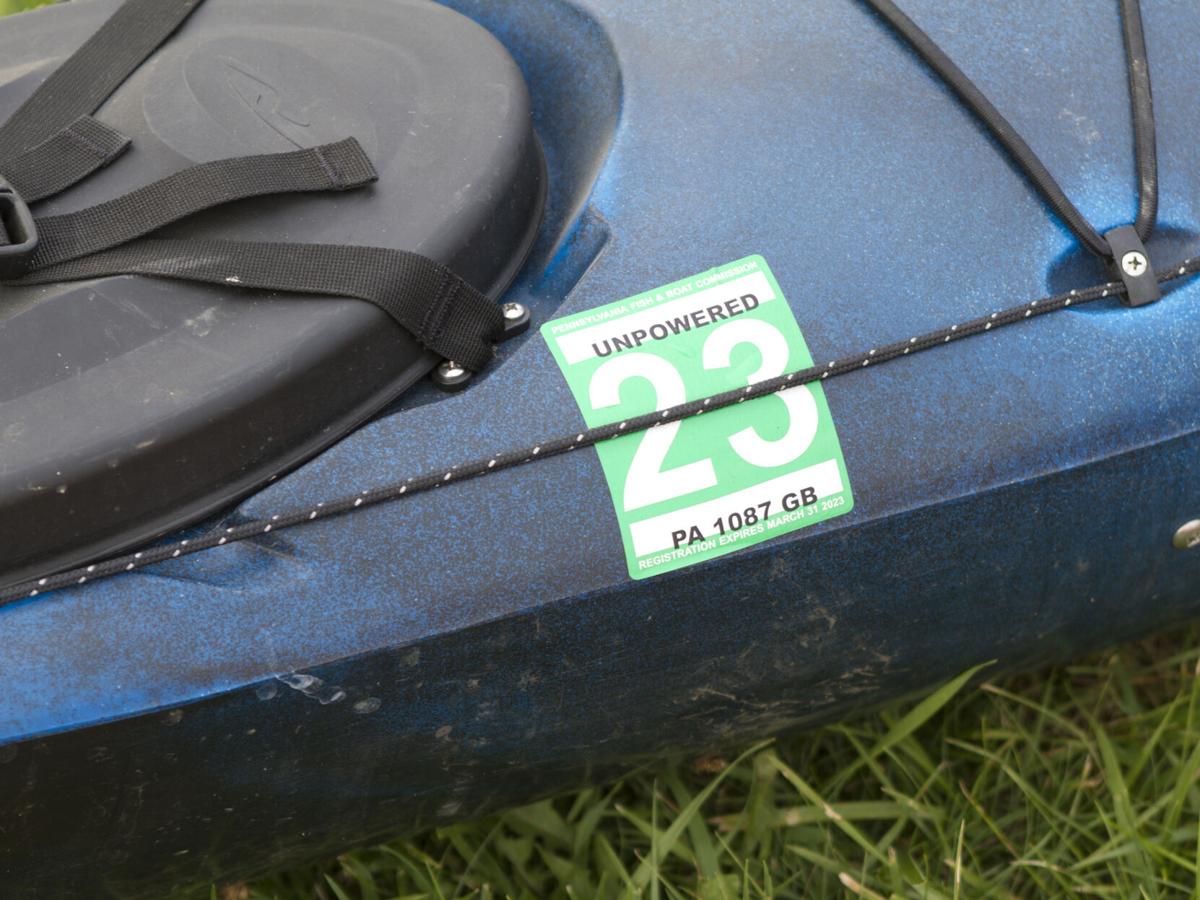 A registration with the Pennsylvania Fish and Boat Commission is valid for two years. 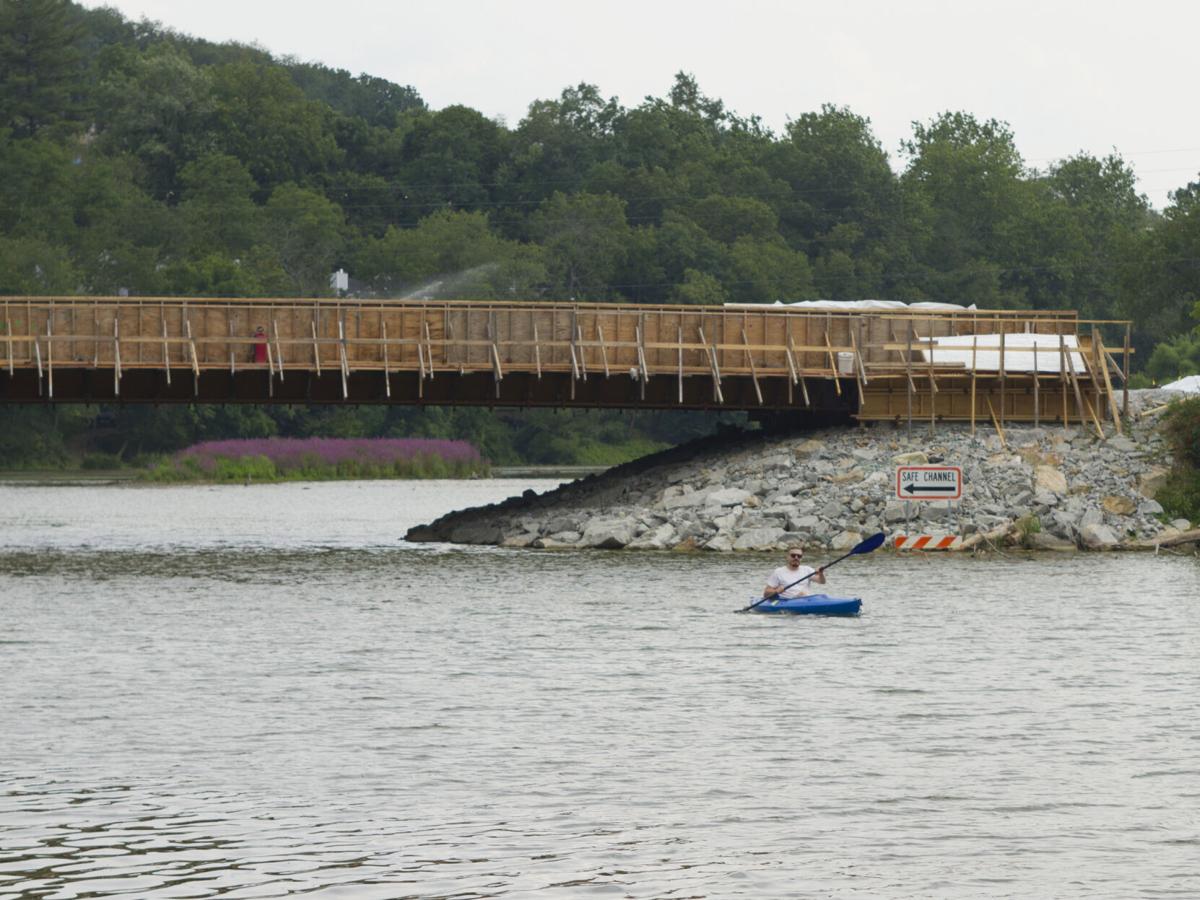 The McDowell Lane bridge over Canonsbug Lake is in the process of a lengthy rebuliding process.

Jan Crookshank of Peters Township takes a boat onto Canonsburg Lake during an Aug. 1 Intro to Kayaking session.

Mandy Smith, left, and Kristi Niekamp have provided many educational sessions at Canonsburg Lake on behalf of the Pennsylvania Fish and Boat Commission.

A registration with the Pennsylvania Fish and Boat Commission is valid for two years.

The McDowell Lane bridge over Canonsbug Lake is in the process of a lengthy rebuliding process.

When the weather cooperates during summer weekends, plenty of boats are bound to be afloat on Canonsburg Lake, launching from either the North Strabane or Peters Township side.

One type of watercraft seems to be particularly appealing to Mandy Smith.

“A kayak is pretty stable,” she said. “People get scared of them, but give me a choice between a canoe and kayak, I’m going to take a kayak.”

The Southwest region education specialist for the Pennsylvania Fish and Boat Commission and her longtime colleague Kristi Niekamp returned to Canonsburg Lake Aug. 1 for a pair of Intro to Kayaking sessions, covering the basics of the small watercraft, tips for effective use of the doubled-bladed oar and information on registration and permitting.

Niekamp agreed kayaks are relatively difficult to tip, at least when they’re out on the water.

“It’s getting in and out,” she said about the most likely cause of capsizing. Otherwise, “You would have to hit something pretty hard or have really strong weather conditions to do that.”

The possibility, though, does exist.

“If you were to capsize here and you were out, you always want to stay with your boat if you can. Always, always stay with your boat until somebody can come and help you,” Smith said. “For a rescue situation, it’s also a lot easier to see a boat than it is just to see a person bobbing in the water.”

And of course, life jackets are recommended for anyone on a boat.

Kayaks generally are single-person watercraft – they’re built for two, as well – in which the boater sits in a cockpit with his or her legs covered by the bow and feet positioned on pegs for added stability and strength while paddling.

“You’re moving and using your whole torso, your core,” Smith said. “If you’re not doing that, your arms are going to get tired a lot faster.”

That also could be the situation during heavy wind, which tends to inhibit progress in a manner similar to a strong current.

Whatever the case, recreational boating has been on the rise in Pennsylvania, especially during the COVID-19 pandemic, and the Fish and Boat Commission aims to provide as much information as possible about some of the state’s requirements for watercraft.

“If you put a motor on, you need to have it registered,” Smith said.

If not, launch permits are required for Fish and Boat Commission-owned waterways, including Canonsburg Lake, as well as at commission launch sites and in state parks and forests.

Although the process to register a kayak or other boat takes more effort than securing a launch permit, Smith provided some reasons for pursuing the former route.

“You can take it out of state and not need anything else from that state,” she said. “They’ll recognize the boat registration. They do not recognize a launch permit, and we don’t recognize other states’ launch permits.”

Also, registrations contain information that can help track down boats that are lost or stolen.

“If you get a launch permit, we don’t keep that record,” Smith said.

And for boaters who like to look at the longer term, registrations are valid for two years, each April through March, while launch permits need to be renewed at the start of every year.