You are the owner of this article.
Edit Article Add New Article
Welcome, Guest
News
Sports
Life & Culture
Events Calendar
Lottery Results
Fish Fry Map
Weather
Classifieds
e-Edition
South Hills Living
Get Our Newsletter
Get the Almanac
Advertise With Us
Submit Content to The Almanac
Contact Us
About Us
1 of 15 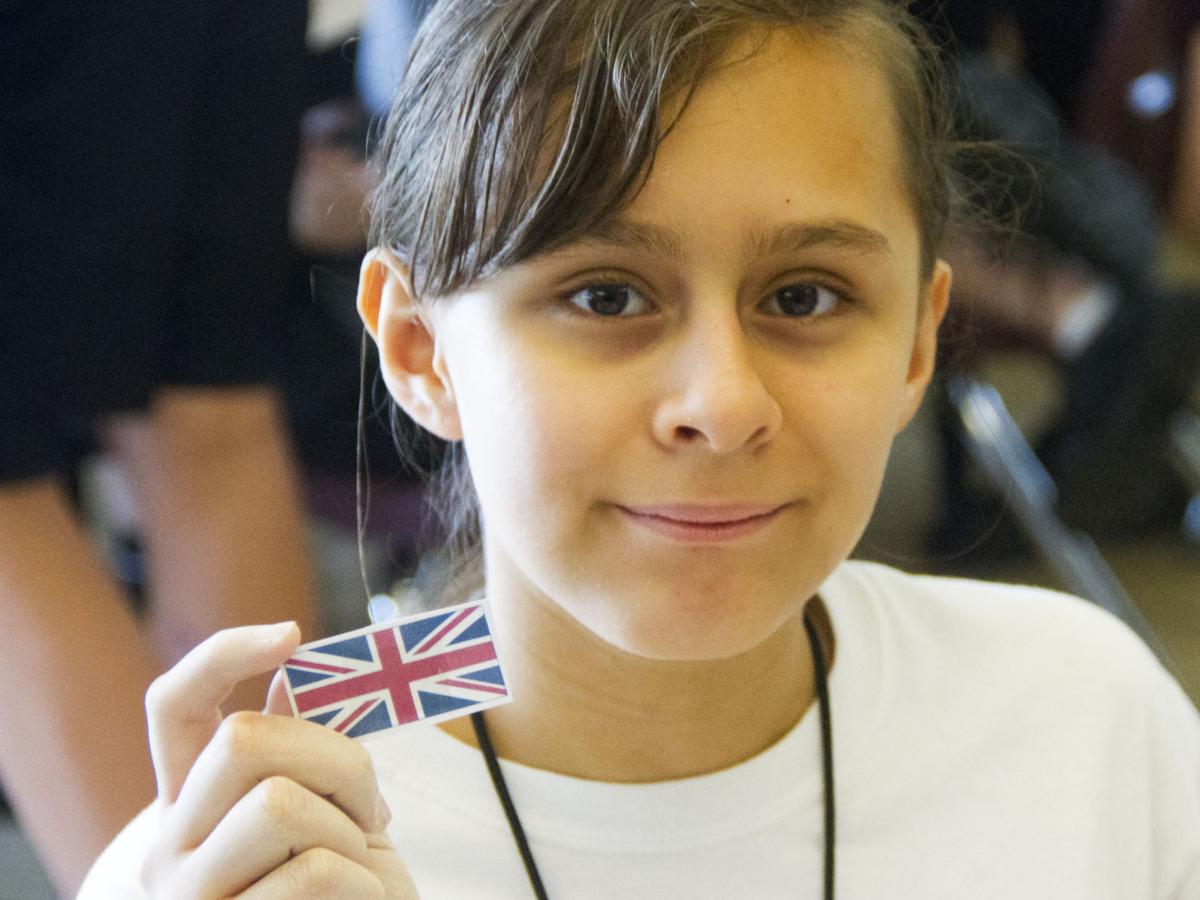 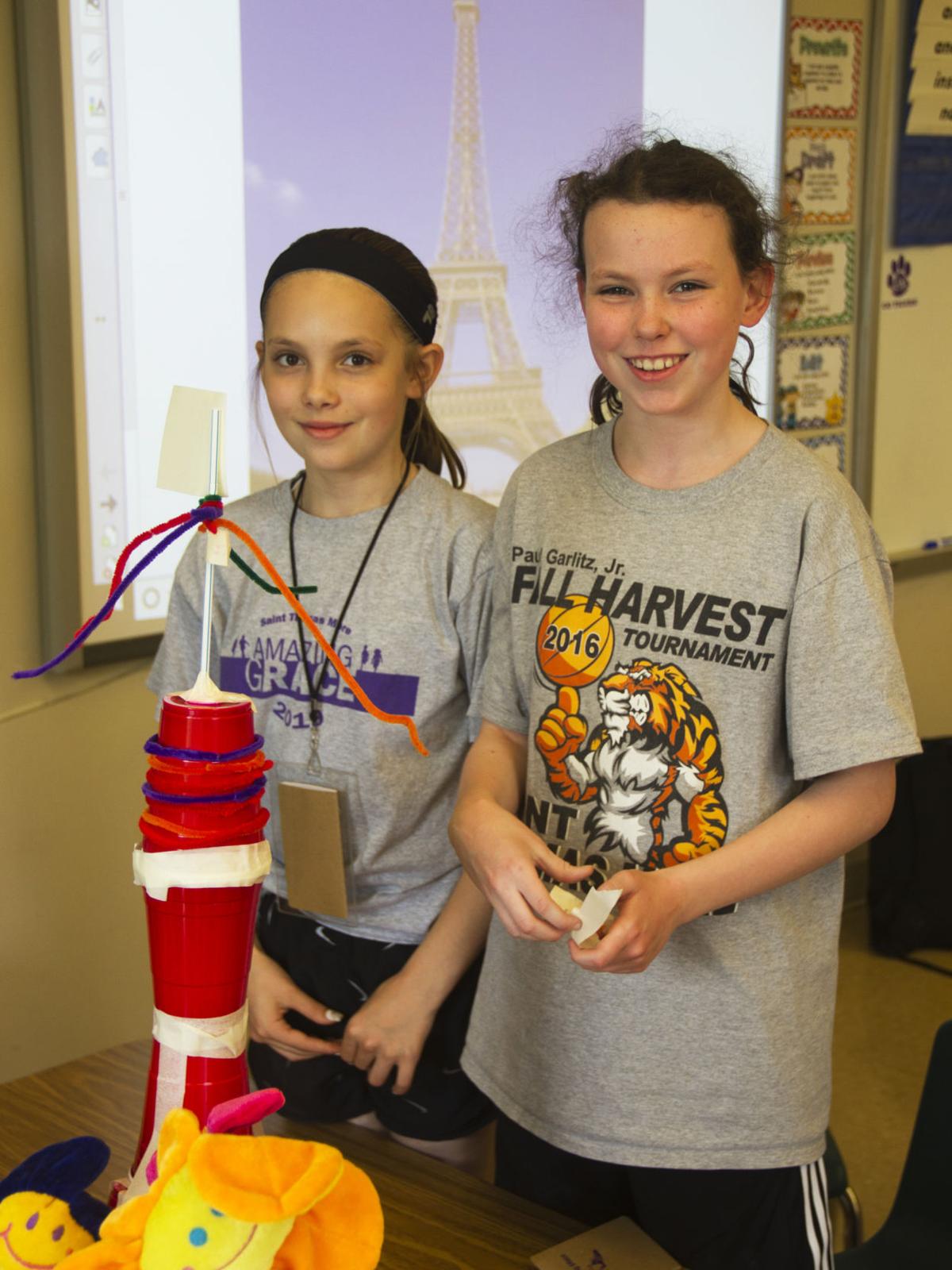 Sydney Hutton, left and Makayla O'Neill work on building their own "Eiffel Tower" during Immersion Day. 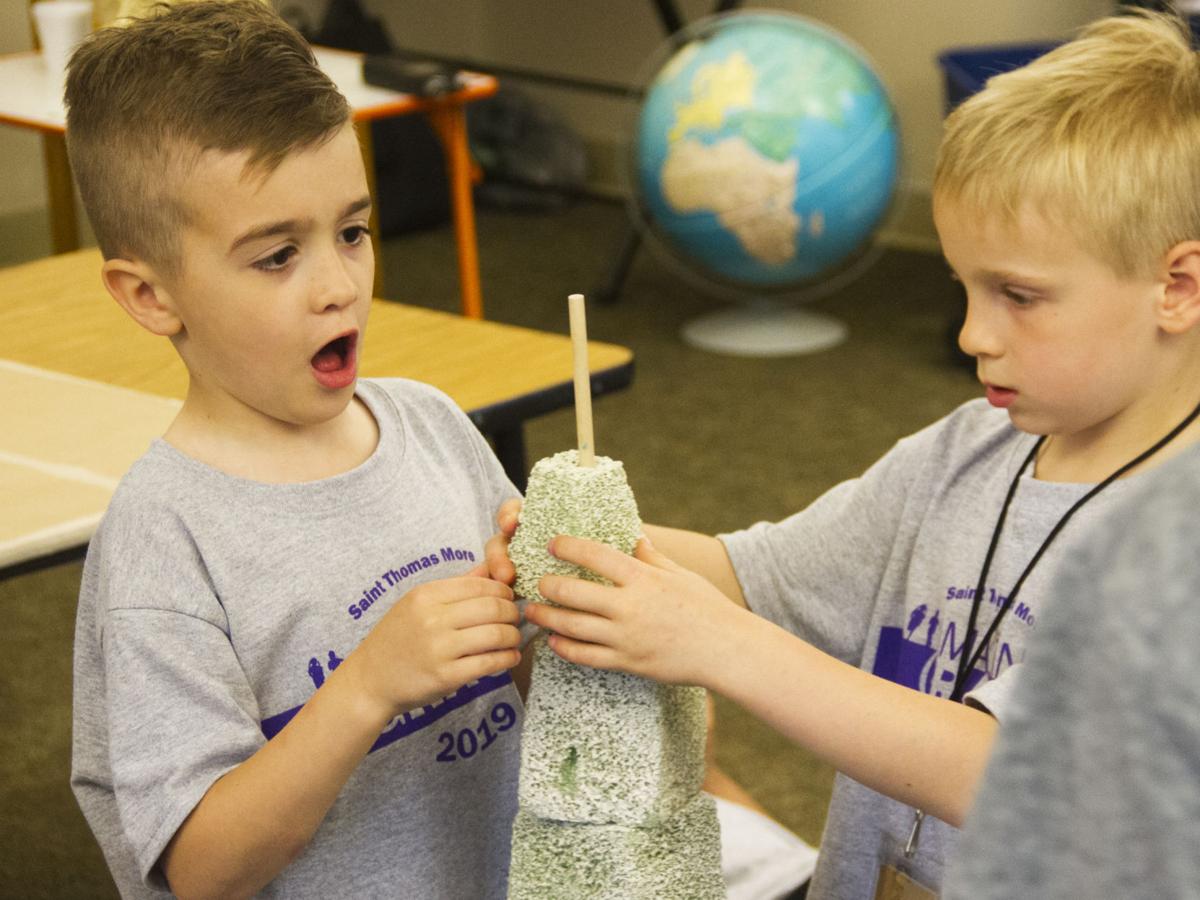 Rocco Kuczynski, left, and Domenick Podkul work on constructing a miniature version of the Vatican Obelisk during Immersion Day. 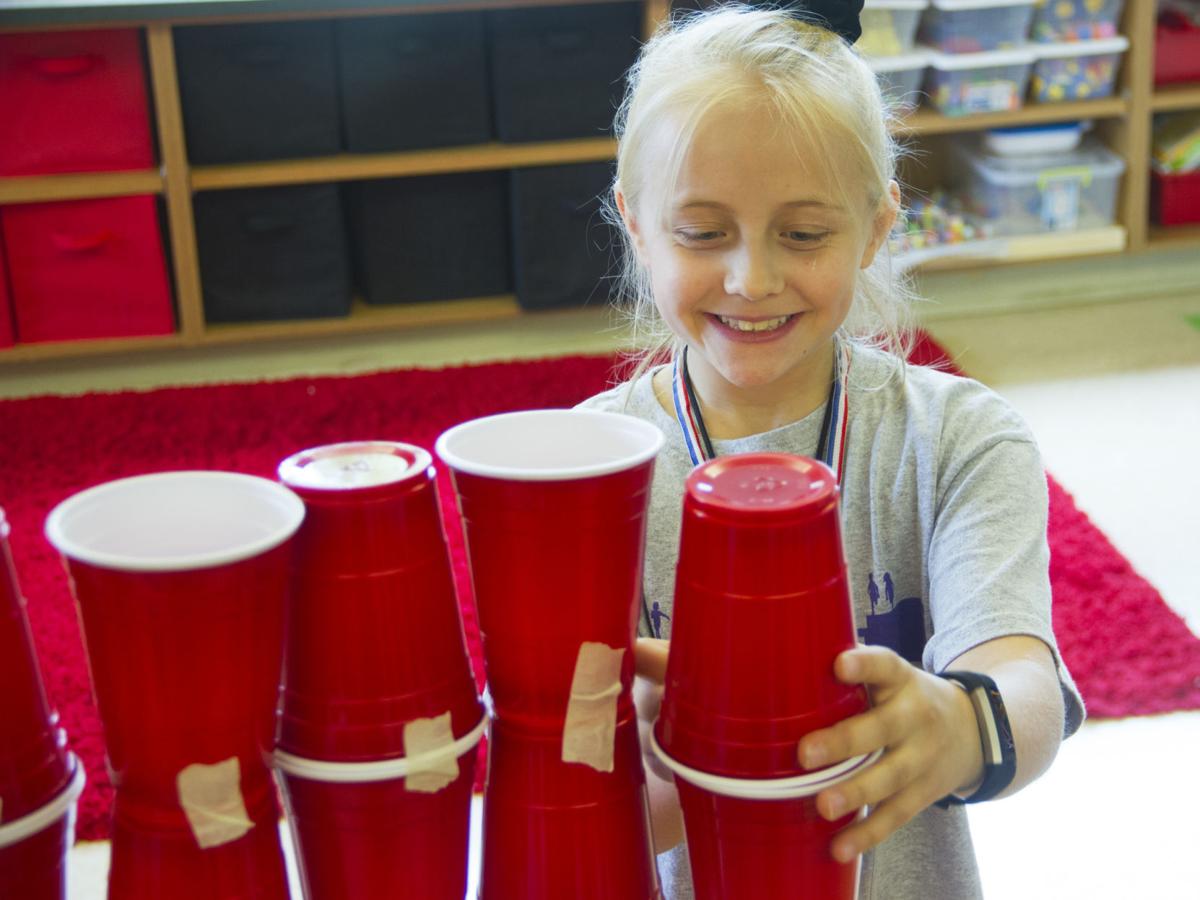 Riley Kulbieda builds with a series of red Solo cups. 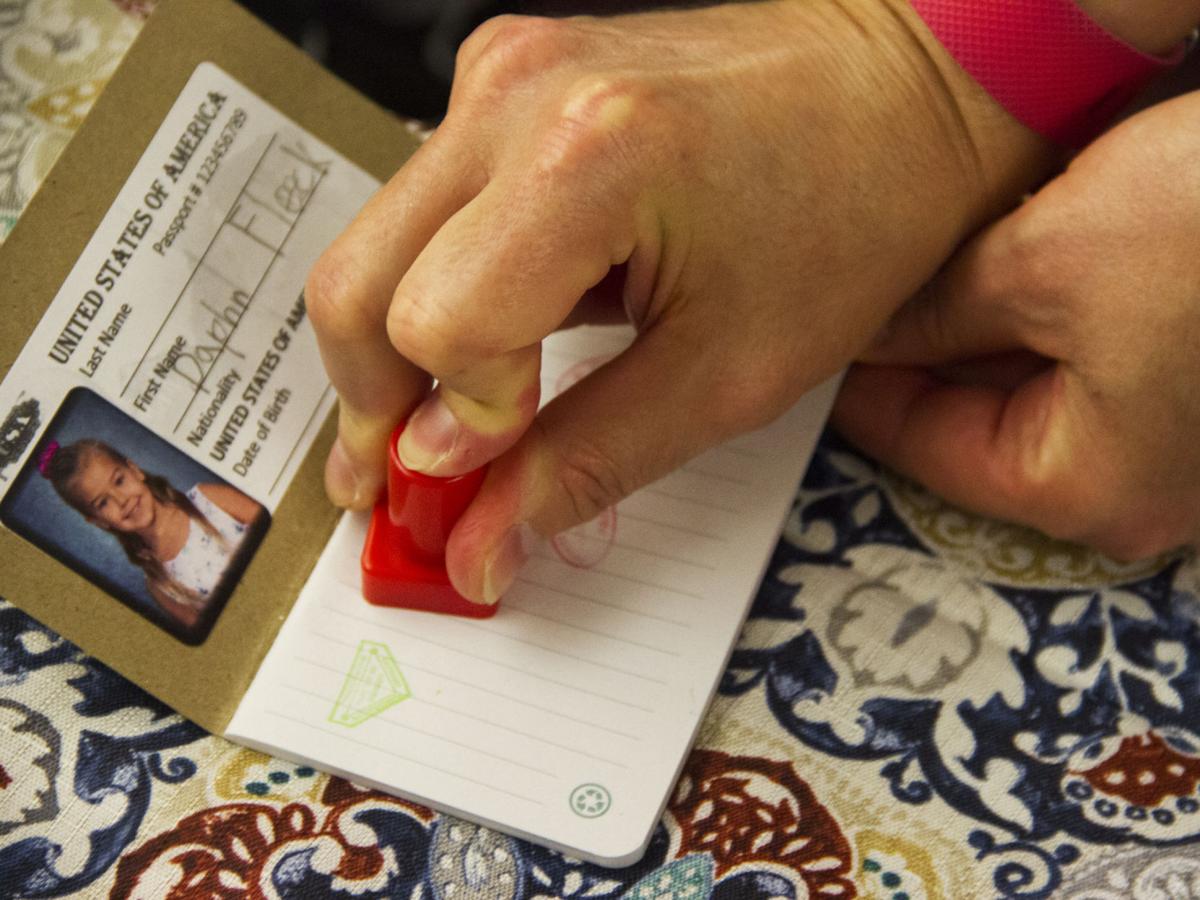 Students made passports to be stamped at each of the Immersion Day stations. 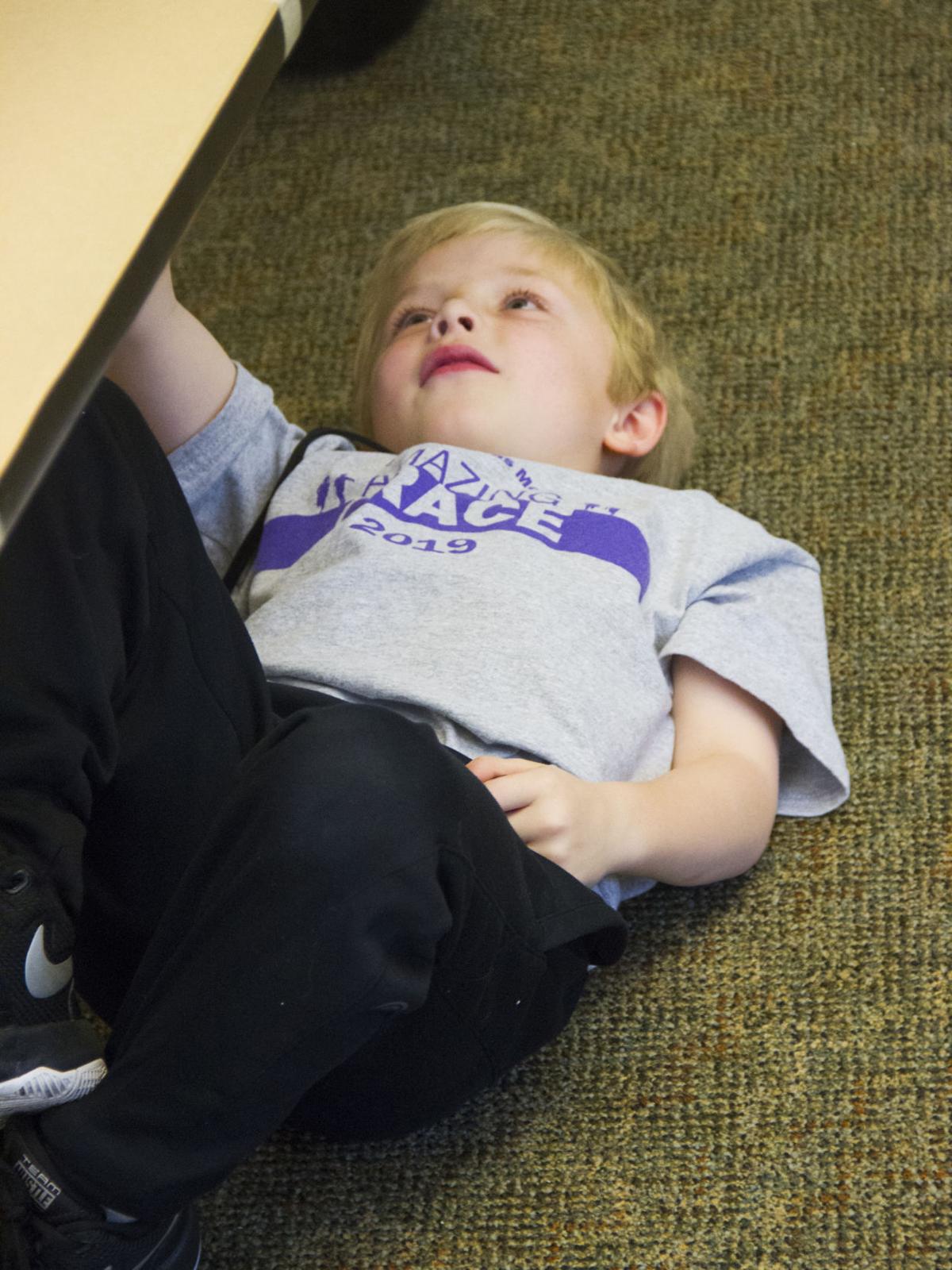 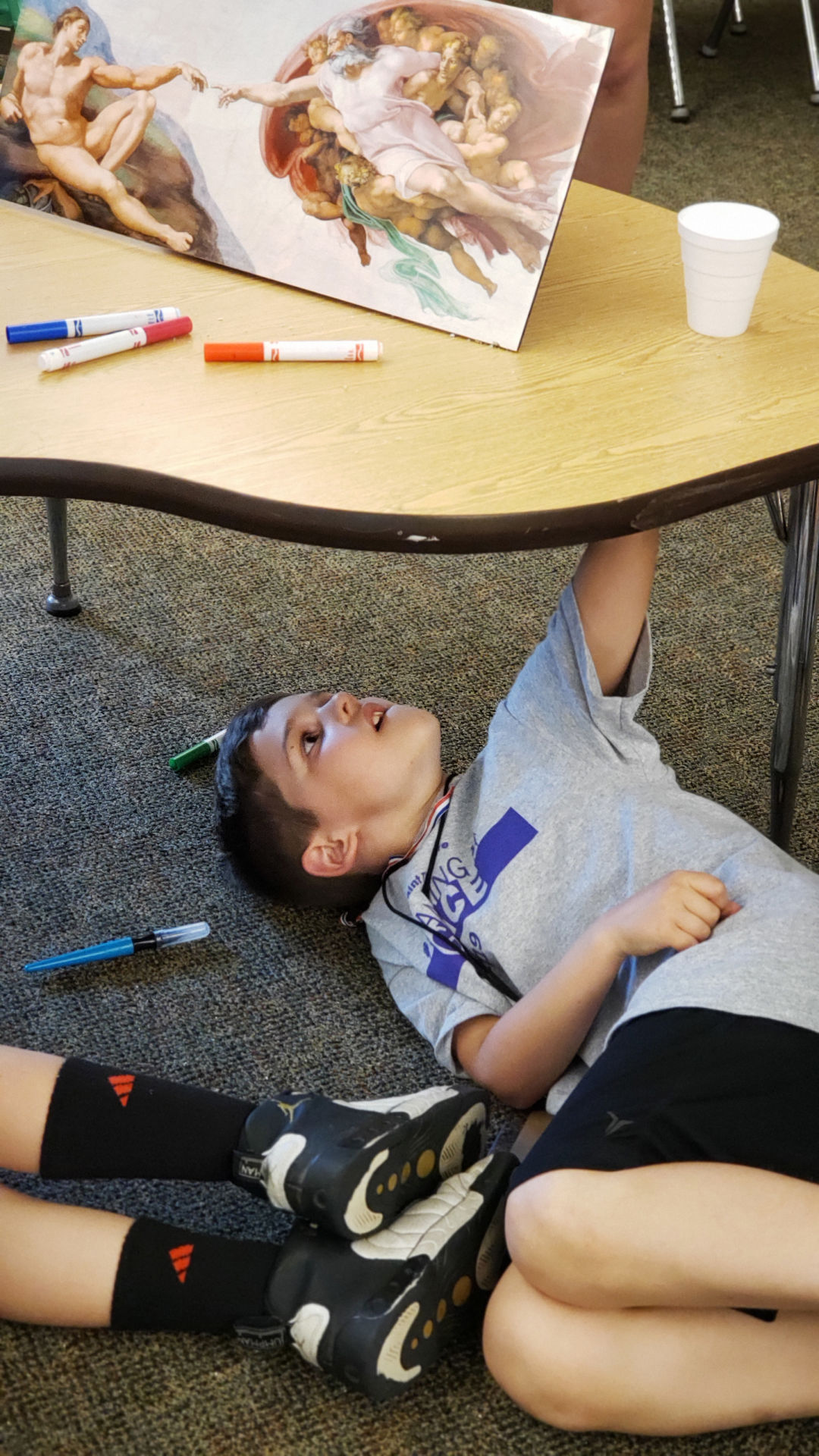 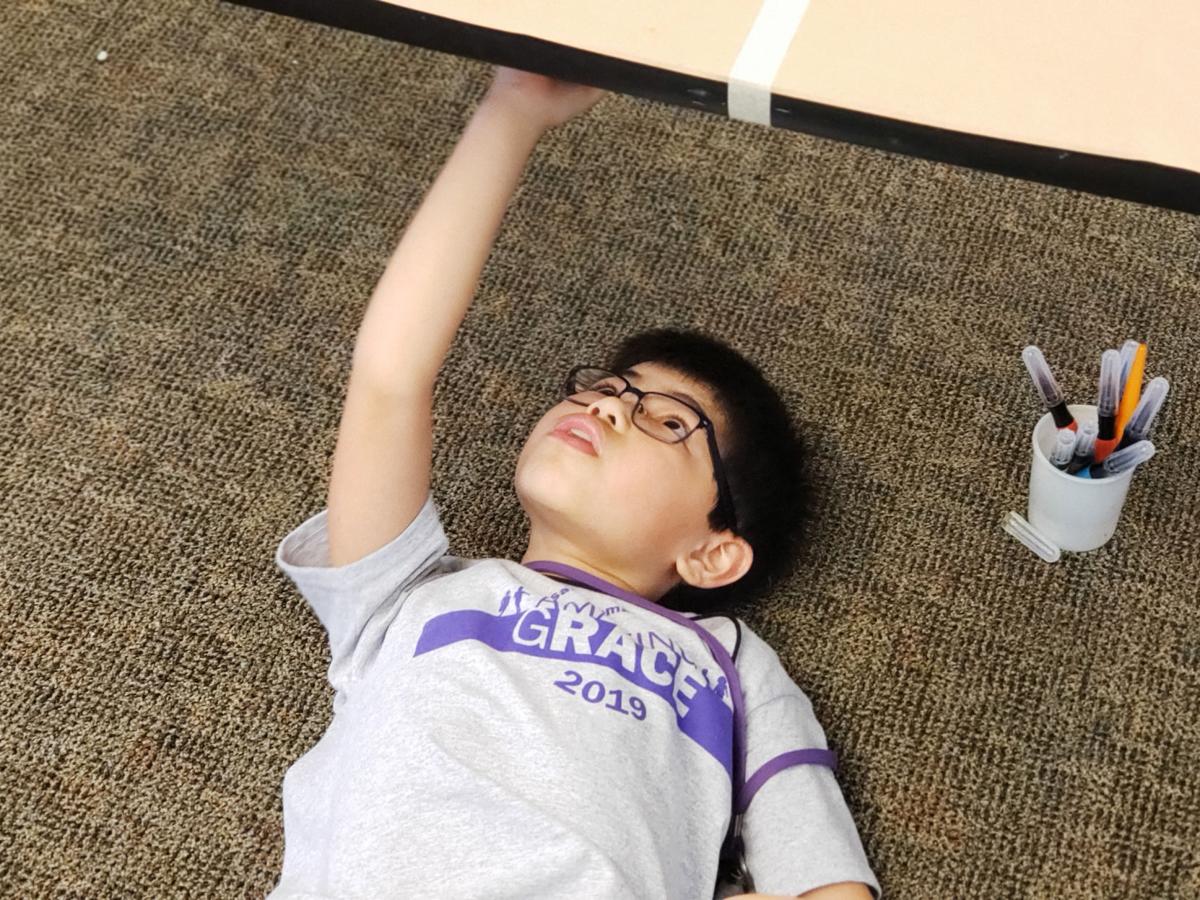 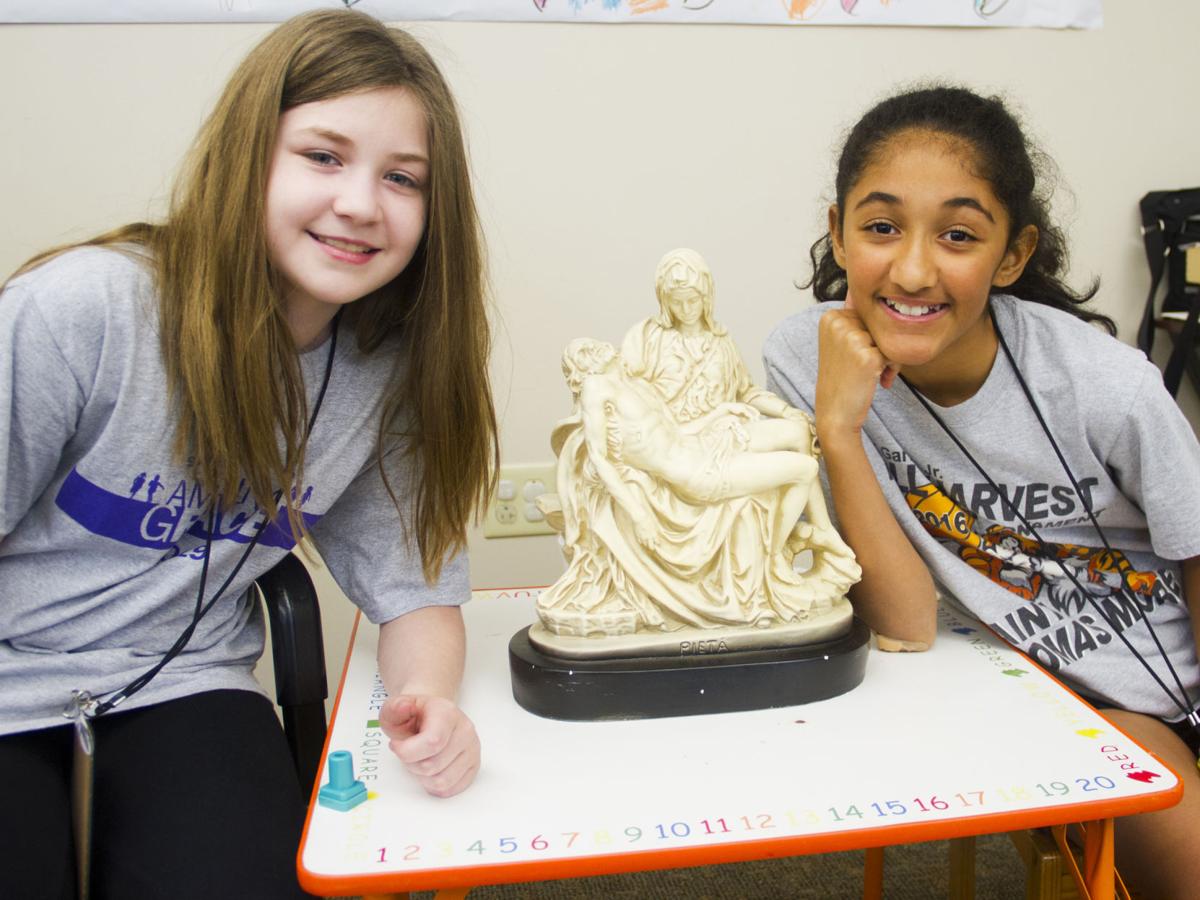 Ava Armstrong, left, and Sydney Martinez with a replica of the Pietà 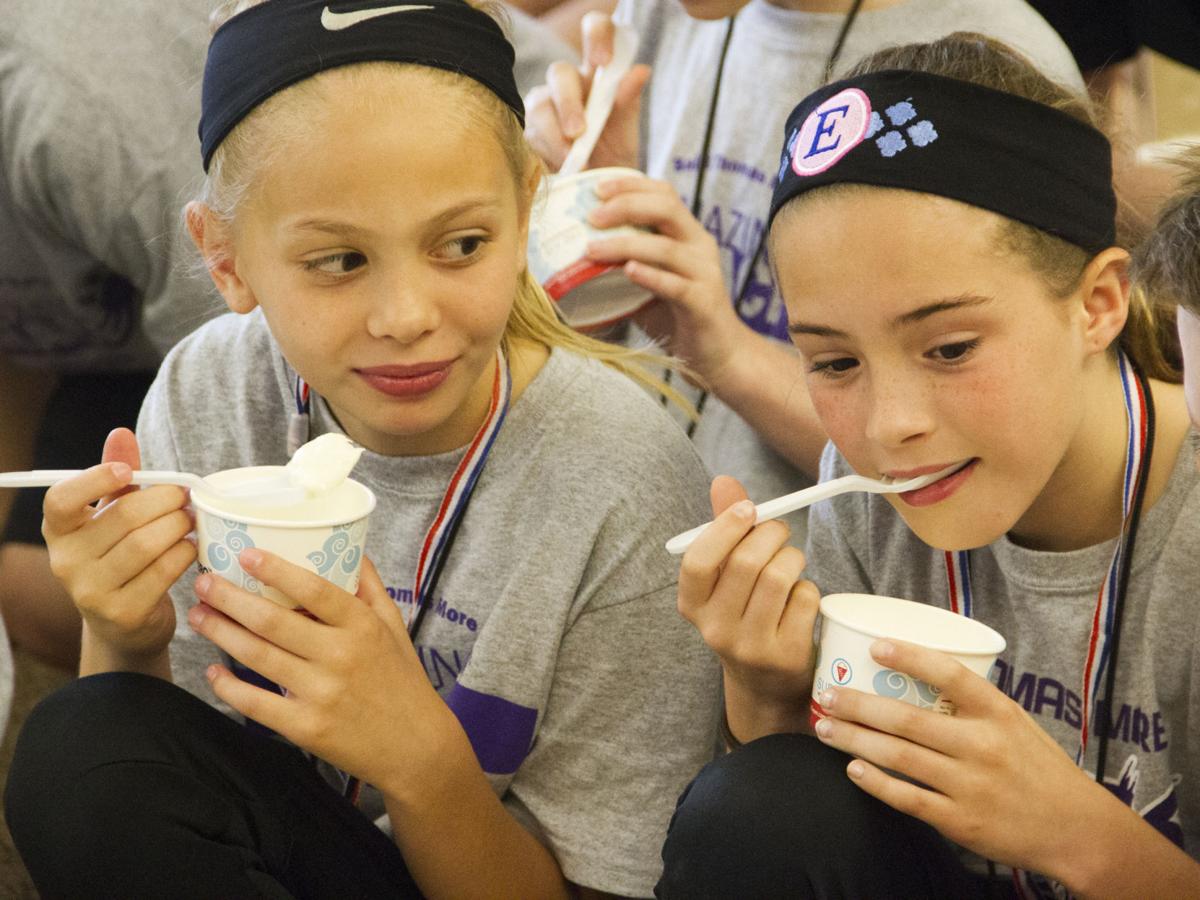 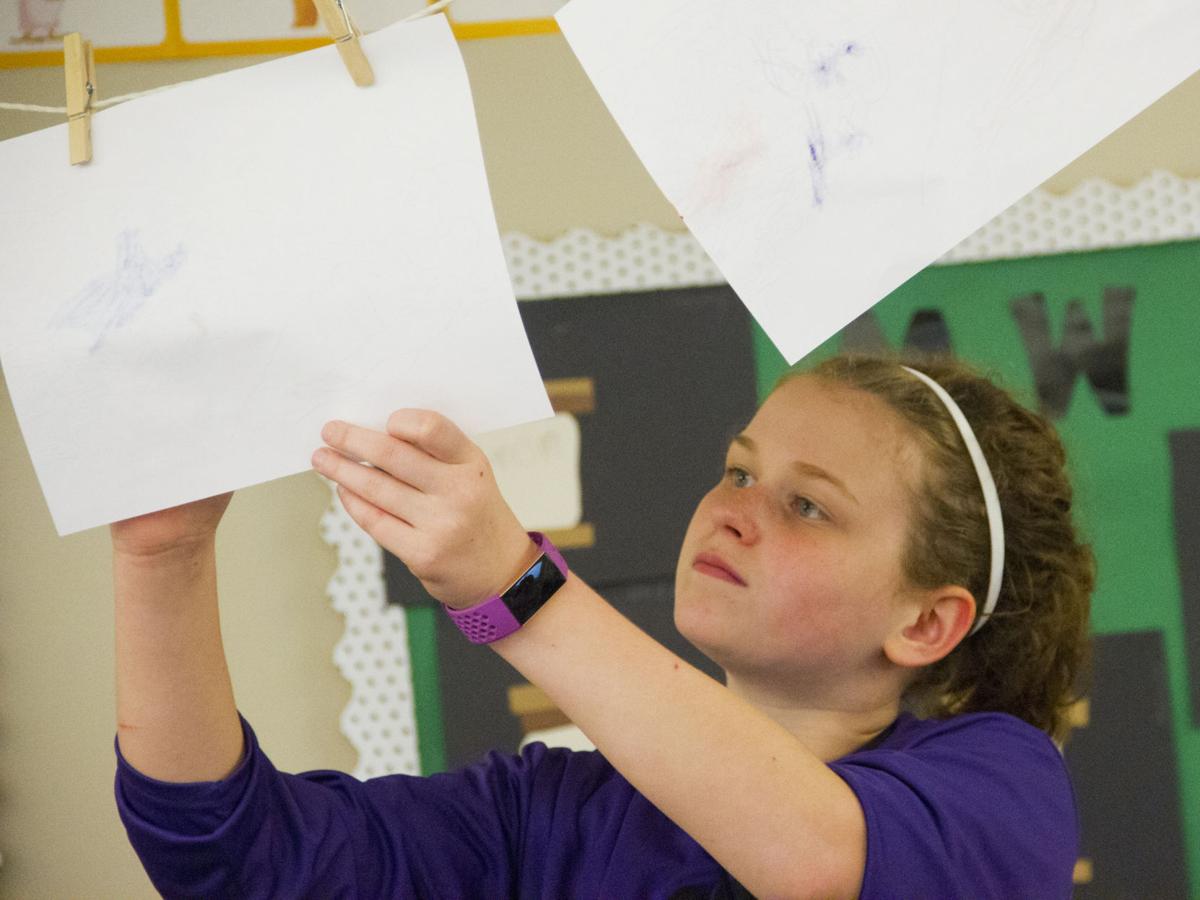 Catherine McVivker works on a suspended drawing at the Vatican City station. 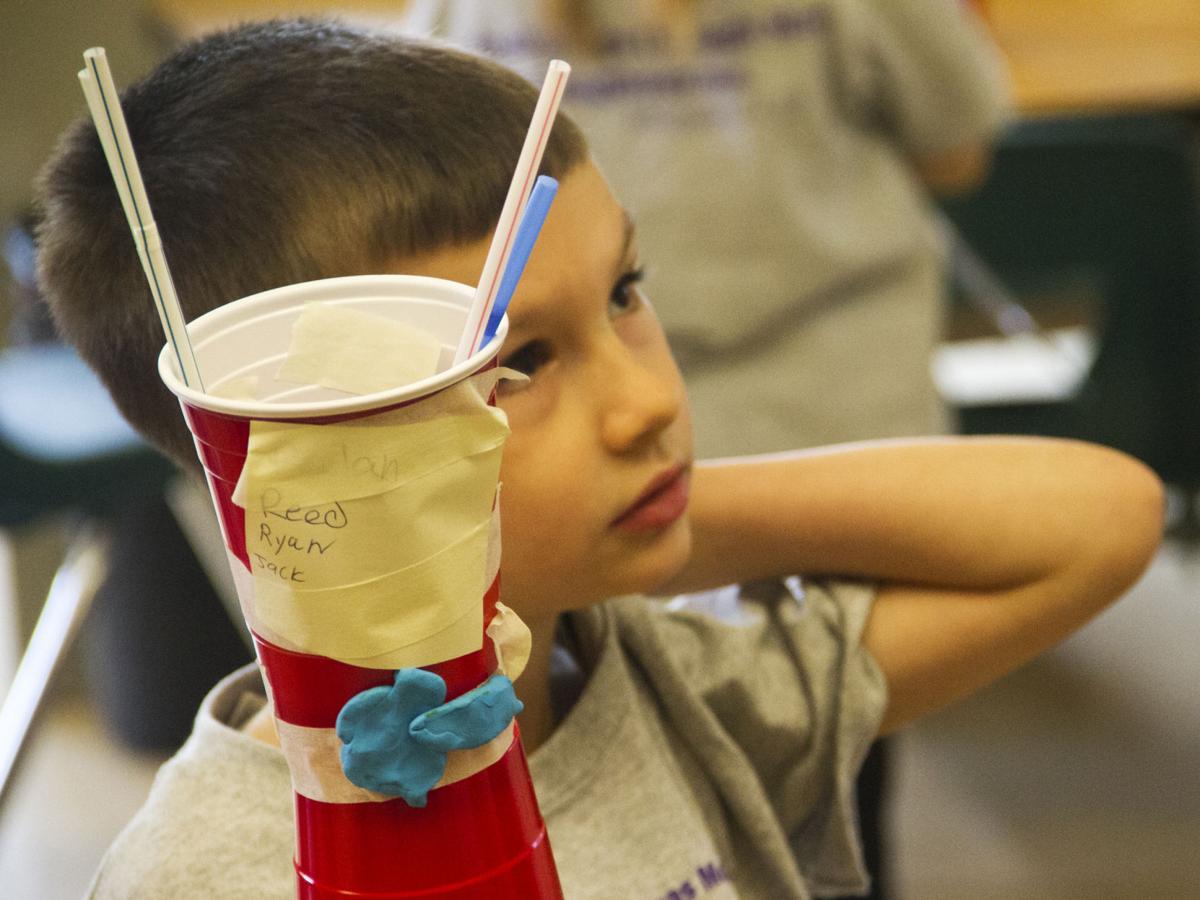 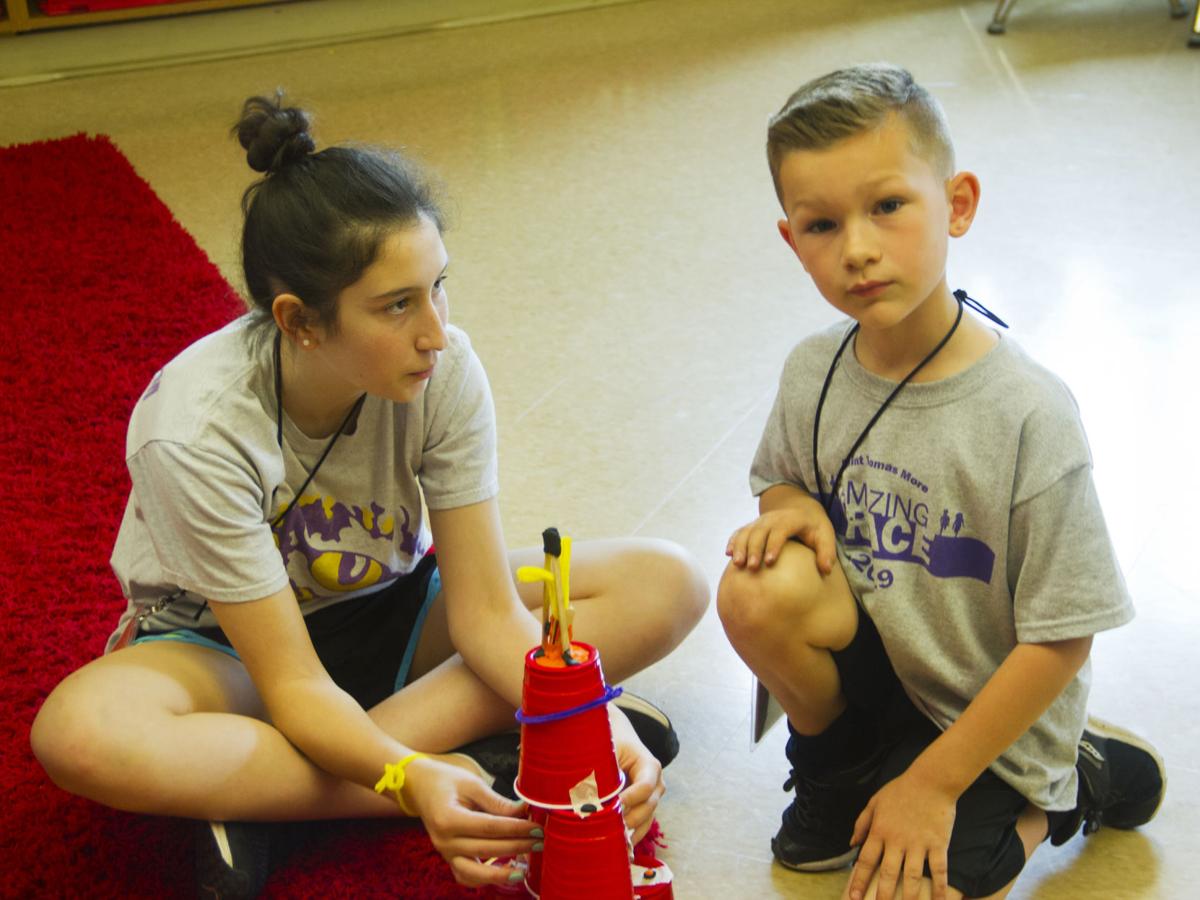 Elena Esquivel and Hudson Hitchings work on building a tower. 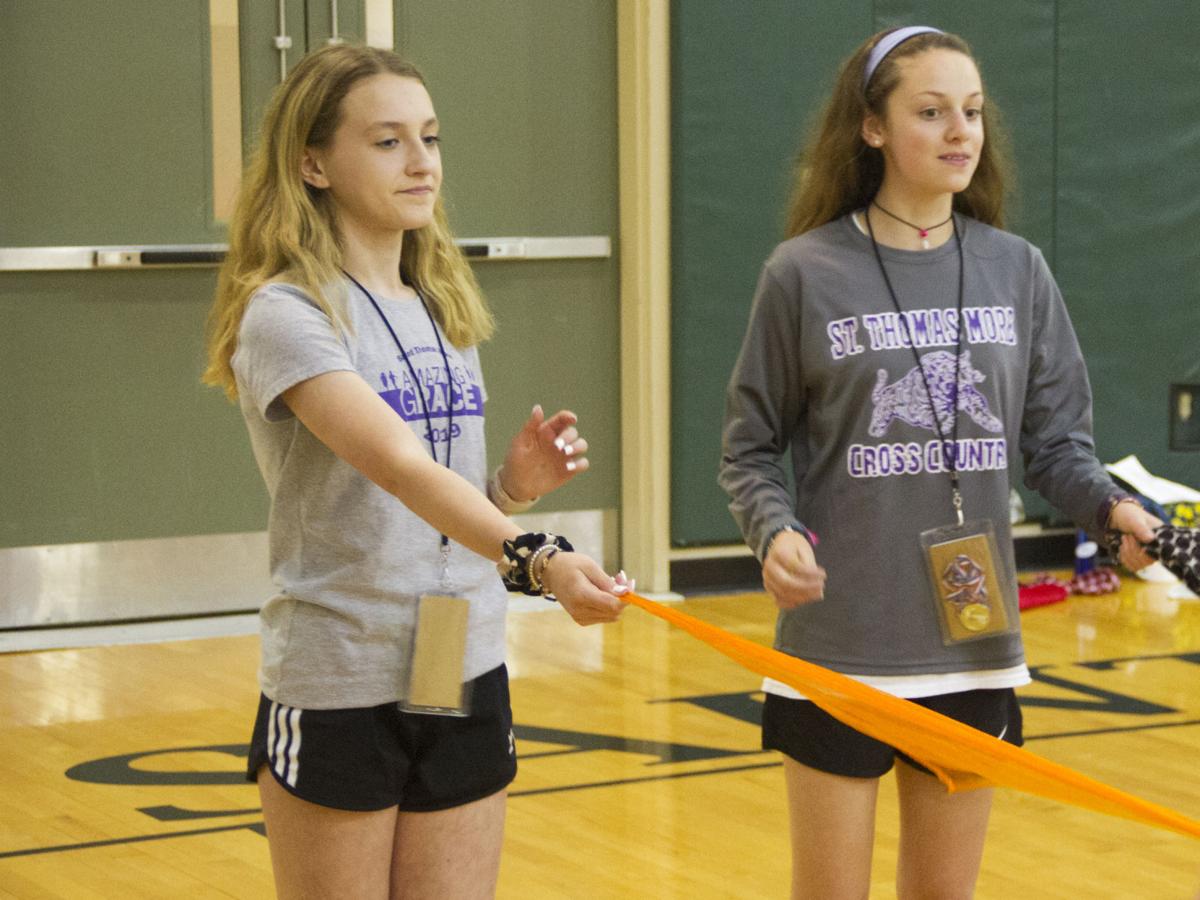 Gabrielle Petruska, left, and Katie Smith learn an Irish dance in the gymnasium. 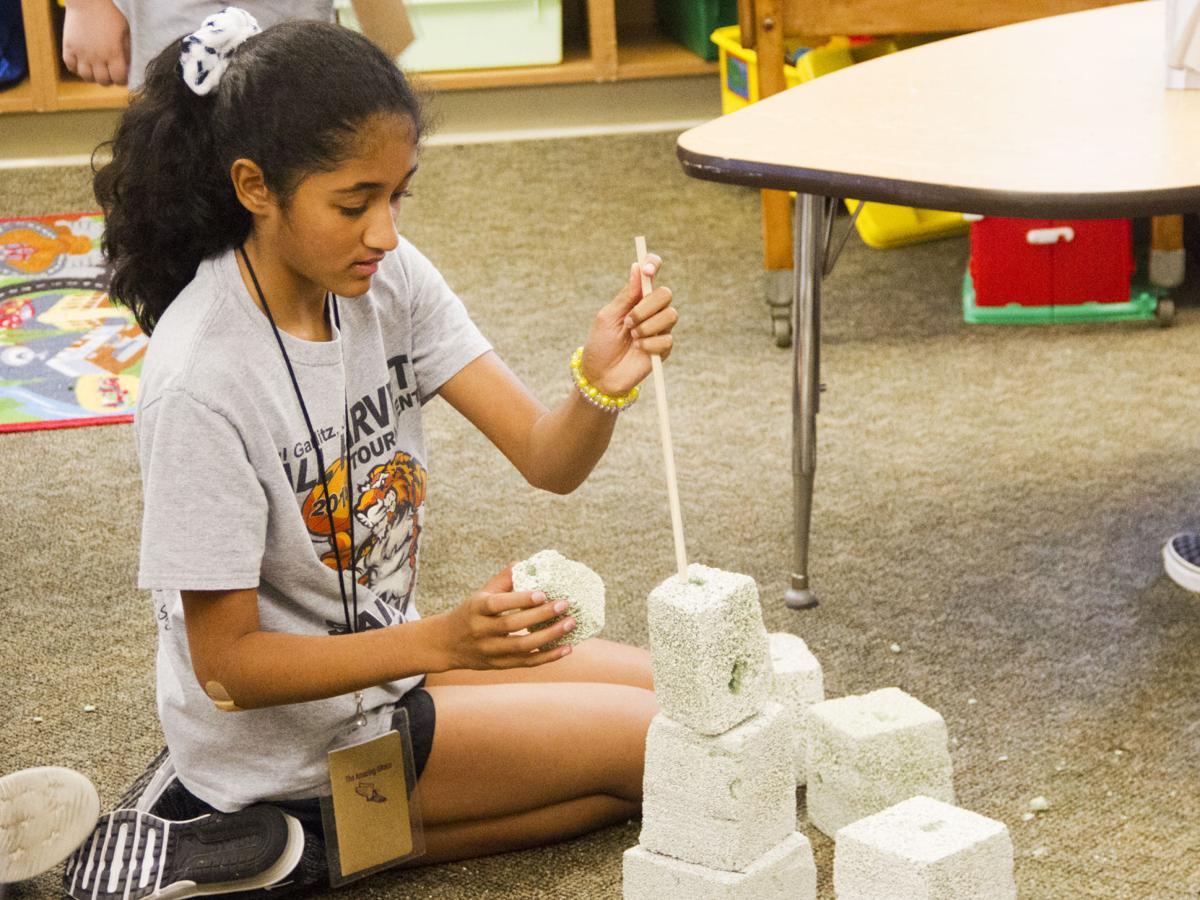 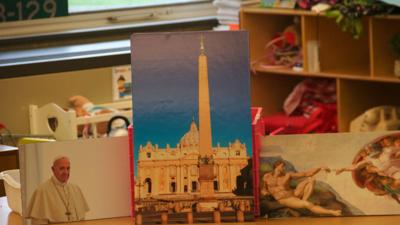 Ava Armstrong, left, and Sydney Martinez with a replica of the Pietà

Catherine McVivker works on a suspended drawing at the Vatican City station.

Elena Esquivel and Hudson Hitchings work on building a tower.

Gabrielle Petruska, left, and Katie Smith learn an Irish dance in the gymnasium.

For a wonder of technology, take the “A” train.

That would be the Alta Velocidad Española, a line of which connects Barcelona and Madrid, Spain.

“The distance is about 384 miles between these cities, so that’s like the distance between Pittsburgh and Ocean City, Md.,” Sarah Conroy-Kunkle told a group of students at St. Thomas More School in Bethel Park.

Some of them had made that particular six-plus-hour trip by car.

“If you take this high-speed train that goes 200 miles per hour, you can get there in less than three hours,” Conroy-Kunkle said about commuting between the Spanish cities. “So, it would be like us being able to get on a train at the end of the school day and be at the beach by dinnertime.”

The revelation of such fascinating facts abounded during St. Thomas More’s annual Immersion Day, a series of fun and informative activities organized by parents, Conroy-Kunkle included, who are in the school’s Parent-Teacher Guild.

This year’s event, held May 10, was themed as an “Amazing Grace” trek across Europe. Each student created his or her own passport and visited stations set up throughout the building focusing on the STREAM subjects – science, technology, religion, engineering, arts and mathematics – that the school emphasizes.

Along with learning about Spain’s technological rail marvel, students also gained lessons in religion, art and engineering by “traveling” to Vatican City.

“It’s in the middle of Rome,” said Janelle D’Eramo, PTG communications chairwoman. “It is the home of the Catholic Church and the smallest country in the world.”

Do the math and you’ll find that Vatican City, at only 109 acres is about 1.5 percent the size of Bethel Park’s 11.7 square miles. And Vatican City is where Michelangelo di Lodovico Buonarroti Simoni (1475-1564) was put to work after creating the Pietà, depicting Jesus on the lap of Mary, his mother.

“He sculpted that, and then he was asked to paint, which he never really did before,” said Janelle D’Eramo about the man more succinctly known as Michelangelo. “And he learned how to paint at the top of the Sistine Chapel.”

To get an idea of the logistics of his work, students laid on their backs under tables to draw on pieces of paper posted above.

And to get an idea about the engineering feat that produced the Vatican Obelisk in St. Peter’s Square, the youngsters worked on assembling a small-scale model of the structure that has stood since the 17th century. Likewise, their “visit” to France featured an activity building structures in the manner of the construction of the Eiffel Tower, a Paris landmark since 1889.

Further Immersion Day activities included the likes of learning the dances of different cultures and exploring what would be found in various countries in terms of the five senses. And for a real treat, Heather Warmke and Alice Mayfield from Sub Zero Nitrogen Ice Cream in Upper St. Clair demonstrated the science behind liquid nitrogen, with, of course, students sampling the frozen confection at the conclusion.

Preparation for the annual event takes a lot of work and a lot of innovation, according to Laura Miller, the PTG’s co-leader this year with Leslie Dambrogio

“Each parent who decided to take on a role of planning an activity decided what country they were going to focus on and what the activity was,” Miller said. “It’s pretty impressive what can happen when you leave people to come up with their own ideas.”