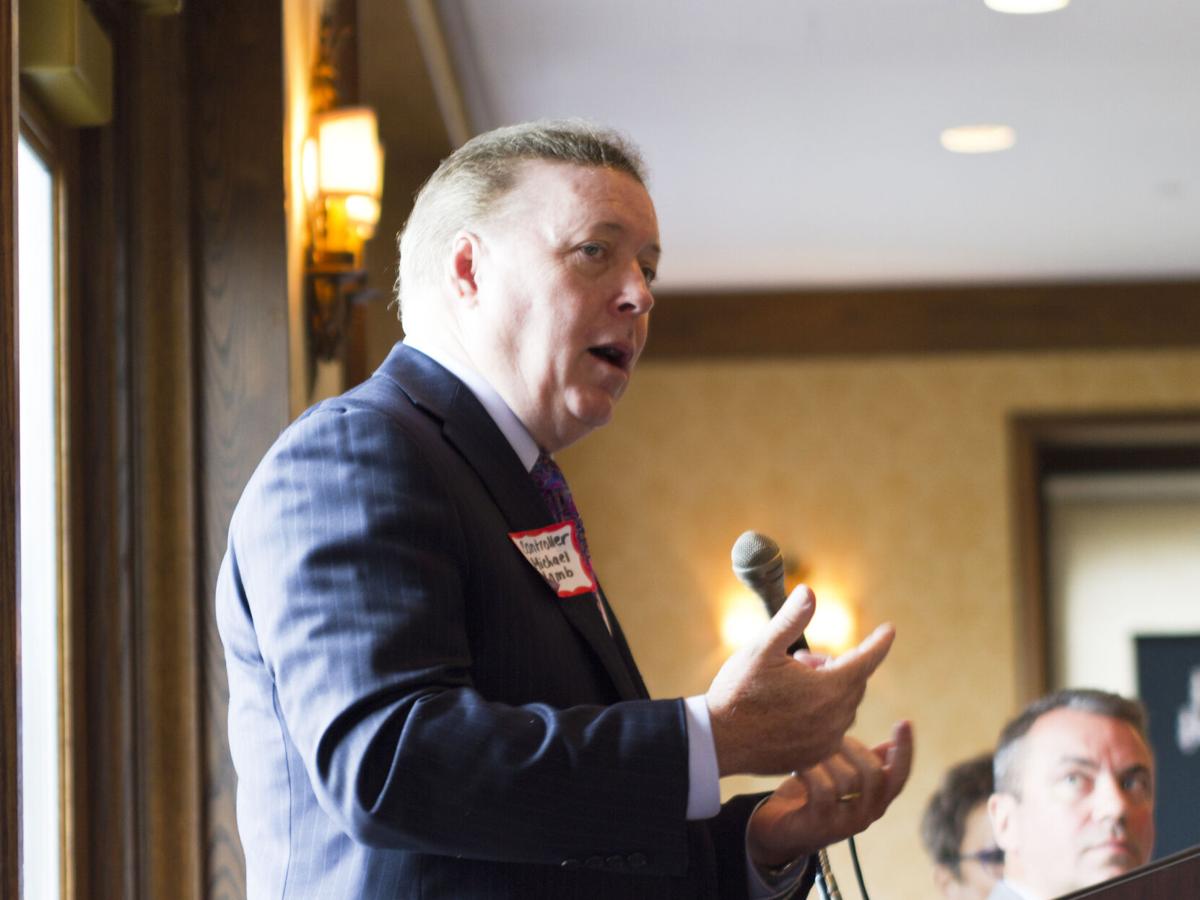 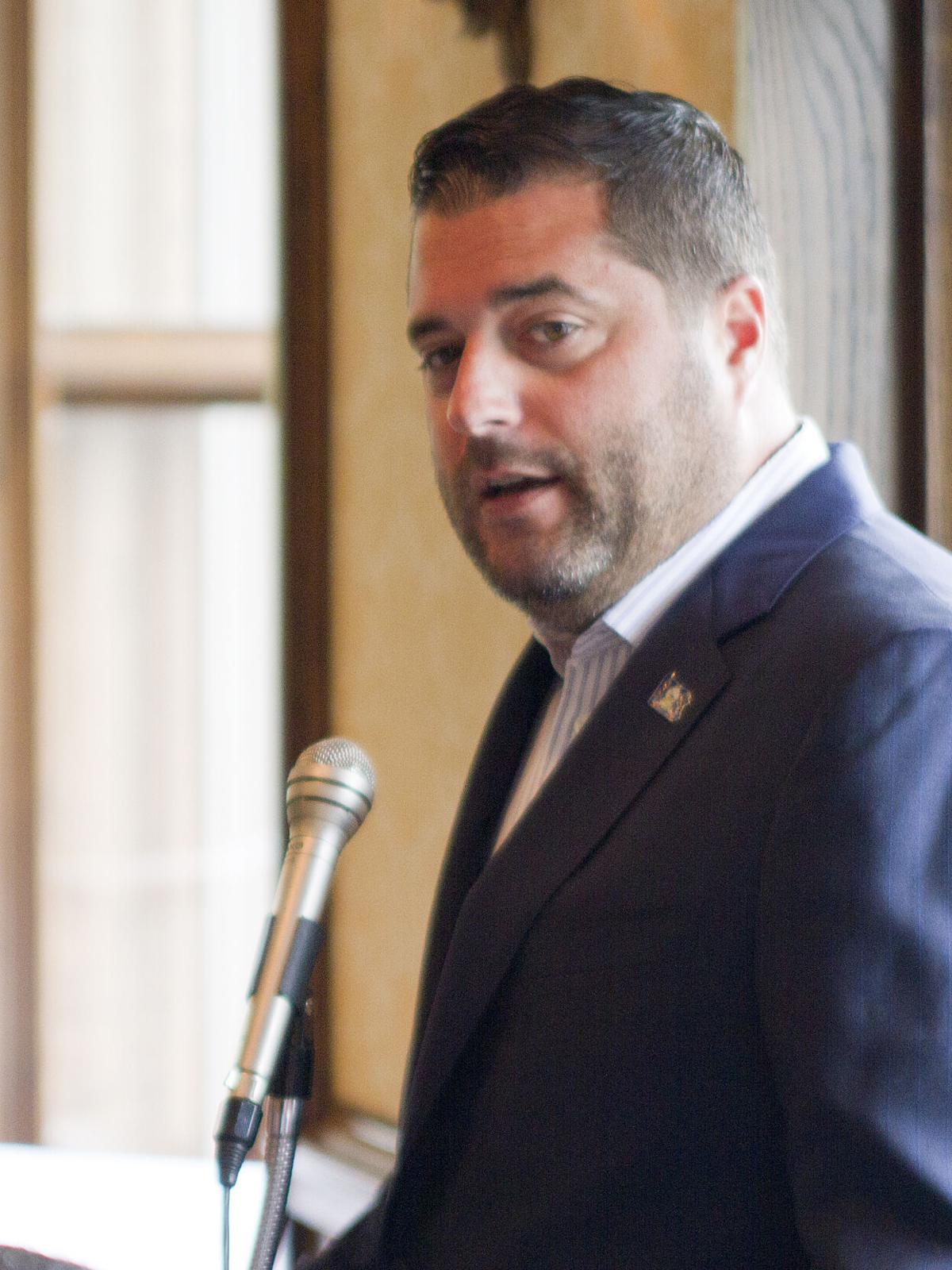 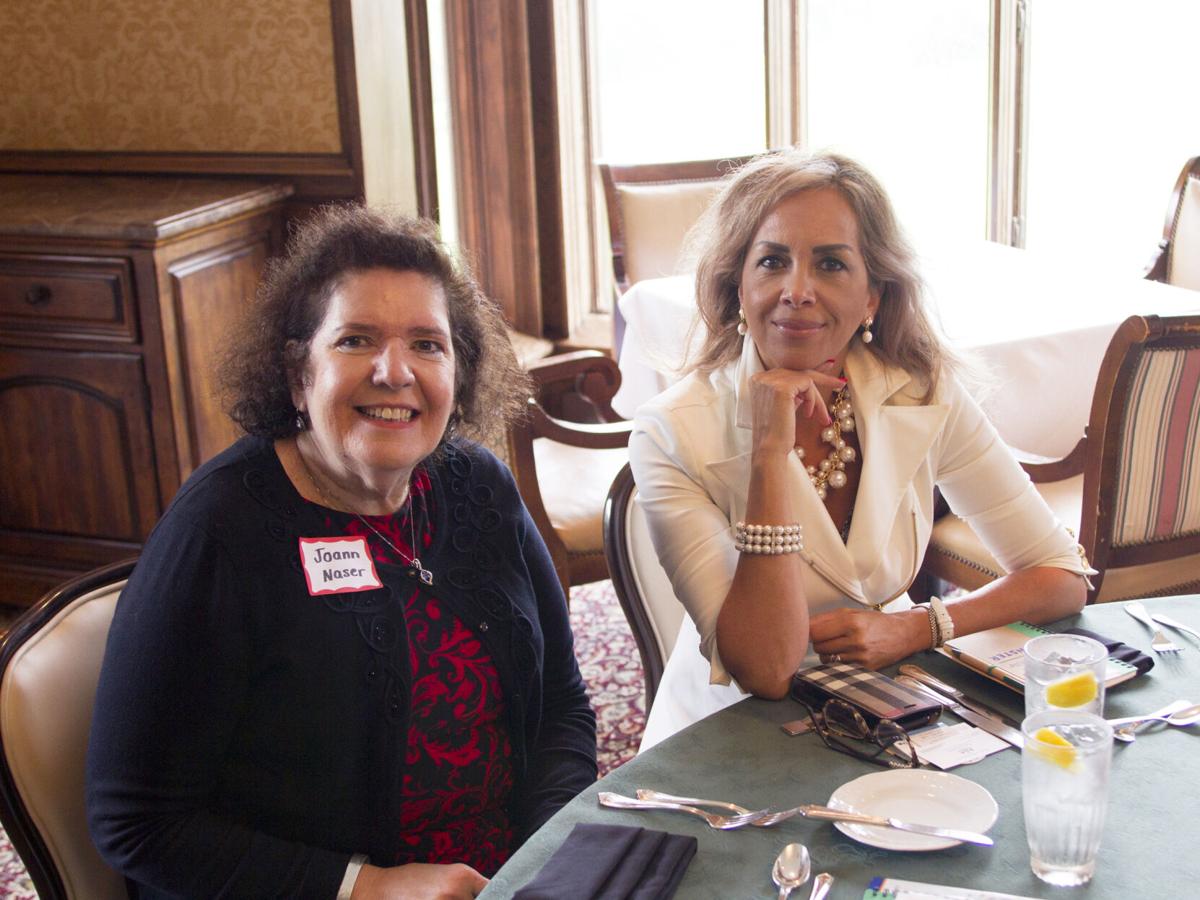 Joann Naser, left, and Ralda Awad were among the luncheon guests. 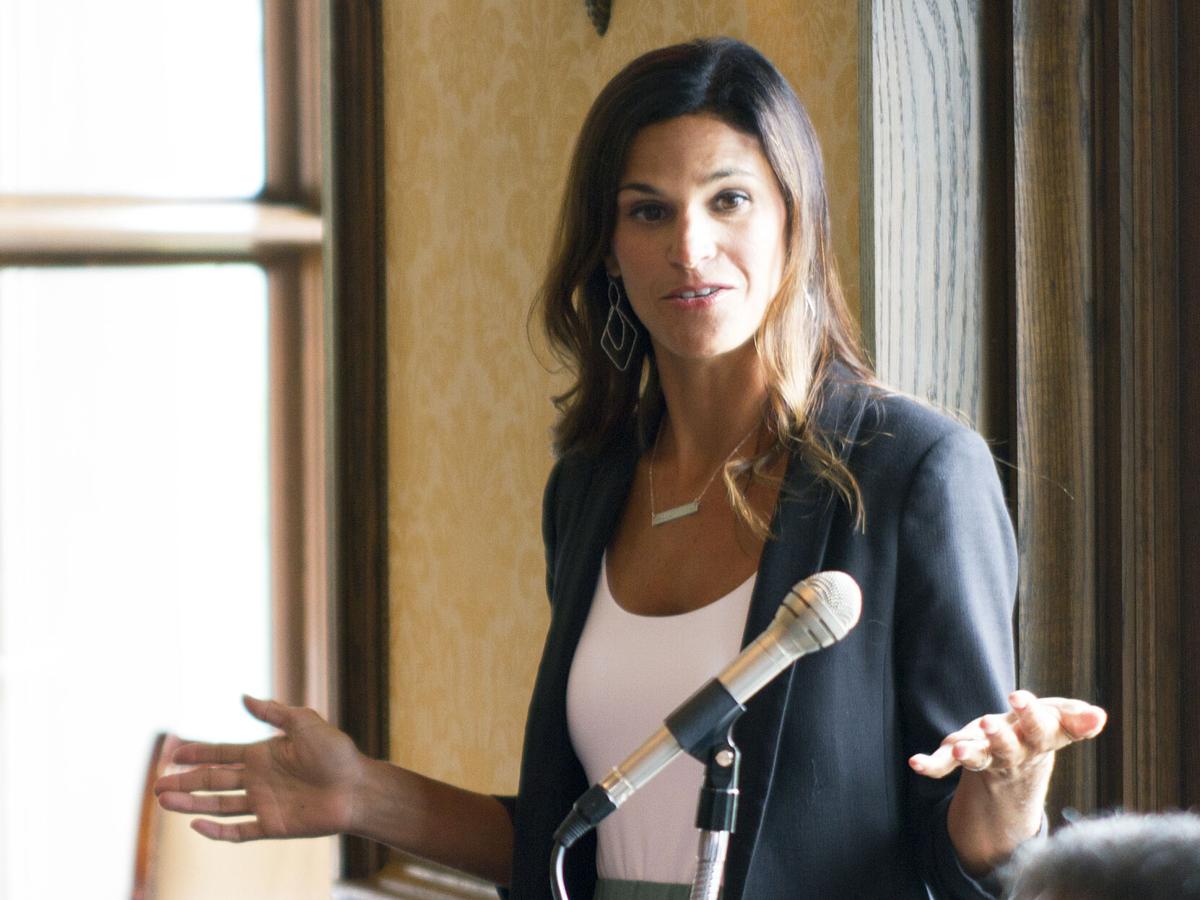 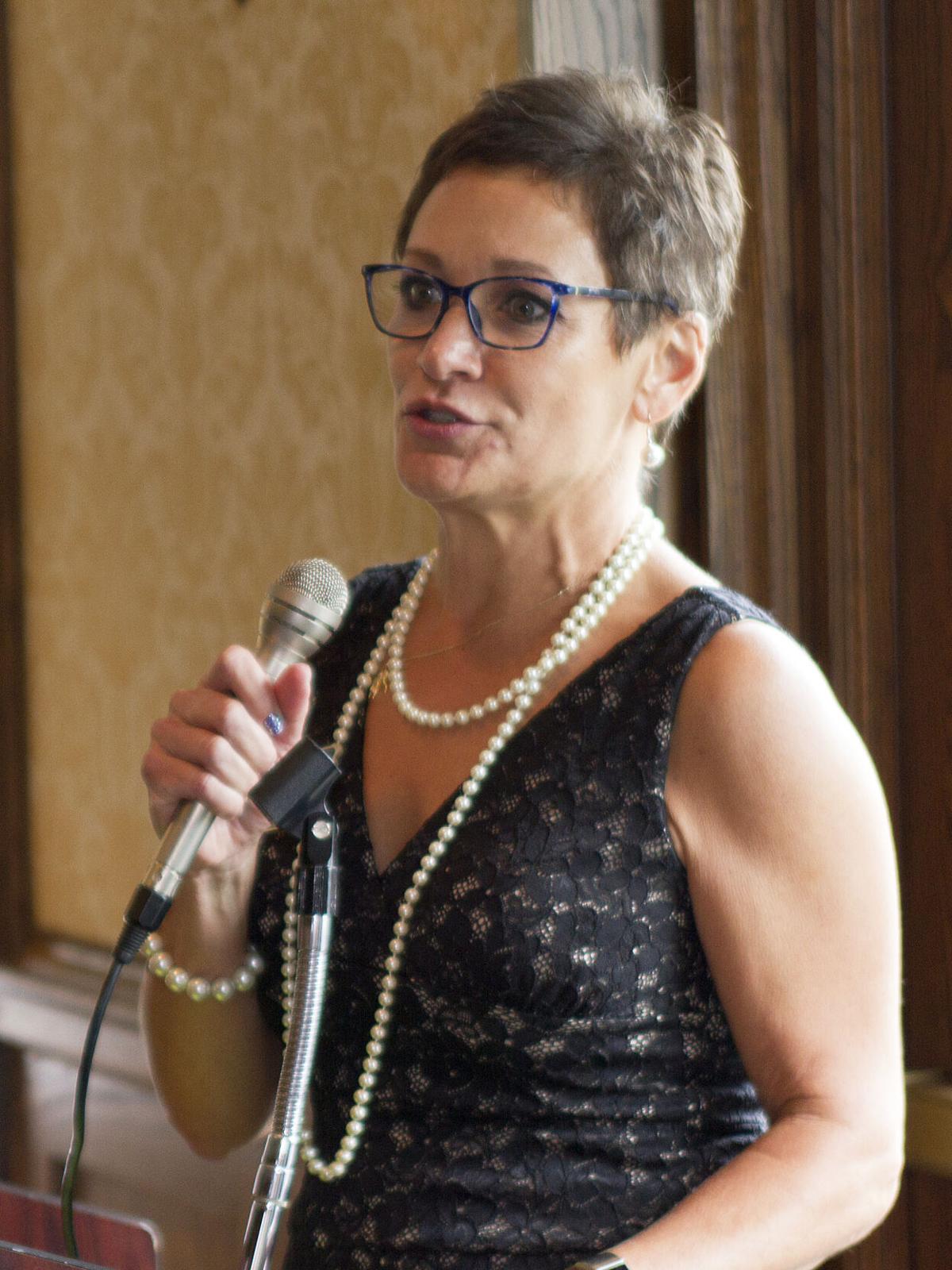 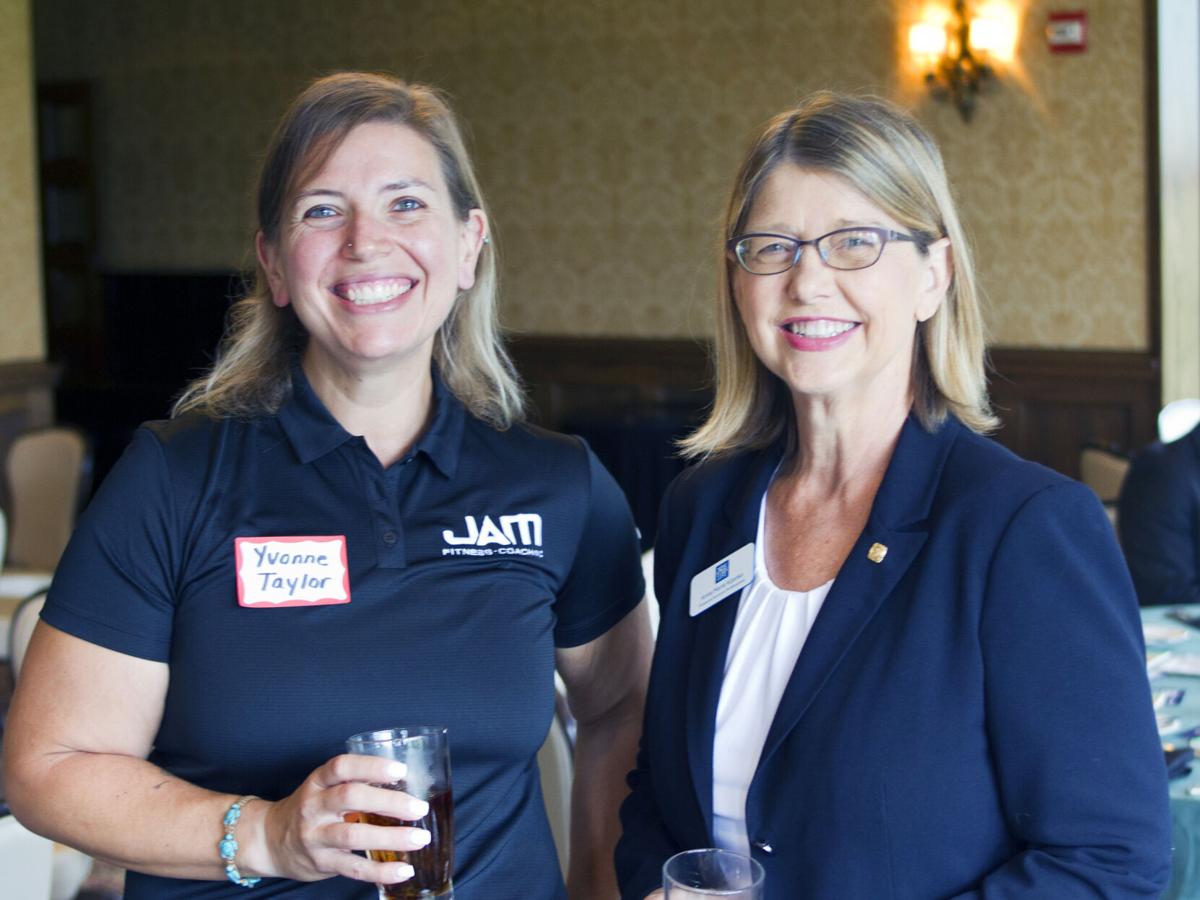 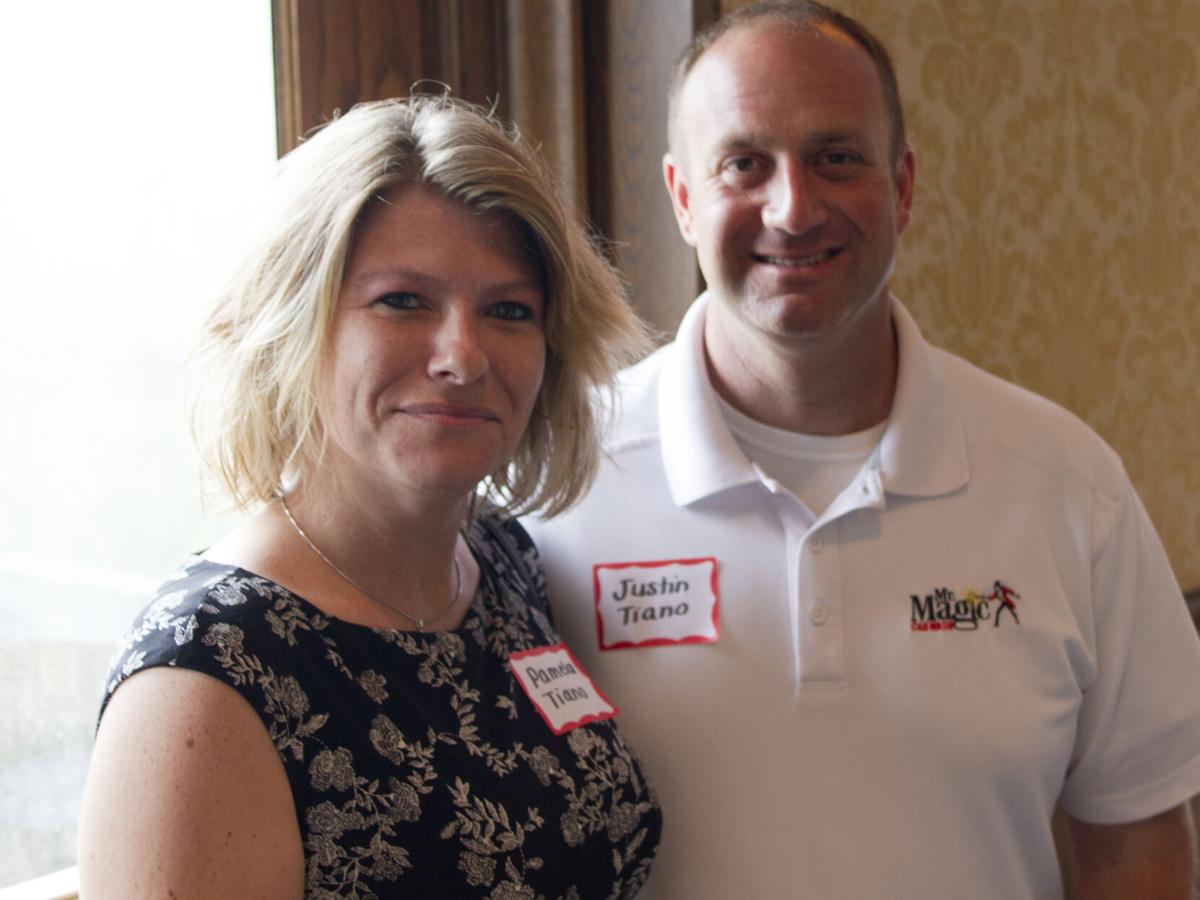 Joann Naser, left, and Ralda Awad were among the luncheon guests.

That may seem like an odd topic for someone speaking at the annual South Hills Chamber of Commerce Legislative Lunch, but Michael Lamb provided his reasoning.

As the city of Pittsburgh’s controller, Lamb has been involved in discussions with Wilkinsburg officials about the possible annexation of the financially challenged borough.

“While that conversation is important to us, it’s important to all of us,” Lamb said Thursday at St. Clair Country Club in Upper St. Clair. “Every municipality should be having these kinds of conversations, not necessarily annexation but maybe consolidated services, cooperative efforts, mutual aid.”

He acknowledged that many strides have been made in that regard, particularly with the offering of emergency services, in the South Hills. But more, he suggested, can be done.

Lamb discussed two particular issues, data collection and municipal codes, that are being targeted for action.

A project at the University of Pittsburgh’s Center for Social and Urban Research, he said, is aimed at unified standardization effort for regional data.

Something similar is envisioned for accessing the variety of municipal codes around Allegheny County.

“I think through that process, we can begin at least the idea of a countywide municipal code,” Lamb said. “It wouldn’t change one thing with respect to a municipality’s independence or their elected officials, but just co-housing that information makes it more accessible to anyone who wants to use that data.”

“Through my experience as a business owner, I know that government is best when they govern least, and I want to make sure that we are not putting undue regulations and burdens on our business community,” Robinson said. “I would like to see private enterprise flourish as much as possible, and that’s the approach that I brought to Harrisburg.”

Elected in November for his first term, Robinson has been working on legislation addressing such issues as COVID-19 pandemic recovery for businesses and schools, veterans’ benefits – he served in the U.S. Marine Corps – and the frequent flooding that afflicts parts of his district, including his hometown.

He also is drafting a bill aimed at incentivizing businesses “to use natural gas as their primary energy source,” he said.

Mihalek, a Navy veteran who is serving her second term, requested input from local business owners to take back to Harrisburg.

“You are the ones spending your days talking to people in my legislative district and our communities, and you know what’s happening: what you need, what you don’t need, what you perceive as the government kind of standing in your way,” she said. “I’m a true believer in staying out of your way. You guys know what you need to do. So my message to you today is that we are here as a resource for you, as a partner in the community and as a liaison to state government.”

She said her office is holding a job fair Sept. 16 at Three Treasures Health and Wellness in Bethel Park.

“We know that places are short-staffed,” Mihalek said. “So we wanted to do our part in creating an environment for employers to connect with potential staff.”

For more information about the South Hills Chamber of Commerce, visit www.shchamber.org.