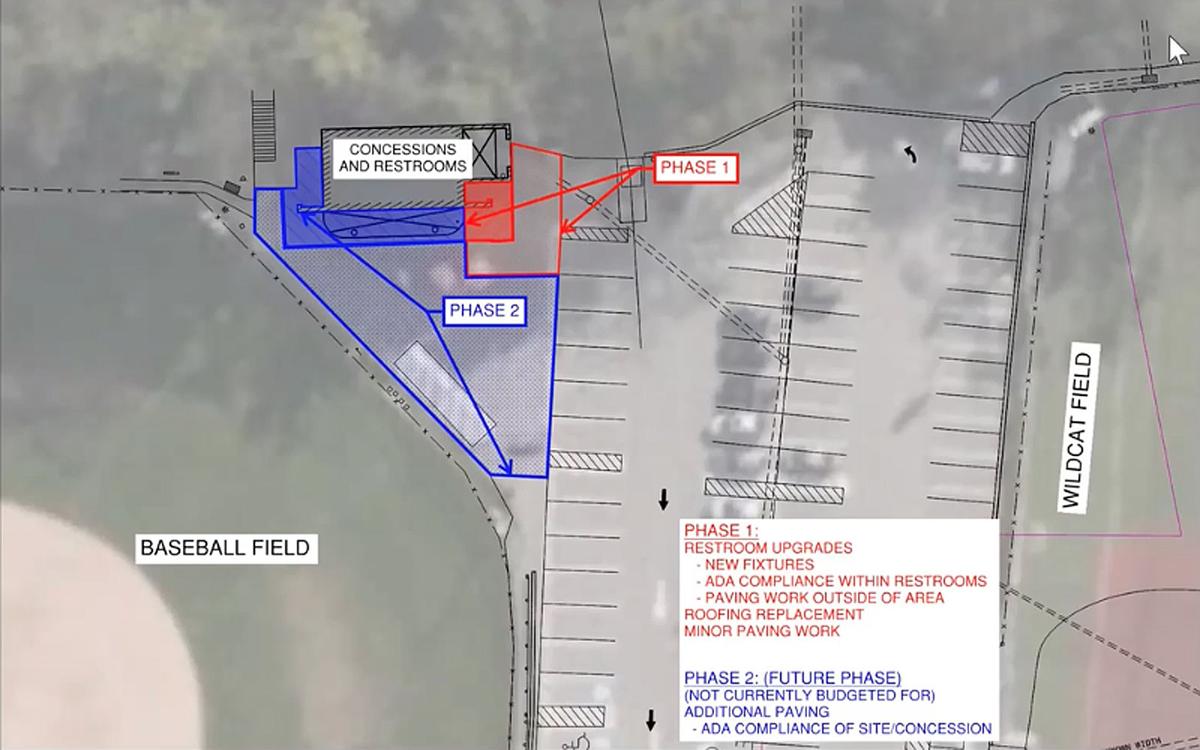 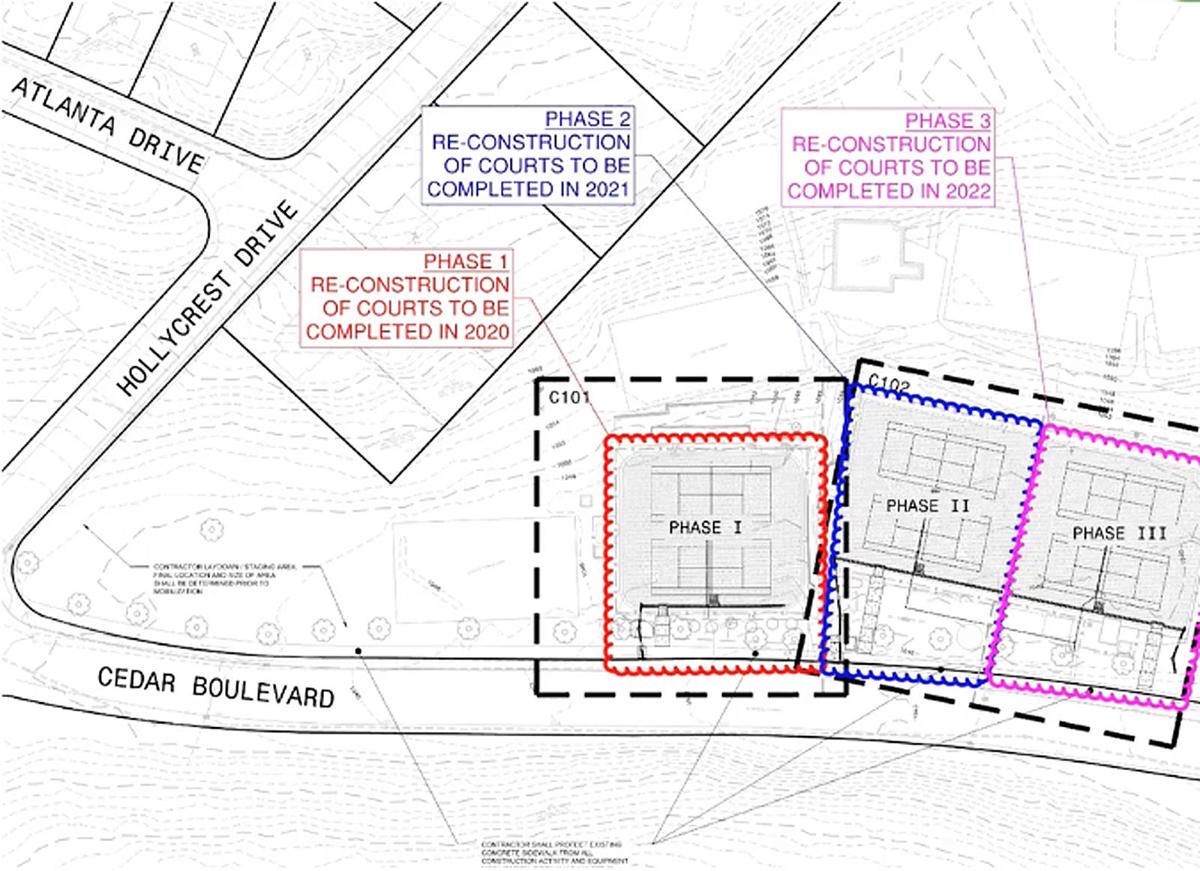 Mt. Lebanon plans to proceed in the near future with projects that include improvements to three recreational areas.

The improvements primarily address the tennis courts at Meadowcroft Park, restrooms and concession stand at Dixon Field in Main Park, and the Mt. Lebanon Tennis Center’s court surfaces. Also in the works is replacement of the canopy that provides cover for the fuel pumps at the public works facility.

At Meadowcroft Park, located off North Meadowcroft Avenue next to Lincoln Elementary School, plans call for enhancing accessibility to comply with the federal Americans With Disabilities Act in addition to the chief focus of the $314,000 project.

“The majority of the work is going to be related to paving the courts, re-line striping, fencing and lighting,” Deiseroth said. “There will also be an alternate bid to replace the sidewalk, which isn’t in the greatest condition.”

Commissioners previously had discussed the park as one of several potential sites for a pickleball court, but the idea did not draw their support, primarily because of the estimated cost.

“The reason for this location was to kind of piggyback on this project, because the resurfacing would have already been budgeted,” recreation director David Donnellan said, explaining the using a Meadowcroft court for pickleball would involve a pricey degree of retrofitting. “This was a logical place to do that. Plus this is the location the sports advisory board looked at, because this is viewed as an underutilized location for tennis.”

Used to a much greater degree is the six-court tennis center, where a project involving resurfacing and the installation of a new irrigation system is budgeted at $400,000. Members of Mt. Lebanon Indoor Tennis group have pledged $180,000 toward the cost.

The project is expected to be completed in 2022.

“Timing affects the project in multiple ways,” Deiseroth said. “If we try to do all of the courts at one time, it takes them off the ability for the municipality to use the courts and rent the courts in the summertime. So we’ve struck a balance where we’re going to take bids on a three-phase project and do two courts each year for the next three years.”

At nearby Dixon Field, improvements include replacing the restroom roof and installing new fixtures inside, plus paving and some other modifications to meet ADA requirements.

Craig Grella, commission president, said issues have arisen regarding the exchange of keys between different groups to unlock the various amenities at the field.

The matter is being addressed, according to Donnellan.

“With this project, we had hoped to incorporate maybe some more sophisticated locksets that could either be programmed or unlocked remotely, or something along those lines, just to make our lives a little bit easier,” he said. “We’d like to have some other options for locks that would help out if there’s human error involved.”

For the public works facility project, $103,000 is budgeted.

“It involves the replacement of the existing fuel pump canopy, some associated paving work and then the removal of and reinstallation of the fuel pumps. You have to do that to actually get the canopy in,” Deiseroth said. “The current canopy is in bad condition and definitely needs to be replaced.”