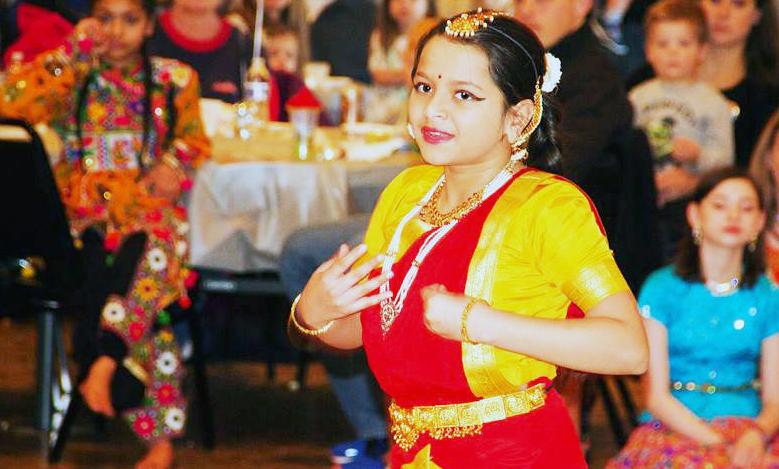 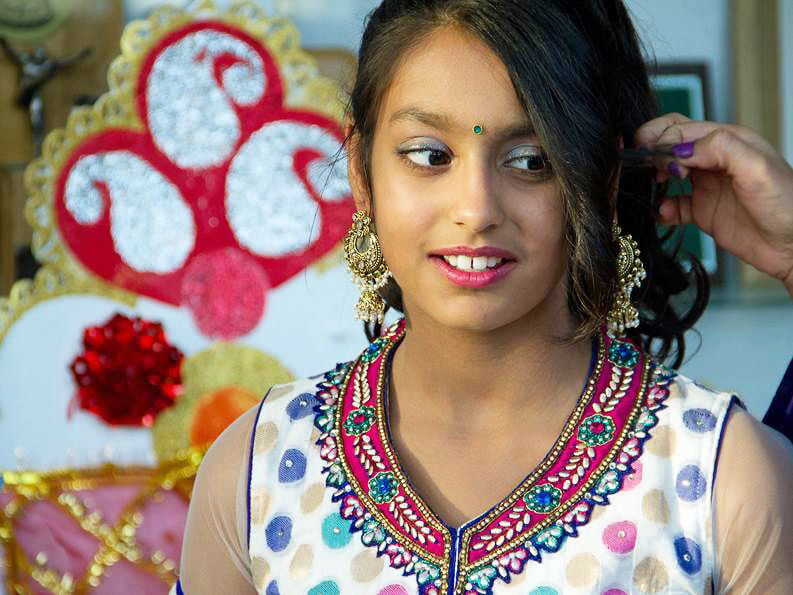 Scene from “An Evening In India” event held in 2016 at South Fayette Township High School, organized by then-senior Meghan Banerjee 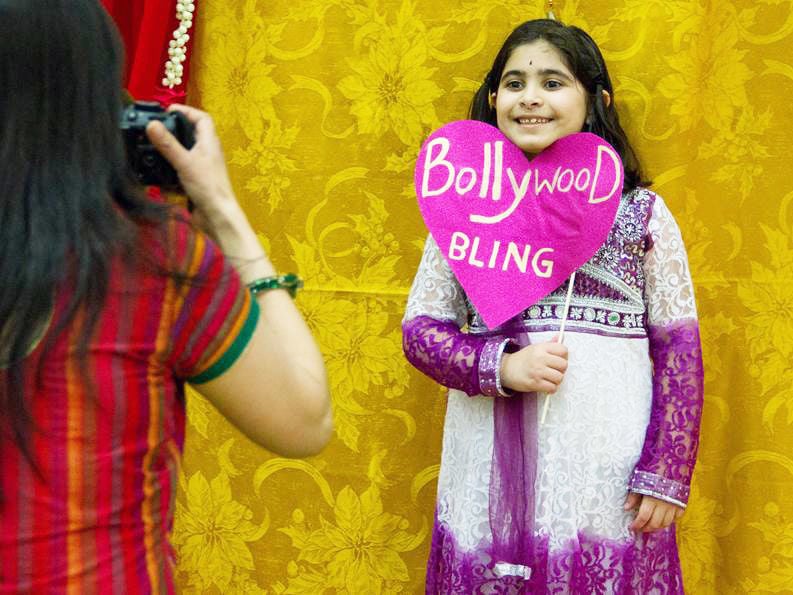 Scene from "An Evening In India" event held in 2016 at South Fayette Township High School, organized by then-senior Meghan Banerjee 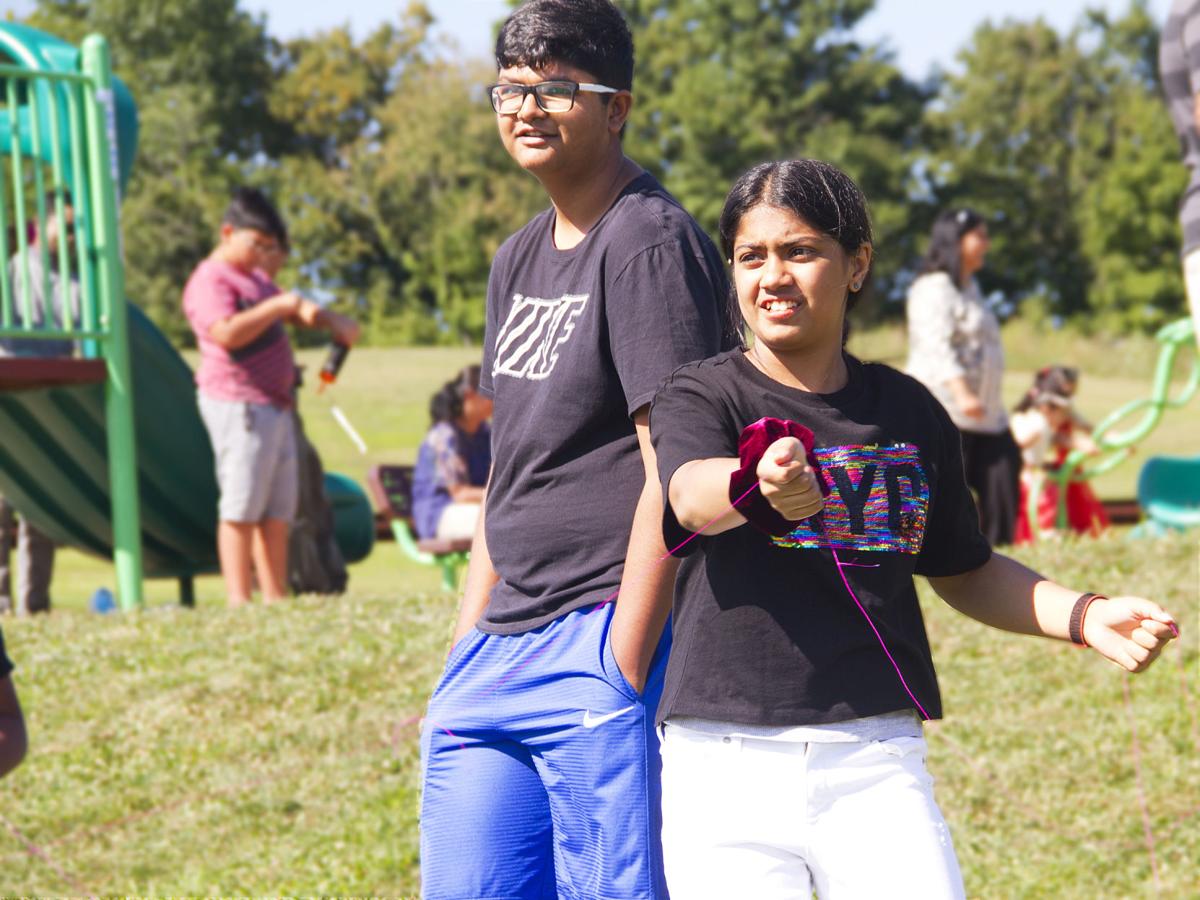 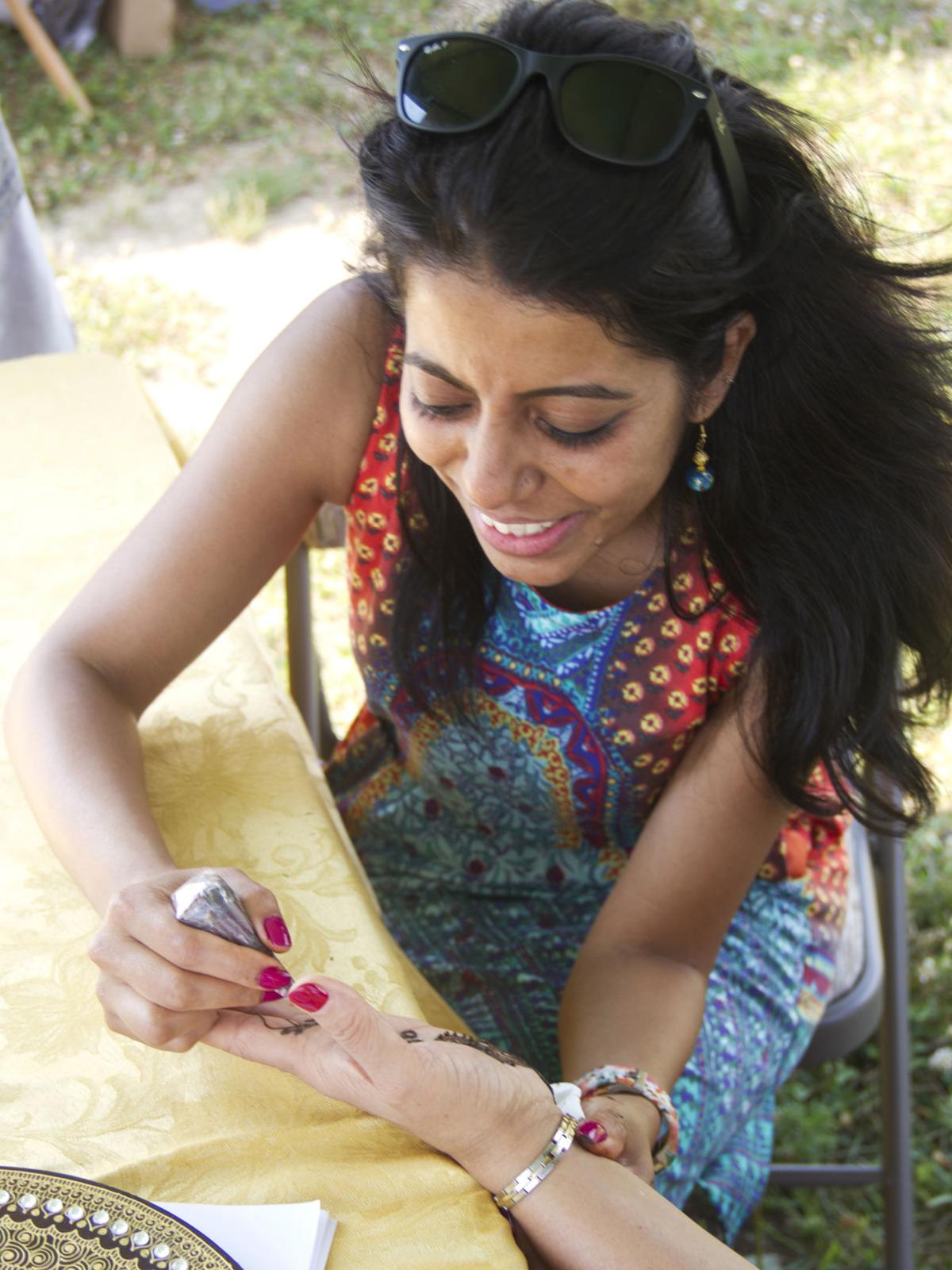 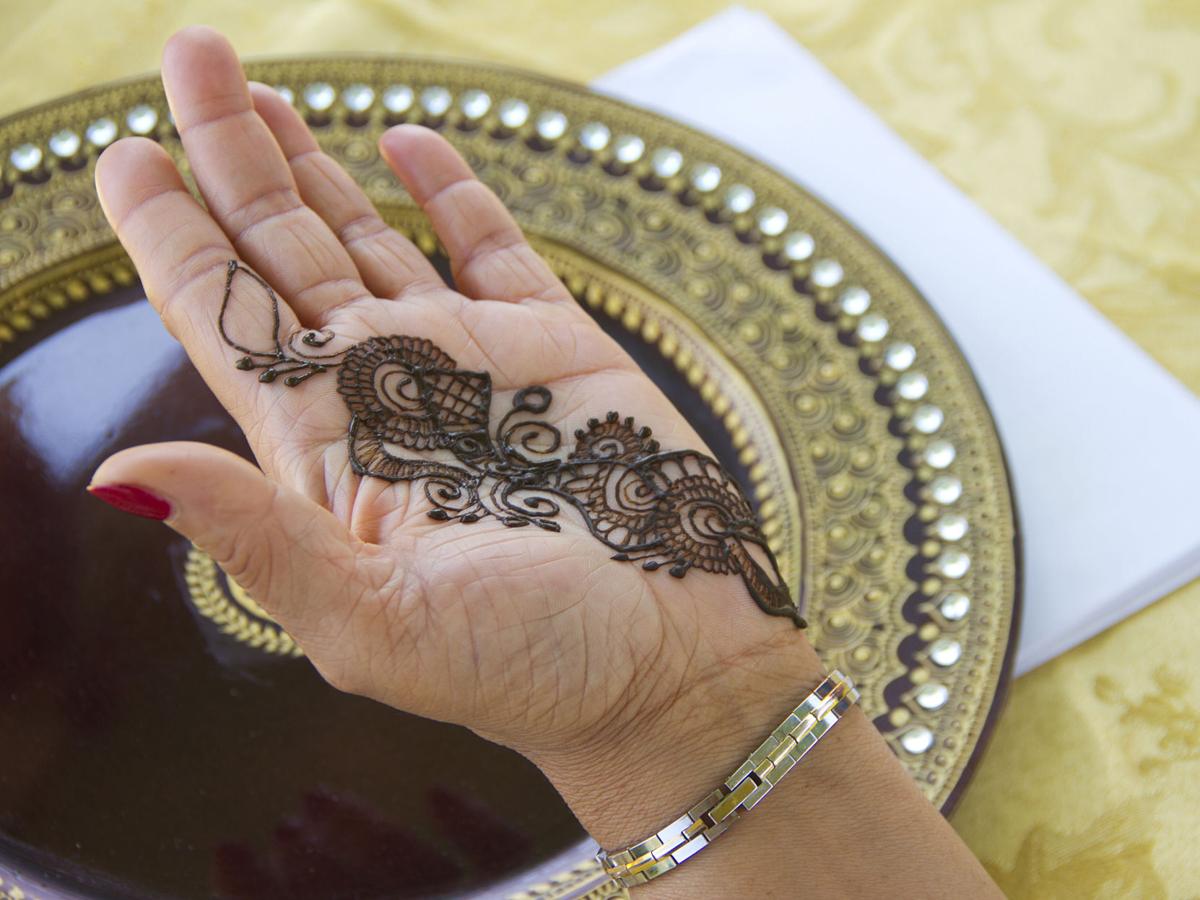 Pictured is Mehndi art applied by artist Kadambari during India Day Festival in 2018 at Fairview Park in South Fayette Township.

Scene from “An Evening In India” event held in 2016 at South Fayette Township High School, organized by then-senior Meghan Banerjee

Scene from "An Evening In India" event held in 2016 at South Fayette Township High School, organized by then-senior Meghan Banerjee

Pictured is Mehndi art applied by artist Kadambari during India Day Festival in 2018 at Fairview Park in South Fayette Township.

They love the vibrant movies and music that spring from their homeland, but they also follow the Pittsburgh Steelers with the same devotion as someone schooled in black-and-gold lore since birth.

Asmita Srivastava and her husband, Ajay, have called South Fayette Township home for more than a decade. They live in a quiet, family-packed subdivision just over the line that separates Allegheny County from Washington County. She has a background in marketing, and he works for U.S. Steel. They both hold degrees from universities in India, and came to Pittsburgh via Cincinnati, where they originally settled after coming to the United States for the abundant career opportunities it held.

“We weren’t global citizens yet,” she explained on her back deck one afternoon last month. It’s a different story for their two daughters, however.

“They are citizens of the world,” Asmita said.

The Srivastavas are just one of the many families with roots in India that have made South Fayette Township their home.

Even as many communities in Southwestern Pennsylvania have struggled to attract newcomers, South Fayette has experienced a crush of residential and business growth. The population of the township has increased by at least 25% since 2000. Once a predominantly rural area made up of lifelong residents who worked in farming or mining, South Fayette is rapidly becoming a hotbed of comfortable subdivisions where the homes sell for $500,000 and they are snapped up by young professionals who commute to Pittsburgh or Southpointe and want to enroll their children in a well-regarded school system.

Need another indication of how established the Indian community has become in South Fayette? One need look no further than the website for the township. It can be translated into a number of different languages, but a button for translating it to Hindi is atop the home page.

The township did not receive a specific request for a Hindi translator, said Andrea Iglar, the director of communications and community development for South Fayette. And while most of the township’s Indian transplants are fluent in English, she pointed out, it is a second language for many of them, and “we’re looking to communicate as clearly as possible with all our residents.”

Indian expatriates like new houses and superior schools, according to Shambhavi Desai, who operates the Sanskruti School of Indian Dance and Music in Cecil Township, and she explained that South Fayette has both.

“Education is very important to Indians,” Desai said. “They are on the edge of being obsessed about education. They want to be No. 1. They don’t want to be No. 2 or No. 3.”

She noted that many of the Indian natives who have migrated to South Fayette work as doctors, engineers or in the information technology industry.

“They are extraordinarily hard-working,” she said.

Desai came to the United States in 1994 with her husband, Priyadarshi. Like the Srivastavas, they first made a stop elsewhere, landing in Illinois for a couple of years while Priyadarshi completed a Ph.D in materials science and engineering. They initially lived in Greentree. When they first came to South Fayette, there were few families like them, she recalled.

Her children were born here, so they have been immersed in American culture from day one. It’s the same for the Srivastavas and the family of Abhijeet Joshi. He has two children, and his son plays football and basketball. By and large, he and his family feel accepted within the community, he said, though he has occasionally seen what he described as “some rubbish online.”

“We live in a great neighborhood,” he said. “The kids all get along well.”

Desai said her son has experienced some bullying, “especially after Trump.”

The president “ignited it even more,” she explained. “South Fayette is not New York, it’s not Chicago. When you look different, people take some time accepting you.”

The township is considering putting on community forums to discuss cultural issues within the community, according to Iglar, because of the influx of residents from “other cities, other states and other countries.”

“We’ve been looking at ways to facilitate more cultural understanding,” she added.

At the same time, South Fayette School District is looking at strengthening its policy when it comes to ethnic and racial intimidation, according to Superintendent Kenneth Lockette, and is actively trying to promote diversity. The district’s strategic plan calls for its students to be “engaged global citizens,” and it hopes to increase what it calls “cultural and global competencies.”

He also said the district tries to be sensitive to the needs of students who adhere to specific cultural traditions. For instance, Lockette sends notes to coaches to remind them that some Muslim students might be fasting during the month of Ramadan, he said.

Another holiday, Diwali, the annual festival in India that celebrates the triumph of light over darkness, will be happening at the end of October. Some Indian families in South Fayette will be getting together for celebrations. It’s indicative of how the Indian population has grown in South Fayette that no family transplanted from India will have to mark the occasion in isolation, as they once might have.

Indeed, as Desai points out, there are an array of choices Indian immigrants have in the area to indulge their interest in food, sports and culture from the Indian subcontinent. Bollywood movies are screened at regional theaters, Indian restaurants are serving vada pav, paratha, tikka masala and vindaloo, and there are even cricket teams cropping up around the Pittsburgh region.

“Twenty years ago, when we moved to Pittsburgh, we didn’t have any of these things,” Desai said. “Now we have Indian restaurants and Indian movies. It’s really wonderful that we have so many options.”