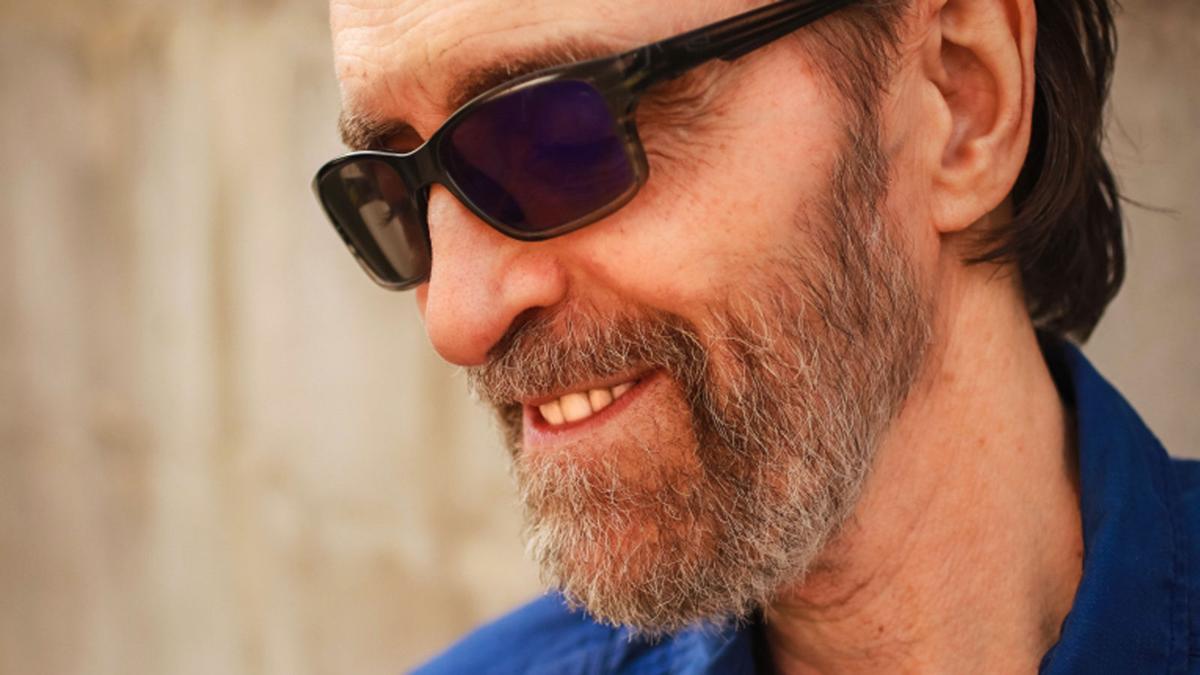 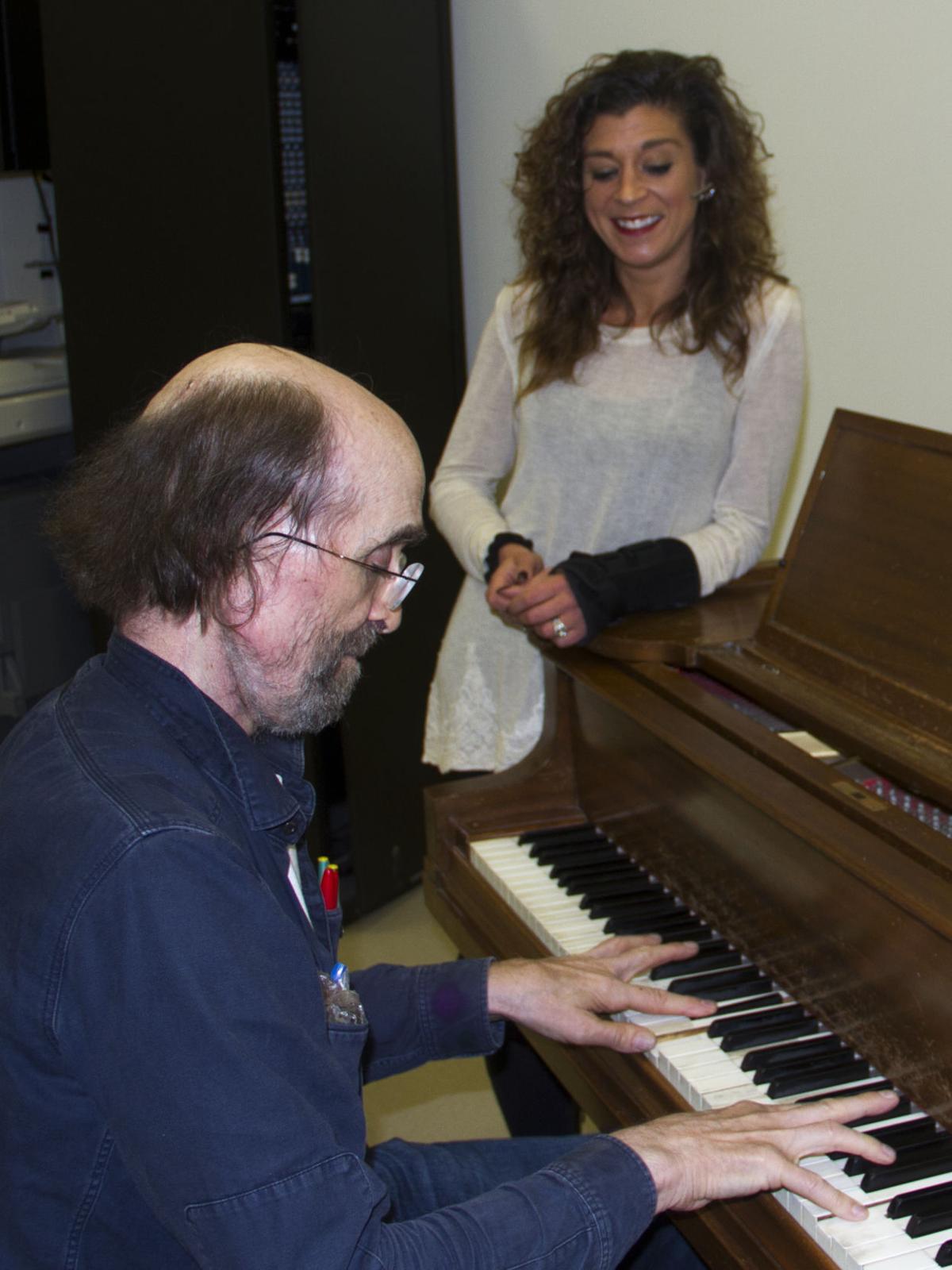 George Winston and Katie Harrill during a music workshop at Christ United Methodist Church in Bethel Park in October 2017. 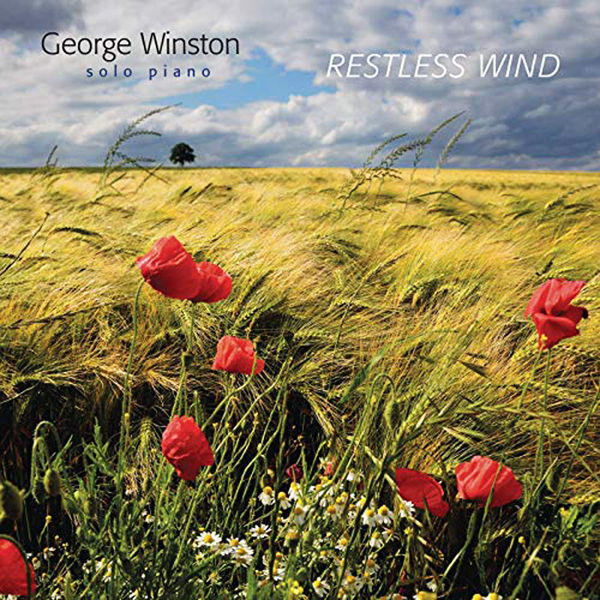 With the 50th anniversary of Woodstock approaching this summer, it’s fitting that pianist George Winston includes one of the festival’s most iconic songs on his latest album.

“Restless Wind,” due for release on May 3, contains a medley that includes Country Joe McDonald’s “I-Feel-Like-I’m-Fixin’-to-Die Rag,” minus the expletive of expletives that Joe led the half-million-strong crowd in chanting.

Another Woodstock alumnus, Stephen Stills, is represented with “For What It’s Worth,” the 1967 hit he wrote for Buffalo Springfield. And Winston covers his favorite band of the Classic Rock era by performing the Doors’ “Unknown Soldier.”

His tour in support of “Restless Wind” and its already-released opening track, the original “Autumn Wind (Pixie #11),” brought Winston to the Carnegie of Homestead Music Hall in Munhall for a concert April 5. Proceeds benefited the creative arts program of Wesley Family Services, which has several regional locations, including in South Fayette Township.

The selections on Winston’s 15th album of solo piano pieces draw from much of the 20th century, from José López Alavez’s 1915 standard “Canción Mixteca (Immigrant’s Lament)” to “The Times Of Harvey Milk,” Mark Isham’s song for the 1984 documentary of the same name. Four-plus tracks are from the ’60s, also including “The Good Earth” by Jimmy Wisner and “A Change Is Gonna Come” by Sam Cooke.

That happened to be the decade during which Winston, 70, began to develop as a musician, and he generally cites one influence in particular:

“The Doors are the reason I started playing. When I heard them in ’67, I said, ‘I’ve got to get an organ and play in a band someday.’”

Eventually, he discovered the music of Thomas “Fats” Waller, which steered him toward the piano. But keyboard player Ray Manzarek, guitarist Robby Krieger, drummer John Densmore and singer Jim Morrison opened the door for Winston as a performer.

“I got the first album in early ’67, before ‘Light My Fire’ was a hit, because they had an organist. I was a real fan of organists, so I would just get any record that had an organ,” he recalled. “I put it on and thought, this is by far the greatest thing I’ve ever heard.”

Thirty-five years later, he released “Night Divides the Day – The Music of the Doors,” and he is working on another album of piano interpretations of the band’s repertoire.

“I have tried all the Doors songs. They don’t all work as solo piano pieces,” he said. “It has to be a piano piece, not a transcription of a band tune or a vocal tune. And if I can’t make it do that, well, the journey was good, but, nope. Not going to play it.”

As for “I-Feel-Like-I’m-Fixin’-to-Die Rag,” Winston sandwiches the lyrically anti-Vietnam War song between two others, wrapping up with an original he calls “Stop The Bleeding.” Leading off the proceedings is a tune that trombonist Edwin “Kid” Ory wrote back in 1921.

“There was a big ragtime and traditional jazz scene in the Bay Area, especially San Francisco, all the way to about the mid-’70s,” Winston said about McDonald’s musical stomping grounds. “So he most likely heard Turk Murphy’s band doing ‘Muskrat Ramble’ and put that that song together in ’65. It definitely came out of ‘Muskrat Ramble,’ especially the chorus.”

For the record, his reference is to Melvin Edward Murphy, another trombone player. And as far as the resemblance between the two songs, Kid’s daughter Babette Ory ended up suing Country Joe on behalf of her late father, unsuccessfully.

Winston, of course, gives proper credit to all the composers whose songs he records, and he also has a long list of original pieces he performs.

As supervisor of the creative arts program for Wesley, which provides behavioral health care and therapeutic support services for children and adults, Harrill bought a book of Winston’s compositions so that she could play them for clients. But she found errors. So she contacted Winston’s publisher and got them corrected.

That started a long-term relationship with Harrill proofreading Winston’s published material, and the pianist has been able to return the favor, including a visit to Bethel Park in 2017 for a Wesley music workshop.

While his 2019 album does include a piece that was composed in the ’80s, that represents something of an anomaly in Winston’s catalog of covers, which features a majority of songs preceding a certain date:

“When Jim Morrison died, I said, the radio’s gone forever. No Doors, no radio. And so I know nothing after July 3, 1971, as far as anything popular went.”