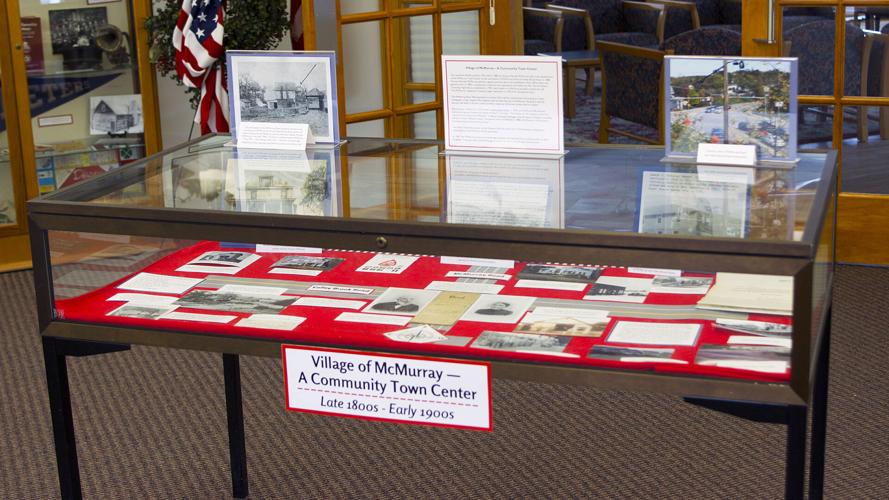 A “Village of McMurray” display is on Peters Township Public Library’s second floor. 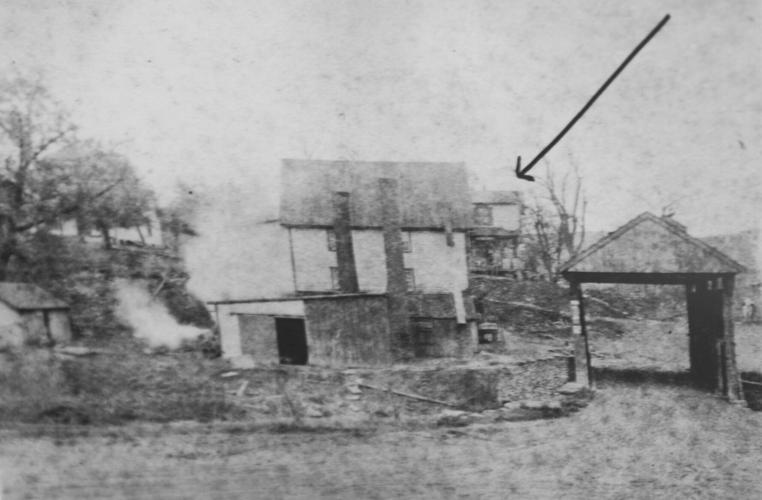 This photograph of the McMurray Estate property, located at the intersection of East McMurray and Valley Brook roads, shows the home of James Harvey McMurray in the early 1900s. The home is visible between the McMurray Flour Mill, the building in front, and the covered bridge. Valley Brook Road separates the McMurray home and the flour mill. 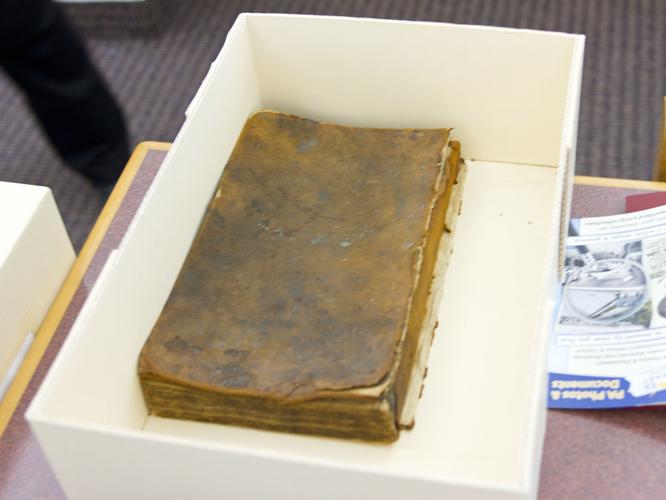 A “Village of McMurray” display is on Peters Township Public Library’s second floor.

This photograph of the McMurray Estate property, located at the intersection of East McMurray and Valley Brook roads, shows the home of James Harvey McMurray in the early 1900s. The home is visible between the McMurray Flour Mill, the building in front, and the covered bridge. Valley Brook Road separates the McMurray home and the flour mill.

Until the mid-1990s, traffic at the Peters Township East McMurray and Valley Brook roads was controlled by a four-way stop sign.

A quarter of a century later, a set of traffic signals barely is adequate to keep up with the nearly constant flow of vehicles, estimated at more than 26,000 daily.

For a look at how the surrounding area evolved from farmland into the effective center of the community, Peters Township Public Library is presenting “Stories from the Archives: The Early Years of the Village of McMurray.” The virtual program is scheduled for 7 p.m. Jan. 27 via Zoom, led by library staff members Margaret Deitzer and Carrie Weaver.

Integral to this particular story are Hervey McMurray, a 19th-century farmer who built and operated a successful flour mill, and his son James, who managed the family grocery store, served as the local postmaster and, in 1902, became president of the township’s first telephone service.

Two of their descendants, Tom McMurray and Jean McMurray Hutchison, plan to participate in the library program, and others with memories of the area can join the conversation.

Deitzer said some of the aspects of the McMurrays’ impact on the part of the township that bears their name.

“Probably one of the biggest reasons it became a prominent village is because they came from a distance,” she said about visitors to the McMurray mill. “Well, at that time, a distance was Mt. Lebanon. And they came out here because this was one of the few places in Western Pennsylvania where you could have your grain ground into flour while you waited.”

“And that was so big, because farmers could bring their milk in here and produce butter, cheese and all kinds of dairy products,” Deitzer said. “Then the co-op got them to Pittsburgh. They didn’t have to do it individually.”

The Village of McMurray program is part of an ongoing library effort to preserve local history and present facets of it to interested members of the community. A presentation in June about the erstwhile Peters Township Farm Fair drew plenty of participation, and other topics are planned for future “Stories from the Archives.”

“We did a survey about what people were interested in, what kinds of topics for adult programs, and local history came up as one of the top responses,” library director Lacey Love said, “which wasn’t very much of a surprise.”

Regarding historical preservation, the library has been awarded $3,450 grant by the Pennsylvania Historical and Museum Commission, with matching money from the Peters Township Library Foundation, to create a digitization station to scan bound materials that are oversized or fragile.

An example is the “Township Book For Peters Township, Washington County, Pennsylvania, 1806-1860s.” The aged bound volume, discovered in the library’s basement, contains details about the township’s operations during the first half of the 19th century.

Other fragile materials include diaries kept in the 1880s and ’90s by Peters residents Chatham Glenn Matthews and Rachel Bell.

“They both talk about what it was like living in this township,” Deitzer said. For instance, “Their entertainment was either churches in the township or fairs, and then later on, taking the streetcar into Pittsburgh.”

She and archivist Carolyn Friedrich are working on a project to make those and other materials available to the public through PA Photos and Documents, a statewide digitization service that enables the storage and retrieval of collections created by libraries and other organizations.

“Since I started working here, I can tell how important local history is to the Peters Township community and to a lot of people who work here at the library, specifically,” Love said. “So I’ve been really happy to support this project, and support Margaret and Carolyn in whatever way I can.”

To help support archiving and preservation activities, the library is selling copies of “Peters Township Heritage: A Brief History of Peters Township, Washington County, Pennsylvania.” The book, written by Barbara Turner Williams with illustrations by Carol Sue Duckstein, originally was published in 1976 and commissioned by the Peters Township Bicentennial and Charter Committee.

Also, a pack of greeting cards featuring historical images is available for $10.

To register for “Stories from the Archives: The Early Years of the Village of McMurray,” visit ptlib.org/village. PA Photos and Documents’ website is powerlibrary.org/librarians/pa-photos-and-documents.