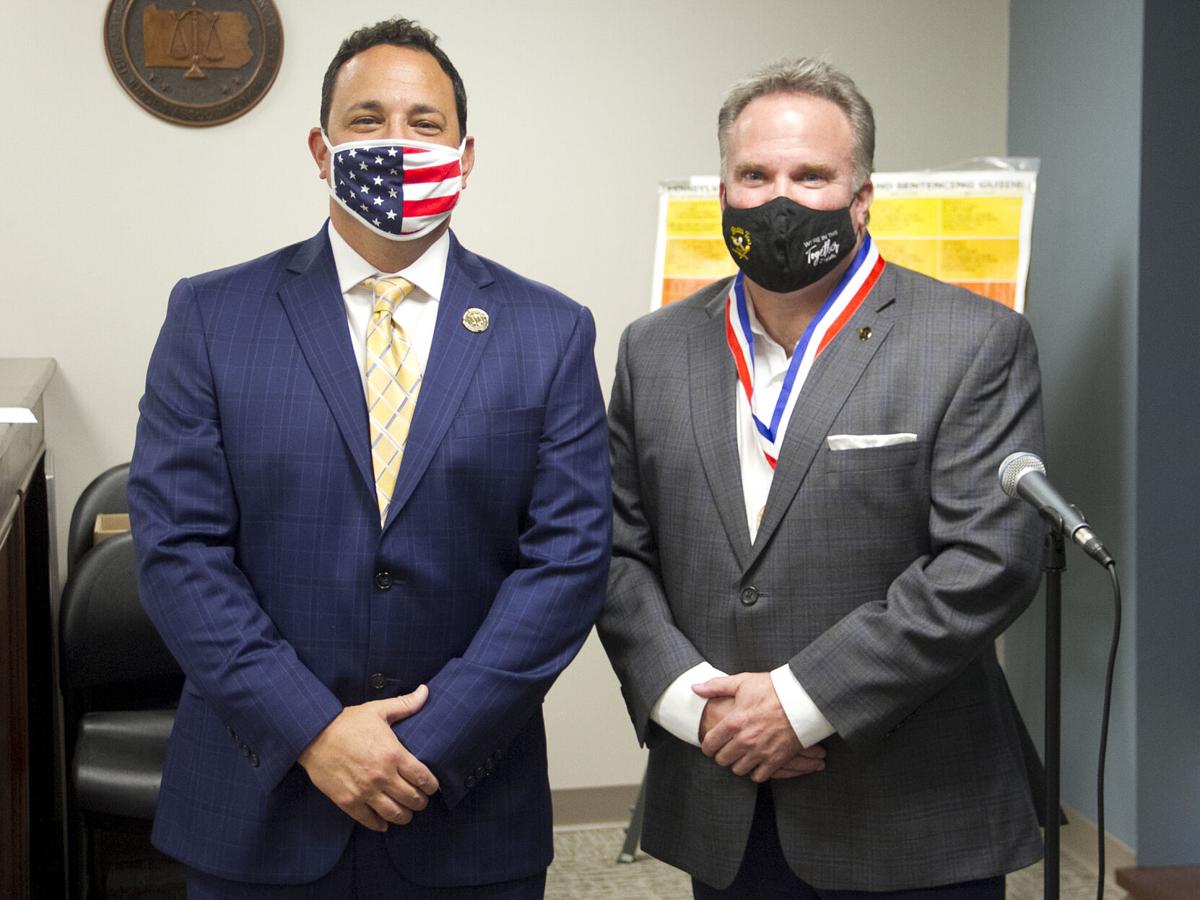 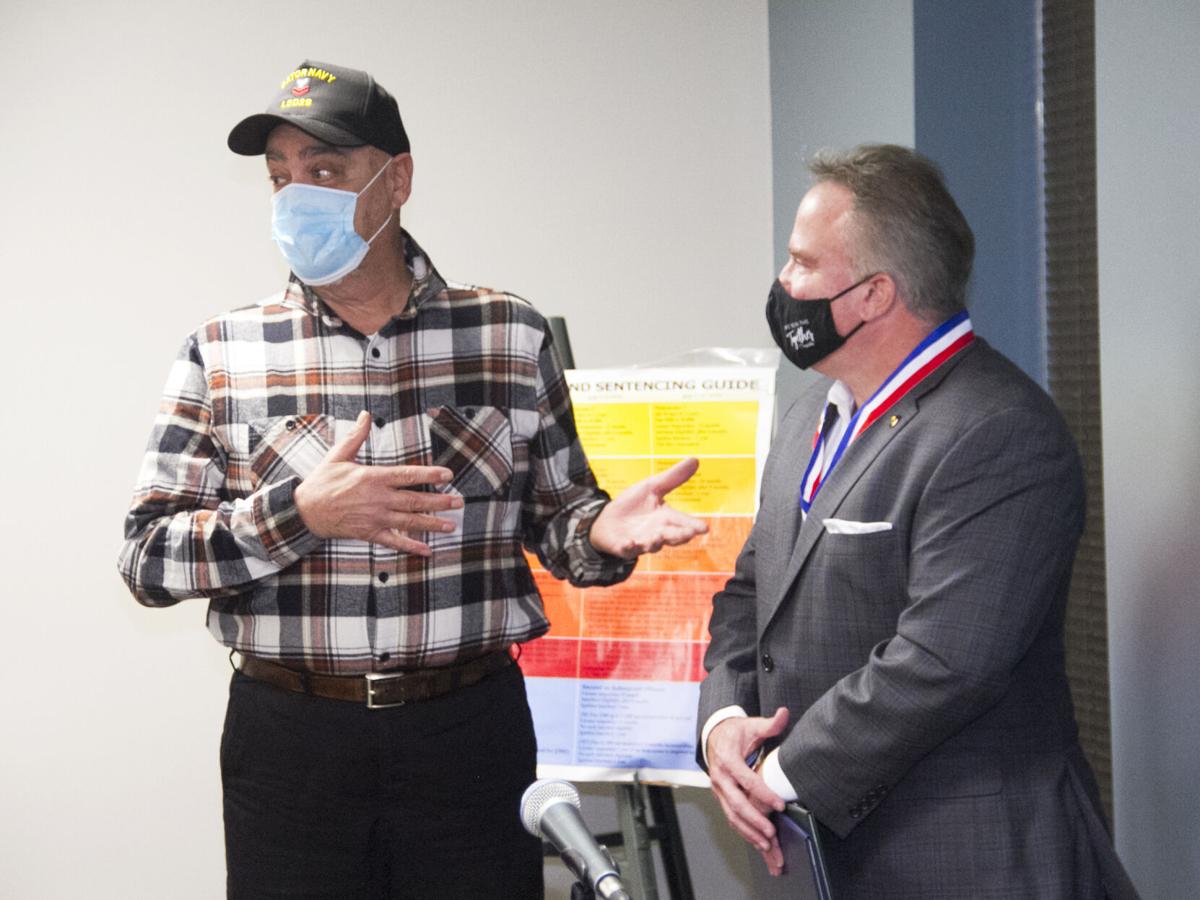 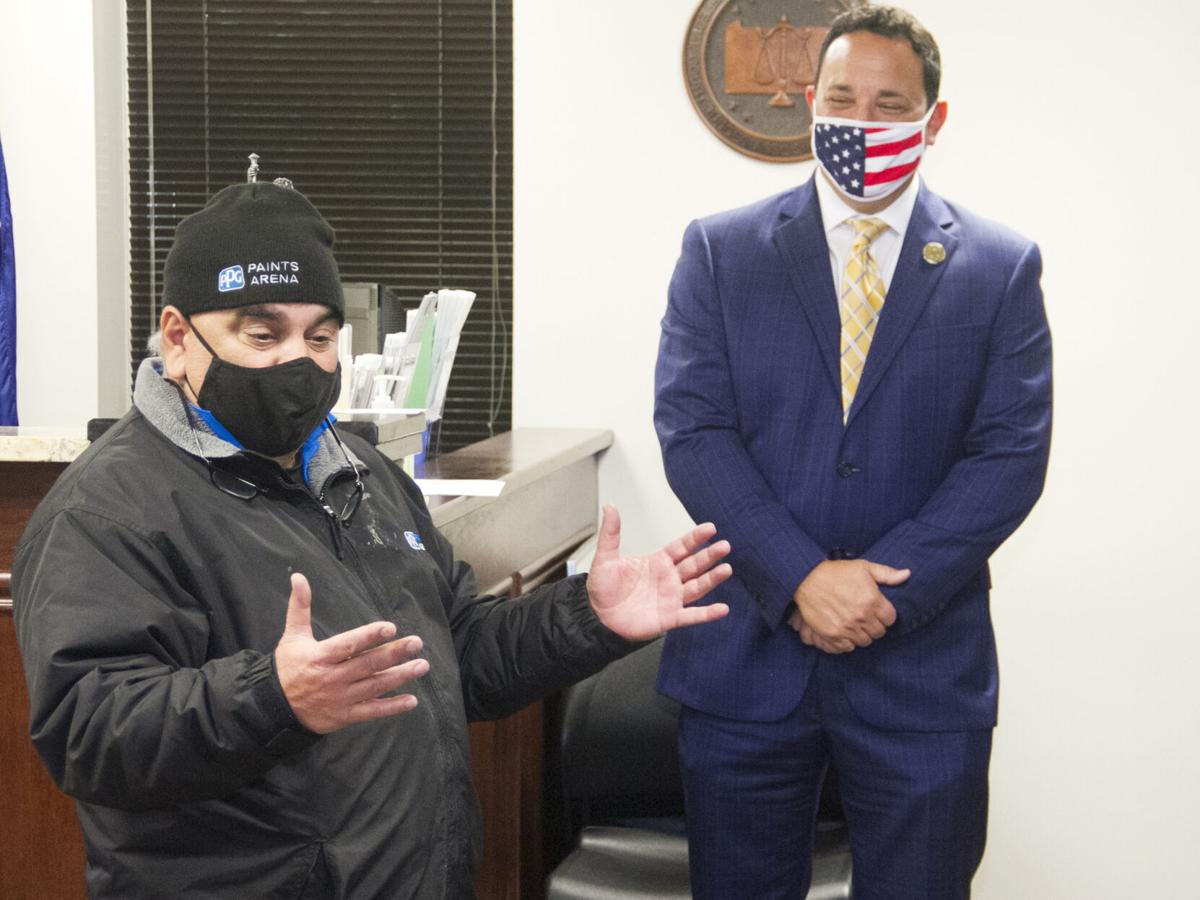 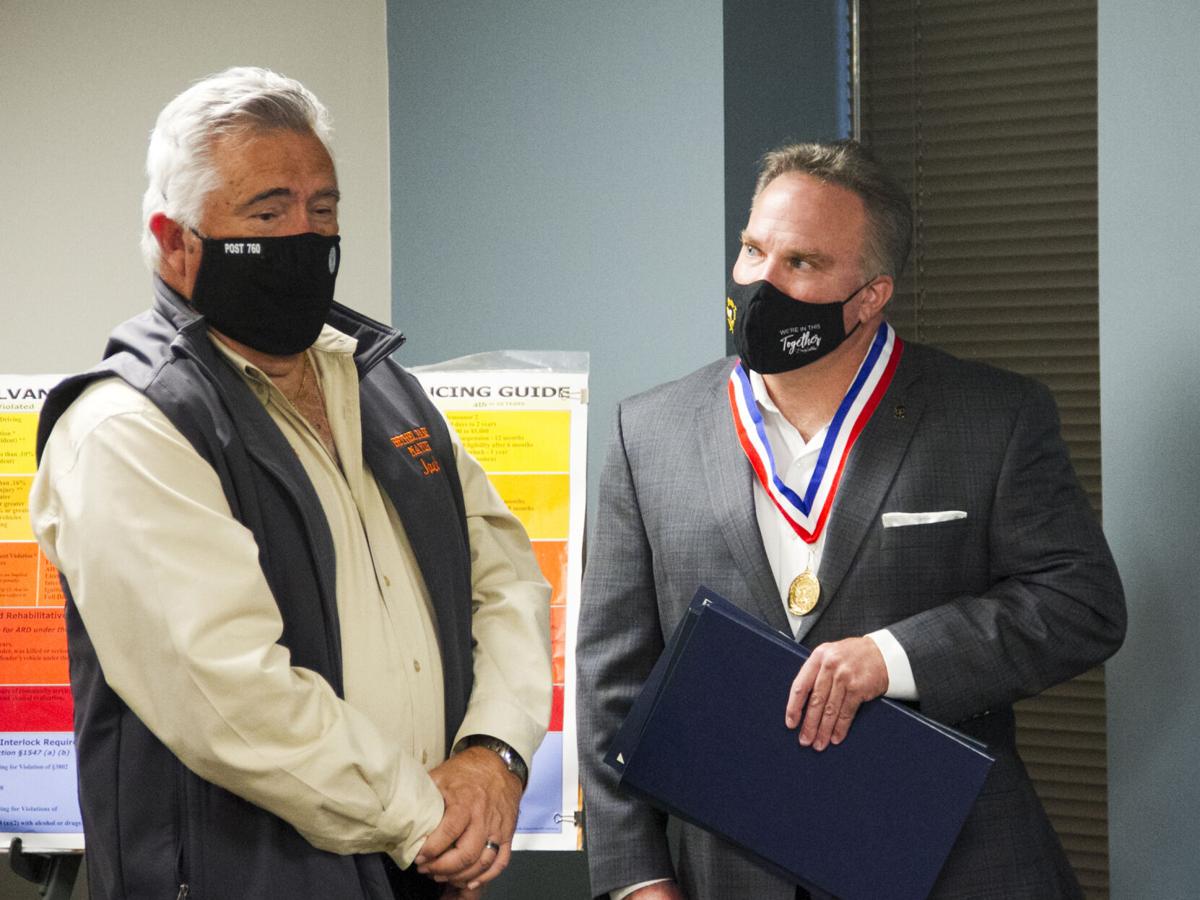 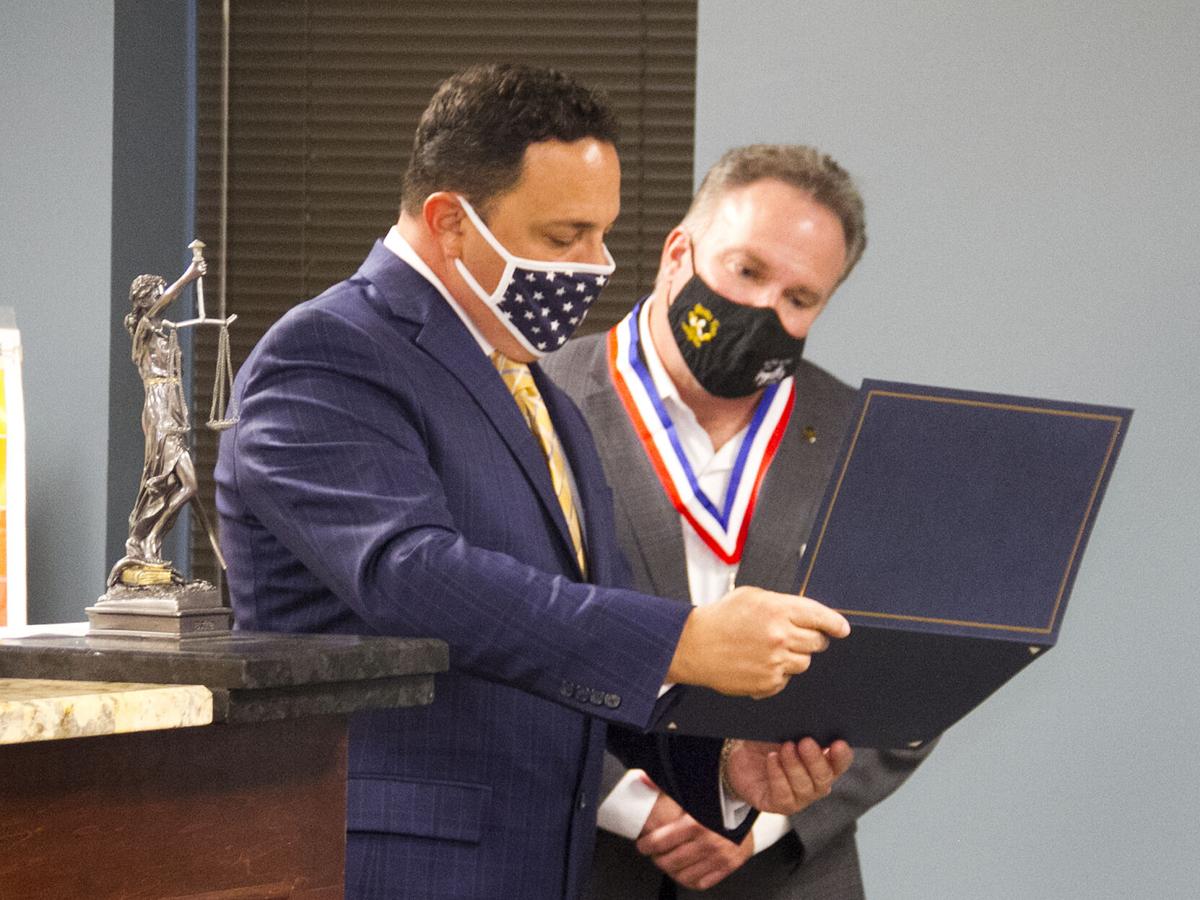 District Judge Ronald Arnoni. left, reads a one of the citations presented to Jim Gastgeb.

“Jimmy was coaching one team, and I was coaching another team. And I’m looking at what’s going on with the other team and I said, ‘Donna, we’ve got to get this guy,’” Scarillo recalled about his first impression of his opponent.

Gastgeb went on to serve as a cornerstone of junior football for the next decade and a half.

“The youth of Bethel Park, the football program was lifted because of your influence and your savvy,” Scarillo told Gastgeb.

“And I just want to thank you for knowing you.”

The pair were present for District Judge Ronald Arnoni’s recognition of Gastgeb as one of two 2020 Outstanding Citizens of the Year for Bethel Park. During a series of ceremonies Nov. 19, Arnoni also honored Bethel Park resident Cyd West, along with Vicki McKenna of Upper St. Clair.

Arnoni spoke about Gastgeb’s long-standing commitment to football and other recreational programs in Bethel Park.

“He’s done such a great job to mentor and help so many kids and families,” the judge said. “These programs are really the backbone of what brings about discipline through teamwork and effort. And Jimmy, you’re such a big part of that.”

Gastgeb has served as president of the Bethel Park Recreation board since 2006. Two years later, he founded the Rev ’Em Up for Kids Mega Car Cruise, which has gone on to raise more than $500,000 toward ensuring local residents can continue to enjoy optimal recreational services.

He also has headed the Bethel Park Field Coalition for 15 years, successfully navigating the coordination of field assignments among a variety of organizations. On top of all that, he serves on the board of trustees for the Bethel Park Community Foundation, a nonprofit focusing on local philanthropy.

“One of the things that I was taught a long, long time ago, as I was growing up, was to always do more,” he said, acknowledging his parents, Bethel Park residents Arthur and Annette. “Don’t just do what’s expected of you, but always strive to do more.”

He also acknowledged all the help he has received in accomplishing goals on behalf of the community.

“It can’t be done without the volunteers,” he said, “and we’ve had so many of them over the years, endless hours and just everything you can imagine from a sacrifice perspective.”

A 1987 graduate of Bethel Park High School, Gastgeb is a 2019 inductee to the Bethel Park Great Alumni Hall of Fame. He is a graduate of Ohio University with a degree in business management, and works as vice president of retail operations for Pasta Too, overseeing sales and marketing for the restaurant and its products.

Pasto Too owner Ray Piacquadio joined others at the ceremony in describing the honoree as selfless.

“He is out there fighting for all these good causes,” Piacquadio said. “That’s Jim Gastgeb.”