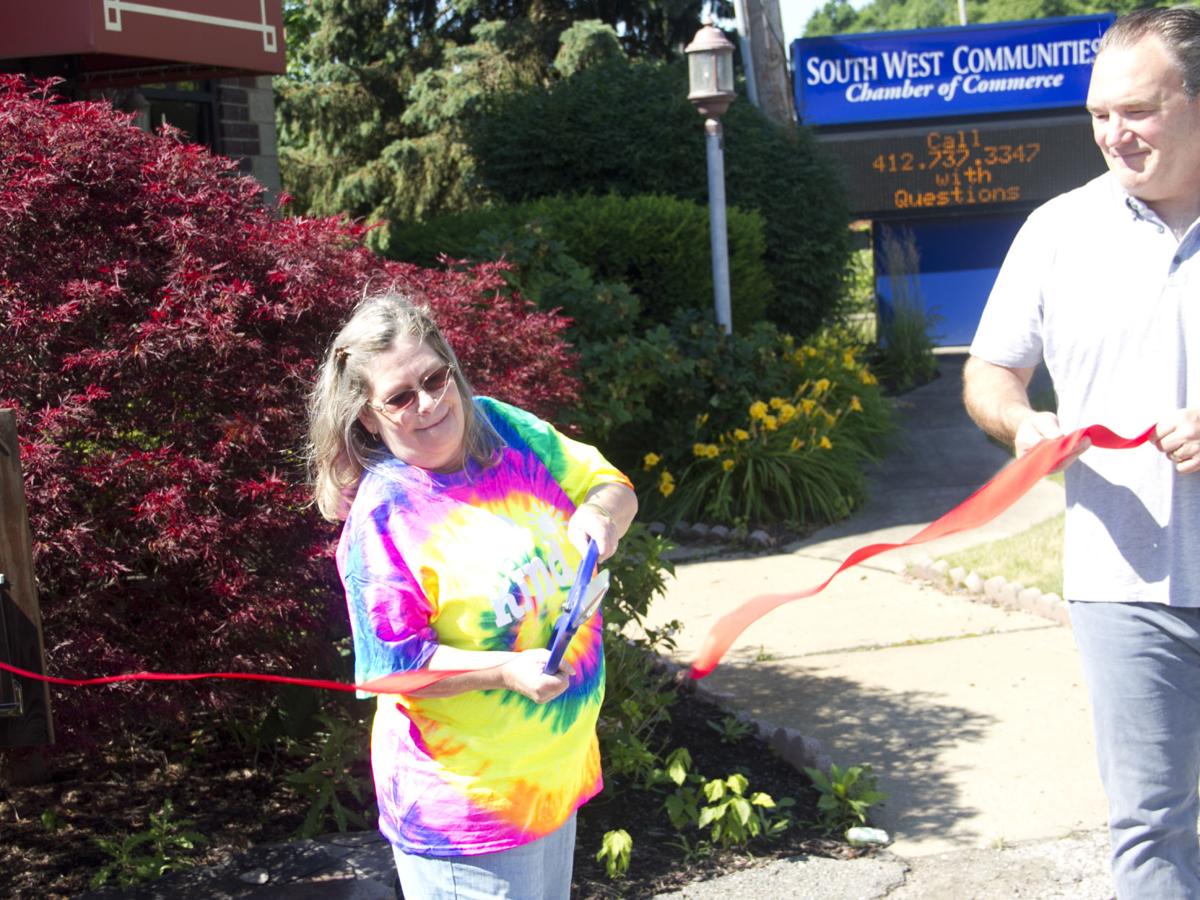 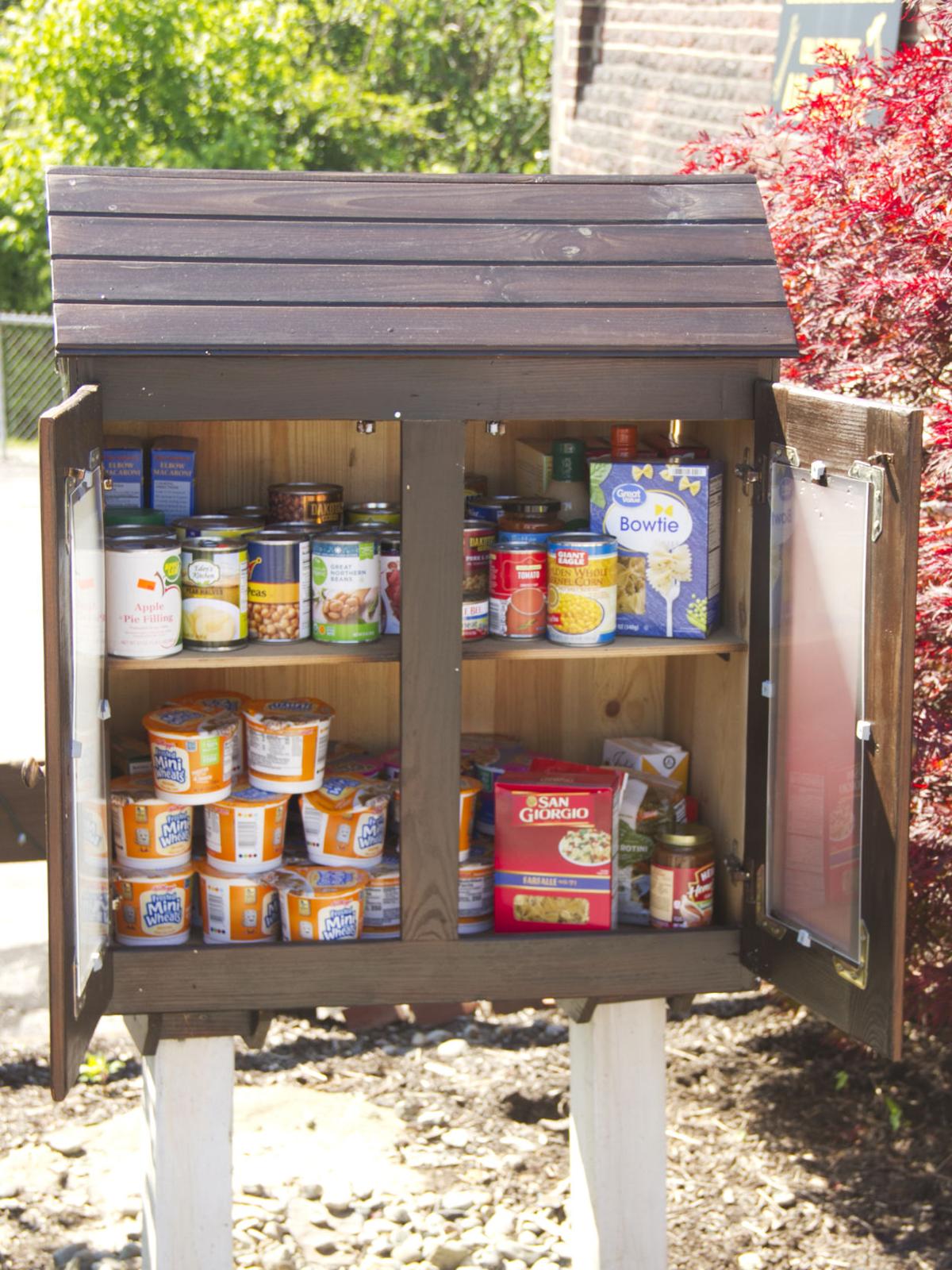 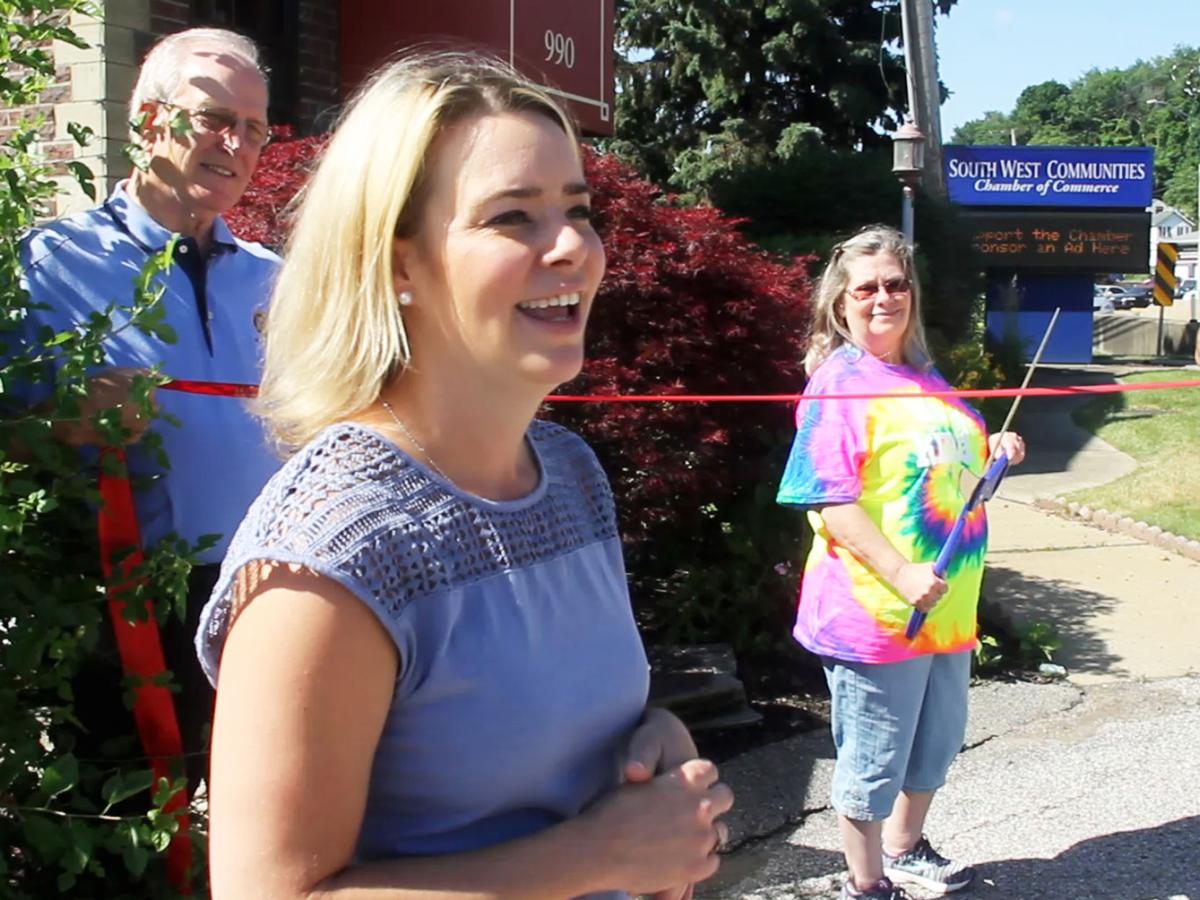 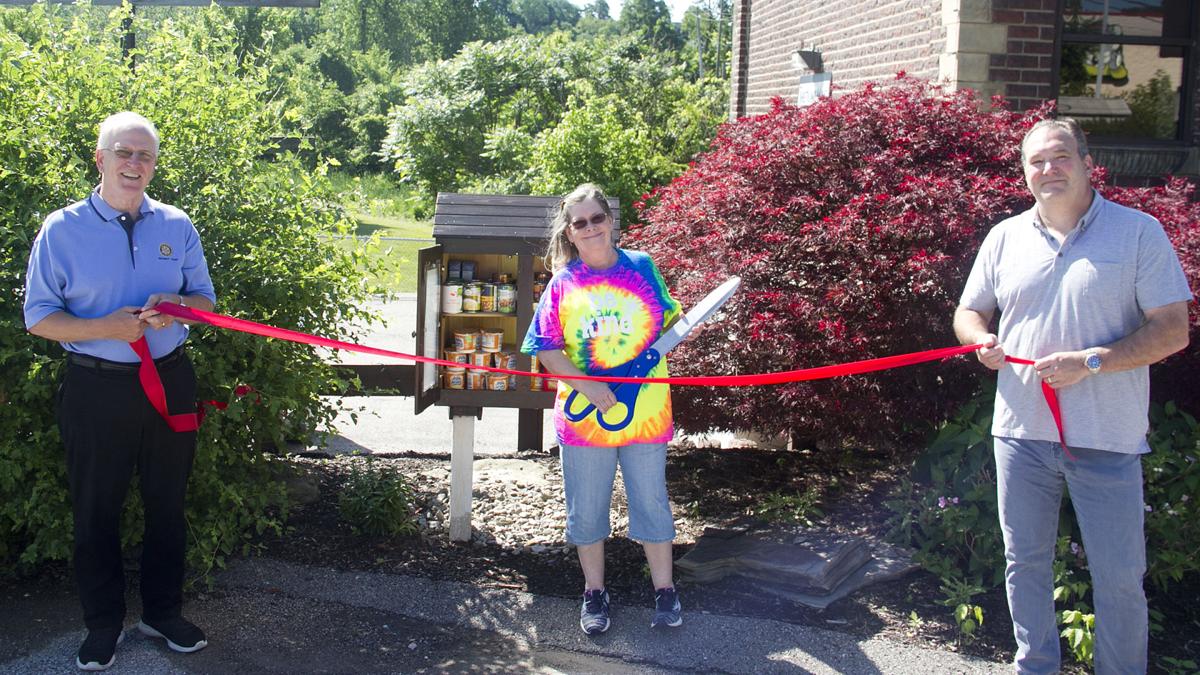 Getting ready to cut the ribbon for the Little Free Pantry are, from left, Mark Brillmeyer, Debbie DePalma and Glenn Wells.

The Little Free Pantry is back in business.

Three supporters who helped in the return of the help-yourself sharing initiative cut the ribbon Wednesday for the new pantry, located outside of the South West Communities Chamber of Commerce office in Collier Township.

Glenn Wells, president of the chamber’s board of directors, and fellow member Mark Brilmyer held either end of the ribbon while Debbie DePalma, who made a generous monetary donation to the cause, did the honors with the scissors.

“The Free Little Pantry is a resource for all community members, that they can come and get food,” chamber executive director Mandi Pryor said. “You can drop off food, as well as personal care items.”

A previous pantry, resembling one of the Little Free Libraries that have been established in the region, was crafted through the efforts of Pancho Thimmons, founder and chief executive officer of Pennsylvania Youth Initiative, a nonprofit that prepares and trains young people to enter the workforce.

Unfortunately, the initial structure was leveled last year by a strong storm.

“We’ve been working for close to six months to get a new pantry put in place,” Pryor said, including its construction and placement. Brilmyer, who owns a home improvement and repair business in Bridgeville, helped considerably with that aspect.

Wells, meanwhile, has been collecting food for the past two months at his business, Single Source Benefits Inc., located at 1220 Mayview Road in Upper St. Clair.

Along with the three folks who cut the ribbon, Pryor also thanked donor Linda Lee Zeigler and the women of the Holy Child Columbiettes, a service organization at Holy Child Roman Catholic Parish in Bridgeville.

Food for the pantry can be dropped off starting in July at the chamber office, 990 Washington Pike, during regular business hours, 8 to 11 a.m. Monday through Thursday. Donations also are accepted at Single Source Benefits.

Sponsorships also are available to help keep the Little Food Pantry full of supplies. And when the shelves become overstocked, the additional items will be given to the City Mission in Washington.

“We just want all of our community members to know that we’re here to help in any way we can,” Pryor said.