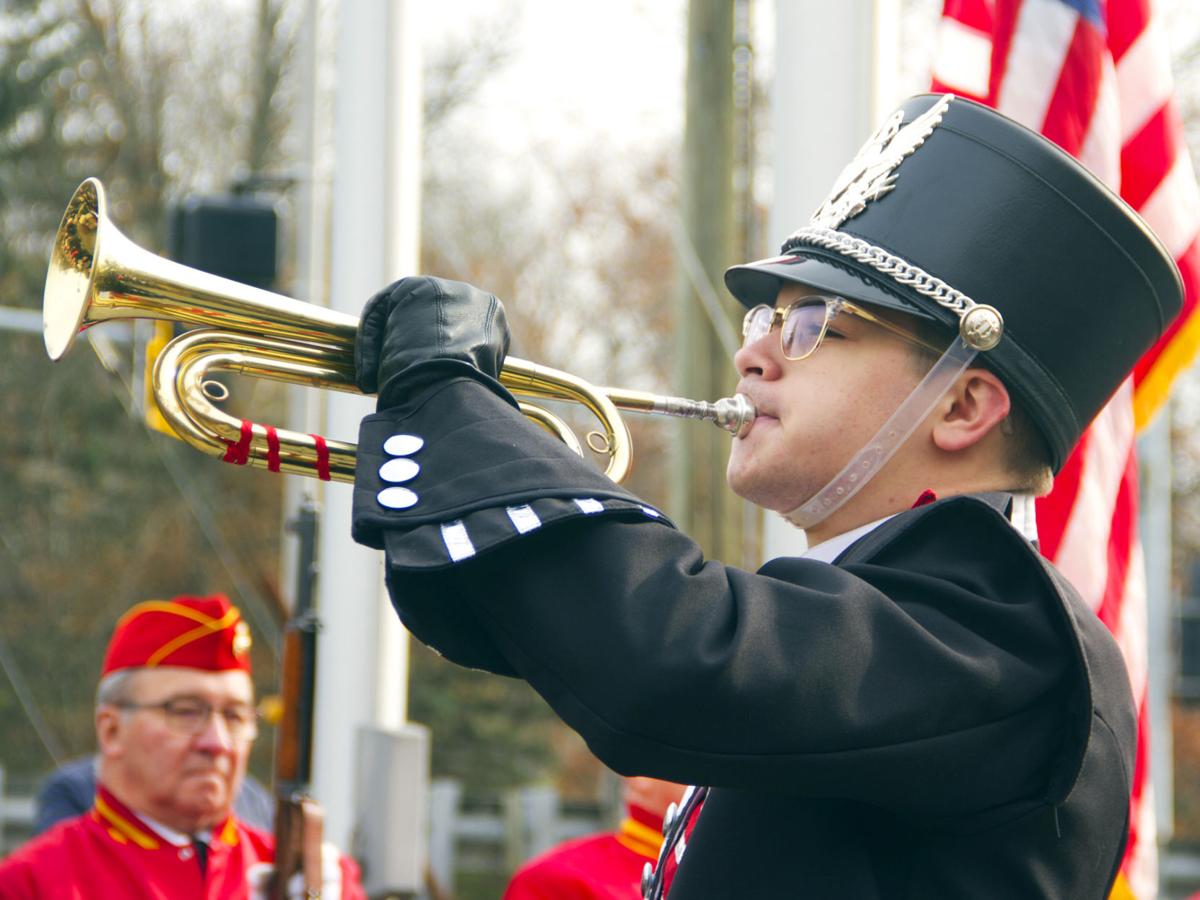 Matt Hornak plays “Taps” to wrap up the Upper St. Clair ceremony in 2018. 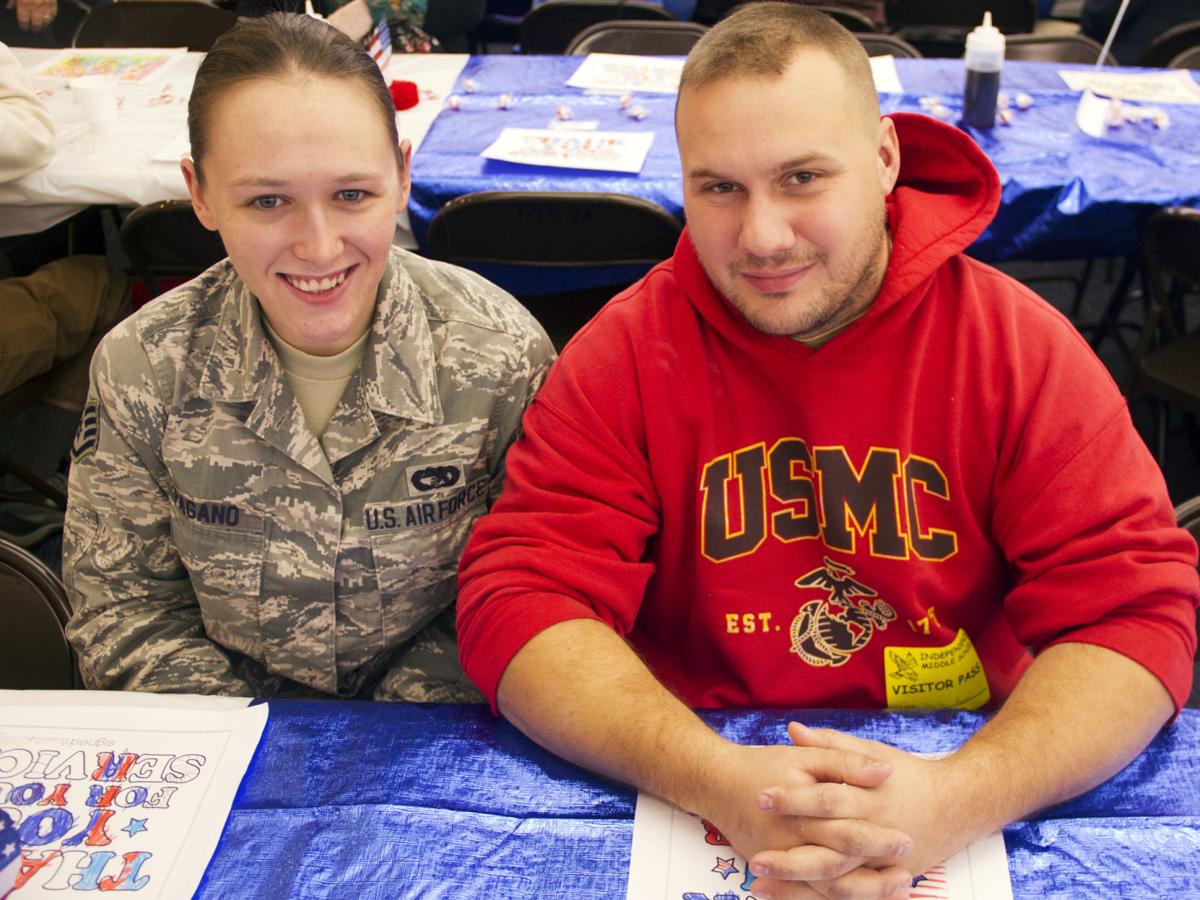 A Veterans Day observance to honor veterans of all branches of the U.S. Armed Forces is planned for 9:30 a.m. Nov. 11 at the Upper St. Clair Veterans Park, 1820 McLaughlin Run Road.

His notable missions include conducting joint raids with the U.S. and Spanish Special Forces on known terrorist compounds, securing key terrain in Baghdad and critical infrastructure around Iraq, and numerous operations against Muqtada Al Sadr and the Mahdi Army.

In addition, he played a leadership role in helping to frame, coordinate and provide security for the first democratic elections in Iraq’s history. He also is the photographer behind the now-famous picture of the Marines forming “9-11 We Remember in Iraq.”

Also during the observance, author and U.S. Marine Capt. Samuel Hazo will read his poem “At the Site of the Memorial.”

Hazo, founder and director of the International Poetry Forum in Pittsburgh, has authored numerous books of poetry, fiction, essays and plays. He is also McAnulty Distinguished Professor of English Emeritus at Duquesne University, where he taught for 43 years.

A National Book Award finalist, he was named Pennsylvania’s first Poet Laureate by Gov. Robert Casey in 1993 and held that position until 2003.

The event, which is open to all veterans and residents of all communities, is hosted by the Upper St. Clair Veterans Park Committee, the township and Upper St. Clair School District.

Other local Veterans Day-related events include:

In addition to breakfast, each participant will be recognized by Mihalek, a U.S. Navy veteran, and the guest speaker, Army veteran and former state Sen. John Pippy.

The breakfast is free to attend, but those wishing to participate must register in advance by calling Mihalek’s district office at 724-942-2045. Participants are invited to bring one guest.

• Pancake and sausage breakfast for veterans, hosted by Bethel Park’s Independence Middle School Student Council and students who participate in the Bring A Smile To The Service Group from 9 to 11 a.m. Nov. 8 in the Library Commons at the school, 2807 Bethel Church Road.

The event is for all veterans and active service members to thank them for their service. Those who plan to attend can contact student council sponsor Jennifer Makel at 724-344-3977 or makel.jennifer@bphawks.org to provide their name and address so the students can extend personal invitations to them.

This will be the seventh year for the event. Last year, more than 125 veterans and active service members attended.

Hosted by the Bethel Park Chamber of Commerce and supplied by local restaurants, the lunch is free for veterans, with their guests paying $20. Register by visiting www.bpchamber.org or calling 412-595-8361.

• Mt. Lebanon’s ceremony at 5 p.m. Nov. 11 at the Veterans Memorial in Mt. Lebanon Park, off Cedar Boulevard. Featured will be music, presentation of the colors and gratitude.

Students in all grades will pay tribute to the Armed Forces in song and drama. All veterans and their families are welcome to attend. Veterans are also invited to join the students for lunch at the academy beginning at 11 a.m. Admission and lunch are free.