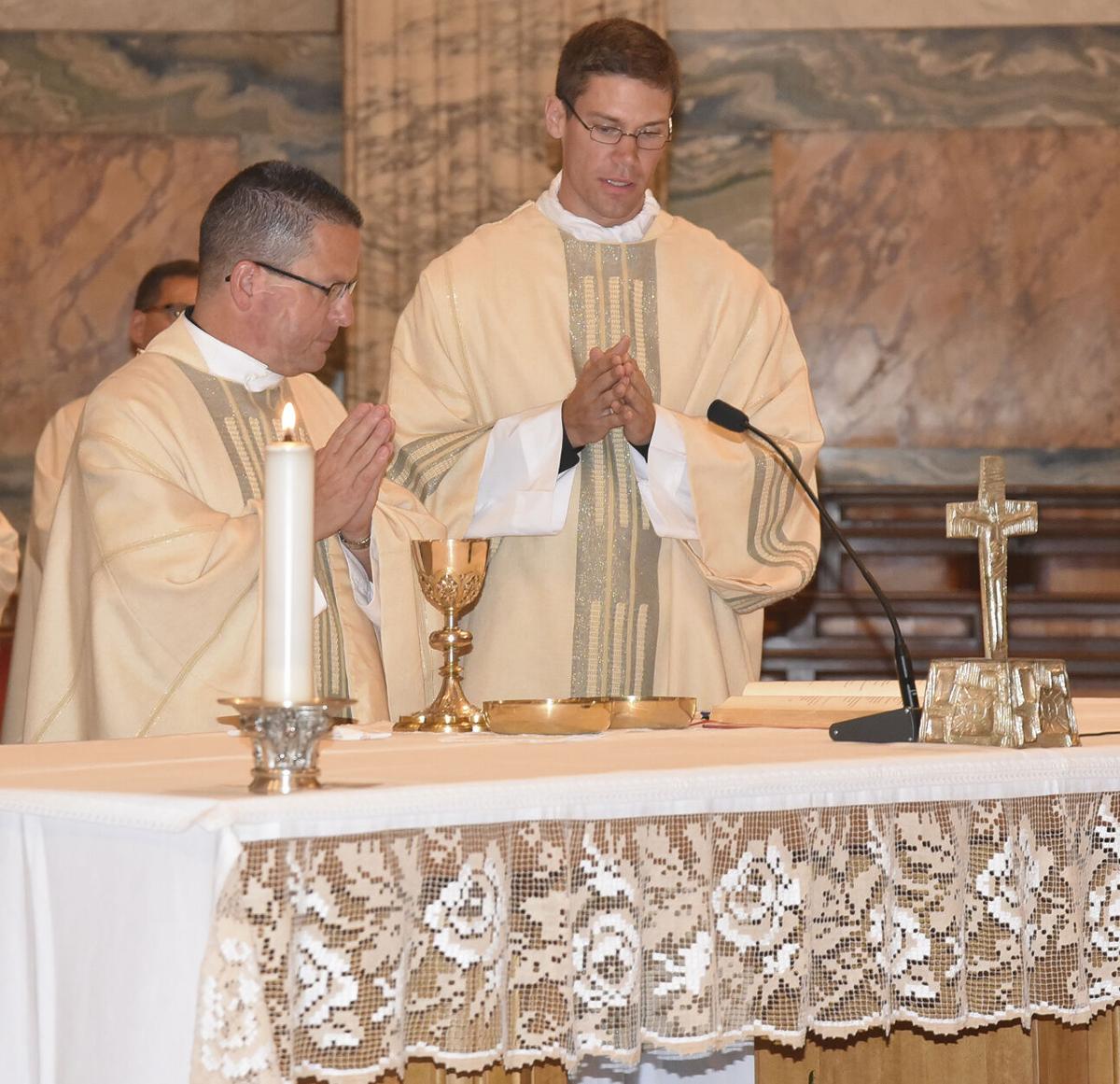 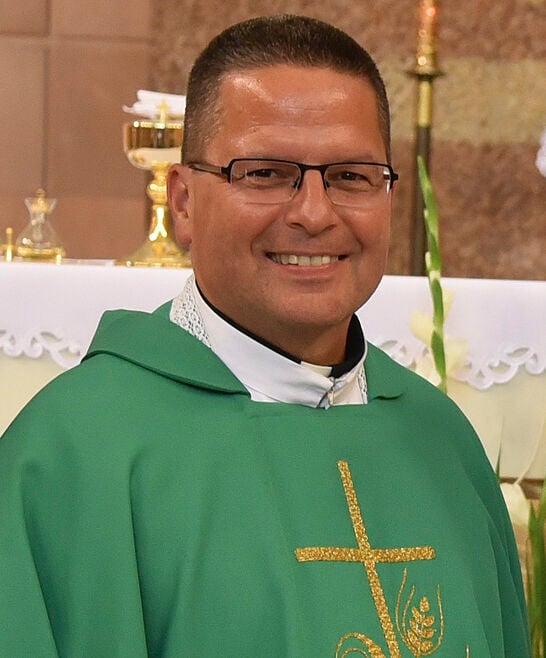 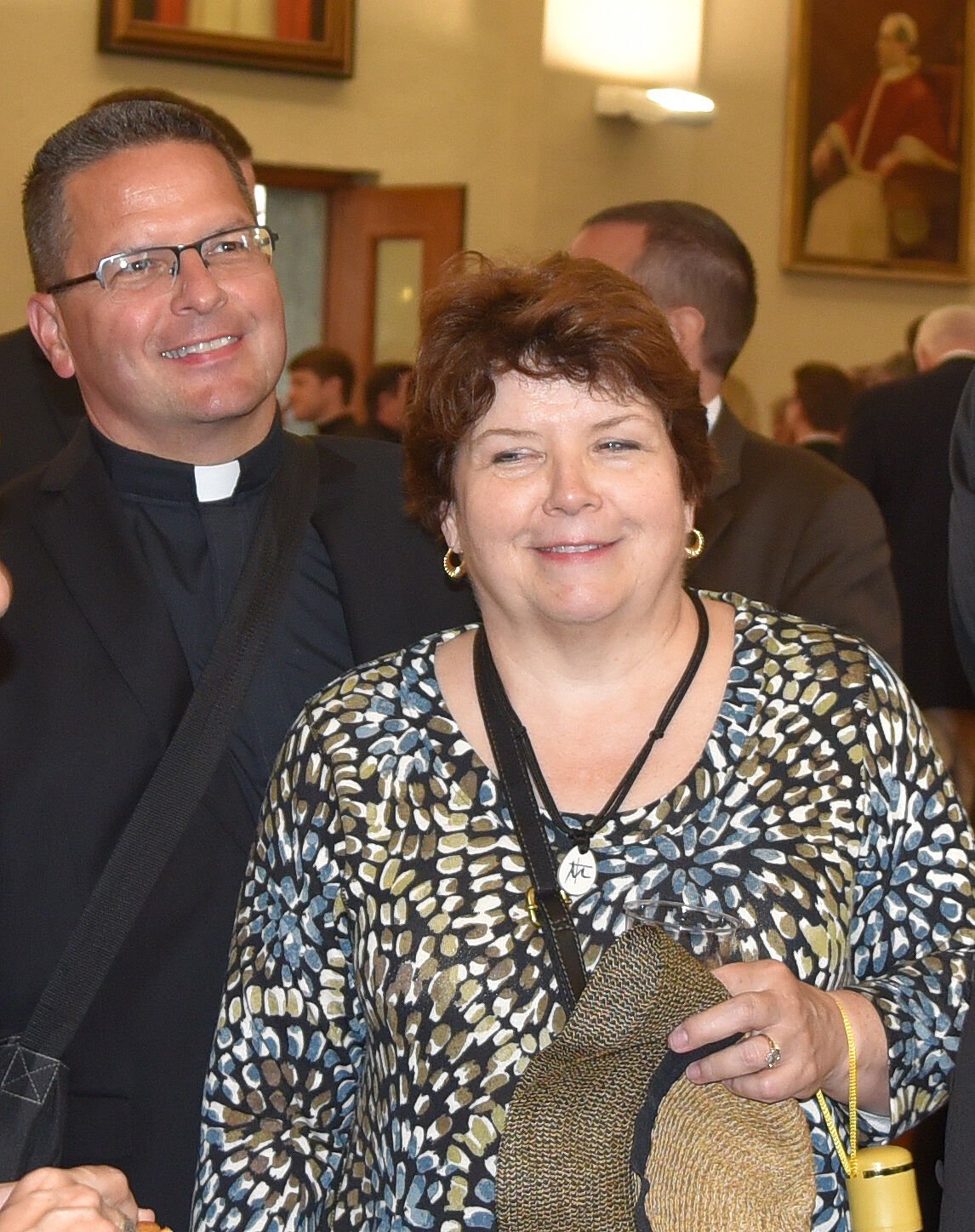 Father Bonnar with his sister, Mary Lynn, in Rome at Adam Potter’s ordination as a deacon in 2015. 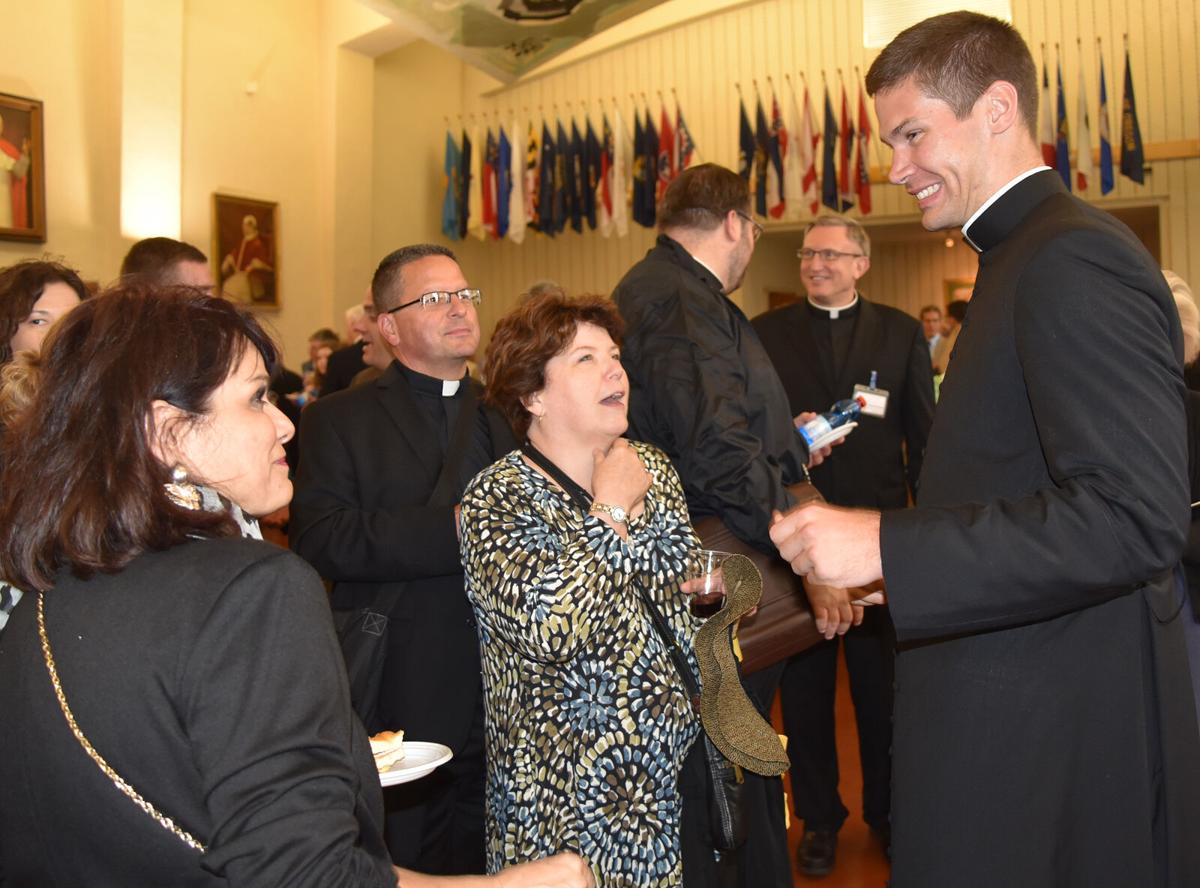 Father Bonnar, far left, shares a laugh with Adam Potter after his ordination as a deacon in Rome in 2015.

Father Bonnar with his sister, Mary Lynn, in Rome at Adam Potter’s ordination as a deacon in 2015.

Father Bonnar, far left, shares a laugh with Adam Potter after his ordination as a deacon in Rome in 2015.

Father David Bonnar has never been at a loss for words.

That is until the homilist and a magazine editor learned Pope Francis had appointed him Bishop of the Diocese of Youngstown.

“When I received the call from Washington, D.C., I was speechless,” said Bonnar, who added there was “a deafening silence” on his end of the phone before he uttered “wow” followed by more such expressions of astonishment.

“After I paused, and with tears in my eyes and joy in my heart, I said by the Grace of God and with total humility, I accept this appointment,” he continued. “I want to convey my extreme gratitude to his Holiness, Pope Francis, for his trust and confidence in me. I pledge to him that I will work hard every day to know, love and serve the flock he entrusted to me.”

At 2 p.m. Jan. 12, Bonnar will be installed as the sixth Bishop of the Diocese of Youngstown during the celebration of Holy Mass at Saint Columba Cathedral in Youngstown, Ohio.

The diocese, which encompasses six northeast Ohio counties and consists of nearly 200,000 Catholics, has been without a Bishop since June 5 when Bishop George V. Murry, 71, died of acute leukemia. Monsignor Robert Saffron has served as diocesan administrator in the interim.

“There is no question in my mind that Bishop-elect Bonnar is most qualified to take on his new responsibilities,” Zubik said. “The faithful of Youngstown can look forward to very strong pastoral leadership on the part of their new bishop.”

Bonnar is no stranger to the region as his first assignment was at Saint Vitus in New Castle.

“It was not uncommon to cross the border to golf, shop or dine out with friends,” Bonnar said.

Bonnar also has family ties to Ohio. His dad’s sister and husband lived in the Lake Milton area, which used to have an amusement park Bonnar frequented. His uncle also served as mayor of the town and his surviving daughter still lives in the area.

“So I am humbled and excited to become an Ohioan. One of you. With you and for you,” Bonnar said during his introduction to the community through a live streamed video on YouTube.

Bonnar is a Whitehall native. He is one of George and Mary Bernadette Bonnar’s five offspring.

He and his siblings, Mary Linn Fitzpatrick, George, Cathy Pawlowski and Harry, all attended St. Gabriel of the Sorrowful Virgin Elementary School.

During his senior year of college, Bonnar entered the formation program at Saint Paul Seminary and subsequently was sent to the North American College in Rome where he received an S.T.B. from the Pontifical Gregorian University.

He was ordained a transitional deacon April 14, 1988 in Saint Peter’s Basilica, Rome, and ordained a priest in his home parish July 23, 1988.

Bonnar cites his solid foundation for preparing him for his newest mission in helping to unite the communities in Ohio.

“Oneness is something we all learn in the first classroom, the home. It is what it means to be a family,” he said. “Our families are our first churches. My parents were the best teachers that I have ever had. They drilled this into us that this oneness always centered in Jesus, family meals proceeded by Grace, Sunday Mass, Catholic education and love of neighbor.”

Throughout his 32-year ministry, Bonnar has spread the word throughout many neighborhoods.

After his stint at Saint Vitus, Bonnar served as parochial vicar at Saint Rosalia in Greenfield, and Saint Thomas More in Bethel Park. He also served as rector of Saint Paul Seminary, director of Pre-Ordination Formation, director of vocations and director of the Permanent Diaconate, secretary of Parish and Ministerial Leadership for the Diocese of Pittsburgh, and vicar for clergy.

In addition, Bonnar was a part-time chaplain at Central Catholic High School, and was pastor of Saint Bartholomew in Penn Hills.

For 12 years, he served as chaplain of the Pittsburgh Steelers. For more than four years, he has also been editor of The Priest Magazine which is a national publication for priests published by Our Sunday Visitor.

Bonnar spent the past 11 years as pastor at Saint Bernard Church in Mt. Lebanon. After helping the congregation merge with Our Lady of Grace in Scott Township to become St. Michael the Archangel Parish, Bonnar was transferred to the newly established Saint Aidan Parish in Wexford.

“Since July, I was so blessed to be the pastor at St. Aidan and part of the exciting adventure of becoming a new pastor. We were just getting started and I had fallen in love with you,” he said. “I never thought I would be leaving so soon. But, if you want to make God laugh, tell him your plans.”

Bonnar said he hopes to “collaborate” for the good of the communities through his domain and together, he predicts a difference can be made.

“Whether Catholic or nonCatholic, believer or non, whatever your ethnic origin or race, whether employed, unemployed, underemployed. Browns fan, Steelers fan, Bengal fan or no fan,” he added with a large laugh, “I am here to be of service.

“I have always worked hard to affect unity among God’s people. The work of this unity is all the more challenging today given the world in which we live, which on many levels is fractured and splintered and divided. We need unity in our families, parishes, neighborhoods and communities. One by one we can bring people together.”