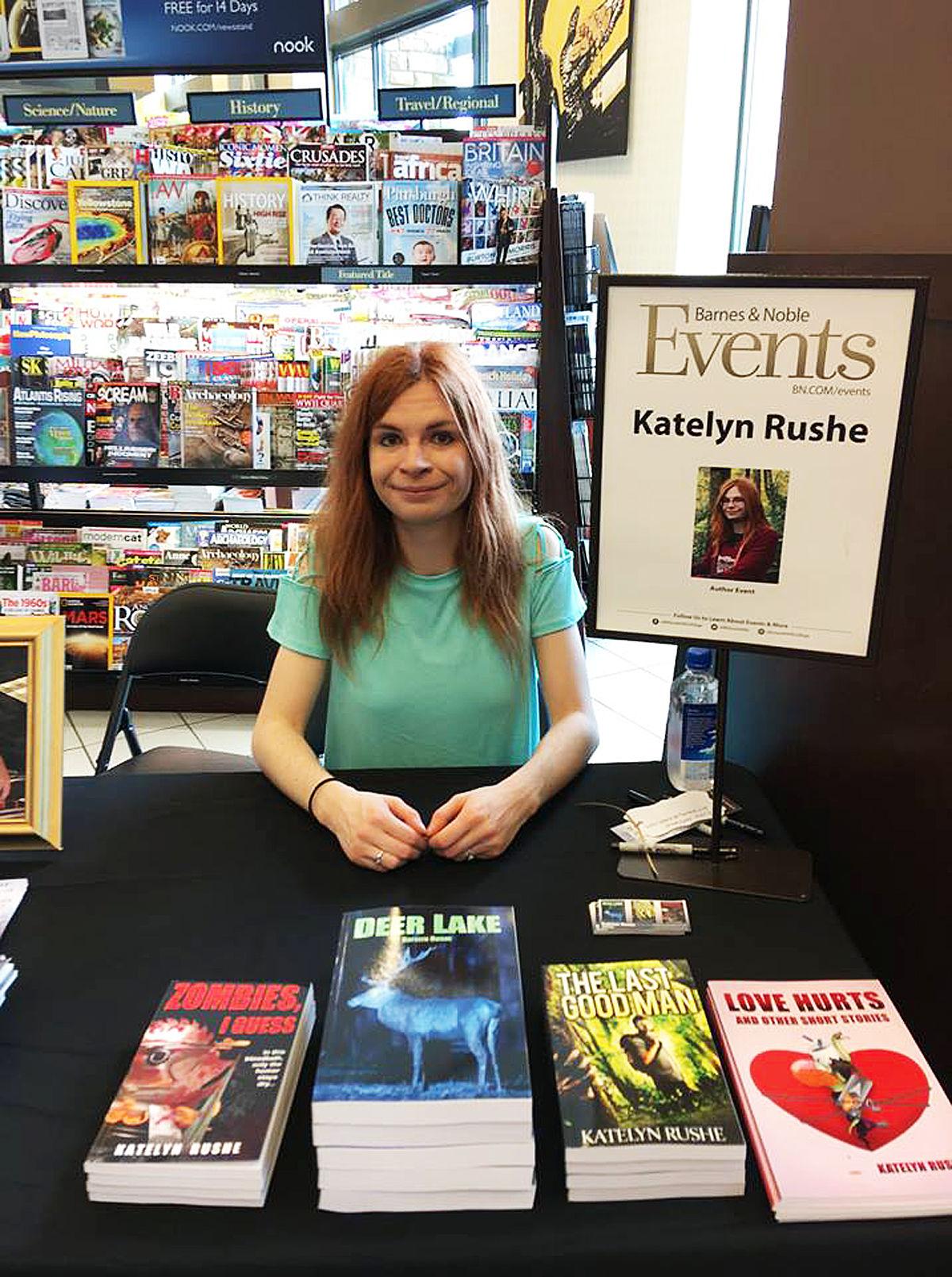 Katelyn Rushe signs copies of her books during a pre-pandemic event at Barnes & Noble in South Hills Village. 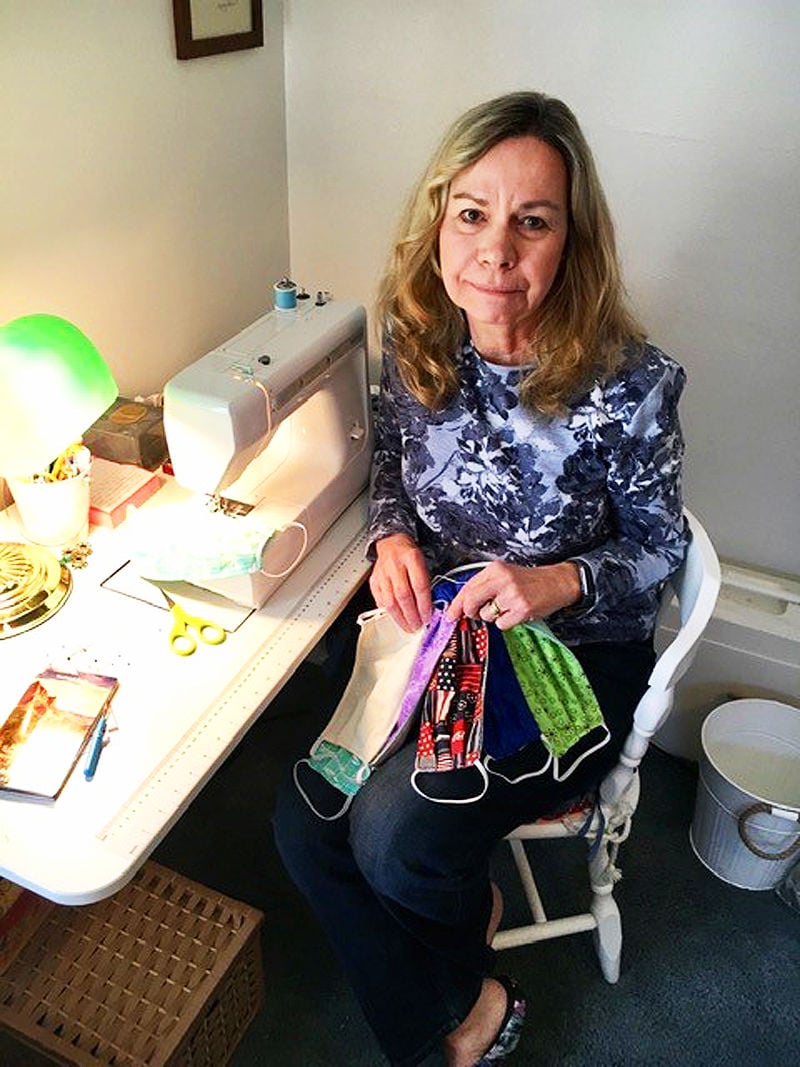 Judy Rushe displays some of her handmade masks.

Katelyn Rushe signs copies of her books during a pre-pandemic event at Barnes & Noble in South Hills Village.

Judy Rushe displays some of her handmade masks.

Well, it’s sort of that way in the Rushe family.

Bethel Park residents Judy – she’s the mom — and Katelyn Rushe share the talent and affinity for making products they like to sell at craft fairs. Katelyn also offers a little something extra for sale: copies of the 10 novels she’s written so far, with more on the way.

These days, Judy has been coming up with something extra, herself. To help people comply with safety measures related to COVID-19, she has sewn dozens of protective masks, items that remain in demand locally even though the area has moved to the “green” phase of Pennsylvania’s reopening process.

The masks feature printed fabric on the front and flannel as prime filtering material on the inside, with elastic straps to go around the ears.

“I ordered elastic on eBay, because you couldn’t find it around here anywhere, and I was supposed to have it on the 8th of April. It came in the 28th,” Judy said. “So I lost about three weeks, which I find to be kind of ironic, because it was delayed due to the virus and I was trying to make the masks to help prevent the virus.”

She quickly made up for lost time, though, and reported 170 masks produced by the end of May.

Usually, she’s busy making the likes of baby bibs embroidered with funny sayings – “Party, my crib, 3 a.m. BYOB” – along with bags for yoga mats and wine bottles, towels, pot scrubbers and other items that require a good bit of skill.

She started honing hers as a youngster who joined the Fad of the Month Club, a division of the National Handicraft Institute Inc. that provided kits from the late ’40s through 1981.

“You would get it in the mail, and it could be anything from papier mâché to a sewing project,” Judy said.

Then she met a young man named Harry Rushe and aimed her talents his way.

“When my husband and I were dating, I would make him jackets,” she said, “and my dad would always be the model and try things on so it would be a surprise.”

Their daughter inherited a knack for making knickknacks, some of her favorites being “pixel art,” plastic beads that are melted to produce a similar visual effect to early, comparatively low-tech video games.

As far as Katelyn’s pursuits as a writer, she published her first novel, “Deer Lake,” in 2007 as a 17-year-old Bethel Park High School student. She actually had started working on it about five years before and wrapped it up in time to help her graduate.

“I had to meet with the high school principal about proposing the idea for my senior project, and I guess I had told somebody that it was a book I had written,” she said. “I’m sitting in the principal’s office and he says to me, ‘I understand that you brought a sample of your writing that you want to show to me.’ And I just thumped this 400-page paperback printed novel right on his desk. So I guess he had no objections.”

Katelyn went on to earn a bachelor’s degree in media arts, with a concentration in film and TV production, from Robert Morris University. Since then, she has worked on several related projects, including the TV series “Beginnings,” on which she served as a first assistant director and worked on film editing and cinematography. The show, which is available on Prime Video, was launched in 2015 with the plot synopsis:

“A new civilization stands as a beacon of light in a dark post-apocalypse world destroyed by plague.”

Given the subject matter as it kind of applies to 2020, Katelyn quipped:

“I’ll have to ask the producer and see if our numbers have gone up on that recently.”