You are the owner of this article.
Edit Article Add New Article
You have permission to edit this article.
Edit
Welcome, Guest
News
Sports
Life & Culture
Events Calendar
Lottery Results
Fish Fry Map
Weather
Sponsored Content
Classifieds
e-Edition
South Hills Living
Get Our Newsletter
Get the Almanac
Advertise With Us
Submit Content to The Almanac
Contact Us
About Us
1 of 15 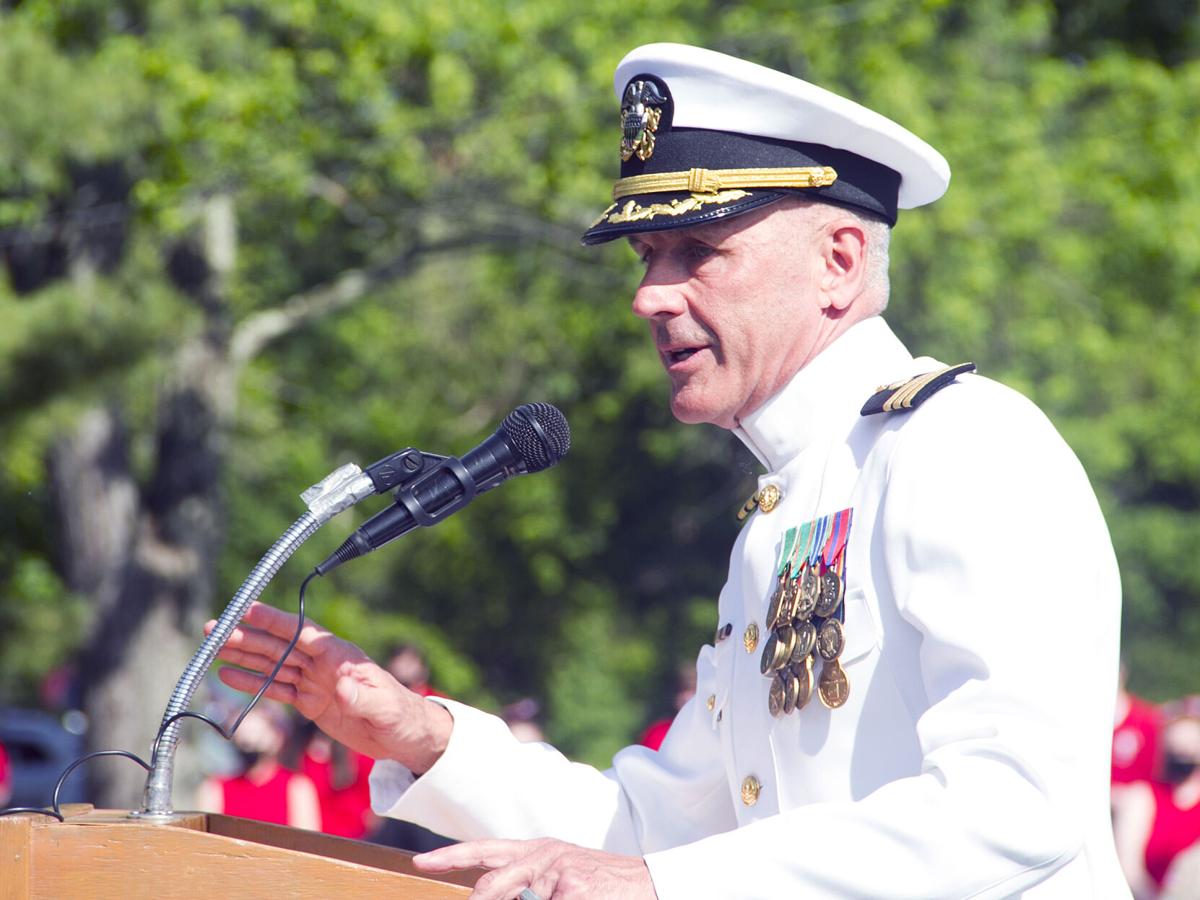 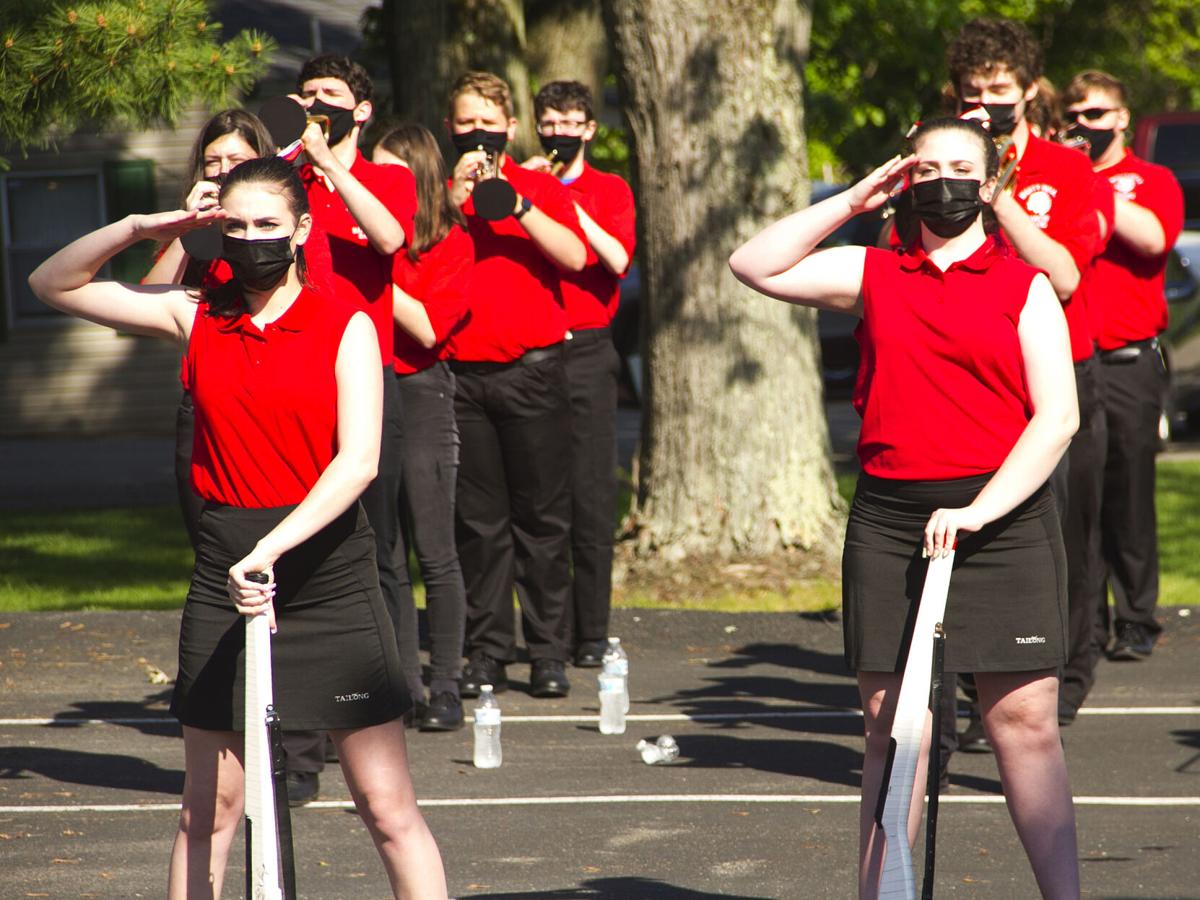 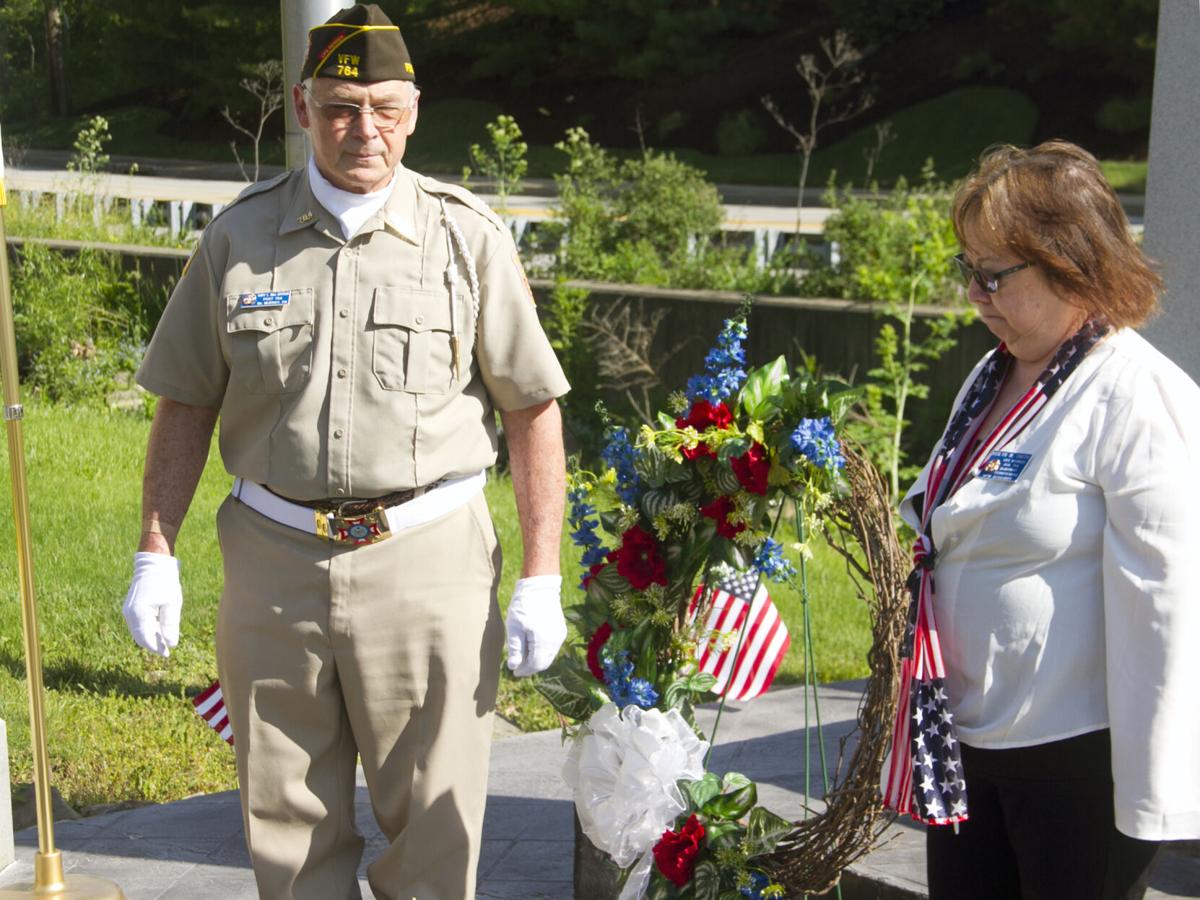 Gary MacArthur and Robyn Smith place a memorial wreath during the observance. 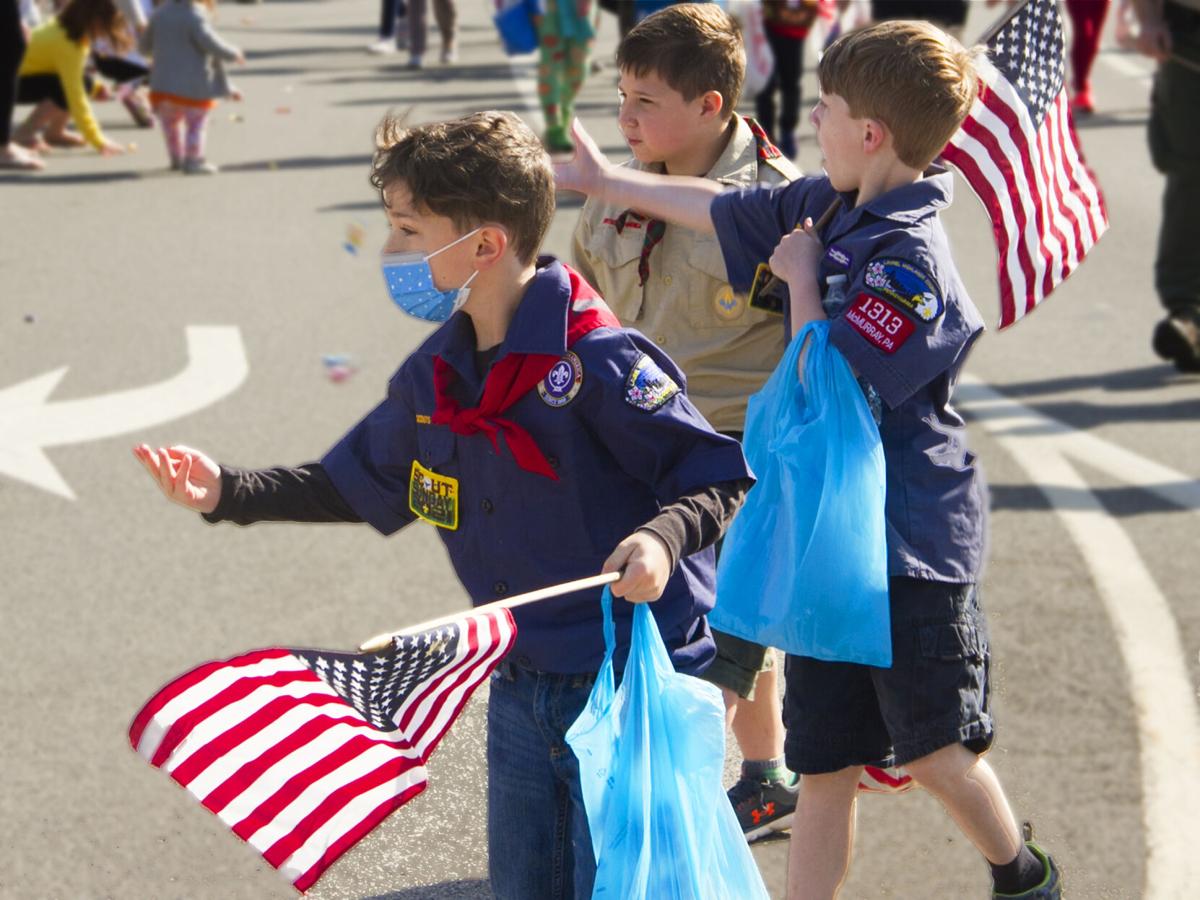 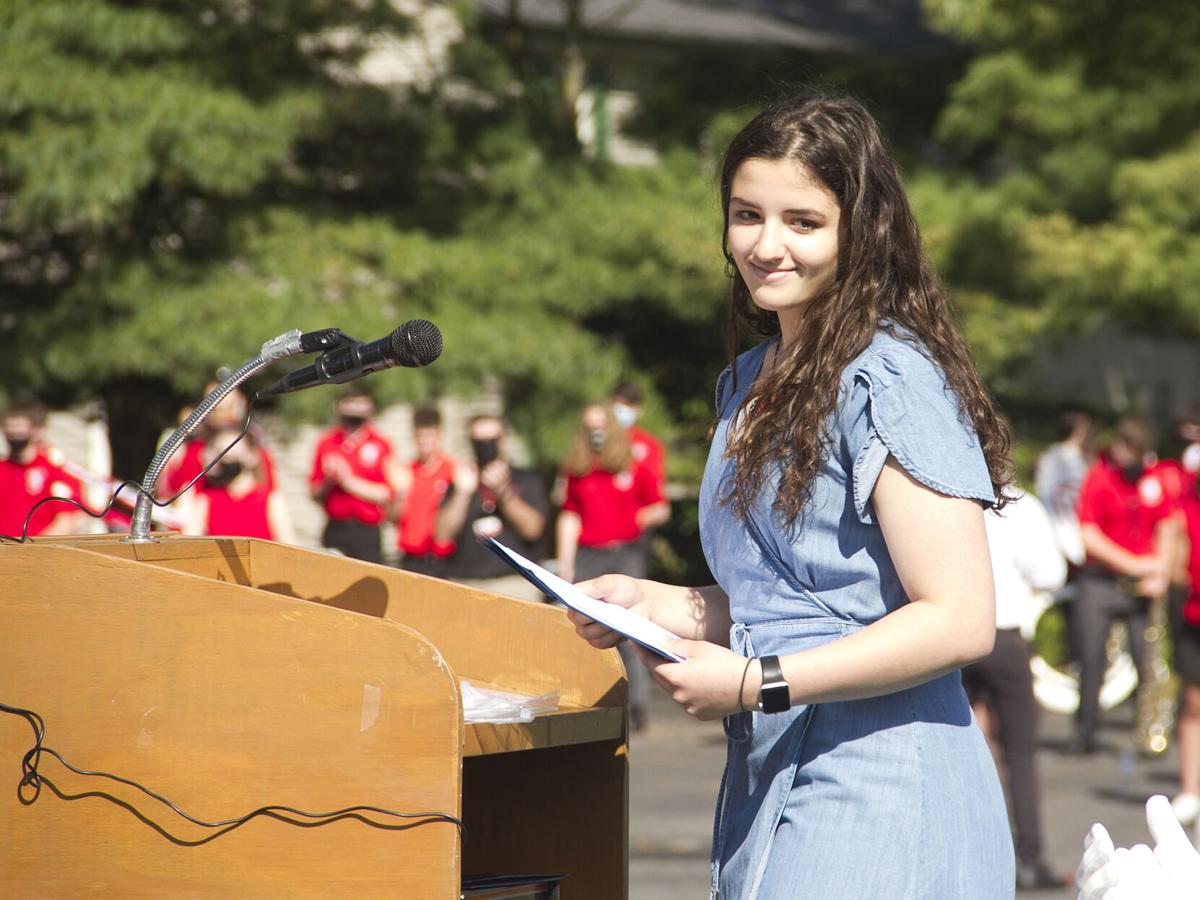 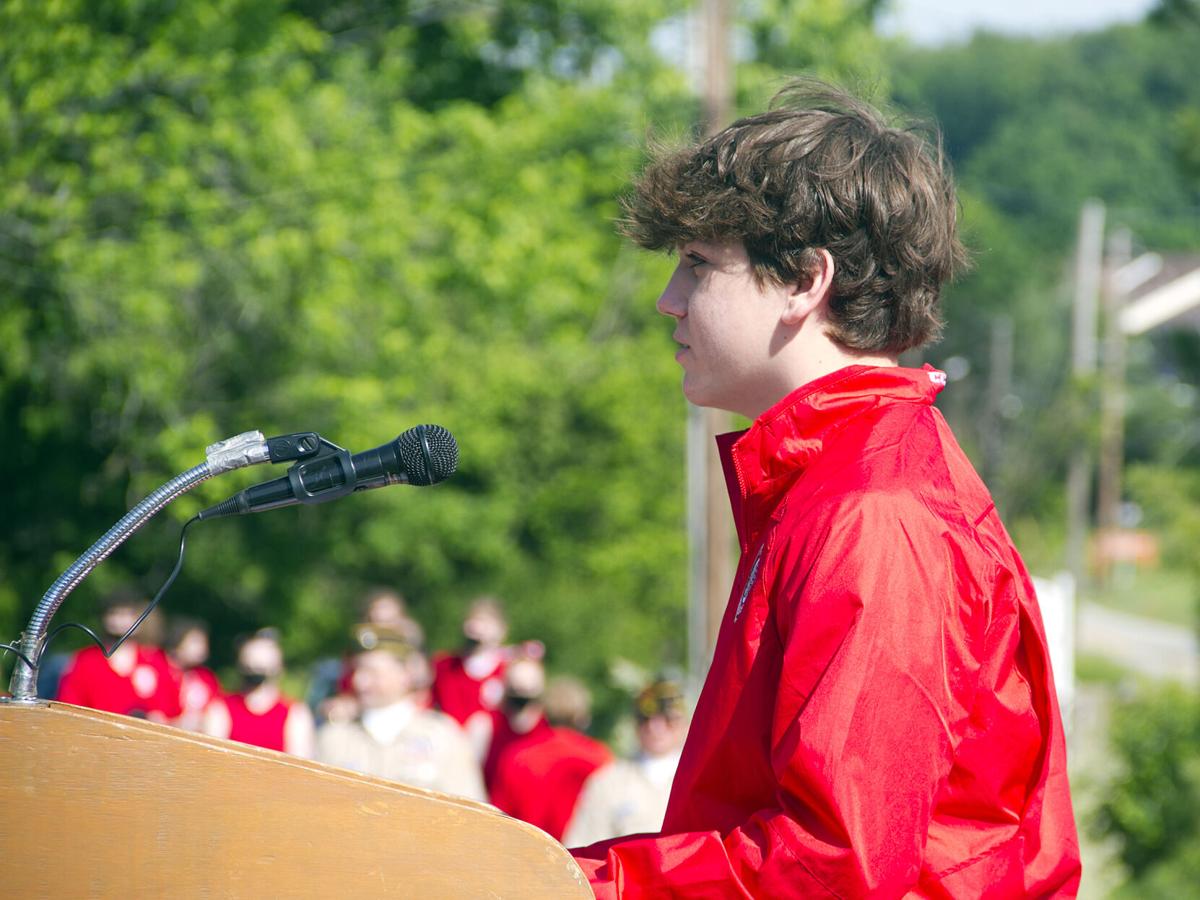 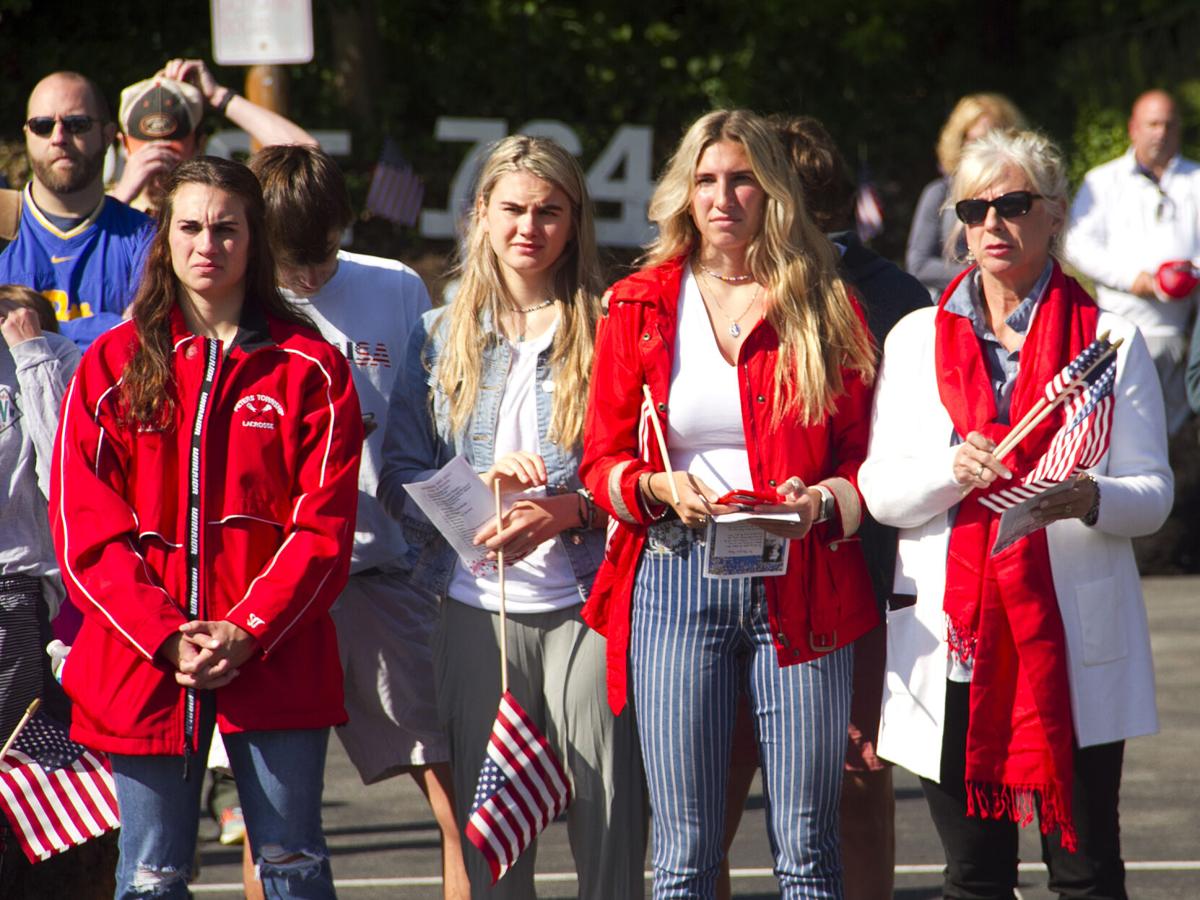 Audience members listen to a speaker during the Memorial Day observance at VFW Post 764 in Peters Township. 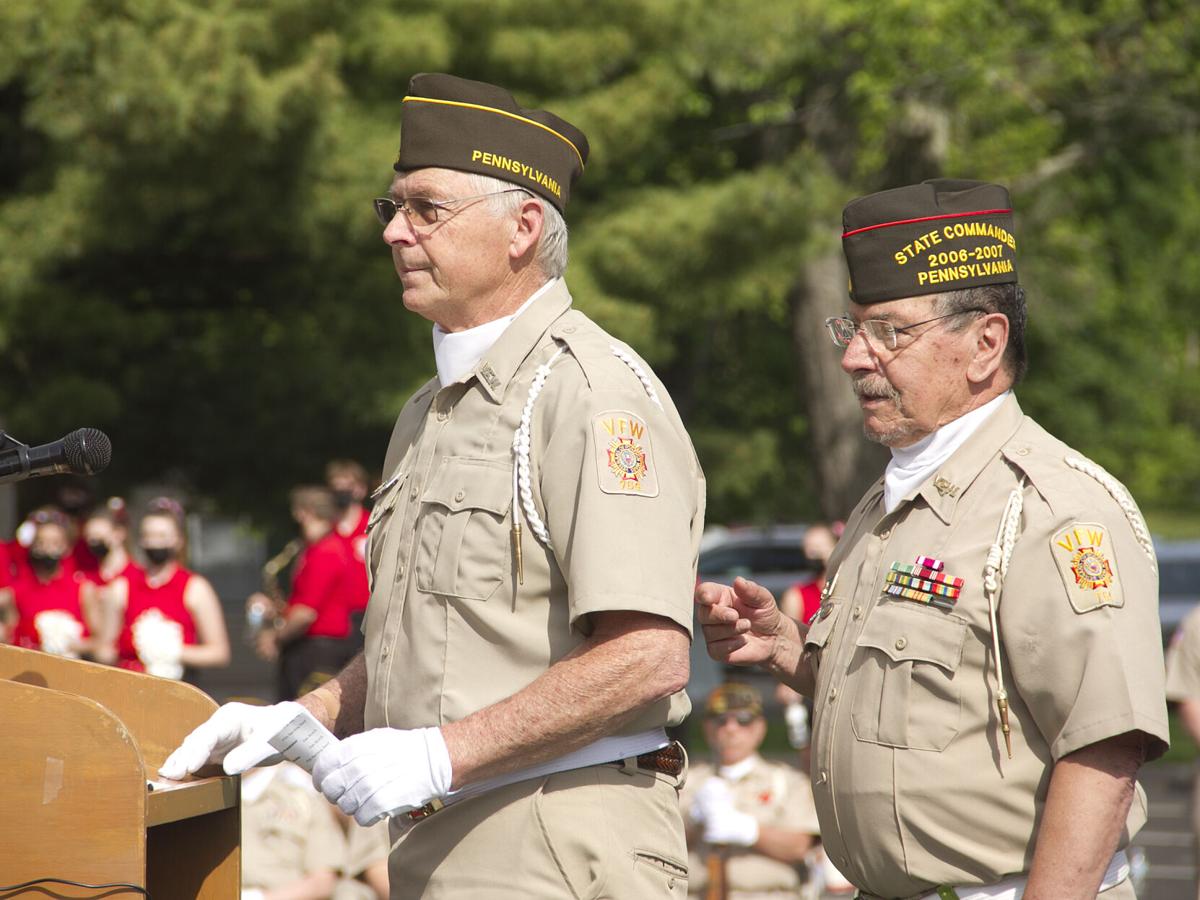 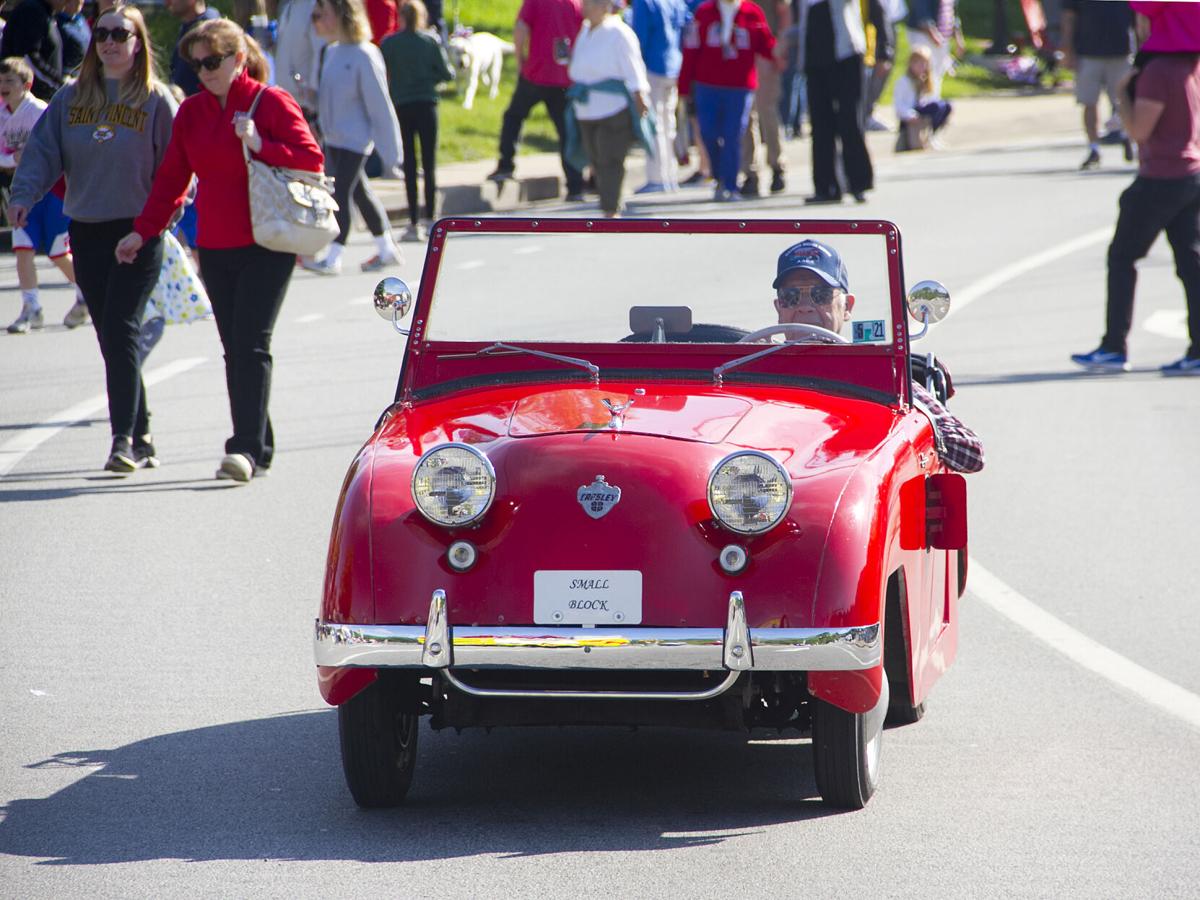 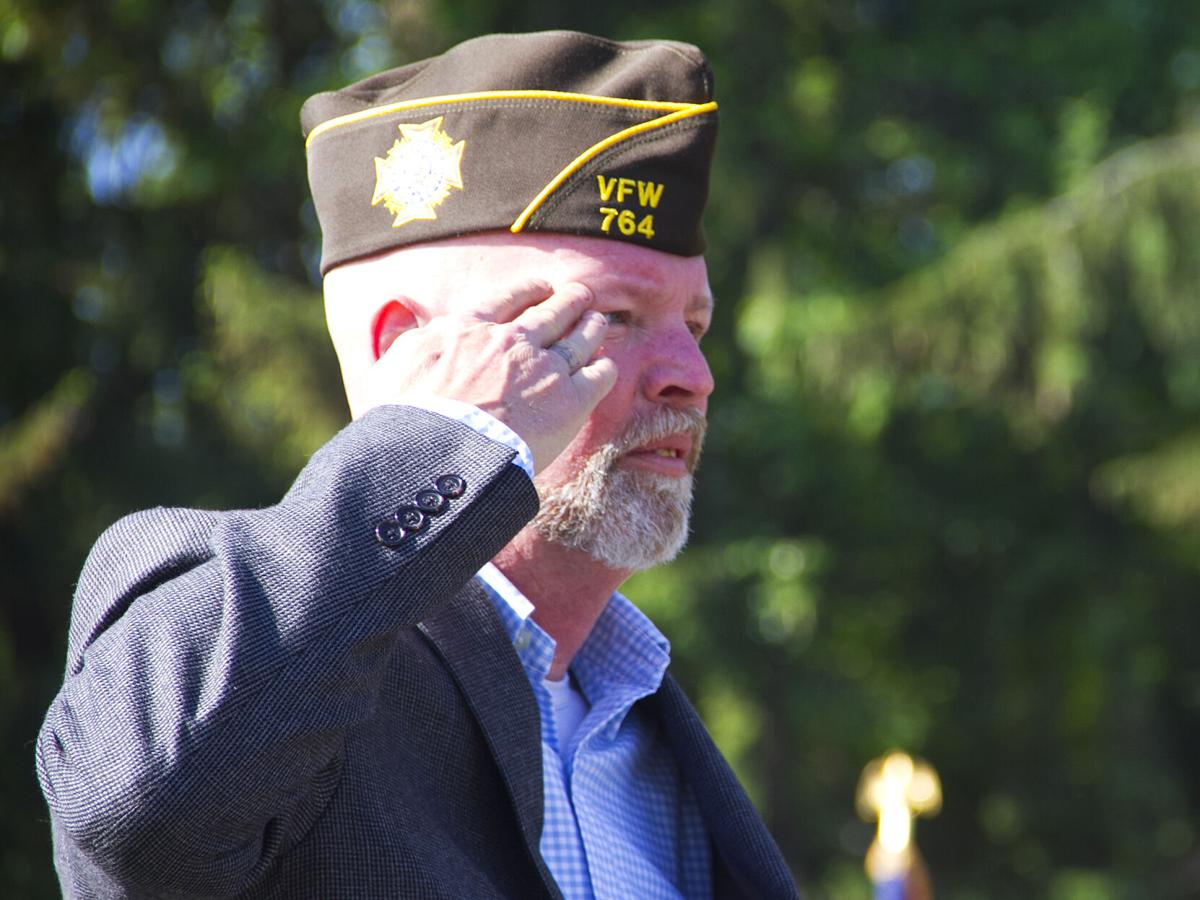 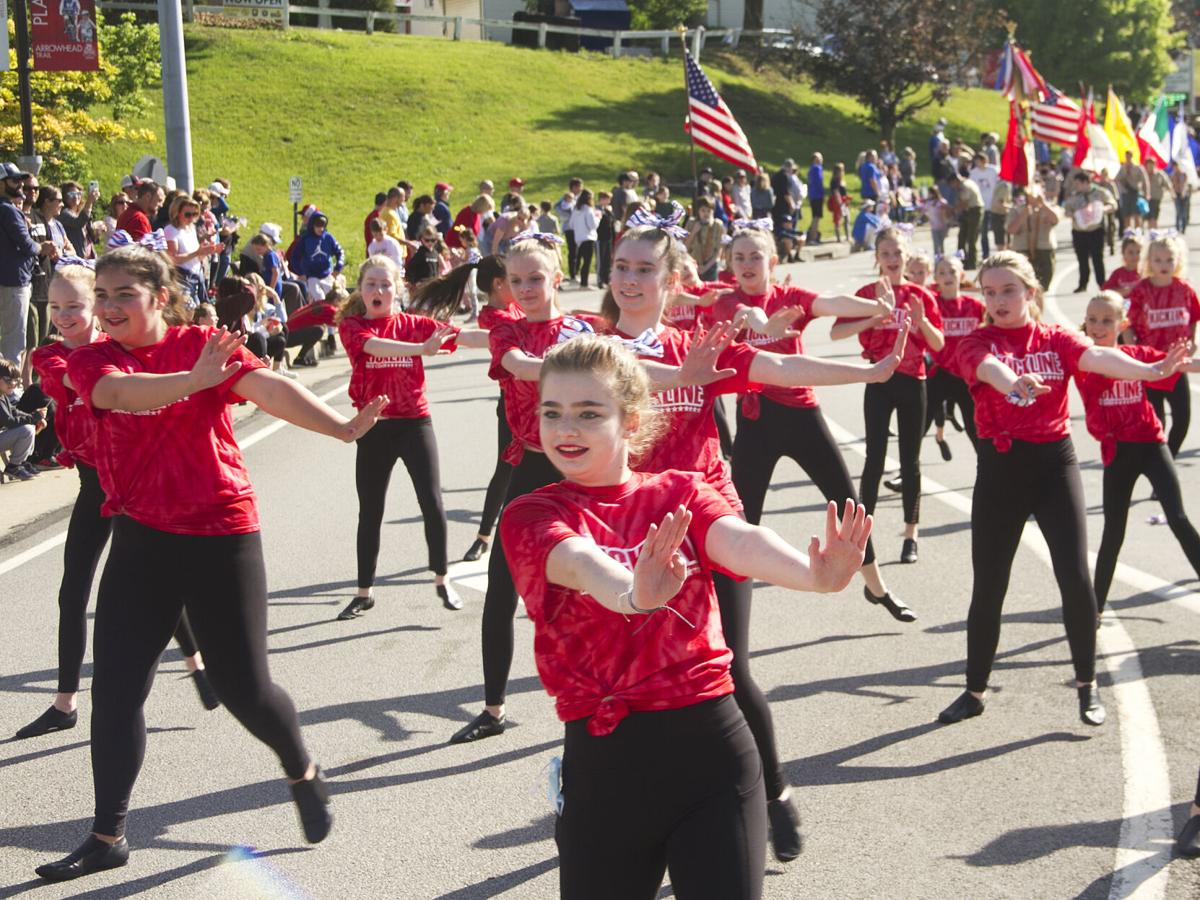 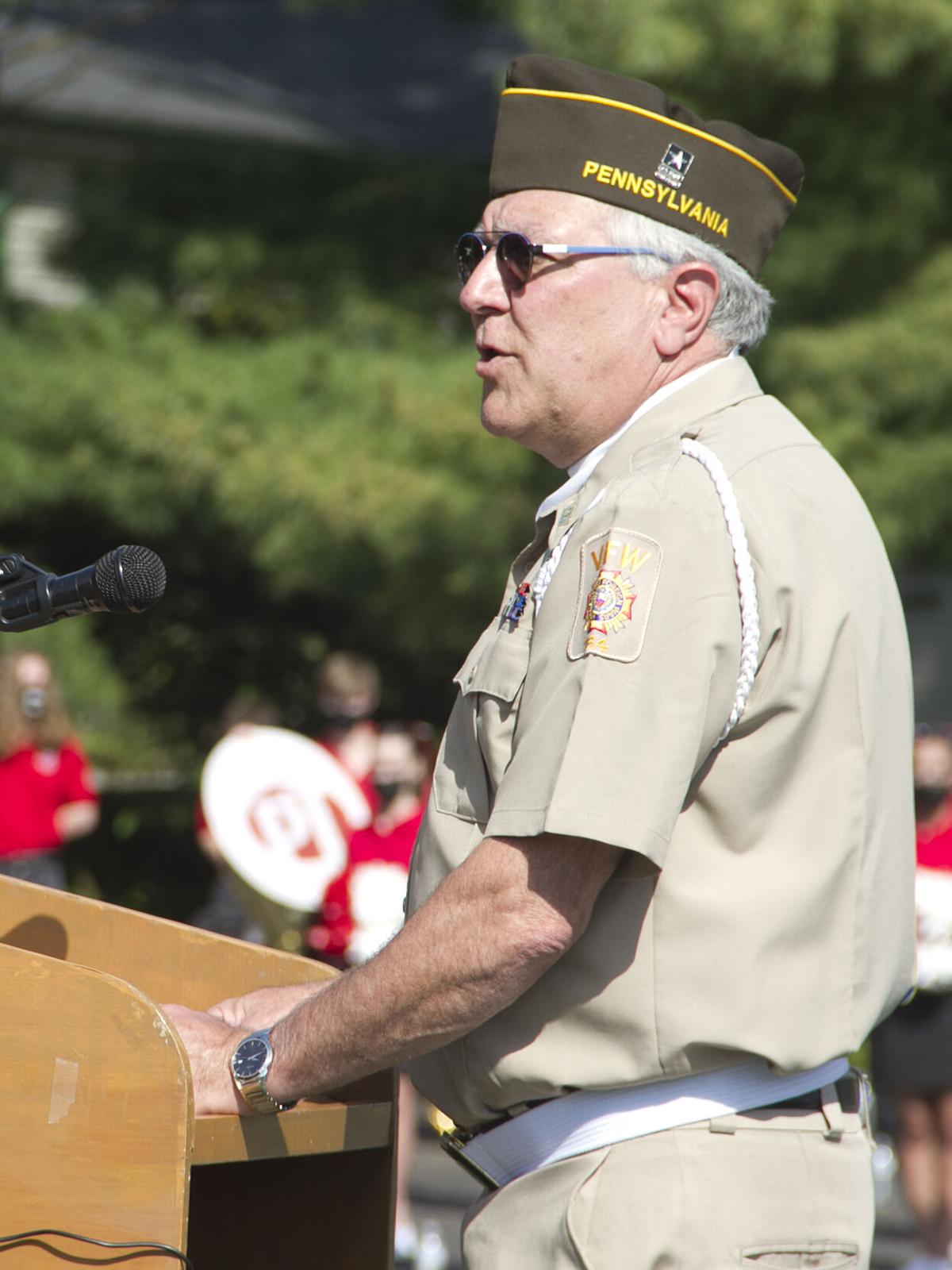 Dan Bench announces the post winners of the Patriot’s Pen and Voice of Democracy essay contests. 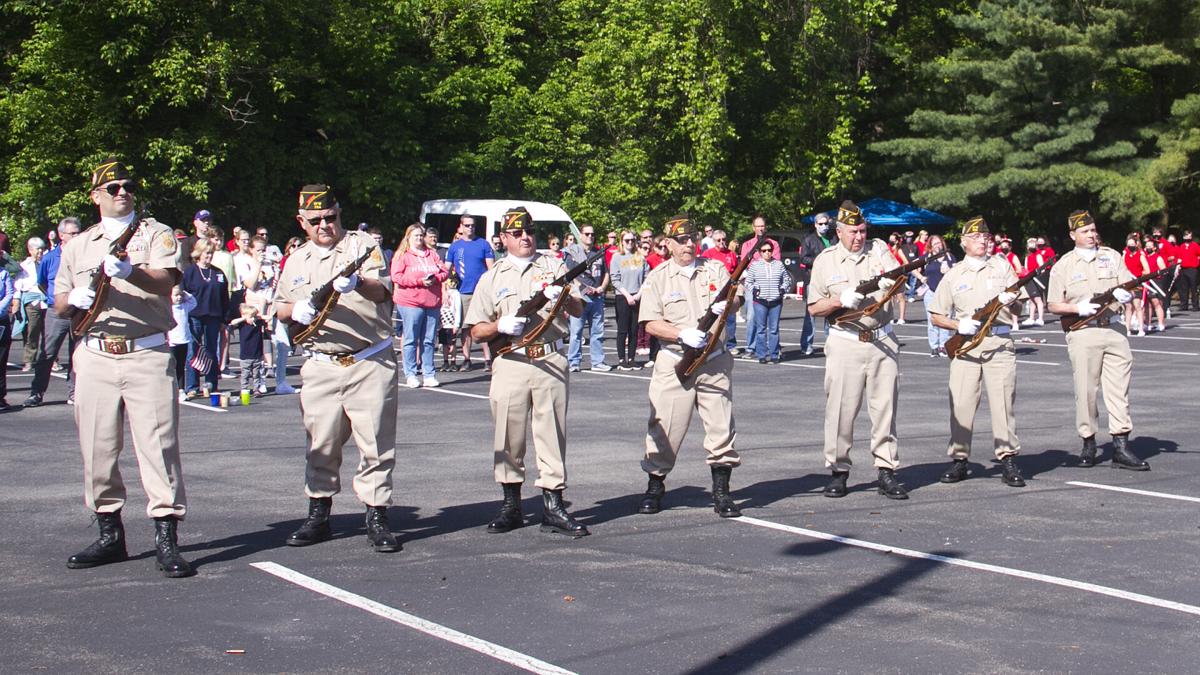 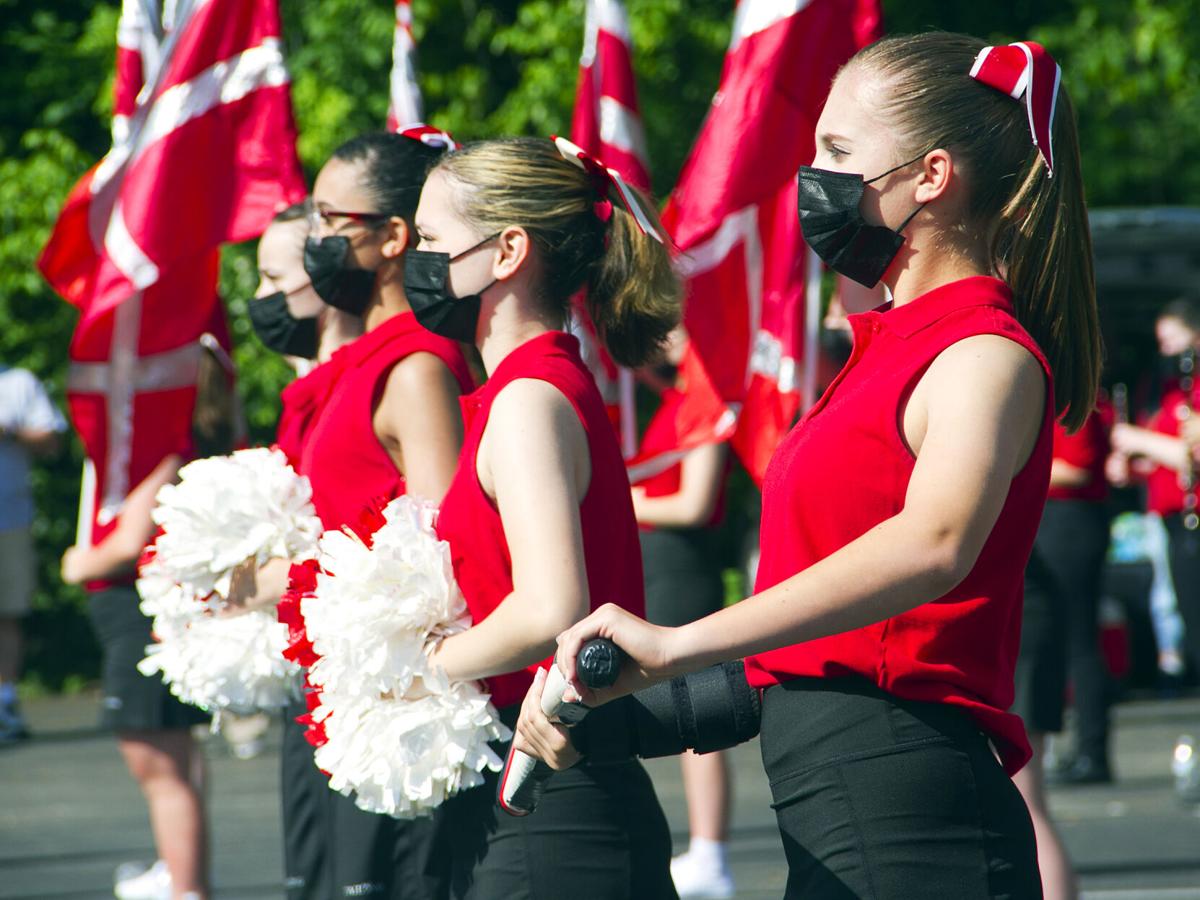 Performers with the Peters Township High School Marching Band stand at attention during the observance. 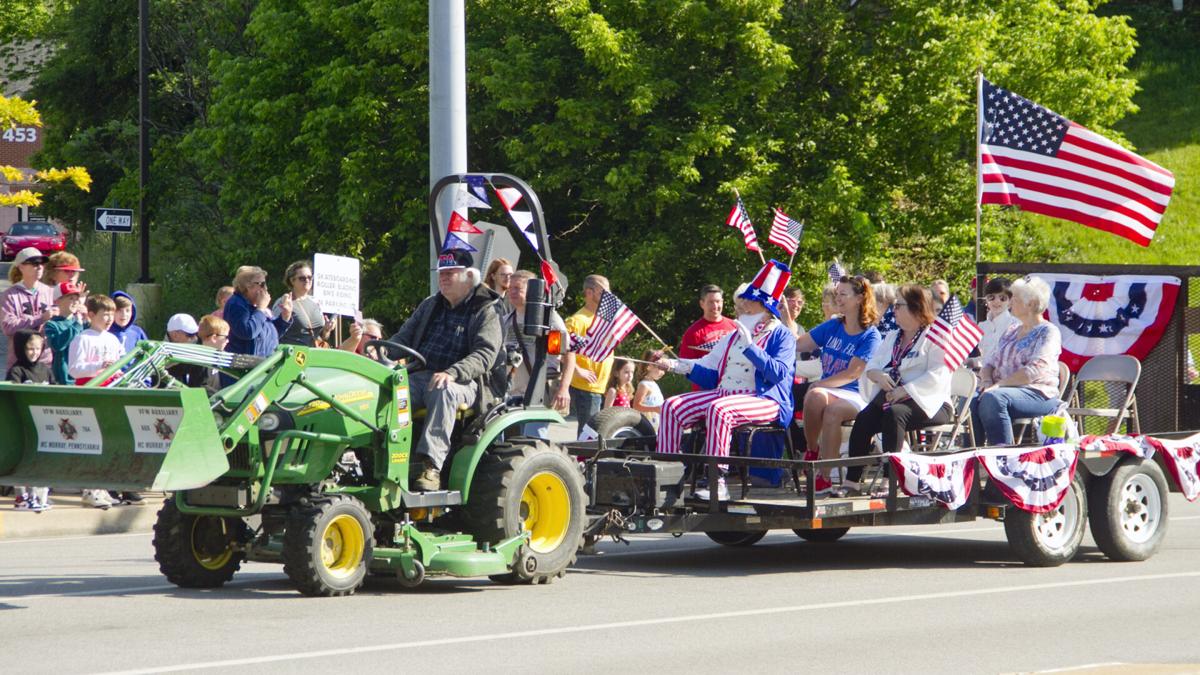 Members of the VFW Post 764 Auxiliary take part in the parade.

Gary MacArthur and Robyn Smith place a memorial wreath during the observance.

Audience members listen to a speaker during the Memorial Day observance at VFW Post 764 in Peters Township.

Dan Bench announces the post winners of the Patriot’s Pen and Voice of Democracy essay contests.

Performers with the Peters Township High School Marching Band stand at attention during the observance.

Members of the VFW Post 764 Auxiliary take part in the parade.

During his 32 years as a Peters Township resident, Dr. Walter Schrantz has attended many local Memorial Day observances at Veterans of Foreign Wars Post 764.

“I don’t recall the last time a healthcare provider has presented this address,” he said Monday while serving as the event’s keynote speaker.

An orthodontist whose practice is within walking distance of Post 764, Schrantz spoke as a U.S. Navy Reserves commander who, among other medically oriented duties, was mobilized last year in support of what he called the war against COVID-19.

“And war it was, indeed,” he observed, only not on the battlefield. “This enemy was unseen but just as lethal, compromising our daily lives that we often take for granted.”

In 2020, the pandemic interrupted the post’s long-standing annual tradition of organizing a Memorial Day parade and hosting a program of remembrance.

“For many in our nation, this Memorial Day weekend will be like a breath of fresh air as more and more of this past year’s restrictions are lifted across the U.S., marking a moment of needed relief for many of our fellow Americans,” Dom DeFranco, past Post 764 and VFW state commander, said in opening the program that followed a festive parade that wrapped up in the post parking lot.

“While there is an air of elation around us, let us take time to give pause and reflect, and honor our fallen brothers and sisters, reminding everyone of the sacrifices that secured the freedom we enjoy,” he continued. “May we continue to honor their legacy, living lives worthy of those who laid down their lives for us.”

Schrantz, who served in the U.S. Marine Corps and Marine Corps Reserves prior to his Naval commission, also spoke of the fallen.

“Despite differences in color, faith and religion, they all have possessed several fundamental qualities: courage, pride and a dedication to duty,” he said. “They are equals who responded in an extraordinary way in the face of adversity and death.”

The Post 764 life member discussed the history of Memorial Day, from its origins honoring casualties of the Civil War.

“In Charleston, S.C., freed slaves began decorating the graves of both Union and Confederate soldiers, out of respect for the Union troops, hoping the same would occur in the North,” Schrantz said. “This led to the first formal Memorial Day, observed in Waterloo, N.Y., on May 5, 1866.”

Once known as Decoration Day and traditionally celebrated May 30, Memorial Day became an official federal holiday in 1971, on the last Monday of each May.

“My fervent hope is that we can continue to gather this way for generations to come, for you see, it’s vitally important that we, as a nation, remember,” Schrantz said. “Despite all the medals, ribbons and monuments, nothing can adequately comfort those left behind weeping.”

He acknowledged the veterans and active members of the military who were in attendance.

“You have contributed mightily to making our armed forces the most effective in the world. Thank you,” he said. “And thanks to your families for their patience and understanding while you served, often overlooked but not without our utmost respect for shouldering the load and keeping the home fire burning. I can say unequivocally that without your support and love, we would be lost.”

In keeping with the theme of remembrance, DeFranco told the audience May 28 marked 50 years since the helicopter carrying U.S. Army Capt. Paul Urquhart was shot down and crashed near the Vietnam-Laos border. In 2019, a sign in Urquhart’s honor was posted at the intersection of Old Oak and Oakwood roads, near where the Washington & Jefferson College graduate once lived.

Patriot’s Pen, for students in sixth through eighth grades, had the 2020-21 theme of “What is patriotism to me?” Allison Bentz, Christopher McCay and Jack Fazio placed first through third, respectively. Additionally, Allison took the top spot in Pennsylvania District 24, and Jack was third.

The theme of Voice of Democracy, for ninth- through 12th-graders, was “Is this the country the founders envisioned?” Joseph Wateska was the Post 764 winner and finished second in the district. Zach Byers placed second locally, Katelyn Stokan was third at the post, first in District 24 and sixth at the state level.