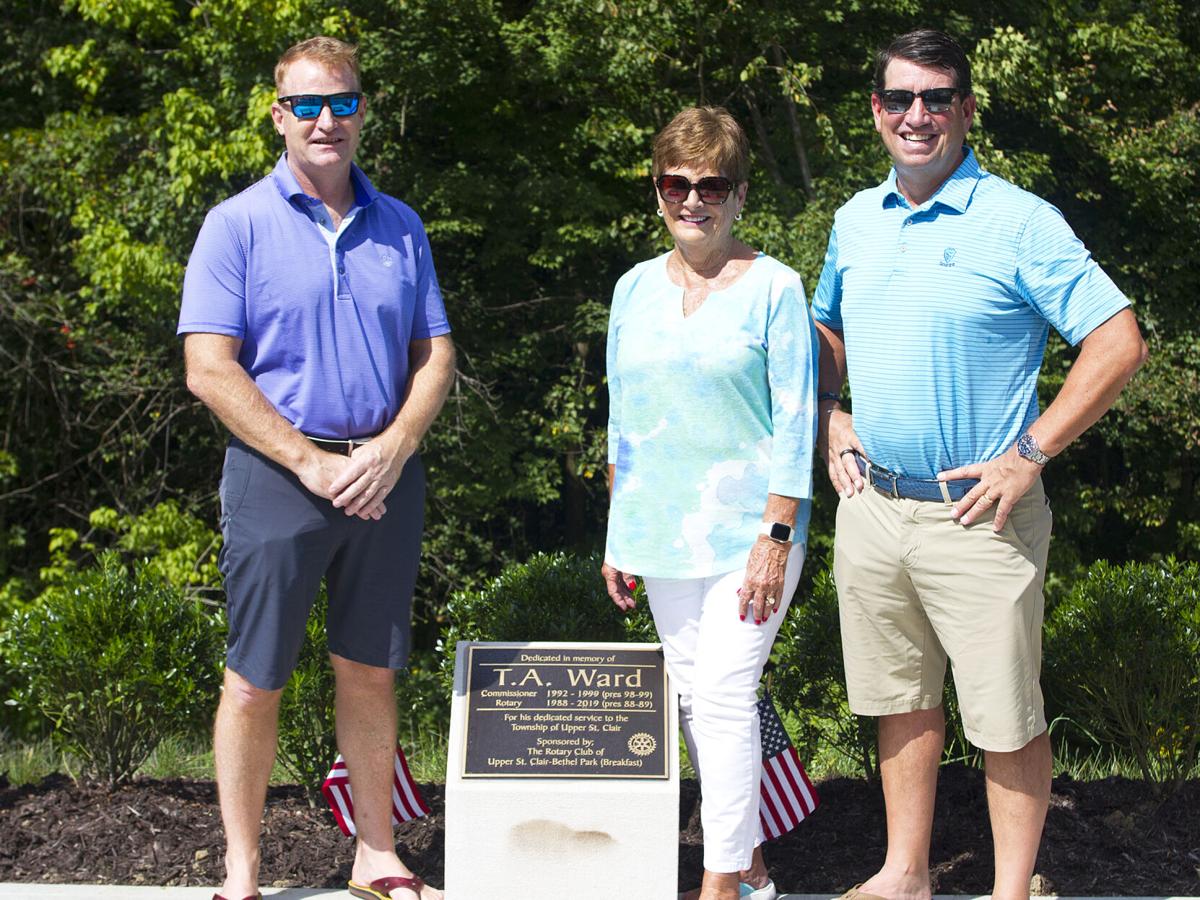 From left at the memorial are Mike, Judy and T.A. Ward II. 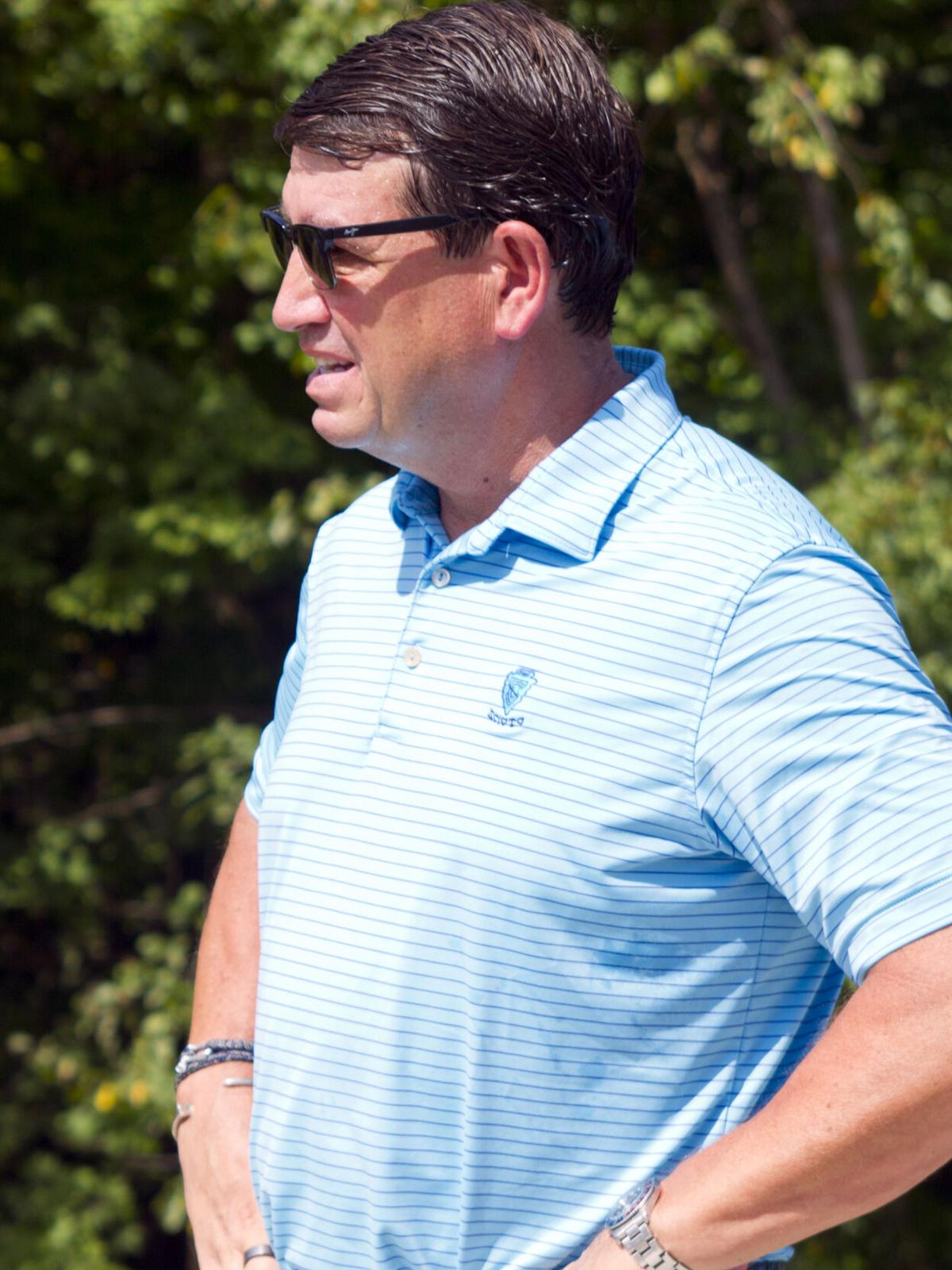 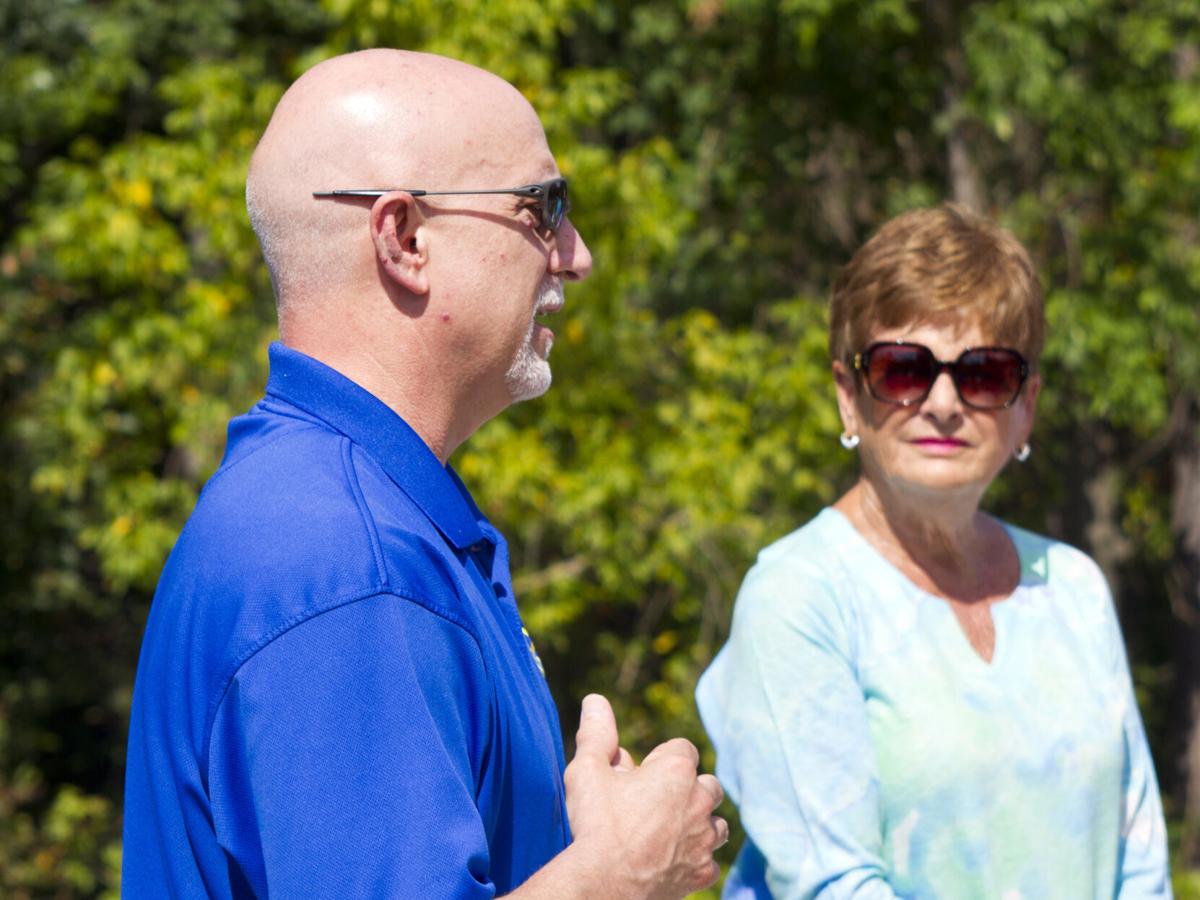 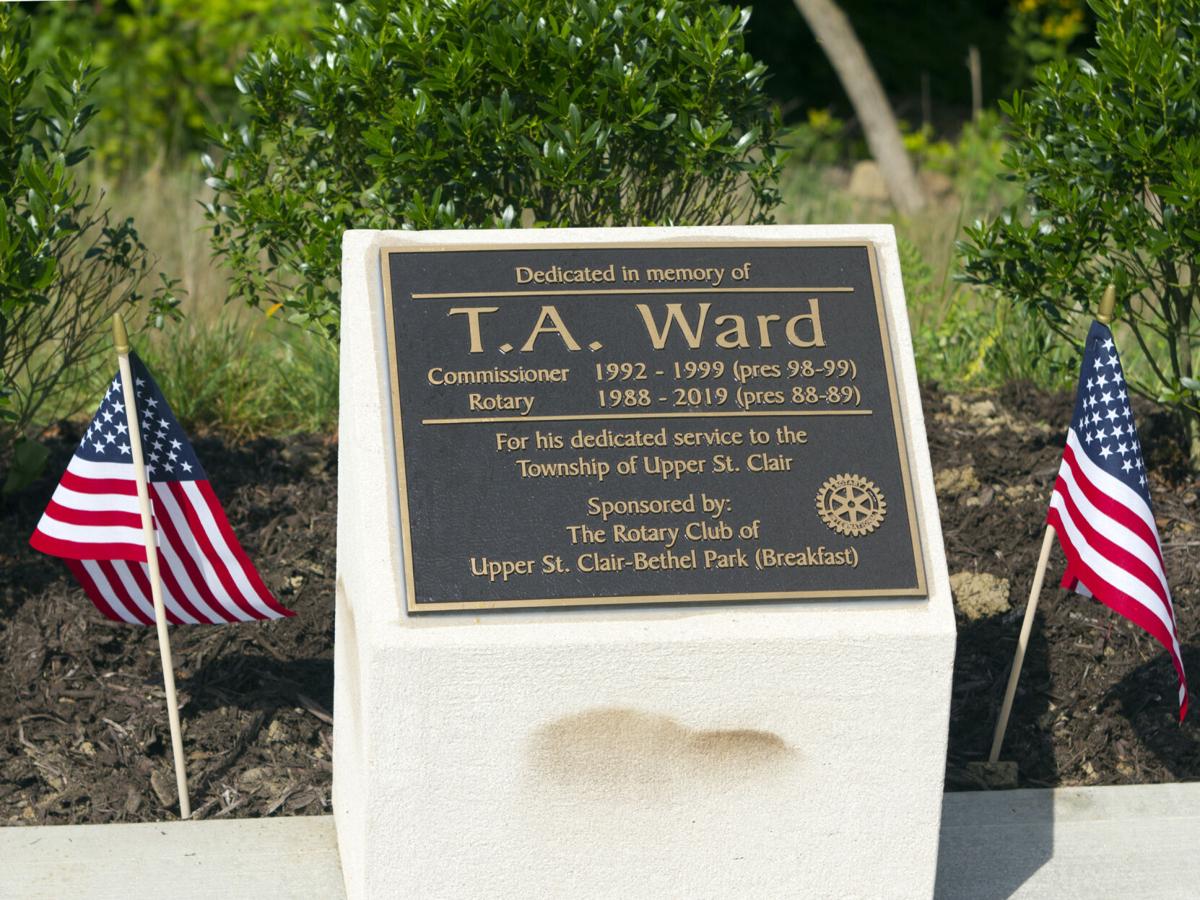 The memorial to T.A. Ward is along the Boyce Mayview Loop across Morton Road from Lattidome Drive. 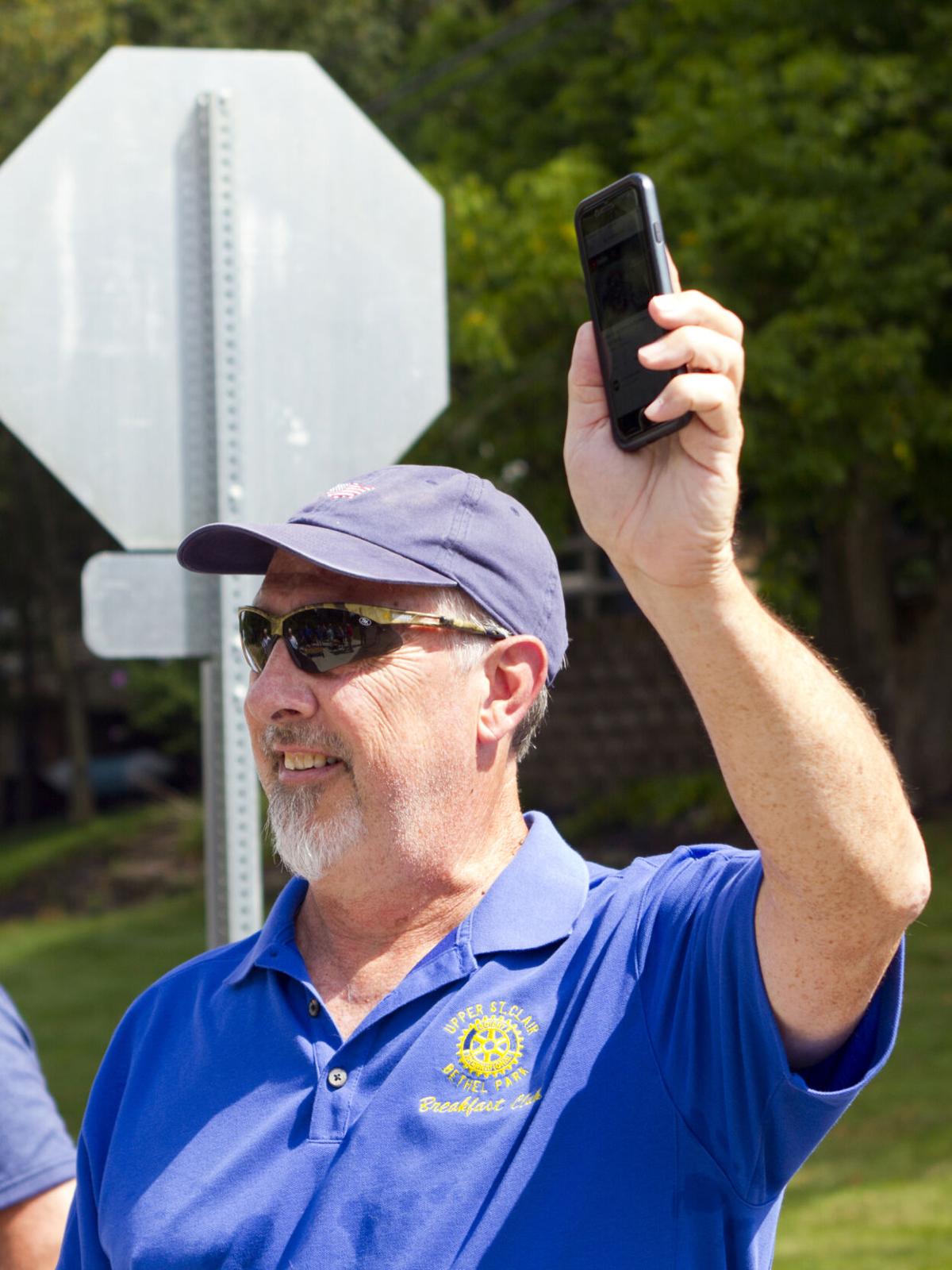 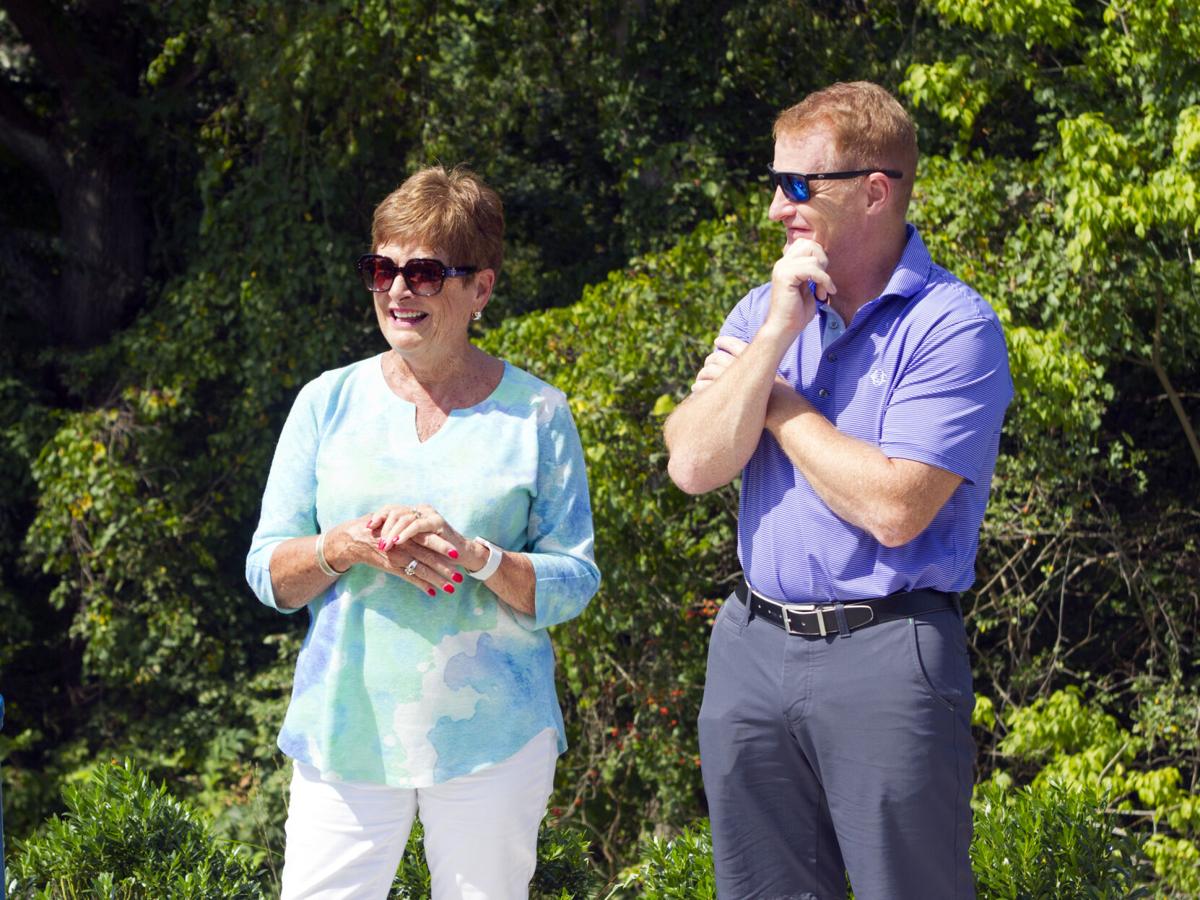 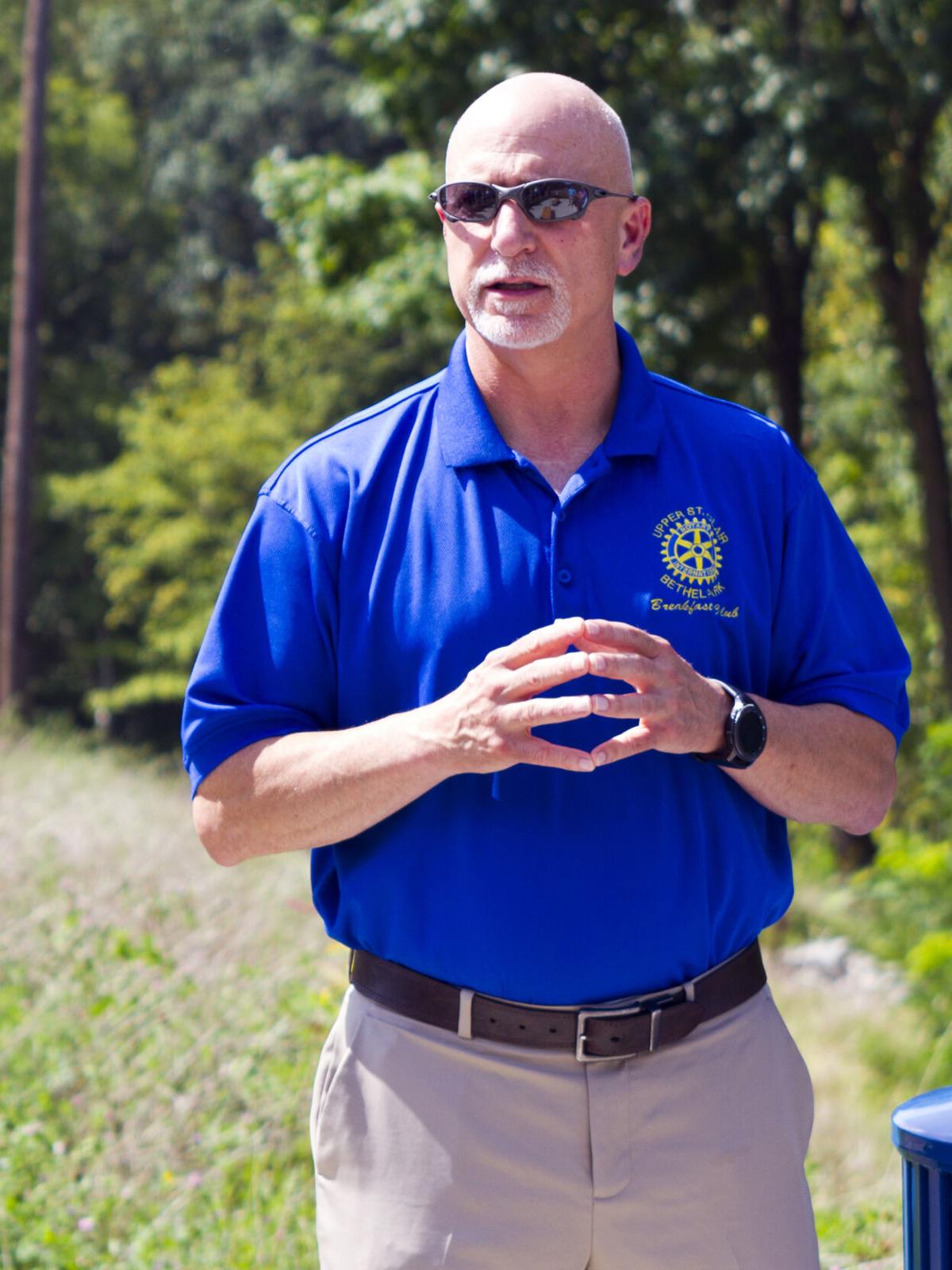 Brian Schill speaks at the dedication of the memorial honoring T.A. Ward.

From left at the memorial are Mike, Judy and T.A. Ward II.

The memorial to T.A. Ward is along the Boyce Mayview Loop across Morton Road from Lattidome Drive.

Brian Schill speaks at the dedication of the memorial honoring T.A. Ward.

A point of pride within Rotary International is members not missing meetings, something the late T.A. Ward of Upper St. Clair took seriously.

“He had, I think, about 275 years of perfect attendance, something like that,” fellow Rotarian Brian Schill joked. “And I’m trying to emulate him.”

Schill spoke Aug. 29 at the dedication of a memorial in honor of Ward, who in 1988 served as first president of the Upper St. Clair-Bethel Park (Breakfast) Rotary Club, of which Schill is a member.

“For 30-plus years he had been, basically, our patriarch. I know he meant a lot to many of us, and so this is very fitting,” he said about the memorial, which features a monument bearing a plaque with U.S. flags on either side.

Also at the site, along the Boyce Mayview Loop across Morton Road from Lattidome Drive, are two benches on which trail users can take a break and relax.

Those attending the Sunday ceremony included Judy Ward, to whom T.A. was married for 57 years, and their sons, T.A. II and Mike.

“Rotary meant so much to him. It was a big part of his life, so this is super great,” Judy said about the memorial.

Her husband, who died in 2019 at age 82, also was on the Upper St. Clair Board of Commissioners from 1992-99, serving as president his final two years.

“When I reached out to the township, we came up with several ideas, and I have to say that they were very good to work with,” Schill said about local officials. “They’re the ones who had the vision for this. They worked within our constraints, and we worked together on where exactly it was going to be.”

The Upper St. Clair-Bethel Park (Breakfast) Rotary Club also has a stretch along McLaughlin Run and McMurray roads that is designated for litter removal in his honor.

“Something else about T.A.: It was always about Ohio State, right?” Schill said, referencing his alma mater, at which he earned his bachelor’s degree in finance.

And so as a fitting conclusion to the ceremony, Bill Findle, a club director, played the Buckeyes’ fight song on his cellphone.

The owner of T.A. Ward Constructors Inc. was a U.S. Marine Corps veteran whose service included 18 years as a member of the board of directors for St. Clair Hospital, Builders Association of Metropolitan Pittsburgh presidency, Pennsylvania delegation to the White House Conference on Small Business chairmanship and Pennsylvania Utility Contractors Association membership.