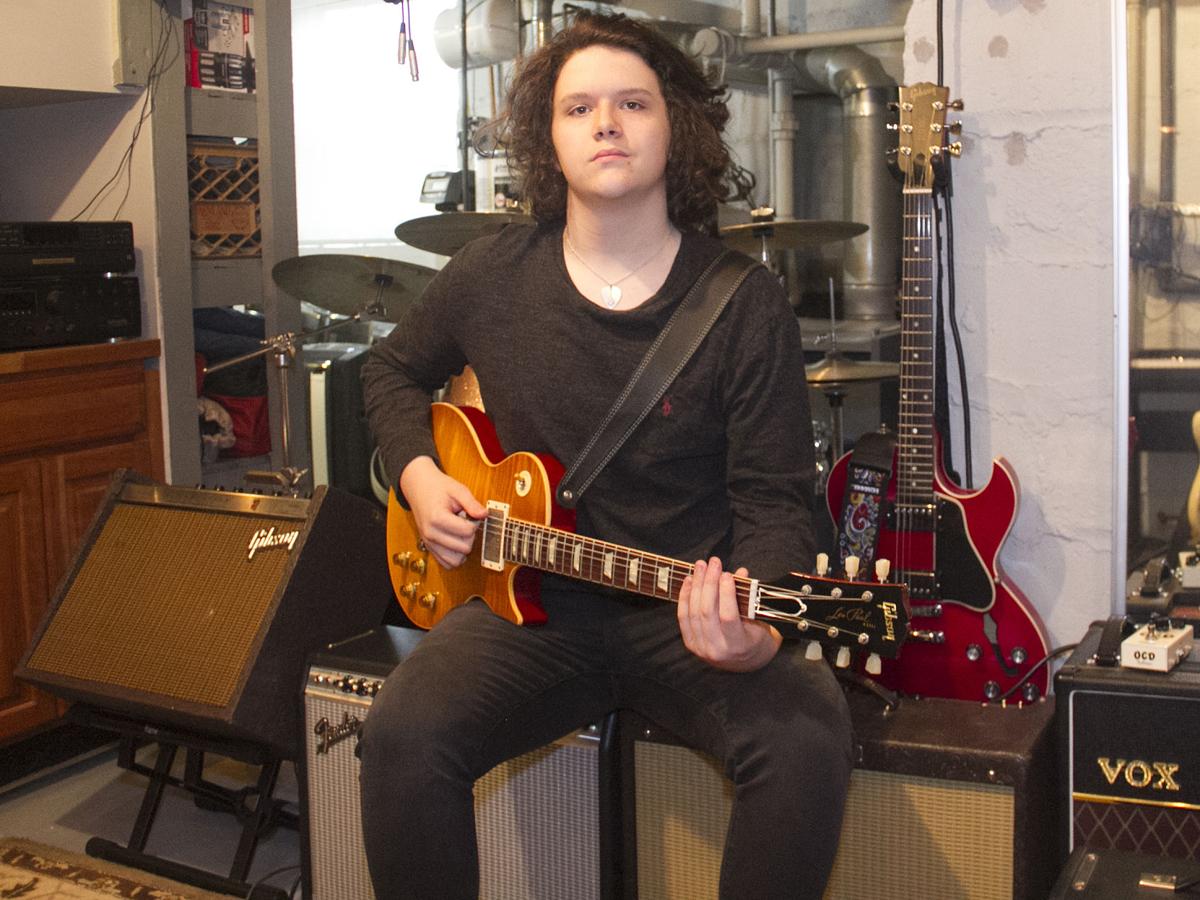 Pierce Dipner plays his guitar at home in Mt. Lebanon. 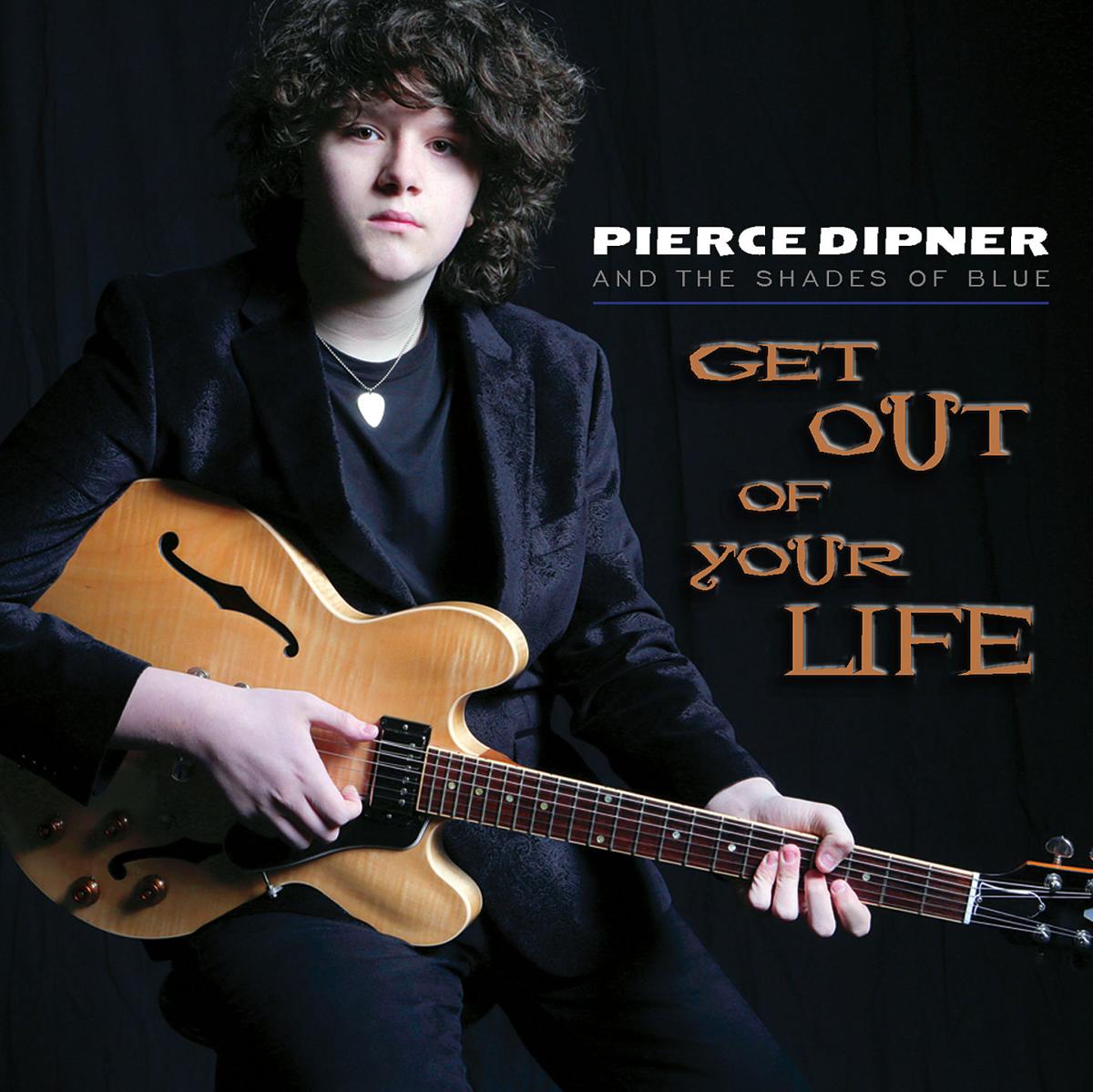 Pierce Dipner plays his guitar at home in Mt. Lebanon.

A listen to the four songs on “Get Out of Your Life” by Pierce Dipner and the Shades of Blue, will most likely remind many of a frontman who has been around for a long, long time.

In a sense, Pierce has. The Mt. Lebanon resident started playing guitar when he was 8, which at this point represents half his life.

That makes him 16, an age at which it might not be expected for too many people to be focused on playing the blues.

But that’s what he has been doing for quite a while now, prompted by his participation in a youth jam hosted by the Blues Society of Western Pennsylvania. He has gone on to represent the society at a pair of International Blues Challenge events in Memphis, Tenn.

These days, thanks to the power of music getting around online, he has found an international audience for his extended-play debut release.

“The EP is actually getting a lot of airplay, probably more than I expected,” he said, with European blues fans leading the way. “Knowing there’s people all around the world listening to our songs is pretty inspiring.”

Along with the title track, which Pierce wrote, the disc contains two more of his originals, “Roamin’ Woman” and “Don’t Get No Sleep.” Rounding out the track list is a searing take on Don Nix’s blues-rock standard “Going Down.”

“I heard some people covering it and saw the videos of Jeff Beck and Freddie King doing it,” Pierce said about the versions by the respective Rock and Roll Hall of Fame inductees. “I put it in my live set, and normally that’s the last song. It usually gets me a good response, and I really think the band plays it well together.”

Regarding the originals he chose to record for his debut:

“I tried to make each song have a little bit of a different flavor to it, to kind of showcase my writing and also the band’s abilities,” he said.

“Get Out of Your Life,” the song, leads off the proceedings with straight-ahead blues of which Elmore James would be proud, Pierce belting out the lyrics as if he’s a grizzled guy with a string of bad relationships under his belt. “Roamin’ Woman” continues in that vein, driven by a heavy guitar riff and including a saxophone solo by collaborator Jason Kendall.

Following is “Don’t Get No Sleep,” a slower, darker-in-tone composition featuring Pierce on acoustic guitar, for the most part. Then comes his solo, rip-roaring from the three strings of a cigar-box guitar, an instrument that appears pretty much as advertised.

“I knew from the start of wanting to record originals that I wanted to incorporate that into a song,” he said. He proceeded to run the sound through a small practice amplifier, “and we cranked it up to 10.”

The “Get Out of Your Life” EP was recorded and mixed by Dana Cannone, owner of The Church Recording Studio in Carrick.

“It’s great working with him,” Pierce said. “He gave his input on arranging everything, and maybe changing up a riff here or throwing in a little lick somewhere to segue into a section.”

At the time of the recording, the Shades of Blue were Kevin Hindes on drums and Keith Gamble on bass guitar. Arnold Stagger since has taken over bass duties.

The band performed Jan. 25 on the public radio program “Saturday Light Brigade,” and earlier in the month, Pierce and Arnold traveled to Wilkes-Barre to play on the TV show “PALive!”

And come Feb. 17, Pierce has a solo spot on “Good Day PA,” the weekday morning lifestyle program that airs on Channel 27 in Harrisburg.

Local appearances by Pierce Dipner and the Shades of Blue also are scheduled. For more information about the band and “Get Out of Your Life,” visit piercedipner.com.