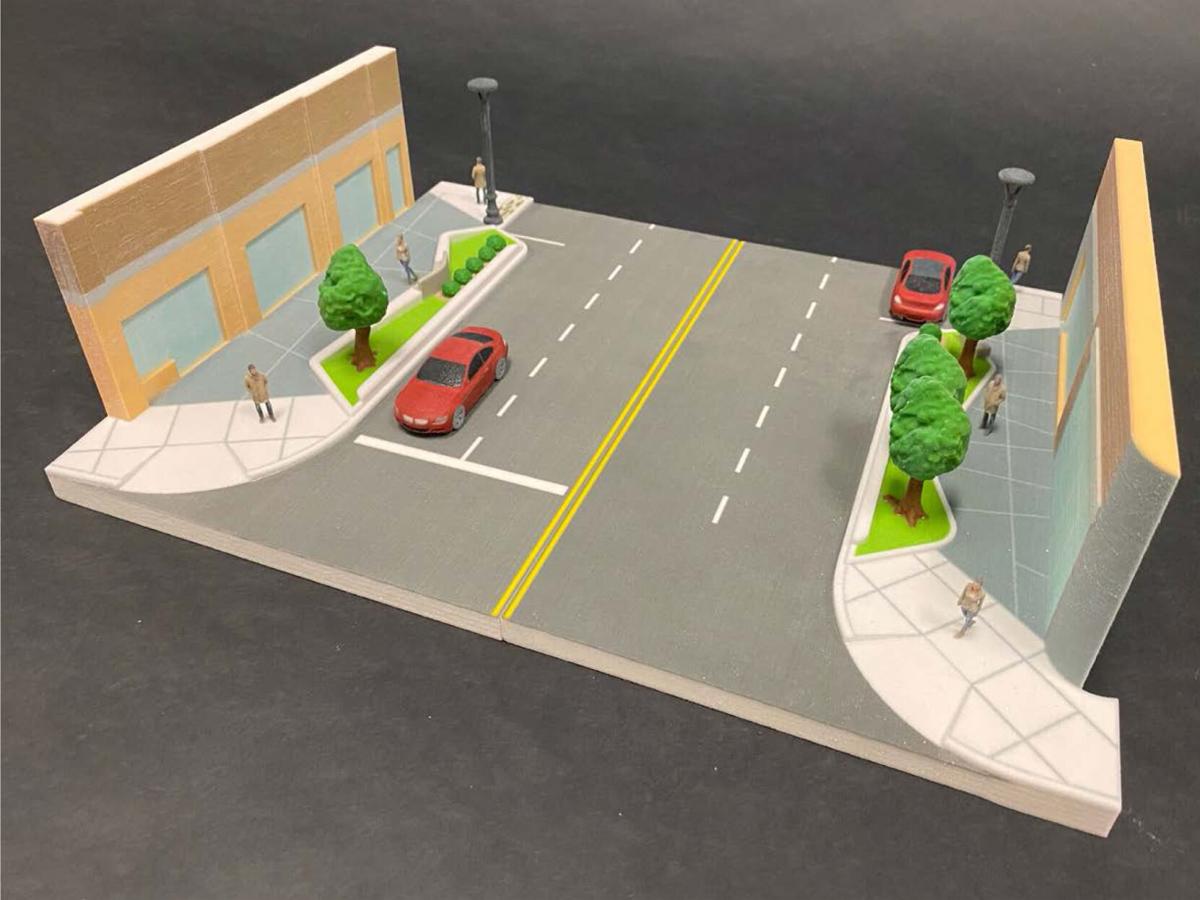 Phases of the Vibrant Uptown project

Phases of the Vibrant Uptown project

The multimillion-dollar upgrade to the Washington Road business district, plans for which have been in the works for a year and a half, is nearing the point of wrapping up the design development process.

Ian McMeans, assistant municipal manager, led a “high-level overview” of the project as the main focus of the commission’s virtually conducted Jan. 26 discussion session, with the elected officials expressing their full support for proceeding.

Prior to the next discussion session, scheduled for Feb. 9, McMeans said the objective is to start developing public bid documents for the first of the project’s three phases.

“At that meeting, hopefully we’ll get the commission’s thumbs up to actually move forward and go out to bid,” he said.

More than $2 million, about half of which represents grant funding, is earmarked for an initial phase entailing “basically what is contained within the public space right of way on Washington Road,” according to McMeans. Facets include replacing sidewalks, installing new street lamps, and enhancing the area through a series of planters and seating areas to create a “linear park” ambience.

A major component addresses the state of Washington Road curb ramps with regard to the federal Americans with Disabilities Act of 1990.

“Of the 33 ramps in the scope of the project, we’re making improvements to all 33 of them, and 28 of the 33 will be fully compliant with ADA standards,” McMeans said. “The other ones will still have improvements made to them but won’t fully meet the ADA standard.”

One trouble spot is at the Alfred Street intersection, next to the Clearview Common public area. The turning radius off Washington Road for larger vehicles, including Port Authority Allegheny County buses, limits the space for making significant physical improvements to the curbs.

McMeans said he and others working on the Vibrant Uptown project recently had a meeting with Port Authority representatives.

“Port Authority very explicitly stated that they are inherently tied to Alfred Street and will not reroute buses off of Alfred Street. It’s a very important street for them, not only for their existing bus routes but also because of the ‘T’ location there,” he said about the Mt. Lebanon light-rail station off nearby Parse Way. “They use Alfred Street when the ‘T’ is broken down or there’s a delay on the line, for detours and rerouting passengers onto buses off the ‘T.’”

Other problem intersections include those at Cedar Boulevard, where a traffic signal pole and steep grade inhibit upgrades, and Shady Drive. More significant improvements to the latter could be included as an add alternate, a task that would expand the scope of the project beyond the base bid.

“If the commission decides not to pursue it at this point in time, then we have a cost estimate for that section that we can then go out and apply for grant funding,” McMeans said.

The second phase of Vibrant Uptown calls for the renovation of Parse Way, the general appearance of which has raised concerns among officials who consider the narrow street to be a gateway to Mt. Lebanon, considering the presence of the transit station.

A “placemaking” effort represents the final phase, with further enhancements to public spaces drawing on a philosophy that “capitalizes on a local community’s assets, inspiration and potential, and it results in the creation of quality public spaces that contribute to people’s health, happiness and well-being,” according to the New York City-based Project for Public Spaces.

In 2019, Mt. Lebanon issued bonds to fund the majority of the $3.9 million Vibrant Uptown project.

During the latest discussion session, Mindy Ranney, commission president, pointed out the design process took place under the restrictions of the COVID-19 pandemic.

“We were given the choice back in April whether to stop it and to pick it up post-COVID, but knowing that we wouldn’t know when post-COVID is, and that a lot of this grant money was expiring, we all chose to move forward in the best possible way we could,” she said. “And in my opinion, it’s gone much better than I expected.”