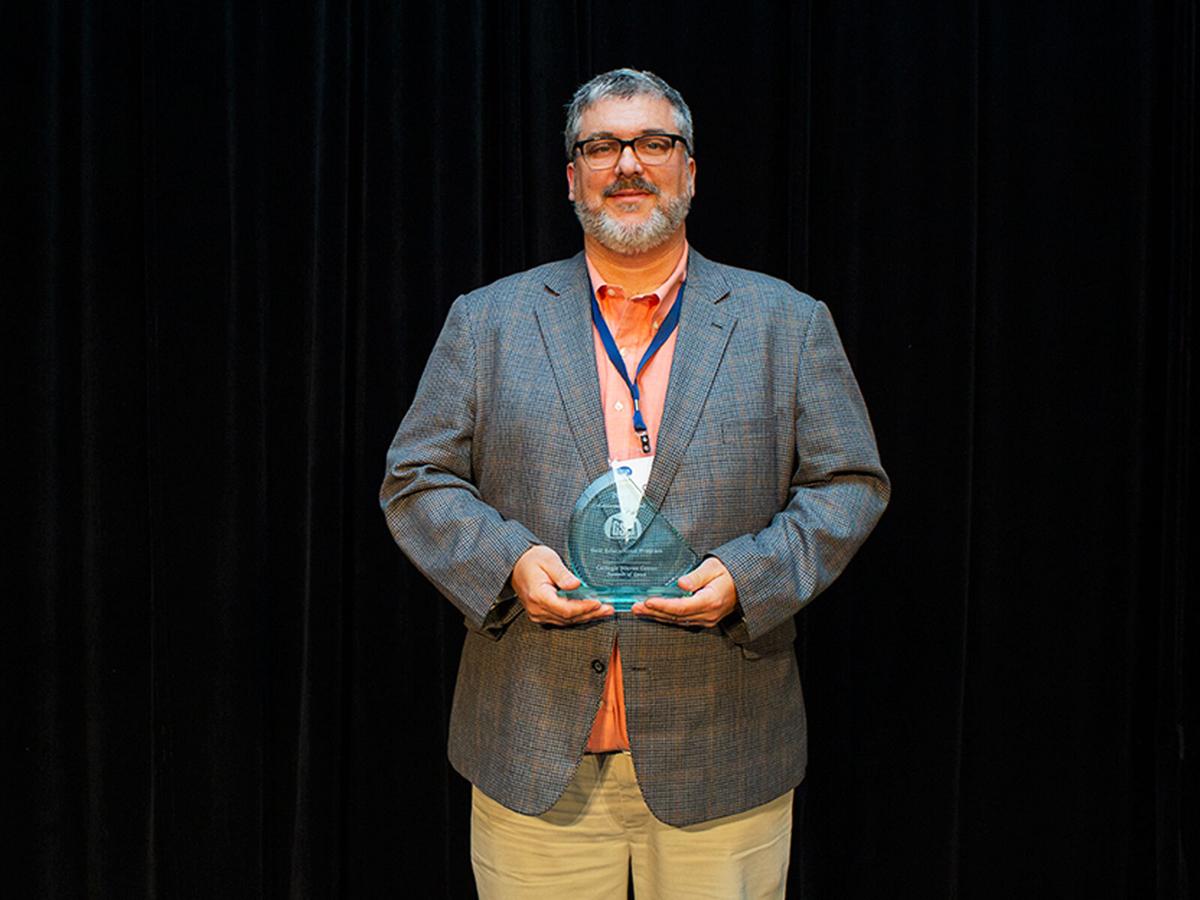 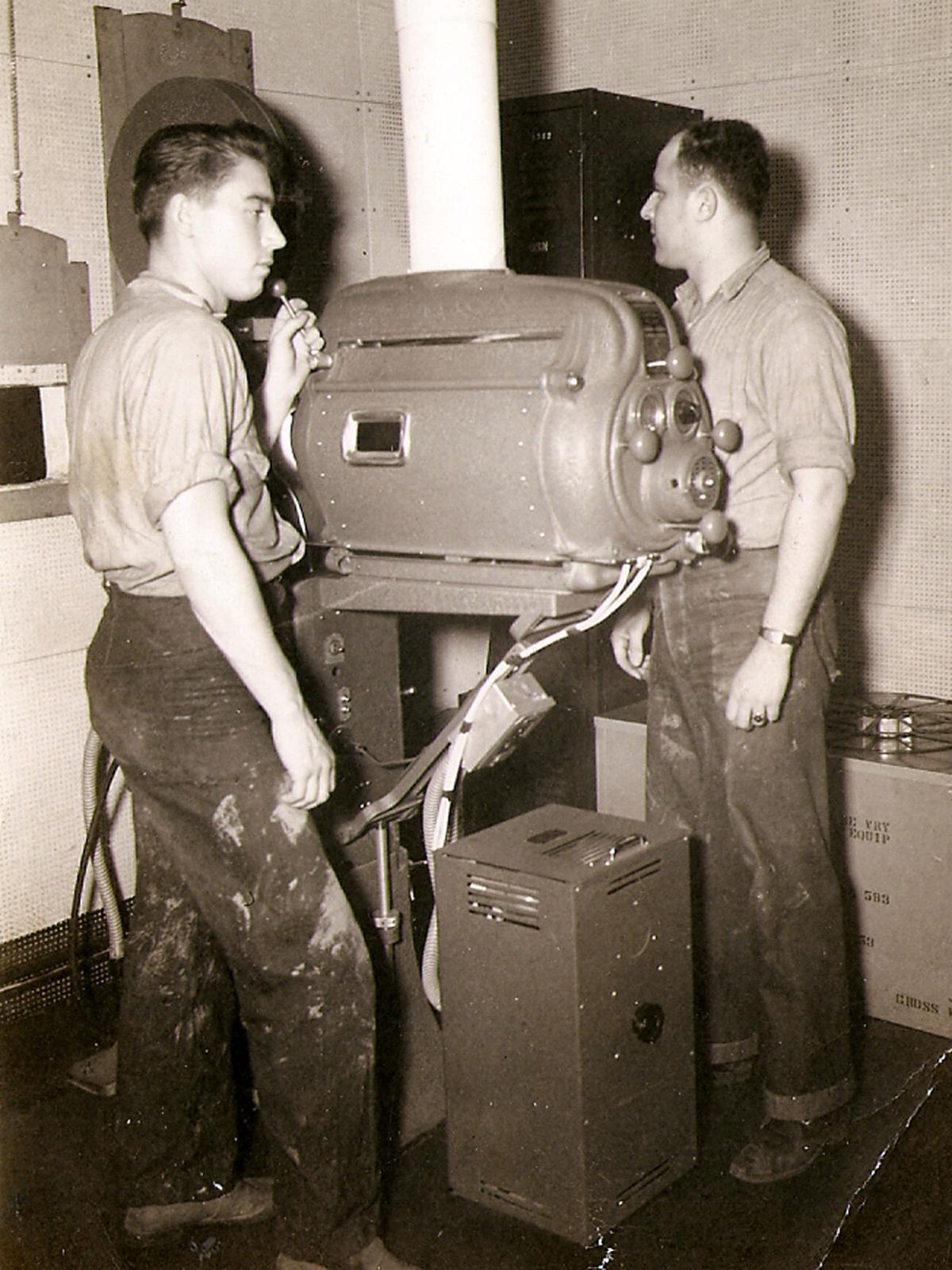 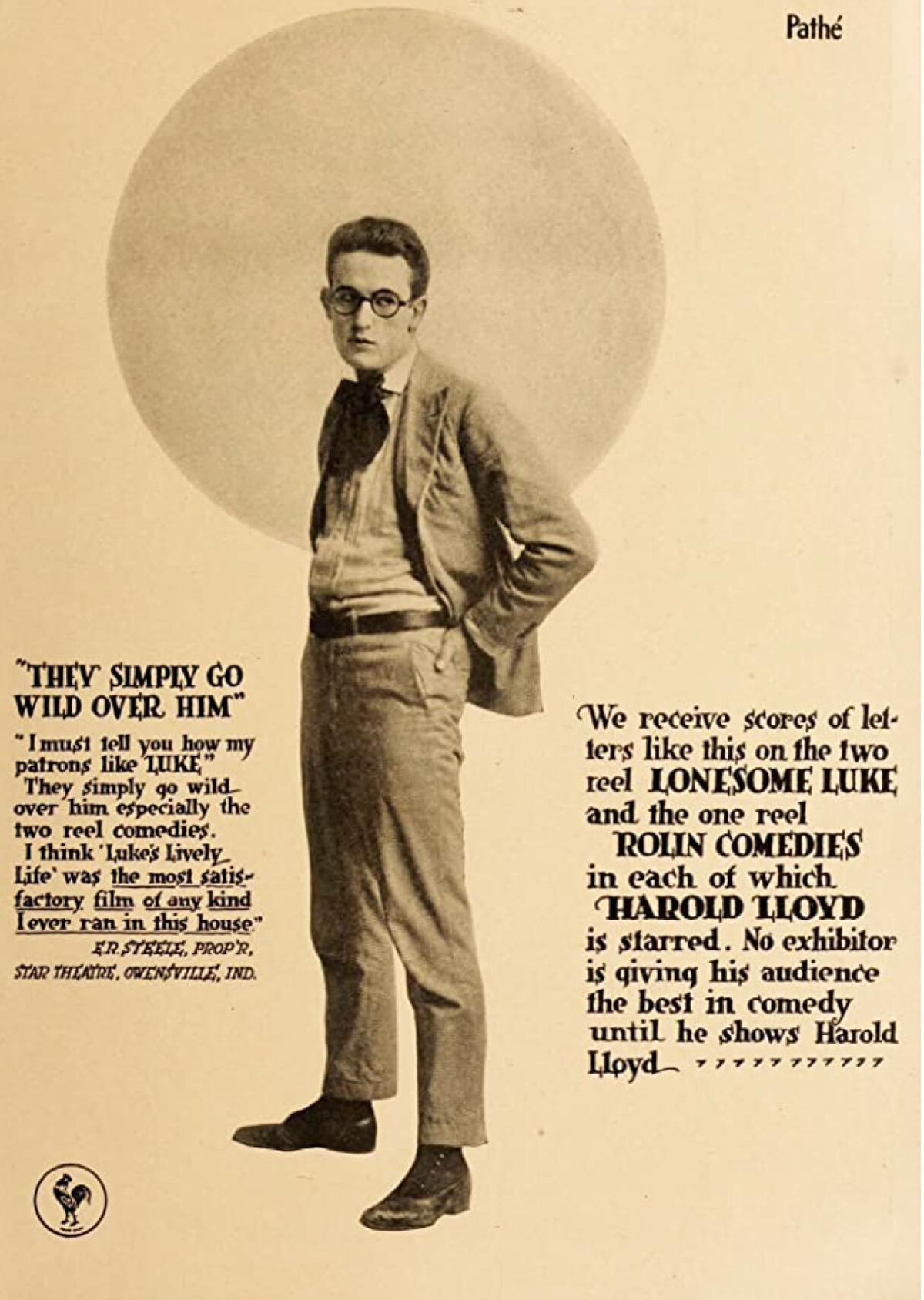 This is the poster for “Lonesome Luke’s Lively Life,” starring Harold Lloyd, a film that was rediscovered by Chad Hunter.

As the new executive director of the national nonprofit Video Trust, Mt. Lebanon resident Chad Hunter certainly has the pedigree.

“My grandfather was a film projectionist on an aircraft carrier in World War II,” he said.

“When they would go into port, they would trade old nitrate prints between ships.”

Years later, Jack Arthur would sit down in front of the television with his grandson.

“He had a love of film, and I remember growing up and watching old Westerns with him,” Hunter said. “So I kind of got exposed that way.”

Today, he leads an organization that has a more than four-decade history of helping strengthen film collections at libraries around the country.

“It brings together a lot of different parts of my background,” he said, and a look at his résumé shows the proverbial apple didn’t fall far from Granddad’s tree.

From working at an Ann Arbor video store while he was studying at the University of Michigan to serving as senior director of the Rangos Giant Cinema at the Carnegie Science Center, Hunter has covered quite a few bases when it comes to archiving, restoring, screening and promoting film as an art form.

As for Video Trust, its roots date back to 1978, when academic and public librarians joined with film distributors to organize a National Film Market that took place the following year. The event was the first of its kind, providing representatives from lending institutions the opportunity to view films and make purchasing decisions directly and immediately.

The conference, later called the National Media Market, has continued annually, with a shift toward a virtual format even prior to the COVID-19 pandemic. What now is known as Video Trust has expanded its focus to include professional development opportunities for its members through webinars and producing an industry journal to bring new films to the attention of libraries, and to address collection and archiving issues.

Also in the works is the Academic Libraries Video Trust project to provide preservation and access resources, such as addressing format obsolescence. Hunter gave the example of a library having purchased a videotape for its collection in the 1980s.

“That’s the only copy that they have, and over time, nobody wants VHS anymore, or the tape got worn out,” he said. “However, they have patrons who are still interested in seeing it.”

“Being part of that consortium, they can digitize and upload some of their materials to the server, and then when there are titles in their collection that they need to replace, they can download it and put it on DVDs or put in on their computers and share it with patrons that way,” Hunter said.

One of his top priorities as executive director of Video Trust is to guide its transition from a 501©(6) to a 501©(3) charitable nonprofit organization, which will allow it to receive tax-deductible donations and to pursue grants for the benefit of members.

“Many libraries lack the funding or technology to adequately build and preserve their film collections,” Hunter said. “Our goal is to remove those barriers, and to empower libraries to better share the powerful stories that cinema has to tell.”

Hunter’s own story features a couple of decades’ worth of endeavors along those lines, including an internship that later became a steady job at what now is the George Eastman Museum in Rochester, N.Y., which contains one of the world’s oldest film archives.

There, he worked on projects such as preserving personal home movies made by director Martin Scorsese and screen legend Joan Crawford, and he restored two silent films in the museum’s collection that previously were thought to be lost, including the 1917 short “Lonesome Luke’s Lively Life,” starring Harold Lloyd.

“That was sort of my foundation in the archival field,” Hunter said.

He later worked at Appalshop in Whitesburg, Ky., an organization that documents the Appalachia region in the words of those who live there.

“They have their rafters full with media after decades of making stuff, and so I went down and helped open up their archives,” he said, with his efforts including helping to secure grants and to build a climate-controlled vault.

Hunter also worked for WITNESS, an organization co-founded by musician Peter Gabriel with the vision that video technology can be used as a tool for the advancement of human rights.

Deciding to further his education, Hunter earned a master of arts management degree from Carnegie Mellon University. And while he was in Pittsburgh, he decided to settle in the area with his family.

In 2013, while serving as executive Director for the historic Hollywood Theater in Dormont, Hunter founded the Pittsburgh Silent Film Society, at first as an informal Facebook group. Through a grant, he was able to launch “Silents, Please,” a monthly film series at the Hollywood.

“It was just really, really fun,” he said. “We had at least 100 people for each show, which for silent films is pretty good.”

The society is in the process of developing a new annual silent film festival to be held in Pittsburgh following the COVID-19 pandemic, likely in the winter of 2021-22. The festival will be held over three or four days, and will include roughly six to eight silent programs with live musical accompaniment.

In the meantime, Hunter is concentrating on steering the future course for Video Trust.

“I am pleased to be able to bring some fresh ideas and connections to the organization,” he said.