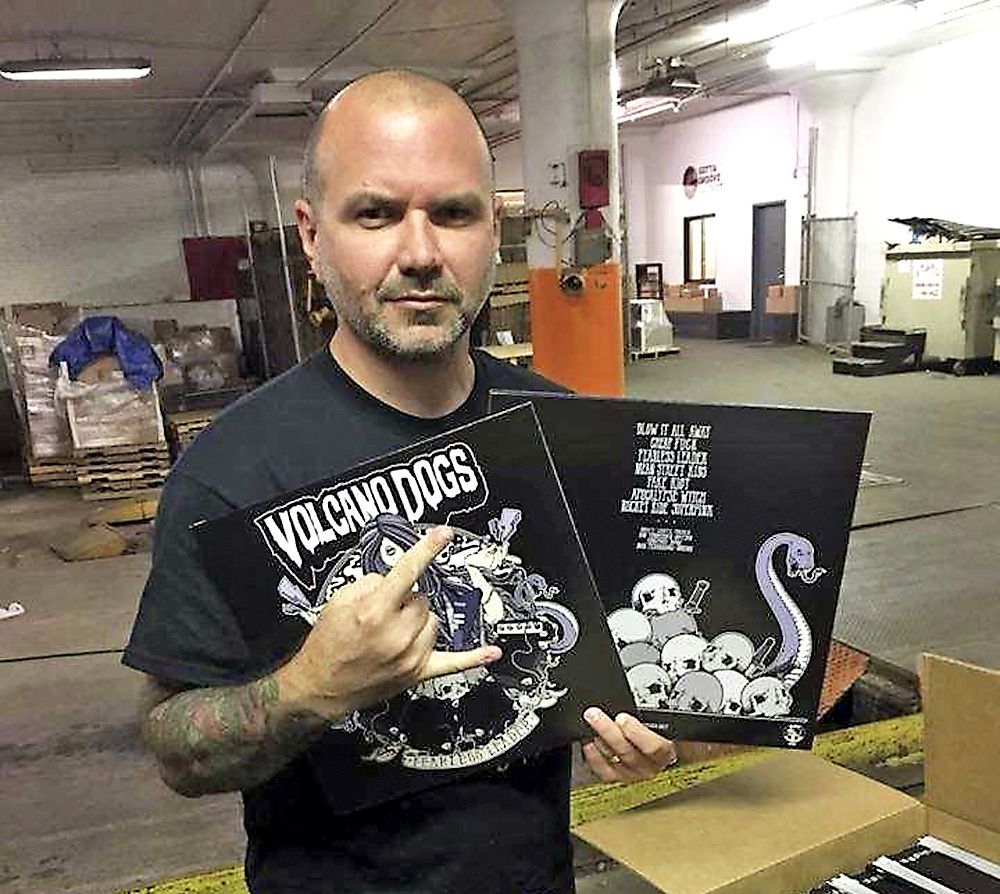 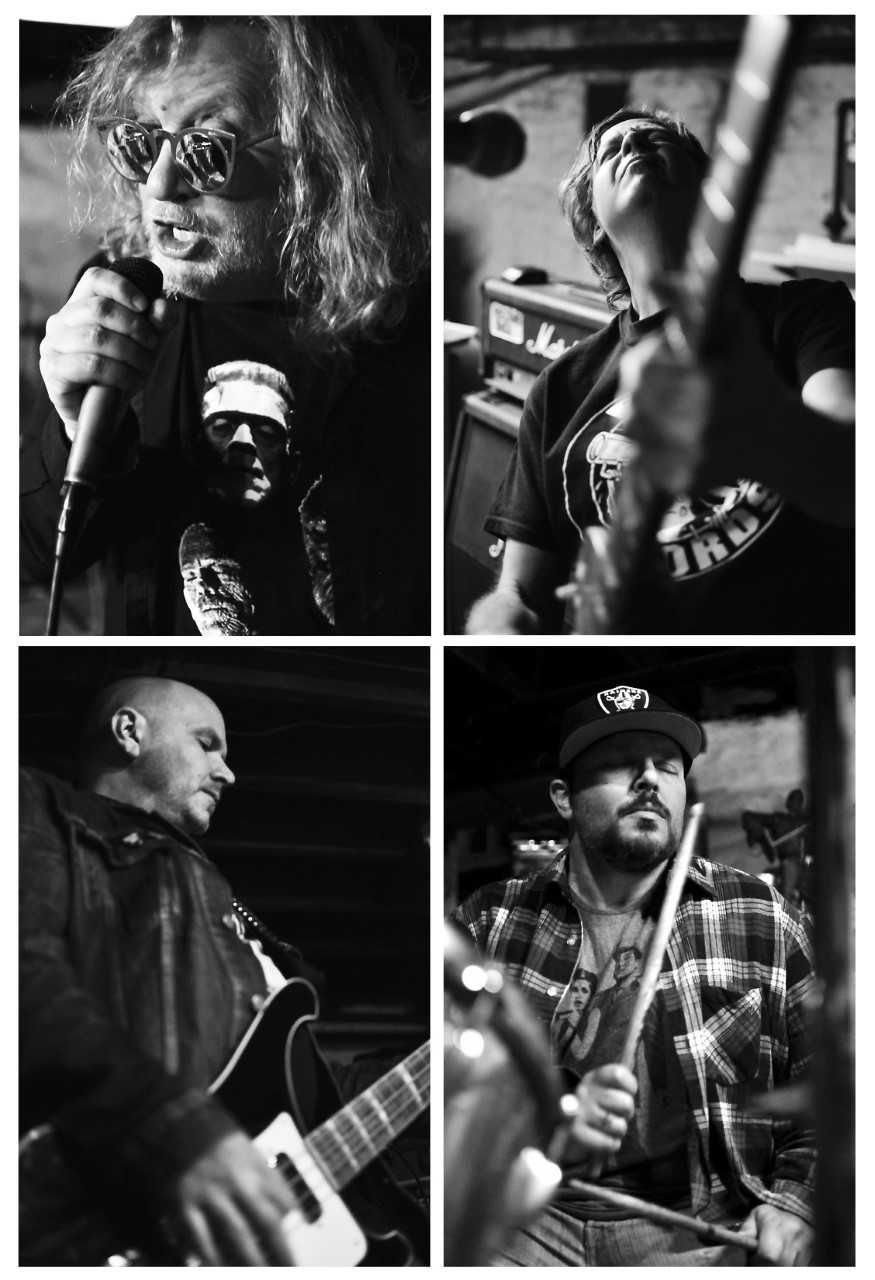 Influenced by legendary bands like AC/DC, The Stooges, Motorhead and The Ramones, Volcano Dogs are fueled by denim, leather, booze and a large dose of volume.

The band is celebrating the release of its second album, “Fearless Leader,” now available at various record stores throughout Pittsburgh and as a digital download, with a release party at Howlers Café in Bloomfield Dec. 15.

“It was a long process but it paid off,” bassist and Mt. Lebanon resident Dan Ford said of recording the album at Plus Minus Recording studio on Pittsburgh’s South Side. “We did it live. If there was a mistake, we did it over again.”

Ford and his bandmates – guitarist Rob Tabachka, vocalist Bruce Lentz and drummer Max Terasauro – stayed true to their roots, even in the studio where some bands take advantage of digital technology with punch-ins and overdubs.

“We were all in the same room playing and looking at each other while we were recording,” Ford said. “We wanted to keep the live energy we have during our practices and at our shows. I love the new record. It’s really aggressive with a lot of attitude.”

Volcano Dogs formed three years ago, but Ford, who works as a construction estimator during the day, joined the band nearly two years ago even though he’s been friends with his bandmates for quite some time.

“If you grew up around Pittsburgh, you hung out at the same record stores and you saw the same faces,” Ford said. “We’d get together over beers and chat about music, but I had never heard any of their music. They gave me their debut album to learn some songs, and I liked what I heard.”

Ford said it’s the band’s diversity that accounts for the group’s chemistry.

“We’re all different people but we have similar interests,” Ford said. “Rob will have a killer guitar riff but I’ll make it meaner because I bring a more heavy metal approach to the band. Bruce brings the punk rock attitude, and Max brings a garage rock approach to the band. It’s fun music to play.”

Ironically, Ford, 44, took a decade off from playing music while he and his wife raised three children. But, the lure of rock and roll was too great for him to resist.

“With three kids at home, there was no way I was going out to play shows,” Ford said with a laugh. “I thought those days were over, but I got the itch again. There’s nothing better than blazing on a cool riff and looking at your buddies and knowing you’re all in the same place.”

The Volcano Dogs release party is at 9 p.m. Dec. 15 at Howlers Café with Sulaco, Turbo Lovers, and The Cheats. For more information, visit www.volcanodogs.bandcamp.com.