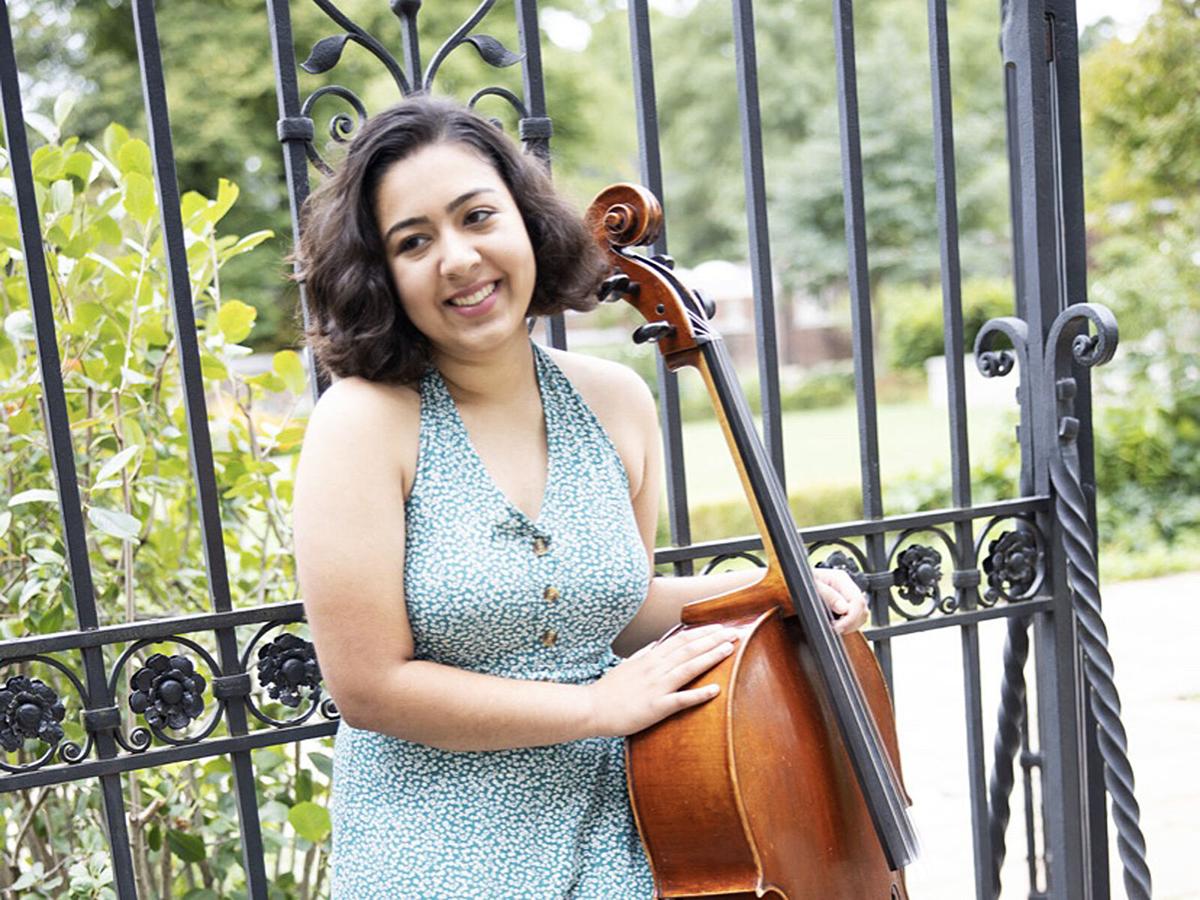 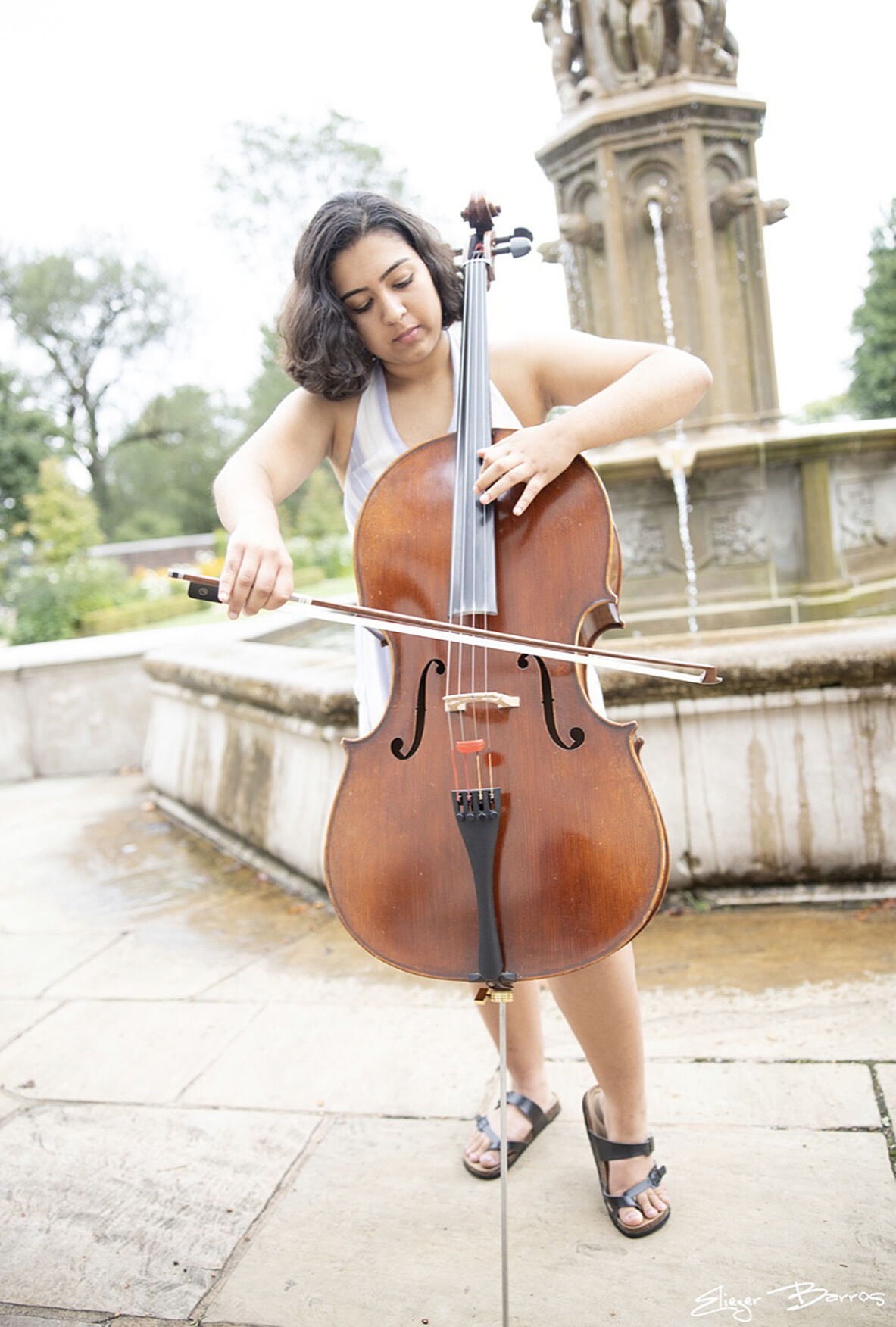 Aspiring musicians at a Pittsburgh school had a special reason to thank goodness for Fridays, thanks to a Mt. Lebanon Girl Scout and her classmates.

Emma Chothani earned her Gold Award, the highest achievement in Girl Scouting, in part by leading a music-tutoring program at Westwood Elementary School, located in the city neighborhood, just north of Green Tree Borough, for which it is named.

The tutoring sessions represented Emma’s Take Action project, a requirement for the Gold Award that addresses needs within the community.

“I knew I really wanted to do something with music for my project, so I reached out to some people with the Pittsburgh Symphony Orchestra Musicians Care Fund,” she said. “They already do partnerships with Pittsburgh Public Schools and other schools that have faced budget cuts to their music programs.”

Officials from the fund recommended Emma contact Marylou Bushyager, a music teacher for several city schools, who helped set up the tutoring sessions.

“She said that students probably wouldn’t be able to stay after school for extra lessons, so I’d have to go during the school day,” Emma said.

The program started in October, and two months later, the high schoolers performed alongside the elementary musicians during their annual December concert.

“We were supposed to do that again in the spring, but obviously that got cut short because of COVID,” Emma said.

So did her senior year, at least as far as actually being in school as opposed to learning remotely. She had served as Class of 2020 Council vice president for three years and was chairing Mt. Lebanon’s Mini-THON, which raises money to support families fighting pediatric cancer, prior to that event’s cancellation.

Plus Emma had been selected as junior commissioner, an opportunity provided by the municipality for students to learn firsthand about their local government, for the second semester of the school year. But the suspension of live Mt. Lebanon Commission meetings because of COVID-19 meant she was able to attend only a few in person.

“It’s all good,” she said. “Overall, it’s just on to a new adventure, trying to get to college.”

Actually, she is enrolled at McGill University and taking classes online, again as a result of the pandemic. The Montreal school is one of Canada’s oldest and most prestigious, and crossing the border isn’t possible at the moment.

Emma hopes to be able to begin studying at McGill next semester, in time for the bicentennial of the university’s founding. In the meantime, she has applied for a program in Montreal that is similar to what she led at Westwood.

“They’re going to do Zoom lessons, so I can do it from here,” she said.

Regarding her decision to further her education at McGill, Emma cited her field of study.

“They have an excellent environmental program. They have so many sustainability clubs, and all their food is sustainably sourced. So it really was an excellent fit for me,” she said. “I really want to be somewhere very diverse, where I can meet people from all over who are so different.”

That being said, Montreal is only about a nine-and-a-half hour drive from Pittsburgh, when she gets the green light.

As far as playing music, Emma has been doing so basically for as long as she can remember. She started taking piano lessons at age 2 and began playing cello in third grade.

At some point in between, she first joined Girl Scouts, keeping with it for 12 years, most recently as an ambassador, as members in 11th and 12th grades are known, with Troop 50287.

Emma thanks Laura Teufel, troop leader, and Karen Schmidt, her Gold Award mentor, in helping with her lofty achievement. And by extension, the music-minded youngsters at Westwood Elementary thank everyone involved, too.