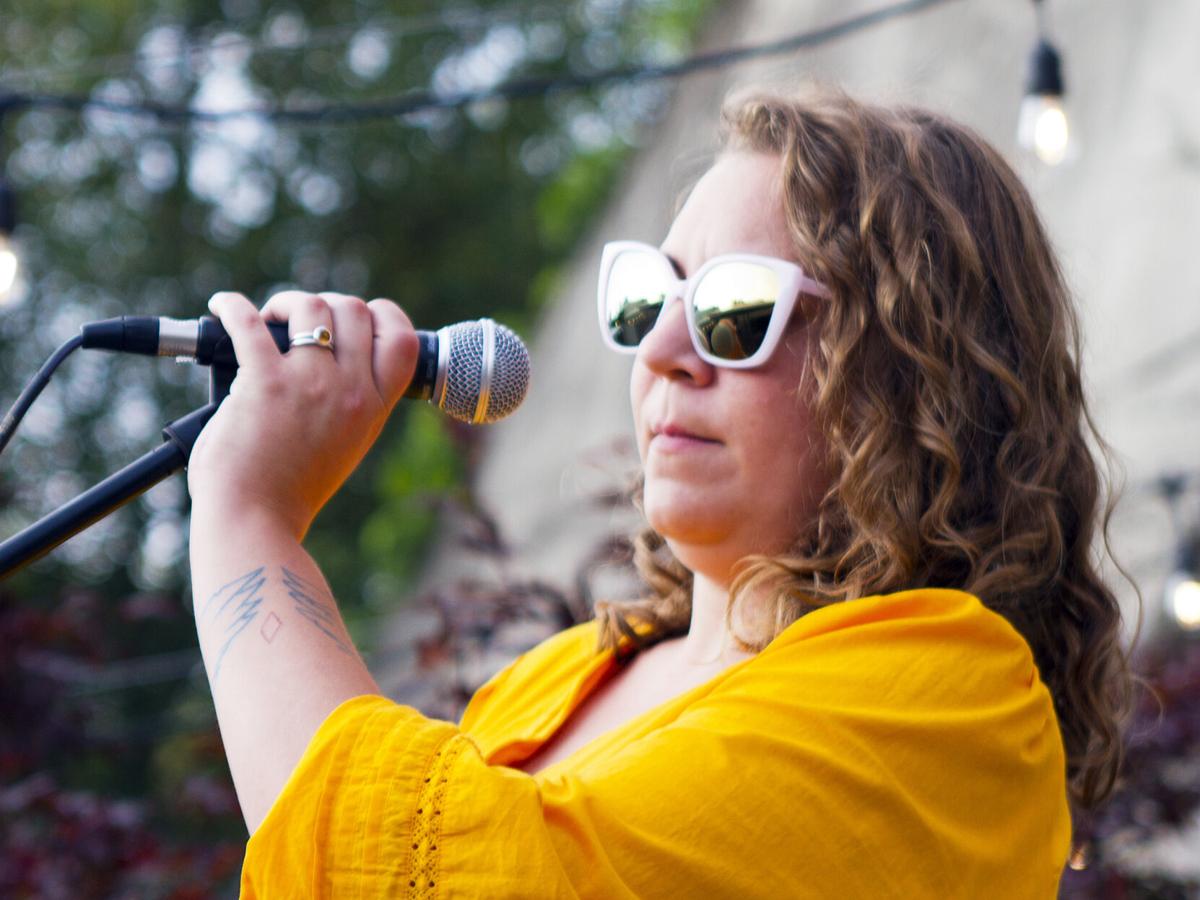 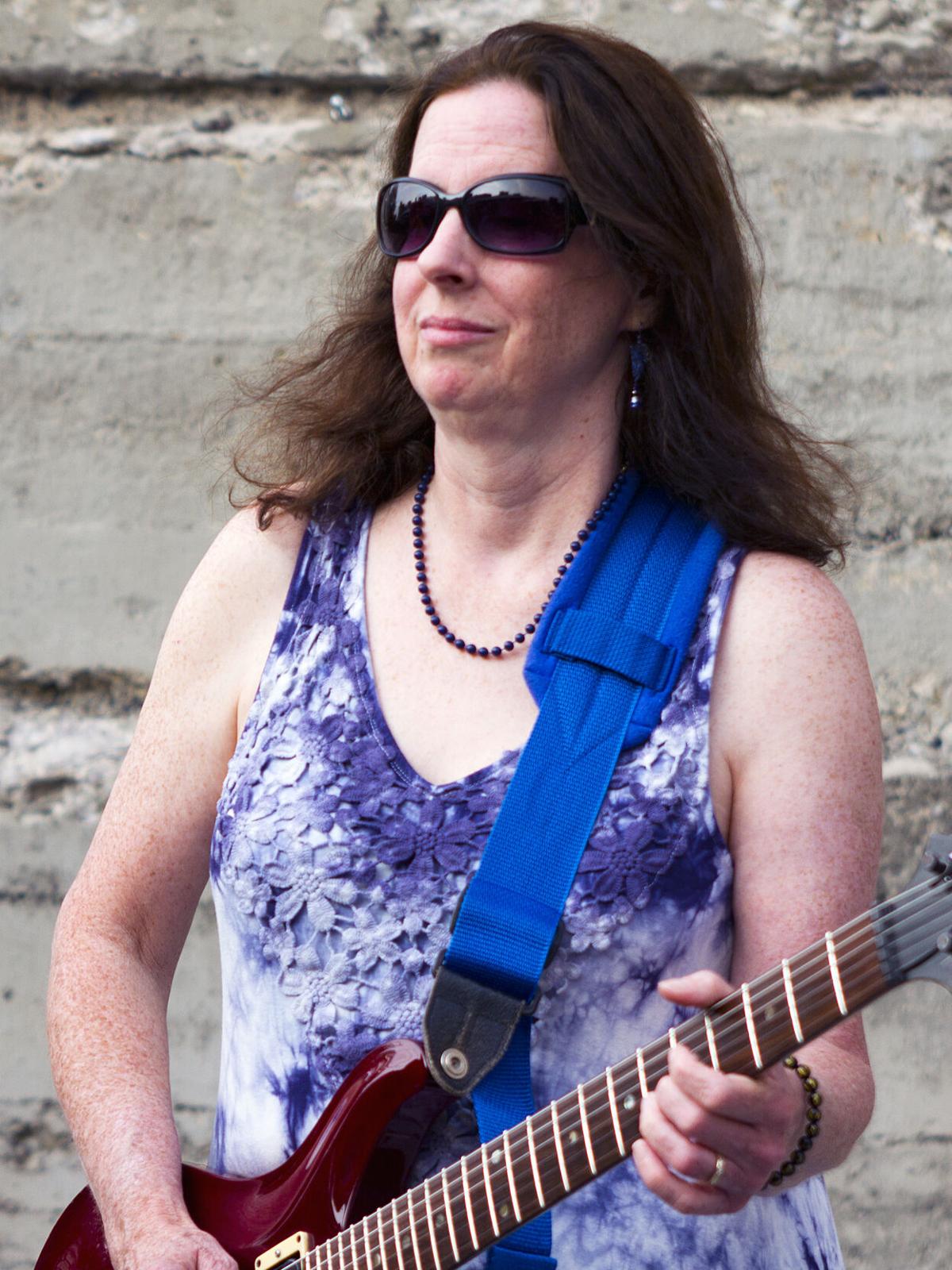 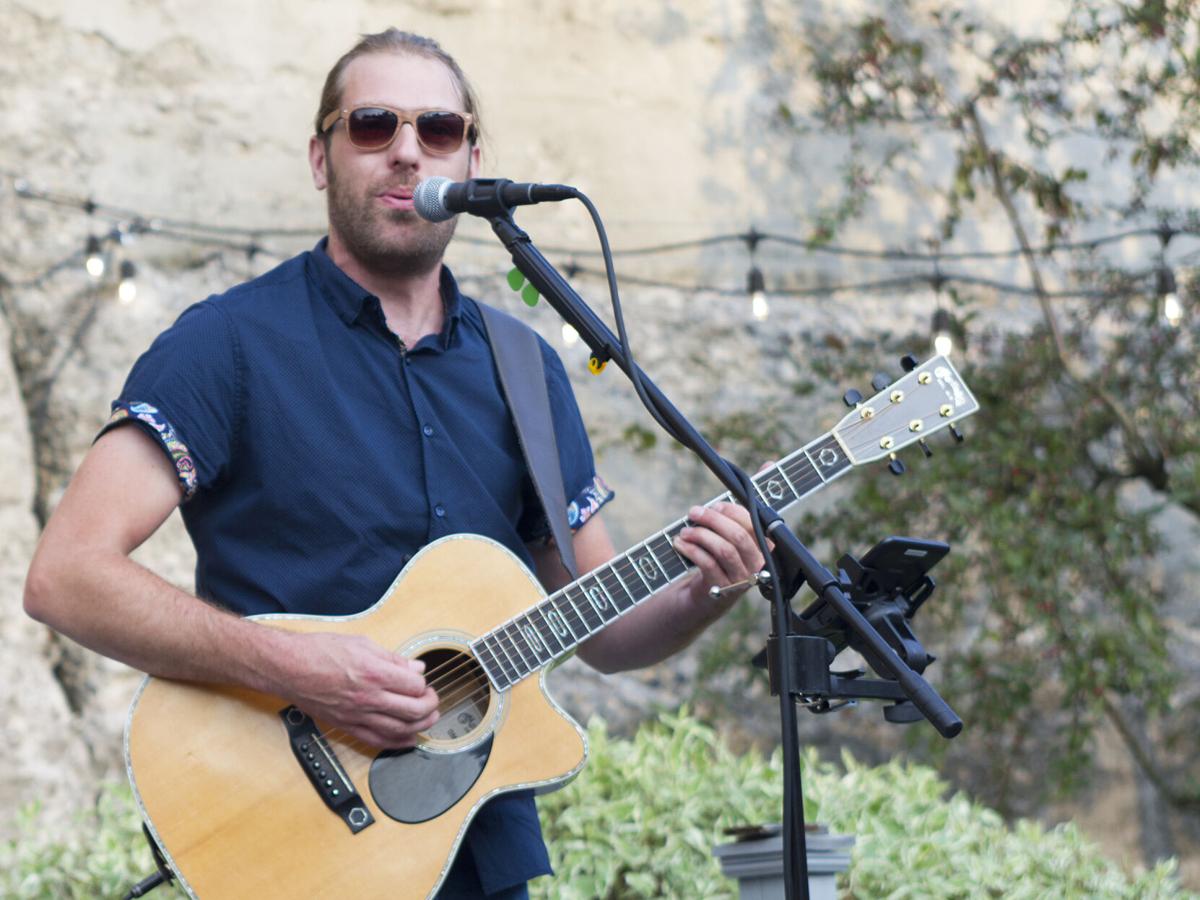 Alex Talbot takes a turn at the microphone during the Jerry's Birthday show. 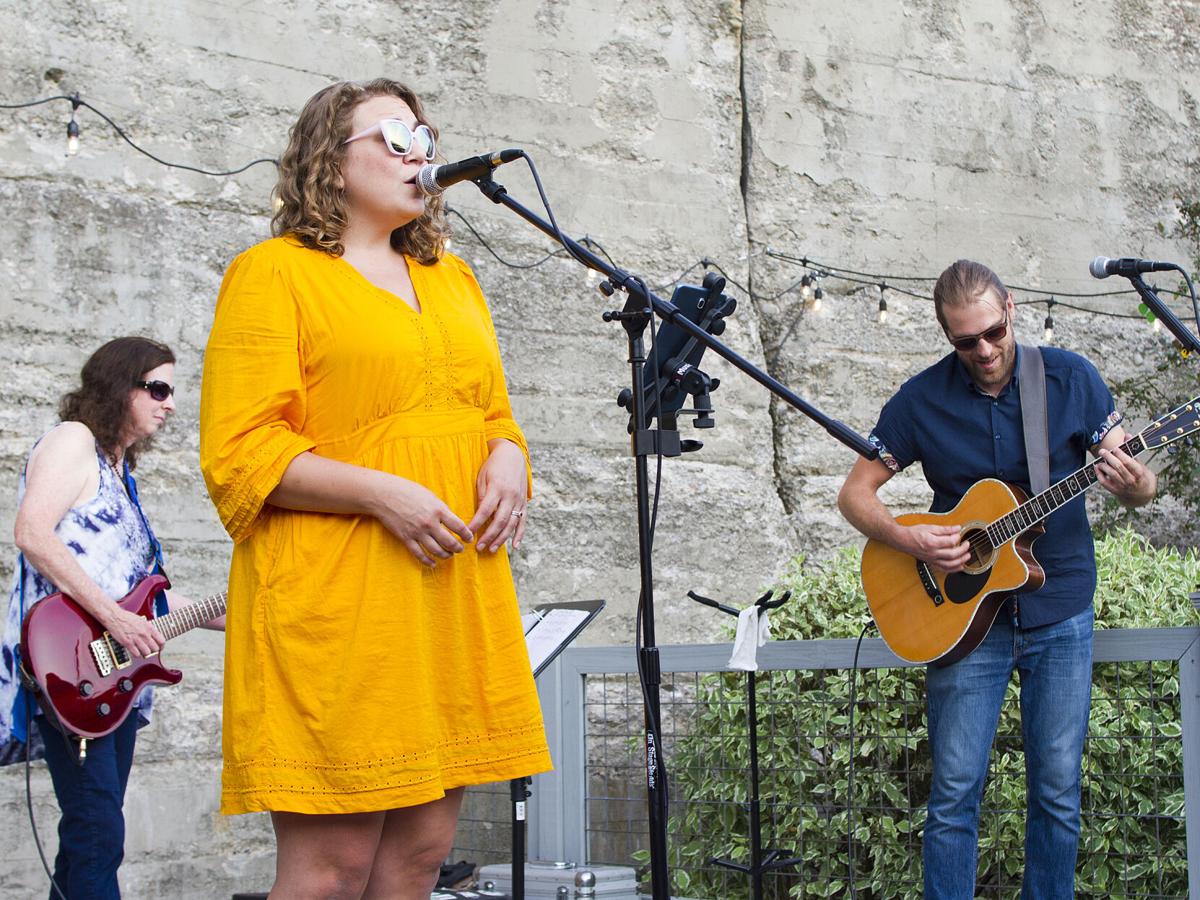 From left are Patti Spadaro, Al Reiber and Alex Talbot 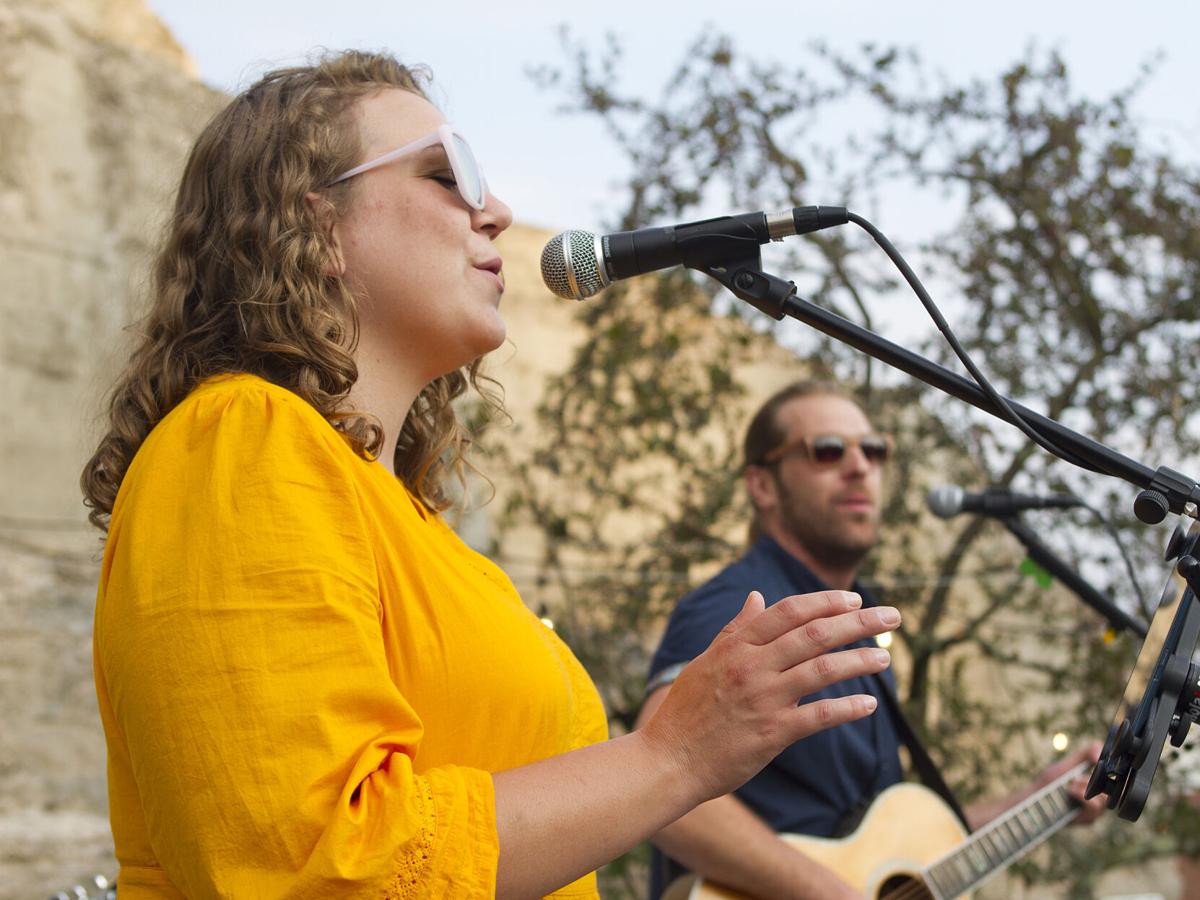 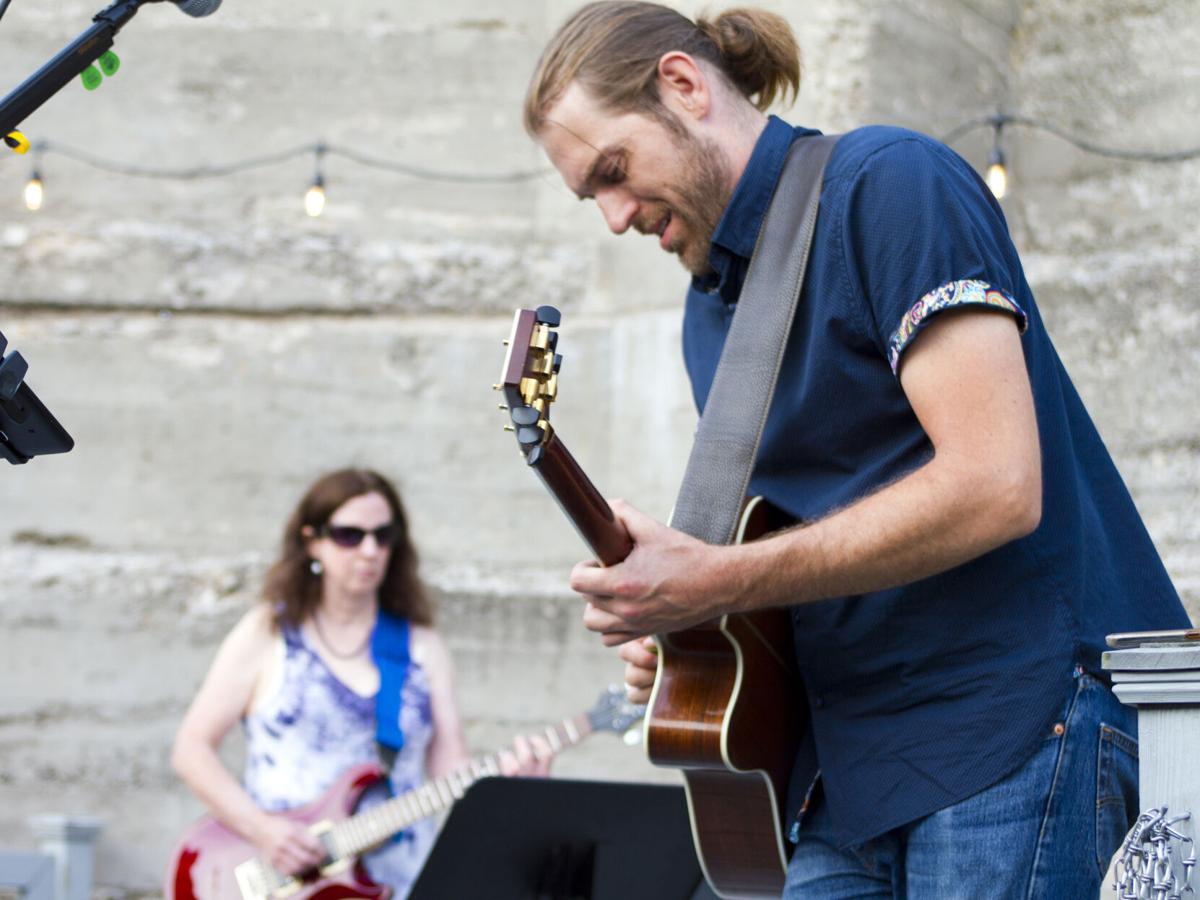 Alex Talbot takes a turn at the microphone during the Jerry's Birthday show.

From left are Patti Spadaro, Al Reiber and Alex Talbot

They refer to becoming a Grateful Dead fan as getting on the bus, and Al Reiber was aboard from practically the time she was born.

“The Dead was just like a go-to for the family. When we were on a car trip, we would listen to Paul Simon and the Dead and all kinds of good music,” she said. “My parents have very good taste.”

So although Al was just a youngster at the time, she was saddened to learn of the death of the band’s best-known member, Jerry Garcia, on Aug. 9, 1995.

As it turned out, he died just eight days after his 53rd birthday and would have turned 79 this Aug. 1.

Reiber, who has parlayed the influence of her parents’ musical taste into singing professionally, celebrated the occasion by performing a Jerry’s Birthday show at Spoonwood Brewing Co. in Bethel Park, joining guitarists Alex Talbot and Patti Spadaro.

Talbot, who frequently performs at Spoonwood, has an act with Reiber called Al & Al, actually is the one who encouraged the younger vocalist to display her talents in front of audiences.

“I’ve always really liked to sing, like in my car and the shower, because those are really safe places to sing,” she said.

Then she met Talbot at a party at which he was playing, and a friend of Reiber’s told him: “I heard her singing Pink Floyd in my car, and it sounded really good. So we’ve got to get her up there.”

Reiber – she goes by a shortened version of her first name because of the Simon song “You Can Call Me Al” – proceeded to belt out John Prine’s “Angel from Montgomery.”

“After that night, I was on four stages in five days with Alex,” she recalled. “It took a lot of learning to be onstage without being nervous, realizing that it’s not about me. It’s about the music.”

Regarding the music of the Grateful Dead, Amwell Township resident Spadaro has been performing songs from the band’s repertoire for decades, after seeing them live for the first time in the 1980s.

While working as a professional musician in the Los Angeles area, she and her band recorded an album, “Short Stay,” with the title track serving as a tribute to Garcia. In 2010 – having settled in Washington County with her husband, John, and two daughters – she released another album, “Bringing Me Back.”

The Spoonwood performance brought her back to playing alongside Talbot.

“I’ve known Alex for years, and every once in a while, we’ll get together and play, just the two of us or in other musical situations,” she said. “Alex and I have this space where we just kind of listen, and I think the Dead did that so much.”

Their mindfulness of what the other one is doing on guitar – Spadaro on electric and Talbot on acoustic – translated into skillfully executed instrumental breaks on such stretch-outable Dead tunes as “Eyes of the World” and “Here Comes Sunshine,” plus songs Garcia enjoyed covering in his own bands, including Jesse Stone’s “Don’t Let Go” and Norton Buffalo’s “Ain’t No Bread in the Breadbox.”

As often was the case with Garcia and fellow Grateful Dead guitarist Bob Weir, much of what Spadaro and Talbot played was improvised.

“I always just loved the ‘it’s different every time’ aspect,” Talbot said about his interest in the band. “And you kind of strive for that: Well, I’m coming up to this part of the song and I play a certain riff. I’m going to try to change it this time. So therefore, you’re never in a box artistically. You’re always searching outside of the box.”

Just like his Jerry’s Birthday bandmates, Talbot got on the Dead bus as a relative youngster. He was 12 when his older brother took him to the band’s final Pittsburgh show, June 30, 1995, at Three Rivers Stadium.

“My mother thought he was taking me to the movies,” Talbot said, and he remembers his brother telling him, “If I lose you, after the show you sit underneath the ‘B’ at Gate B, and I’ll find you and drive you home to Mom.”

“Ten minutes after the show started,” Talbot added, “I lost him.”

But obviously, Plan Gate B ended up working.