Skip to main content
You are the owner of this article.
Edit Article Add New Article
You have permission to edit this article.
Edit
Welcome, Guest
News
Sports
Life & Culture
Events Calendar
Lottery Results
Fish Fry Map
Weather
Sponsored Content
Classifieds
e-Edition
South Hills Living
Get Our Newsletter
Get the Almanac
Advertise With Us
Submit Content to The Almanac
Contact Us
About Us
1 of 8 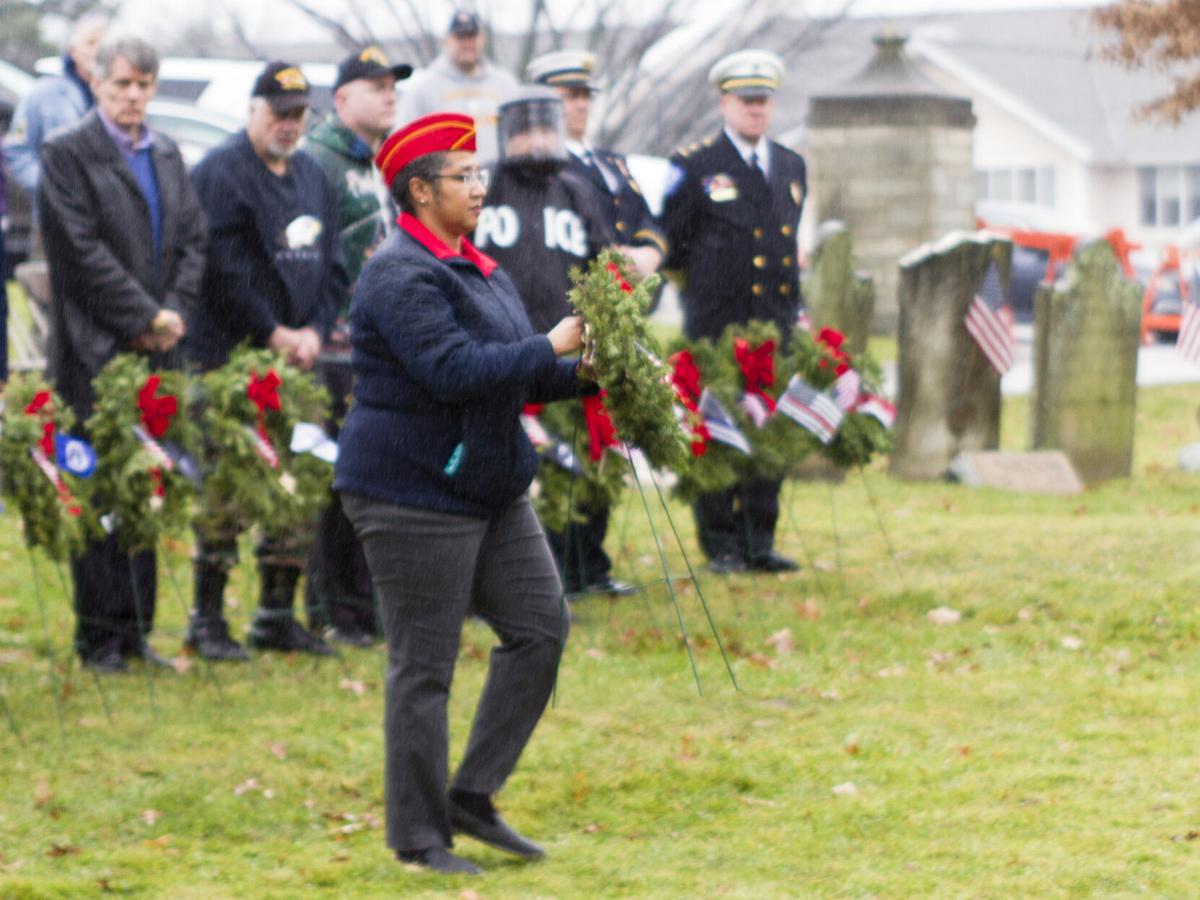 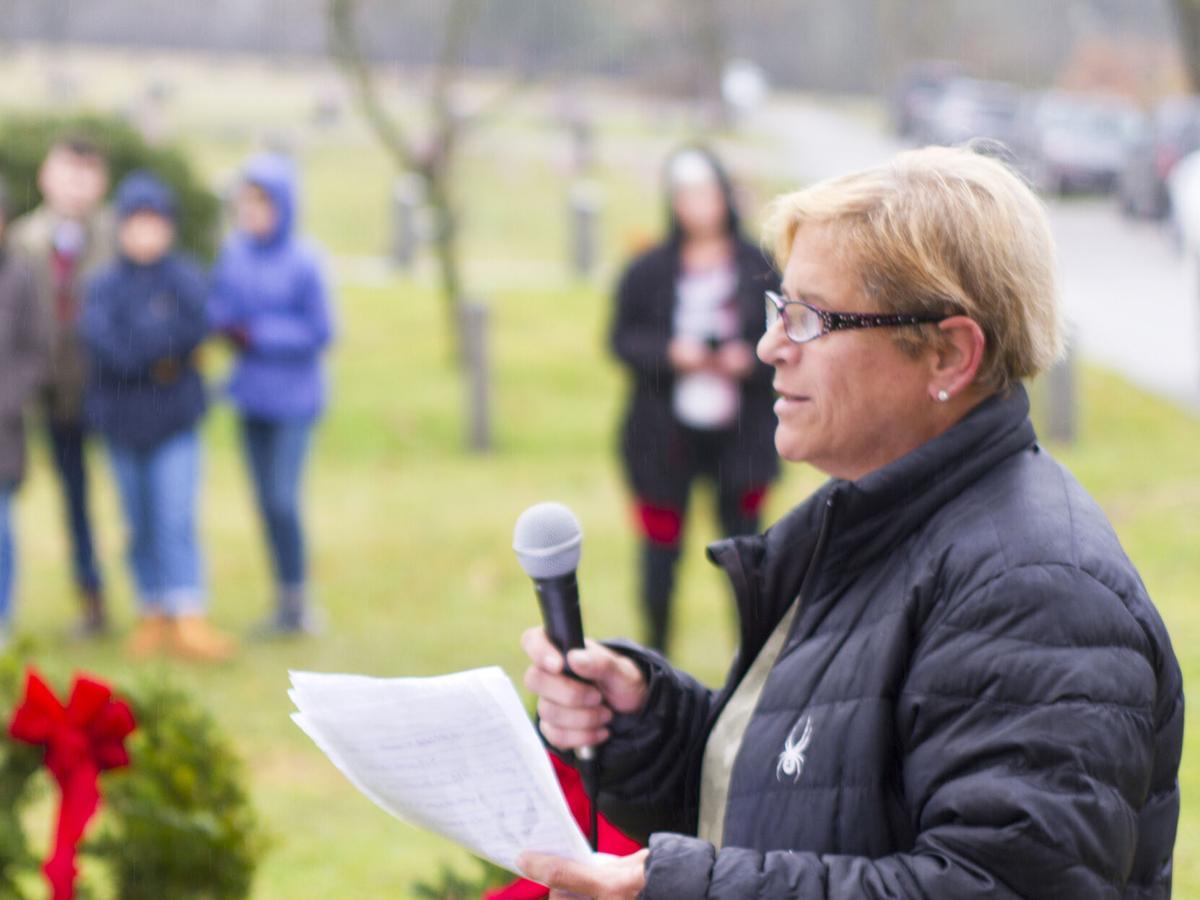 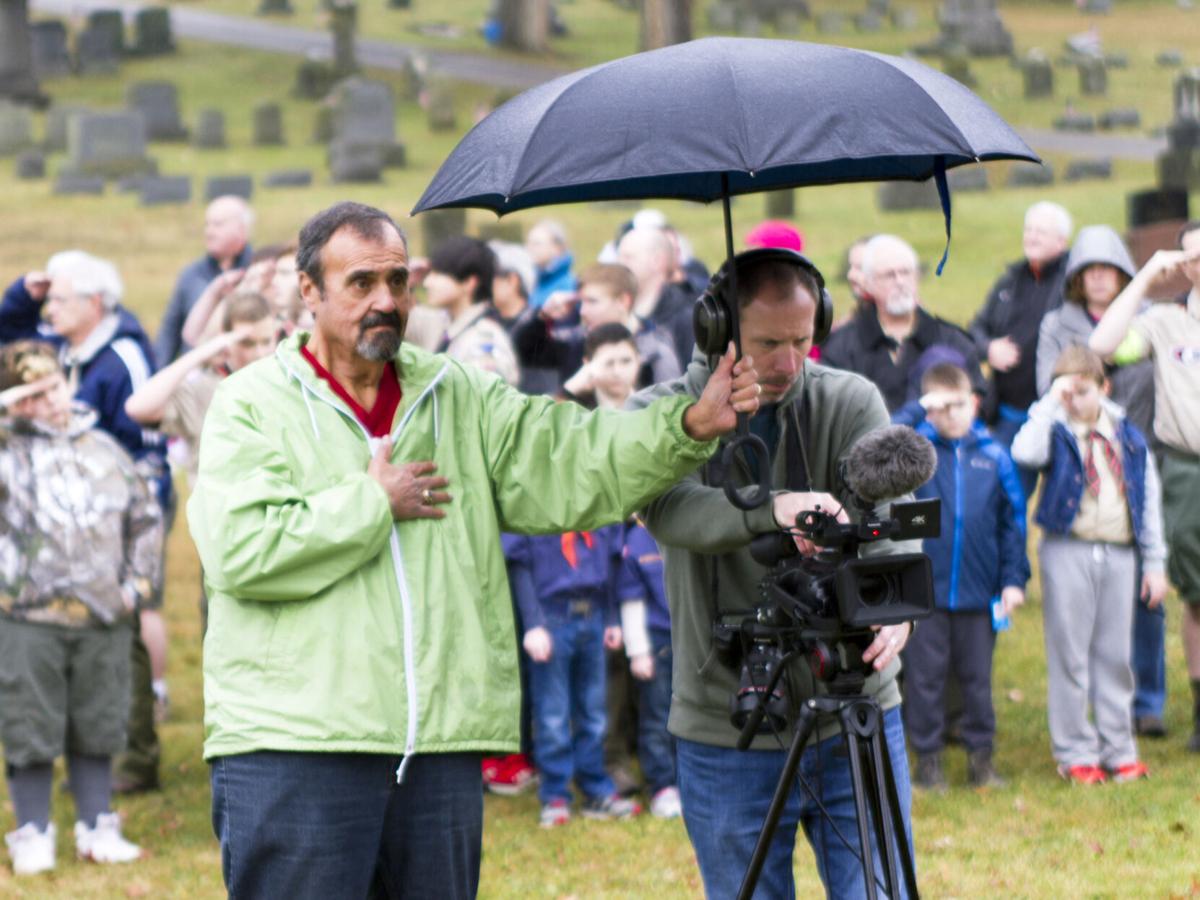 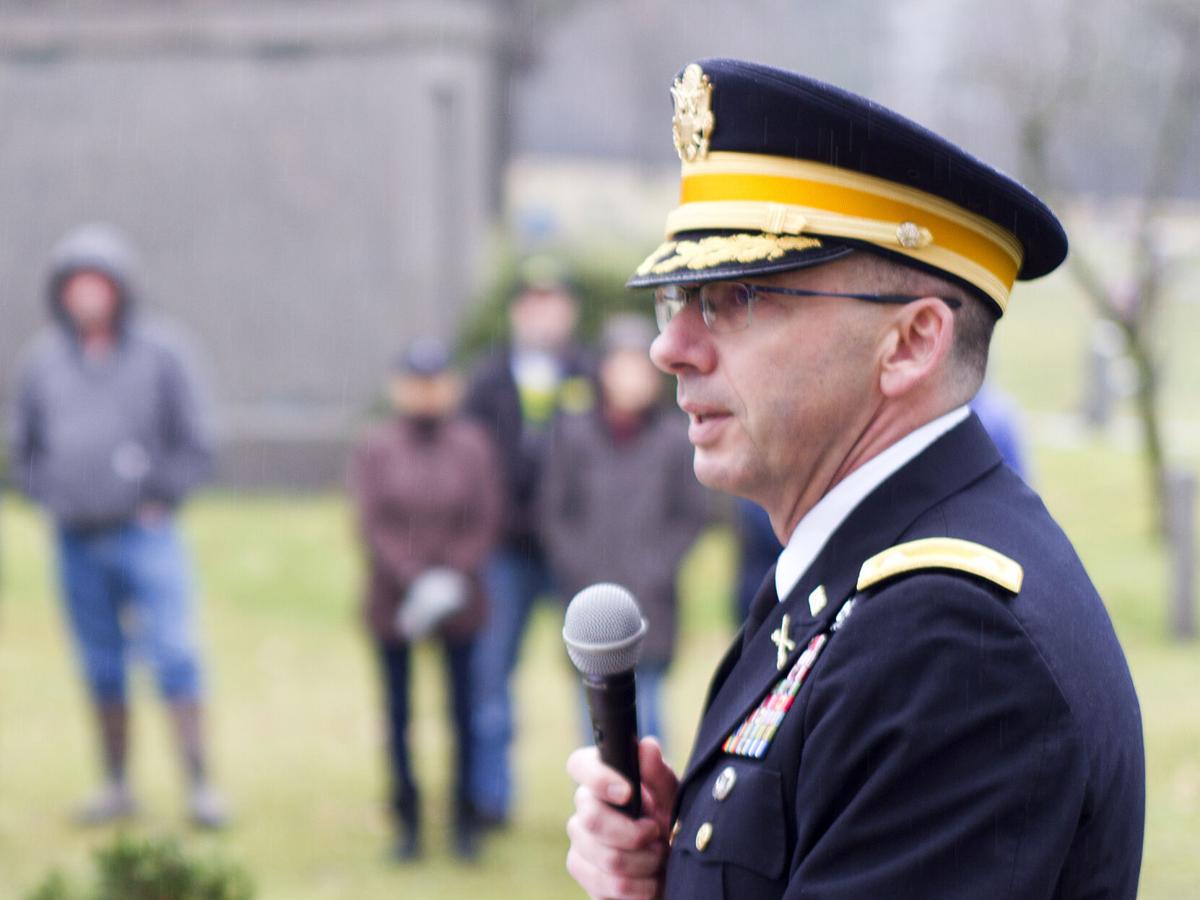 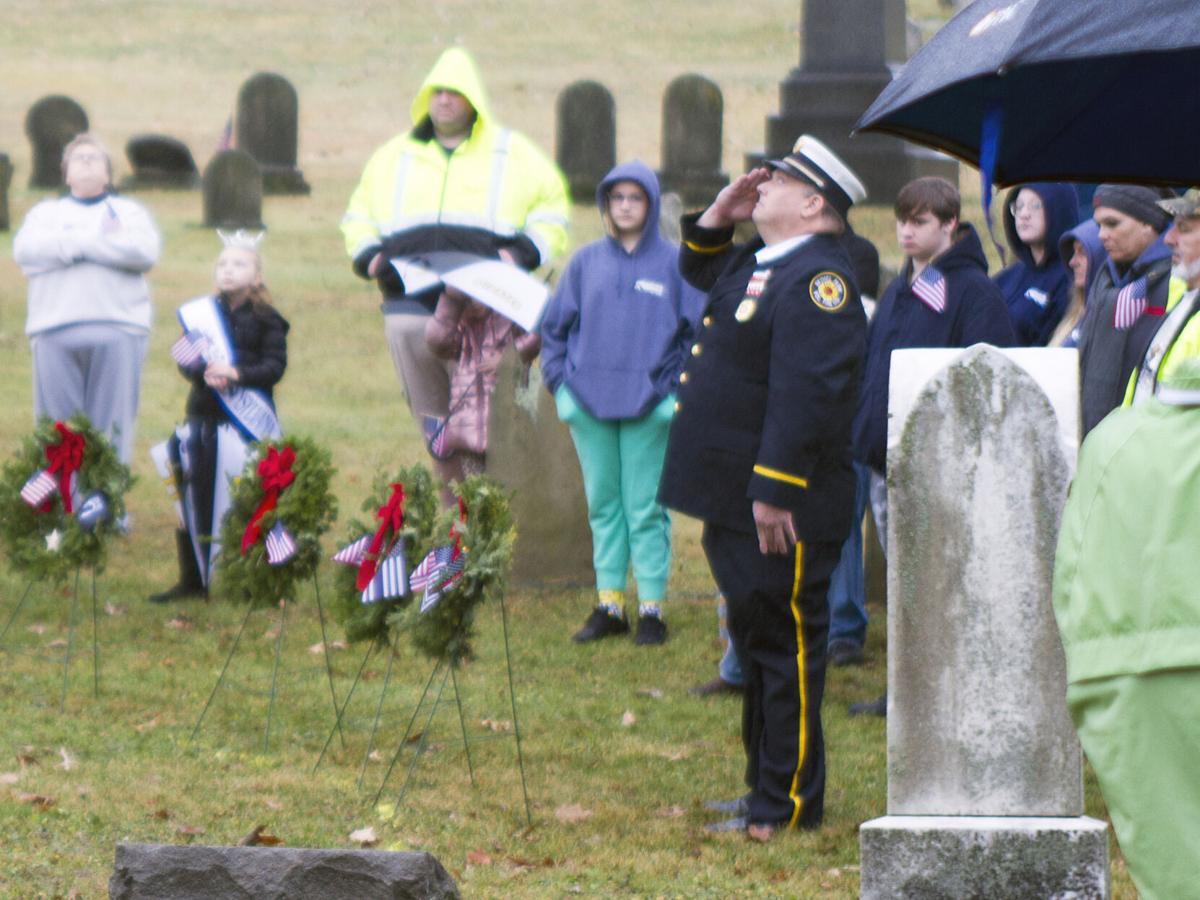 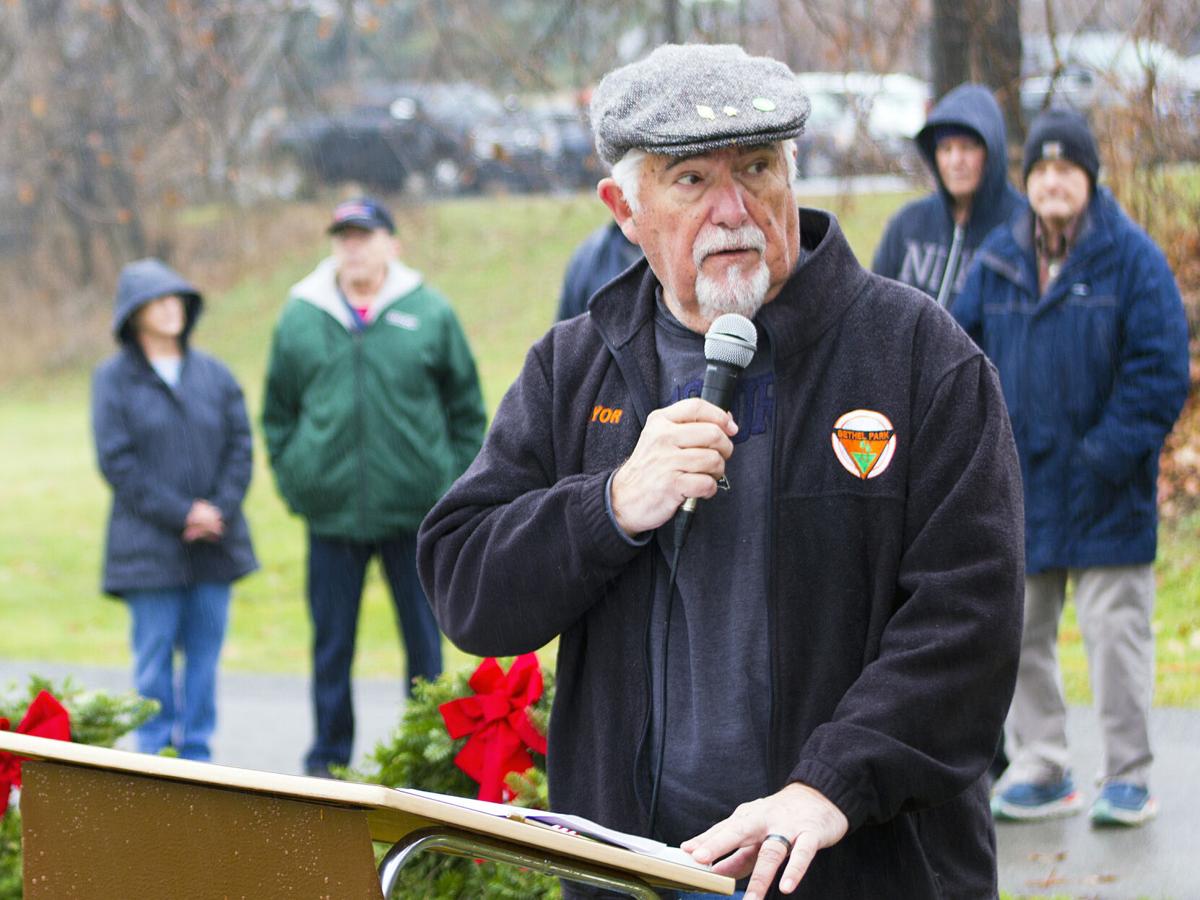 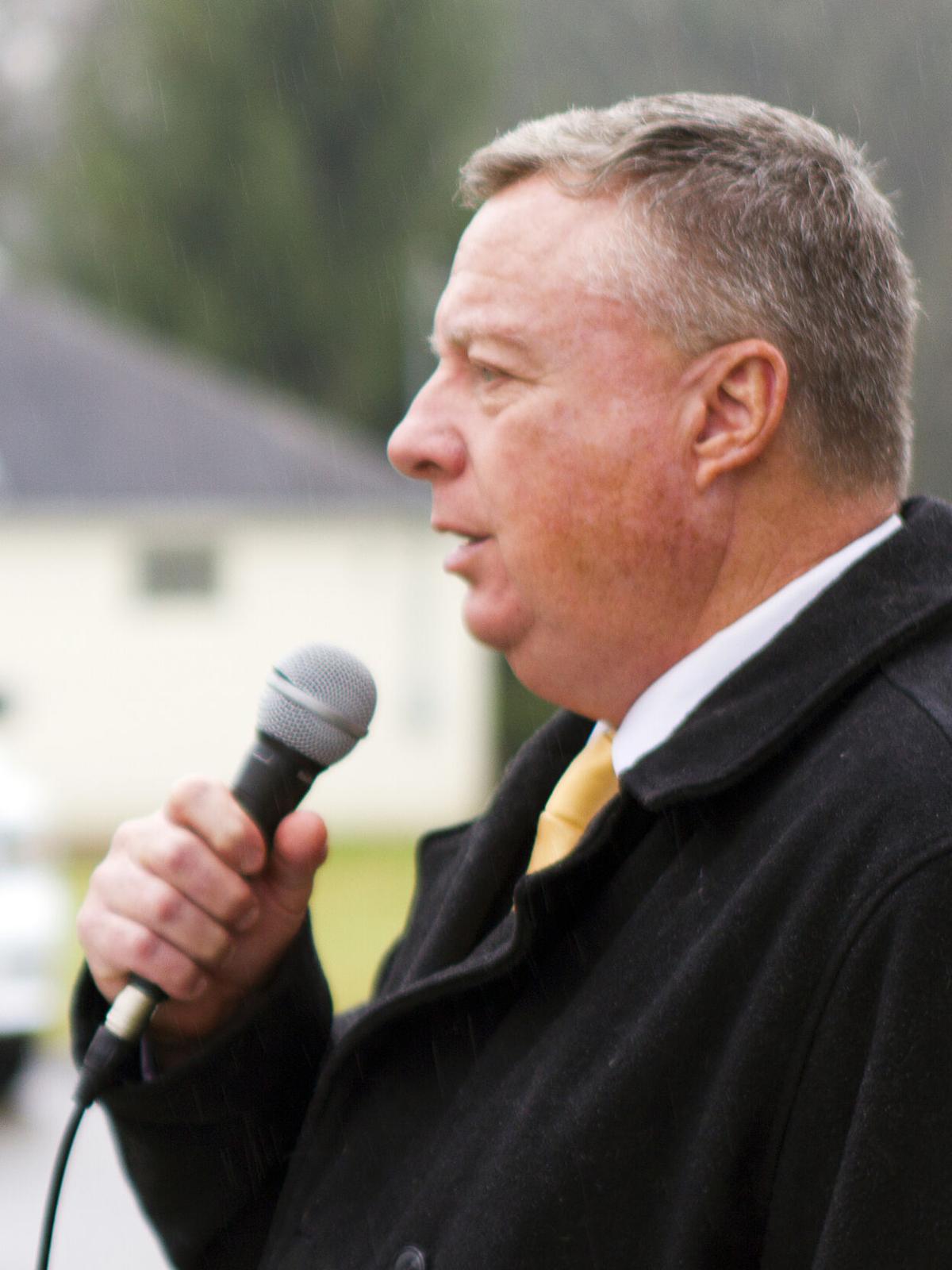 Bethel Park Councilman Mark O'Brien sings the National Anthem, as he does for many municipal events. 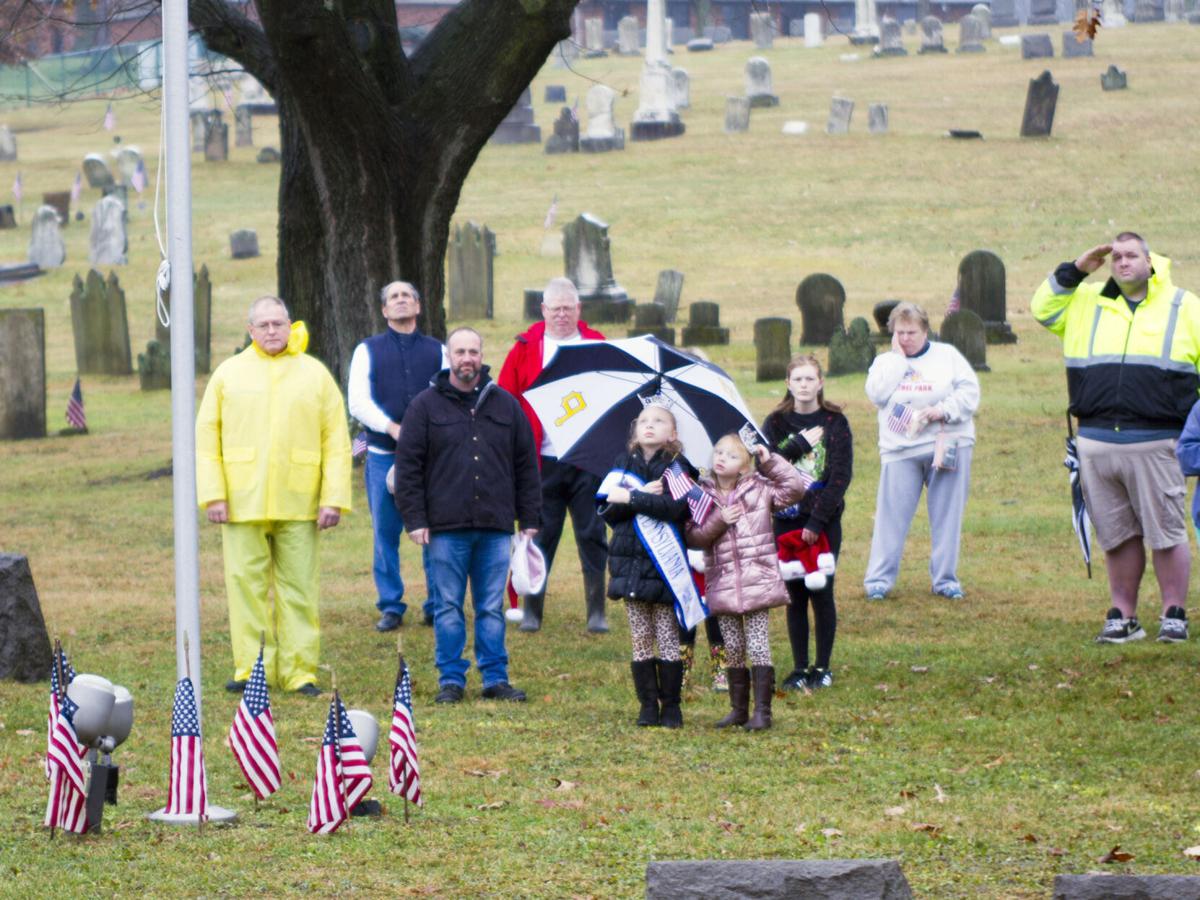 Patricipants in the Wreaths Across America observance at Bethel Cemetery stand at attention during the singing of the National Anthem.

Bethel Park Councilman Mark O'Brien sings the National Anthem, as he does for many municipal events.

Patricipants in the Wreaths Across America observance at Bethel Cemetery stand at attention during the singing of the National Anthem.

More than 500 veterans are buried in Bethel Cemetery, some as far back as having served during the American Revolution.

With that in mind, members of the Bethel Park Historical Society chose the cemetery as an appropriate site for the municipality’s first National Wreaths Across America Day observance, held Dec. 18 in conjunction with more than 2,000 similar events.

“Thank you all for joining us here today as we celebrate the mission to remember the fallen, honor those who serve and their families, and teach the next generation the value of freedom,” said historical society member Lisa Jenkins, who led the organizing the observance, in welcoming guests.

“This community has come together wholeheartedly to support this event,” she continued. “Thank you to each and every one of you who sponsored a wreath for us.”

Many of those in attendance volunteered to lay the wreaths at veterans’ graves, following a ceremony during which municipal manager Laurence Christian, a retired Army lieutenant colonel, served as featured speaker.

“The United States of America was founded on the ideals of freedom, justice and equality. Even with all its flaws, our nation stands as a shining beacon of liberty and freedom to the entire world,” he said. “We thank those who gave their lives for us to keep us free, and we shall not forget you. We must remember.”

He also acknowledged his fellow veterans and active-duty service members.

“Our nation has always been first to stand up for freedom of people from around the world. Many of you have answered that call and served our country well. We are here to say thank you, and we are honored to have you among us,” Christian said.

“For our many men and women serving today in all the branches of the military, here at home and overseas, serving in places that most of us have never heard of, we honor them and their families for the sacrifices they make each day to keep our country safe from terrorism, hatred and injustice.”

Christian joined other veterans and community leaders in laying wreaths at the base of the Bethel Cemetery flagpole to honor service people in all branches of the U.S. military, along with those who are listed as Missing In Action or Prisoner of War. Also honored were police, fire and emergency medical first responders, and members of the U.S. Public Health Service Commissioned Corps and National Oceanic and Atmospheric Administration Commissioned Officer Corps.

“I’ve been around the world in many different countries as a Marine, and I can tell you that no other country honors their veterans like this,” state Sen. Devlin Robinson, R-Bridgeville, said.

“It is an honor and a privilege to represent Bethel Park, a community that holds its veterans in such high regard, those individual men and women, some who gave the ultimate sacrifice but all who took that oath to protect and defend the United States, its freedoms and everything that it stands for,” she said.

National Wreaths Across America Day has grown from an initial effort in 1992 to place wreaths at Arlington National Cemetery in one of the older sections that had been receiving fewer visitors.