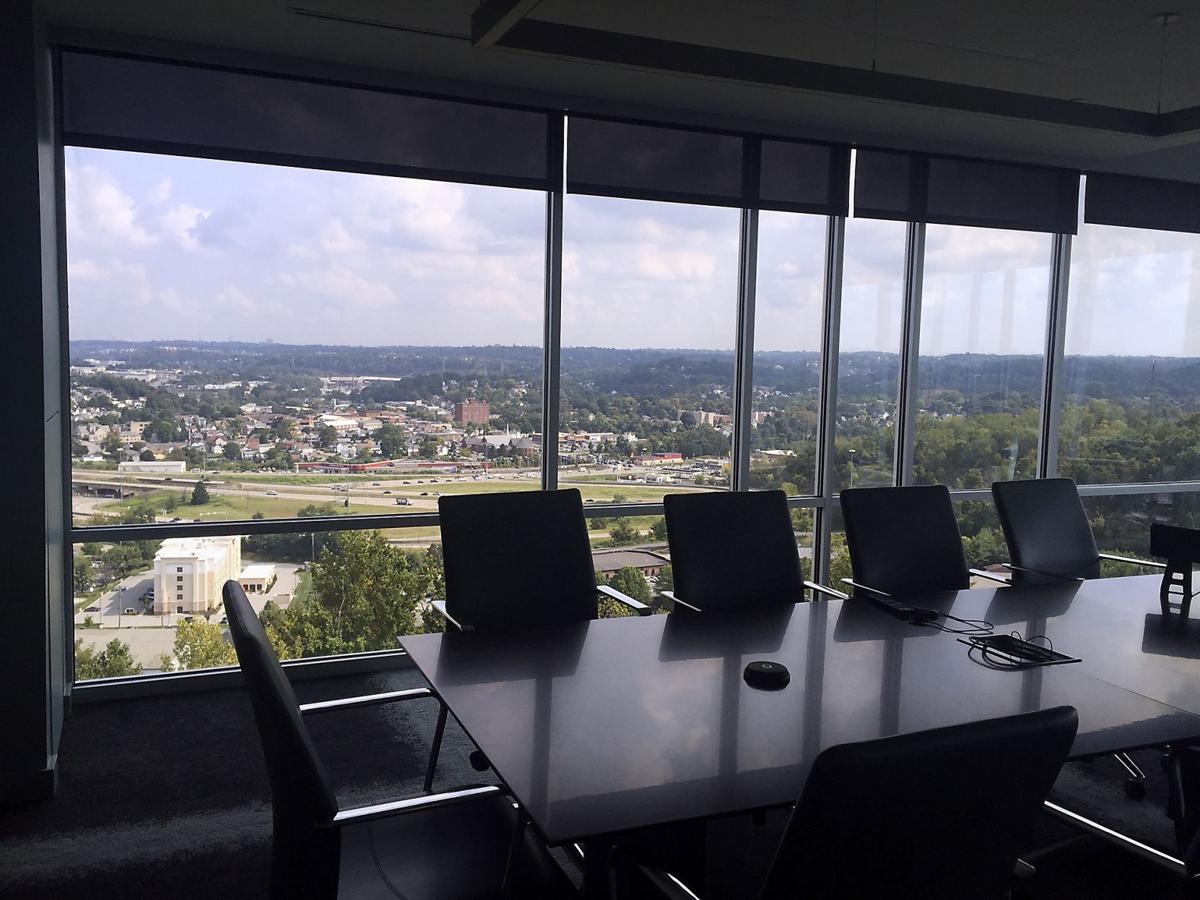 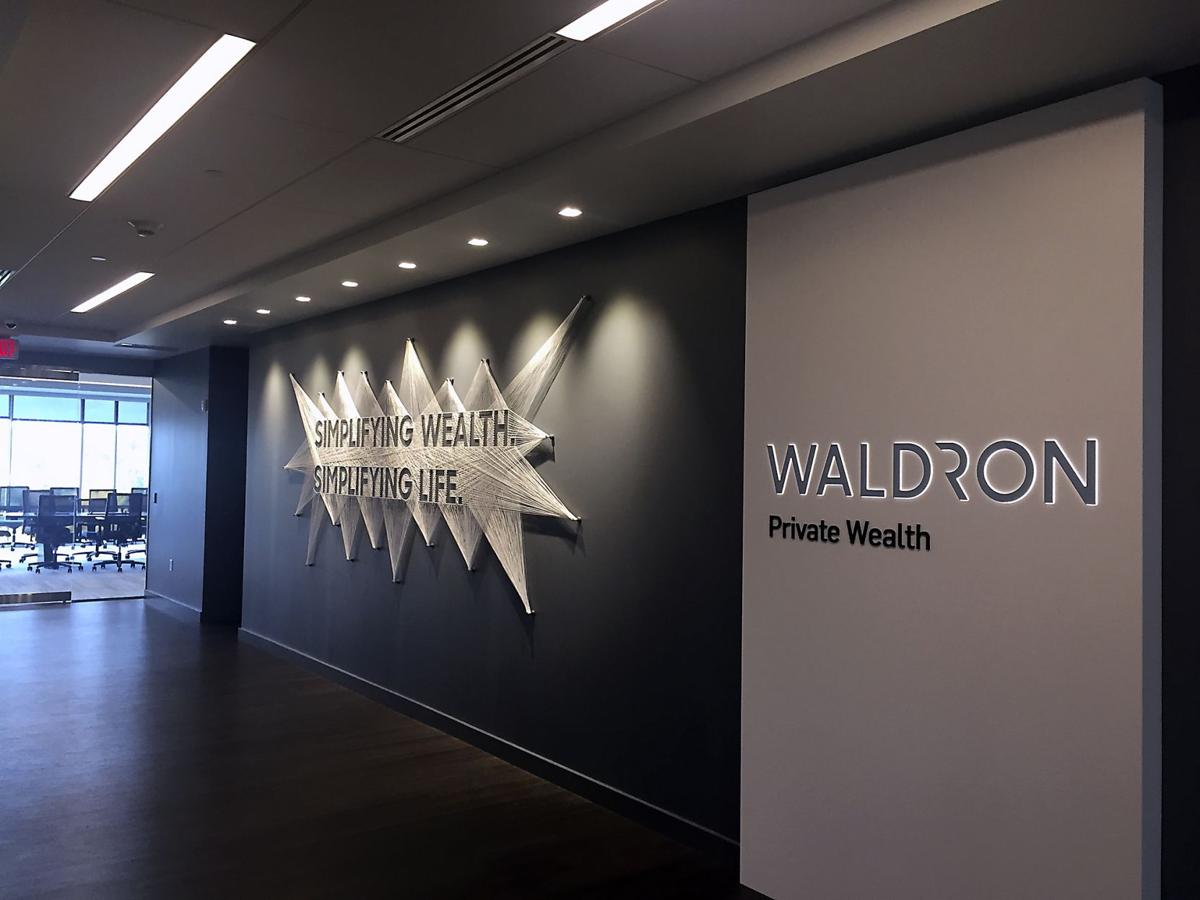 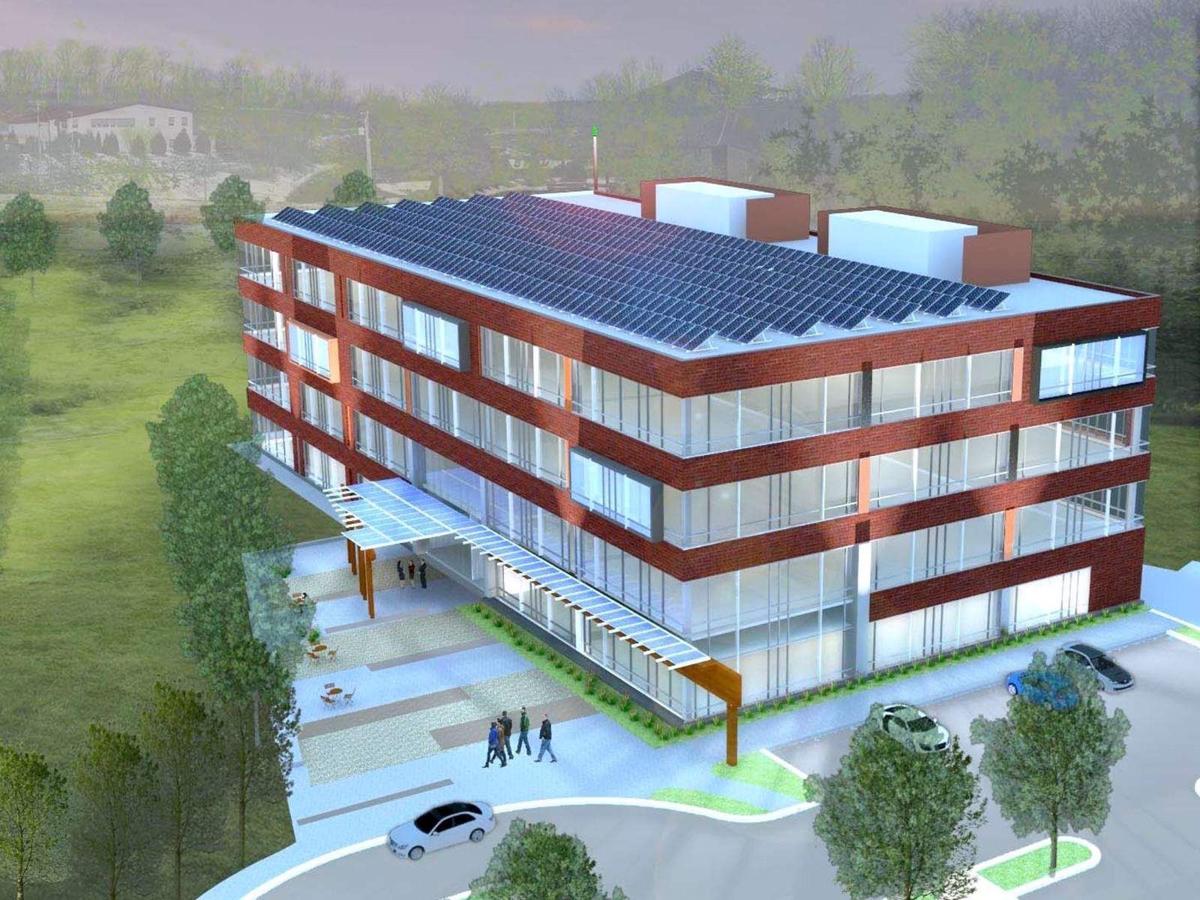 After splitting its offices in two buildings and four total floors in the Abele Business Park in South Fayette, Waldron Private Wealth jumped at the opportunity to consolidate into one office building.

Earlier this month, the financial advising firm moved into the top floor of Abele’s newest building at Beacon 1 on the hill high above the Bridgeville interchange to Interstate 79.

Waldron is the anchor tenant and will operate on the top floor of the four-floor, 80,000-square foot building that is energy efficient, utilizing solar panels, bamboo siding, LED lighting and other eco-friendly measures.

Fortier said the previous offices weren’t ideal for “collaboration,” which is the key reason Waldron decided to not just move into Beacon 1, but move away from the traditional idea of an office. Rather than all 40 of Waldron’s employees having their own office with a door, they decided to create an open office.

“We knew we all wanted to be together and we were pretty sure we wanted to do an open environment like this that would allow us to be more collaborative,” Fortier said.

Some in the company, like communications manager Oliver Cohen, originally were wary of an open office environment.

“People are having phone calls with clients, talking with vendors, talking with colleagues,” Cohen said. “You’d think that would be the biggest problem, is listening to other people talk.”

Cohen said that hasn’t been the case, though, because of the white noise installation, which neutralizes noise in the office.

“I thought I was going to live in the library. I was planning on taking my laptop and moving into the library,” Cohen said. “But I haven’t moved in there once since we moved in.”

Along with the main office space, Fortier, who designed the office with architects at The Design Alliance, said the floor also has a gym, a cafe, a quiet-room, several corner offices and conference rooms.

“The technology in two of our conference rooms are state of the art,” Fortier said. “We have iPads that control everything from the phones to the blinds to the TV to the lights, so that’s really cool. We just have more collaborative spaces like this.”

Also, about 5,000-square feet of the office space is still unaccounted for, because “growth was a big part of the design,” Cohen said.

Fortier said moving a company is never easy, but he’s “thrilled” with the office in Beacon 1 so far.

“We expected to have hiccups, and we had some, but none that make a lasting memory,” he said. “In my mind, that’s a huge success.”

About 200 Business leaders from the Pittsburgh region gathered for an event touting South Fayette as the next "boom town."