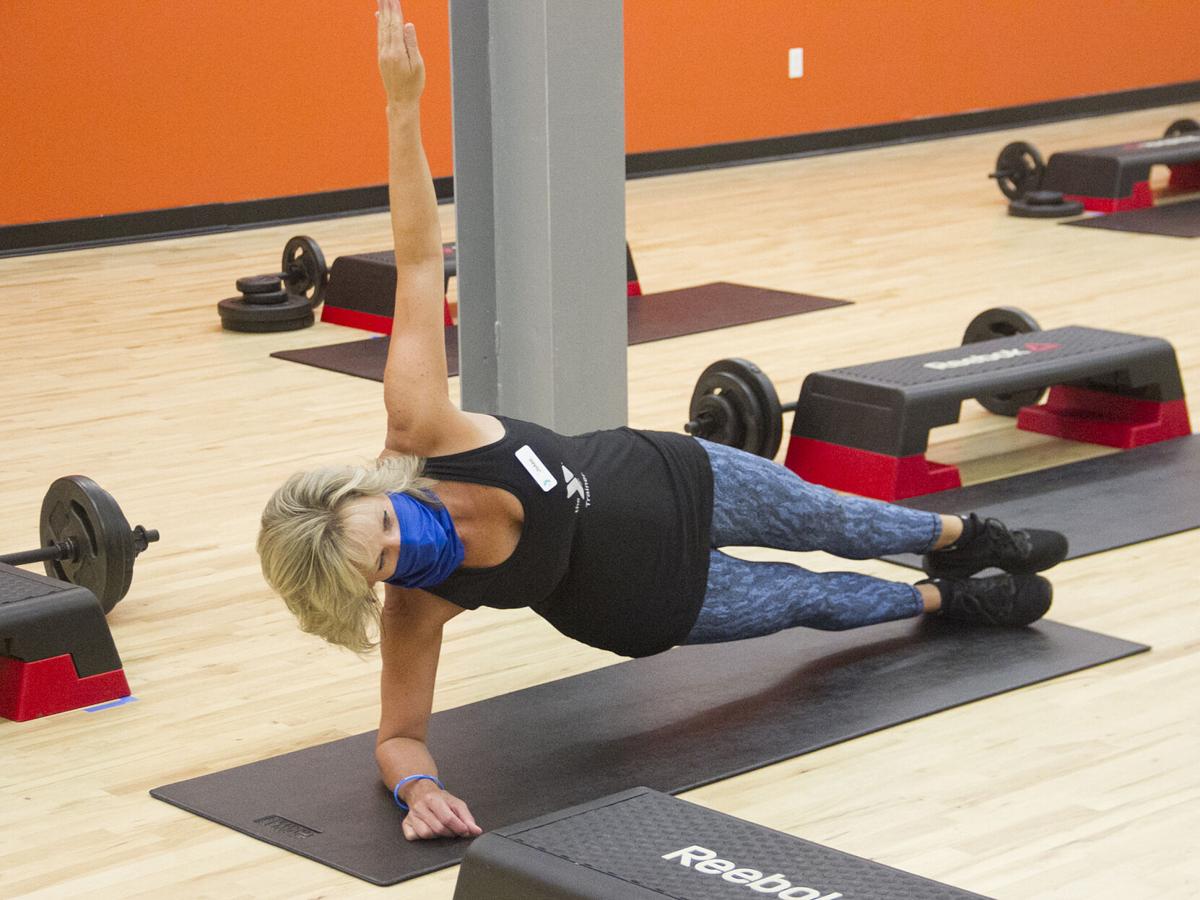 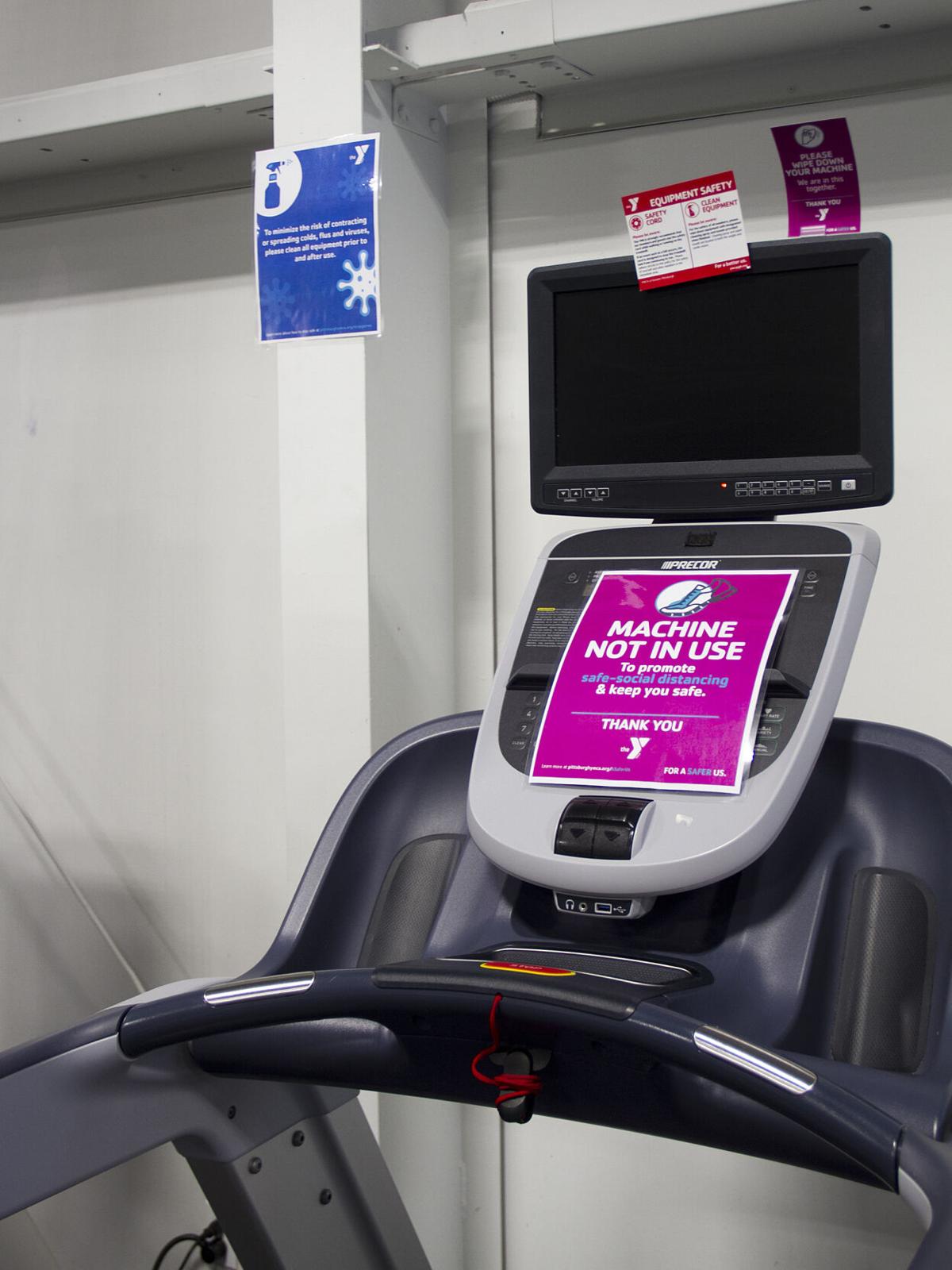 Machines are put out of use at times to ensure that people are not working out next to one another. 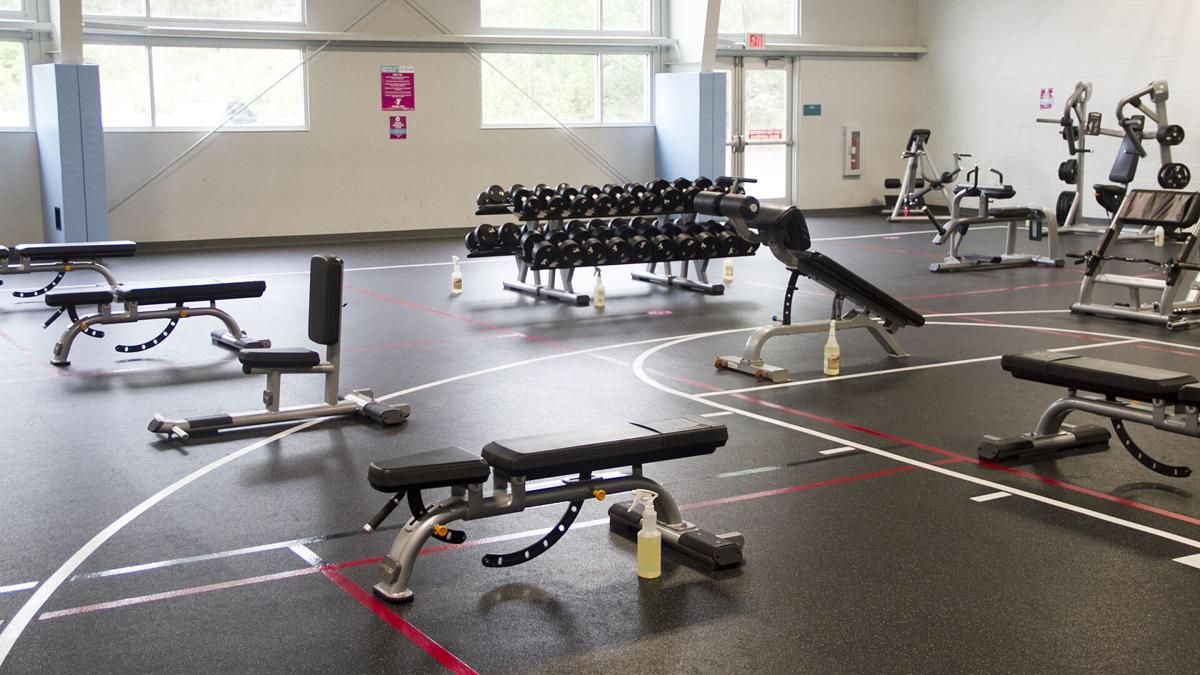 Equipment has been moved in to help ensure sufficient distancing. 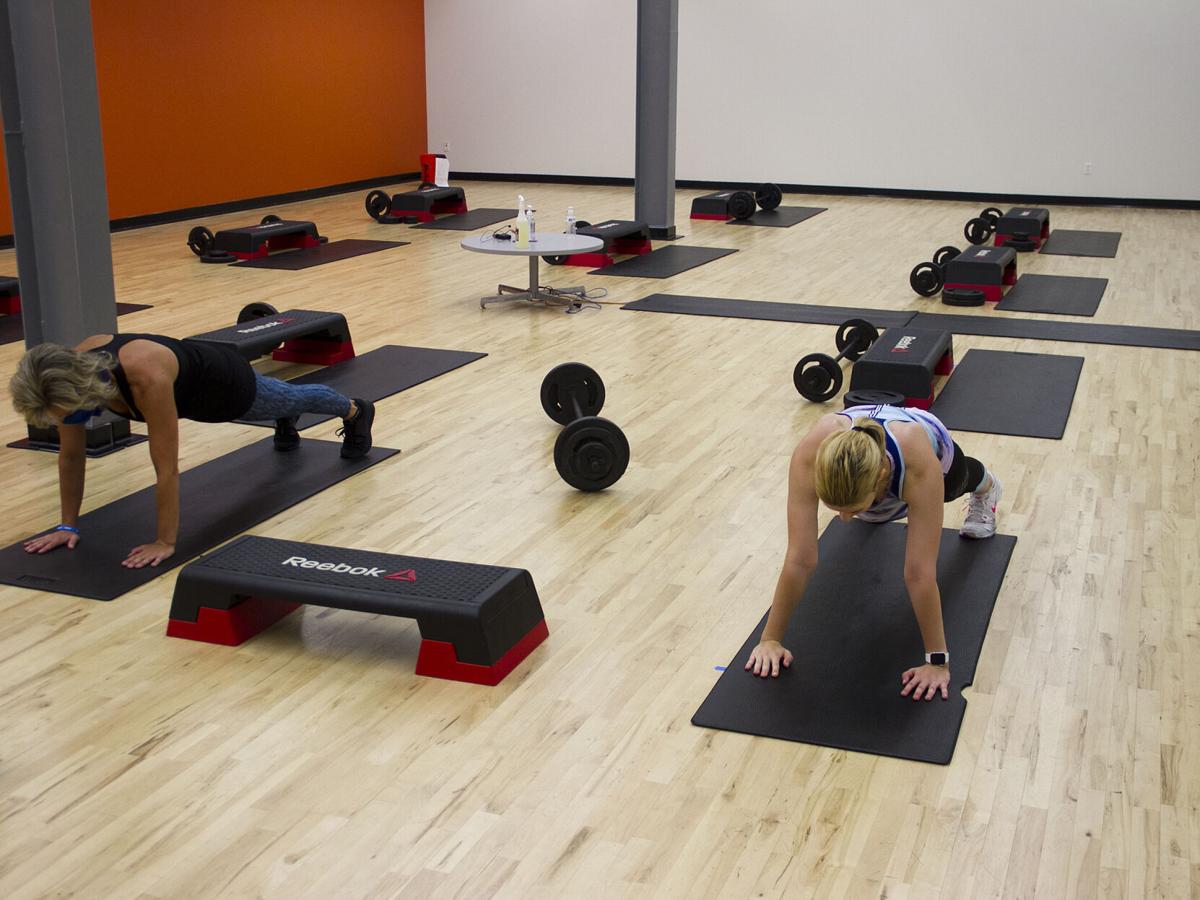 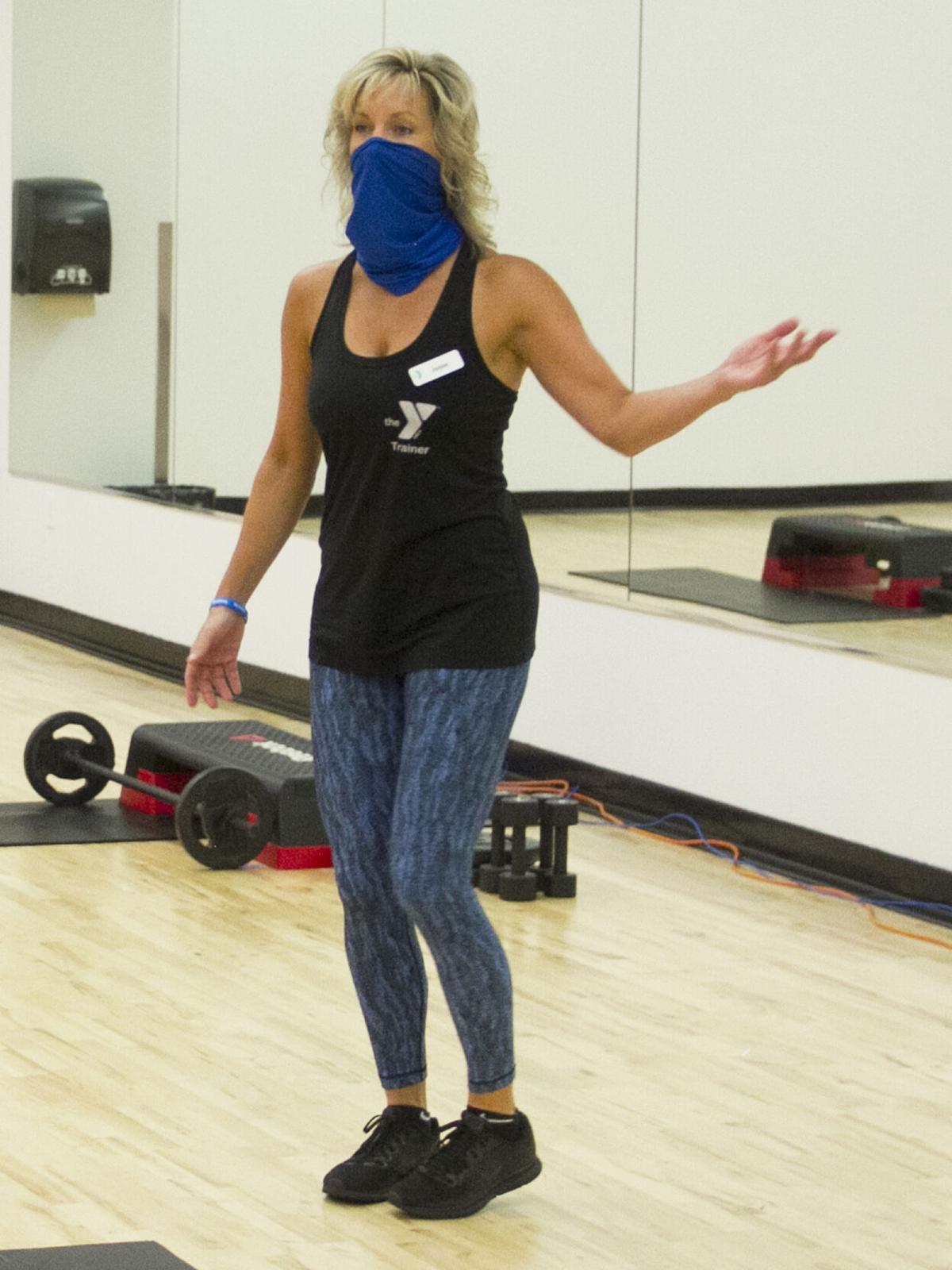 Machines are put out of use at times to ensure that people are not working out next to one another.

Equipment has been moved in to help ensure sufficient distancing.

The spectacle of National Hockey League players on the ice in August is similar to what you’ll see these days at the Spencer Family YMCA’s rink.

“They’re very busy, because they lost a number of months,” Russell Brown said. “It’s pretty rare that you see the folks who skate off their skates for three months.”

Brown, the Y’s membership director, is pleased to report almost everything is back in business at the Bethel Park center following its temporary closure because of COVID-19.

“We’re taking safety absolutely above all else. That is our No. 1 priority,” he said, reporting that staff members have become adept at adjusting to changing guidelines issued by the Allegheny Health Department and other agencies.

The interior of the building looks a bit different compared with prior to the pandemic, as many pieces of equipment have been spread out in the name of social distancing. For those that can’t be moved easily, alternating machines are put out of use so that people aren’t working out next to one another.

And facial protection is pretty much ubiquitous indoors.

“Masks are required for all trainers,” healthy living director JoAnn Guilfoil said. “It is optional for the clients.”

As such, she has adapted to conducting personal-training sessions – which, of course, involve some heavy-duty working out – with her face covered.

“Our options are to go upstairs into our group exercise classrooms, where it is one-on-one and the doors stay open,” she said. “Or we can go outside and train, as well. It’s whatever the client wants.”

In fact, the Y is offering as many onsite programs as possible outdoors, and for folks who would prefer to remain home, plenty of online options are available.

“Since the pandemic began, even when we were not in the building, we were still offering more than 70 classes a week through the website,” Brown said. “If you don’t feel comfortable coming back to the Y, coming into the building, you’ll still be able to take advantage of that.”

Regarding activities at the center, participation is limited to help ensure sufficient distancing, and the same applies to the swimming pools, for which registration is necessary.

“We’ve brought most of what we’re doing back,” Brown said. “It’s just on a more limited basis.”

And at this point, Child Watch, the YMCA program is designed to engage young children in games and activities while parents can participate in programs of their own, is not available.

“Once we can get that back, we will. It will probably be a very similar situation to the classes and the pool,” Brown said about the registration component. “We’re not going to be able to have 30 kids in there, like we did before.”

Youngsters, though, are able to participate in the Spencer Family YMCA’s Camp Cloverleaf, which has sessions running through Aug. 21 in South Park and is subject to a substantial number of safety precautions.

Brown pointed out that during the pandemic, the YMCA of Greater Pittsburgh has continued its philanthropic efforts, including distributing 64 tons of food at its two pantries and raising money for its COVID Relief Fund. He said between 60% and 65% of members have kept current even while the Y centers were closed, primarily to help those kinds of efforts.

“It made a difference for people when they were at their lowest,” Brown said.