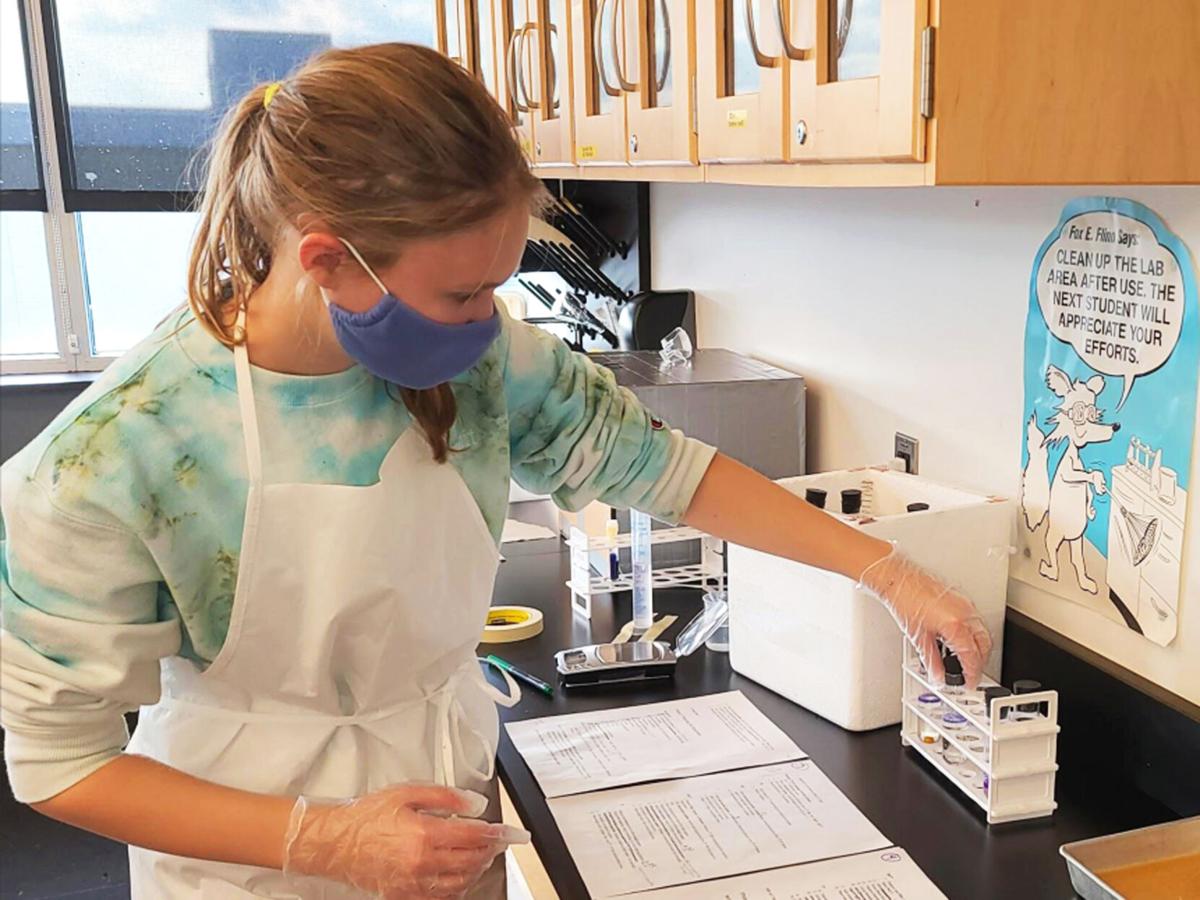 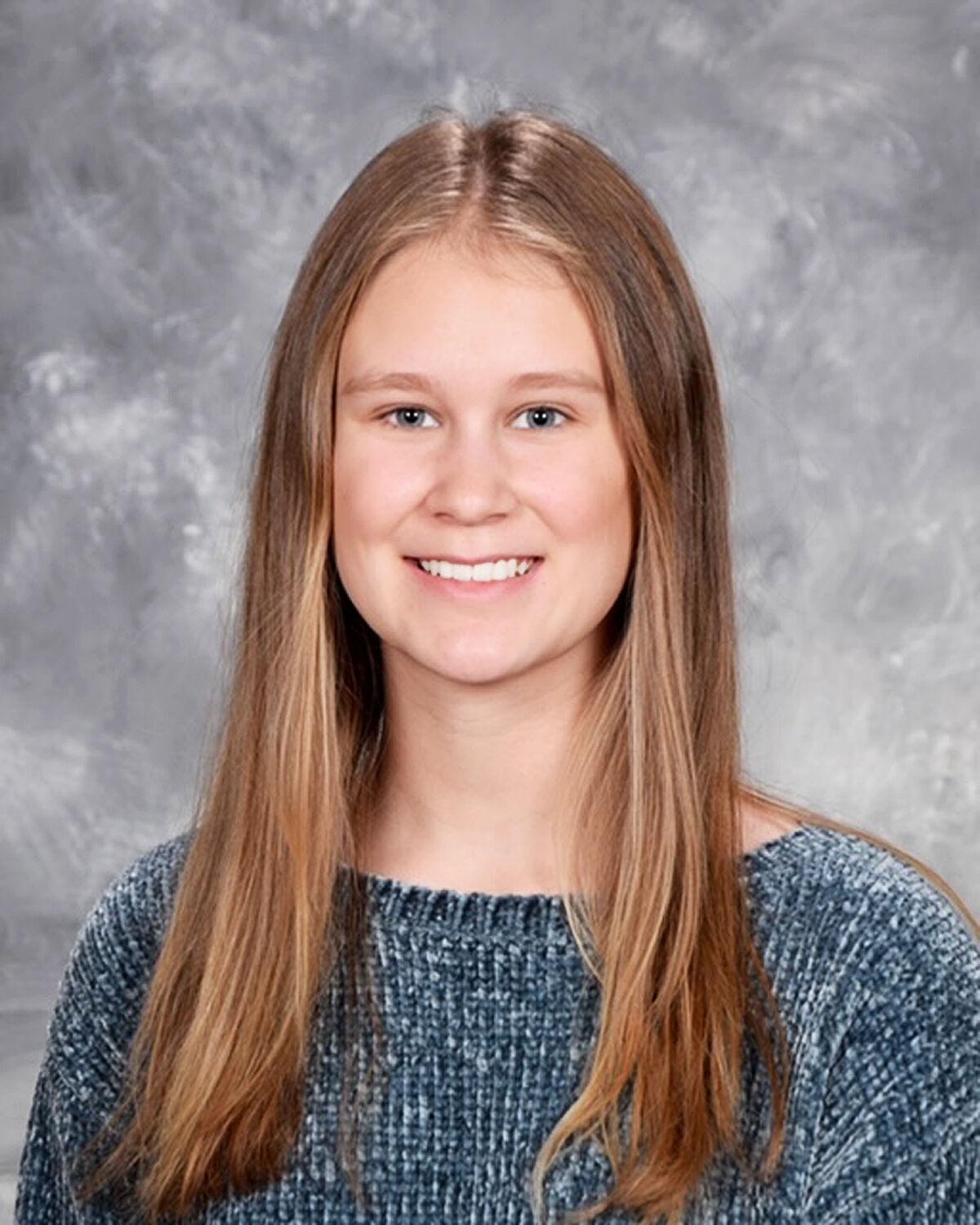 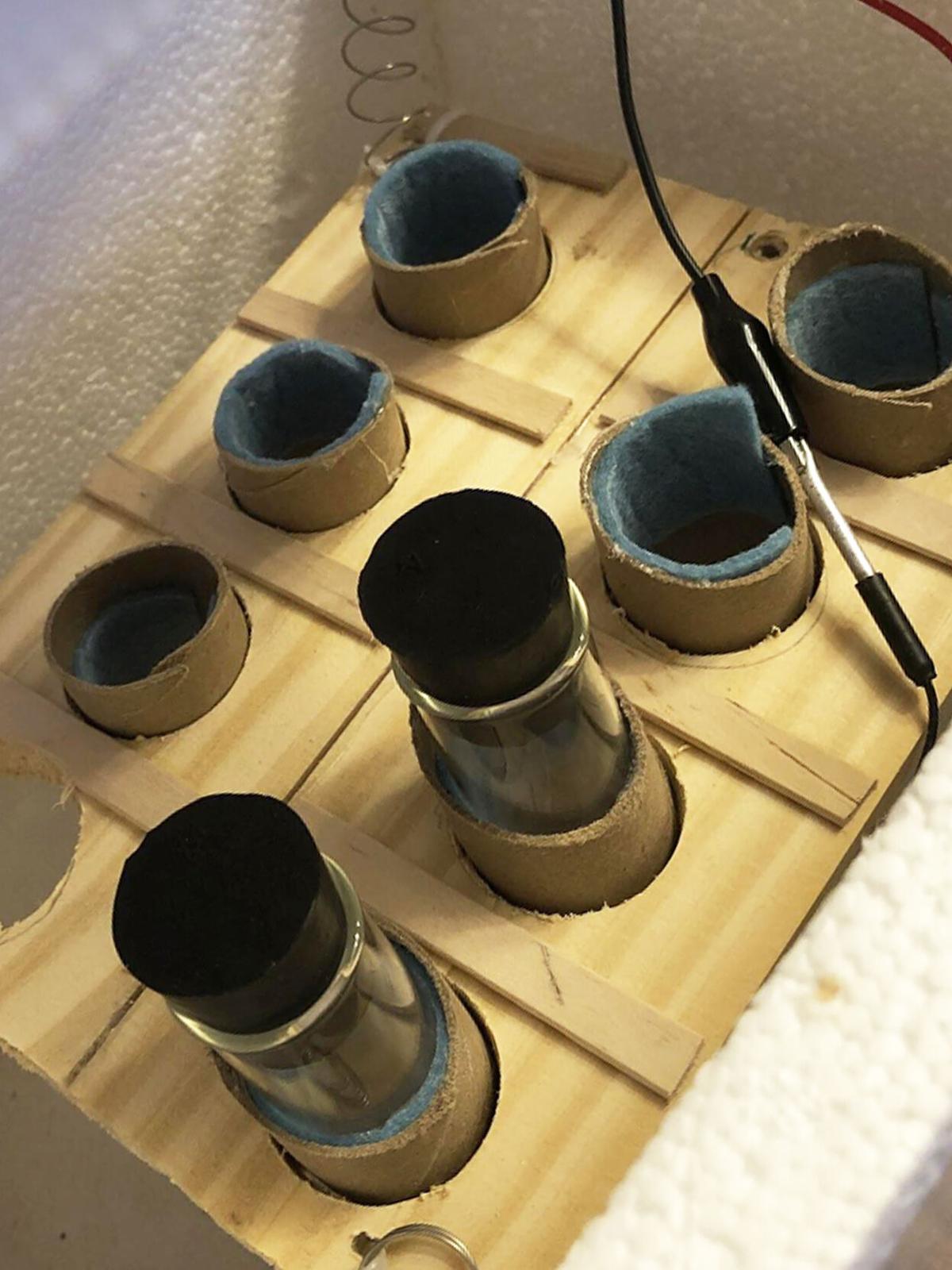 During the past year, plenty of people embarked on what they called pandemic projects.

Natalie McGee’s could help save an important underwater resource.

The Mt. Lebanon High School junior’s research and experimentation focusing on a seldom-studied marine animal earned her a divisional first-place finish in the recent Pittsburgh Regional Science and Engineering Fair.

At issue is whether tiny plastic pollutants are inhibiting sponges, they of the phylum Porifera, from their normal function of consuming microbes and removing potentially harmful bacteria from the water.

“It was a topic that apparently had been overlooked by scientists until very recently, because a lot of the focus right now is on animals that actually consume the microplastics as food and how that could be a problem,” Natalie said.

After learning about the topic during a virtual marine ecology convention, Natalie decided to test her theory by diving right in, so to speak.

“I began the preparations for this experiment way back at the beginning of the quarantine, to set up and maintain a saltwater aquarium,” she recalled.

Into the water went her own Porifera-type pets, with Natalie receiving advice about the sponges’ care from expert Debbi Clifford of the Gulf Specimen Marine Lab in Panacea, Fla.

“Working with the sponges turned out to be really tricky, because you can’t expose them to air,” Natalie’s mother, Kerry, said. “She actually developed a platform underwater to work on.”

The experiment involved growing a film of bacteria called Serratia marcescens on plastic shavings and fibers, and then placing them in test tubes. Meanwhile, Natalie took uniformly sized segments of sponges, which have the ability to regenerate lost parts.

Using various combinations of S. marcescens, two types of plastics and sponge segments in seven tubes, Natalie produced statistically significant information to support her hypothesis: “Bacteria housed in microplastic biofilms will be more resistant to filtration by marine sponges than bacteria suspended in the water.”

By extension, marine life in general may suffer.

“If the microbiome is messed up by the sponges not being able to regulate the amount of bacteria,” Natalie said, referring to the microorganisms in a particular environment, “it could very likely cause the corals, or possibly fish or vegetation, in that area to not be able to survive there anymore.”

Aside from building her own aquarium, Natalie had to figure out a way to replicate the constant motion of seawater for the experiment. Her solution was to construct a test-tube agitator.

“It dispersed the microplastics through the water so that they don’t just float on the top, as they would if the water were still,” she said. “And it also was important to allow the sponges to filter feed, because they don’t move, and so they rely on the constant movement of the water to allow them to consume the bacteria.”

Designing a functioning agitator, though, took a few tries.

“The first time, it wasn’t shaking,” Kerry recalled. “So the plastics are floating. The sponges are there. They don’t interact.”

Further attempts with a turntable and scroll saw turned out to be ineffective. Then Natalie finally came up with a winner.

“The central platform is held in place by springs on each corner, which allows it to move a little bit independently of the outside,” she said. “There’s a motor attached to the bottom of a platform with a weight that is asymmetrical. The motor will spin, and the offset weight will cause the central platform to move in basically random motion.”

With her first-place showing regionally, Natalie qualifies for the Regeneron International Science and Engineering Fair, a Society for Science event scheduled to be conducted virtually in May.

She also took top honors in Pittsburgh as a sophomore with her engineering project.

“I designed several prototypes for a farm that could evaporate water from the ocean and then use it to do hydroponic agriculture, while floating possibly on the ocean,” she said.

Unfortunately, she was unable to travel to Los Angeles for the international fair.

“She learned that she had qualified for ISEF last year right at the start of the pandemic,” her mother recalled. “It was exhilarating and so completely disappointing at the same time.

“But she dug in and she was like, ‘Well, there’s always next year.’ And that’s when this project started,” Kerry said about the microbial filtration study. “And she did it again.”

While Natalie still has another full year of high school to complete, she naturally is looking toward the future:

“I think environmental science, in particular, is possibly one of the most valuable areas I could go into, and I also find it interesting. I’m taking some very interesting physics and calculus classes, and I’ve kind of been bitten by that bug, as well.

“So if I could find some way to tie that into environmental science and solve some of the big problems, that would be really what I’m looking for,” she said.