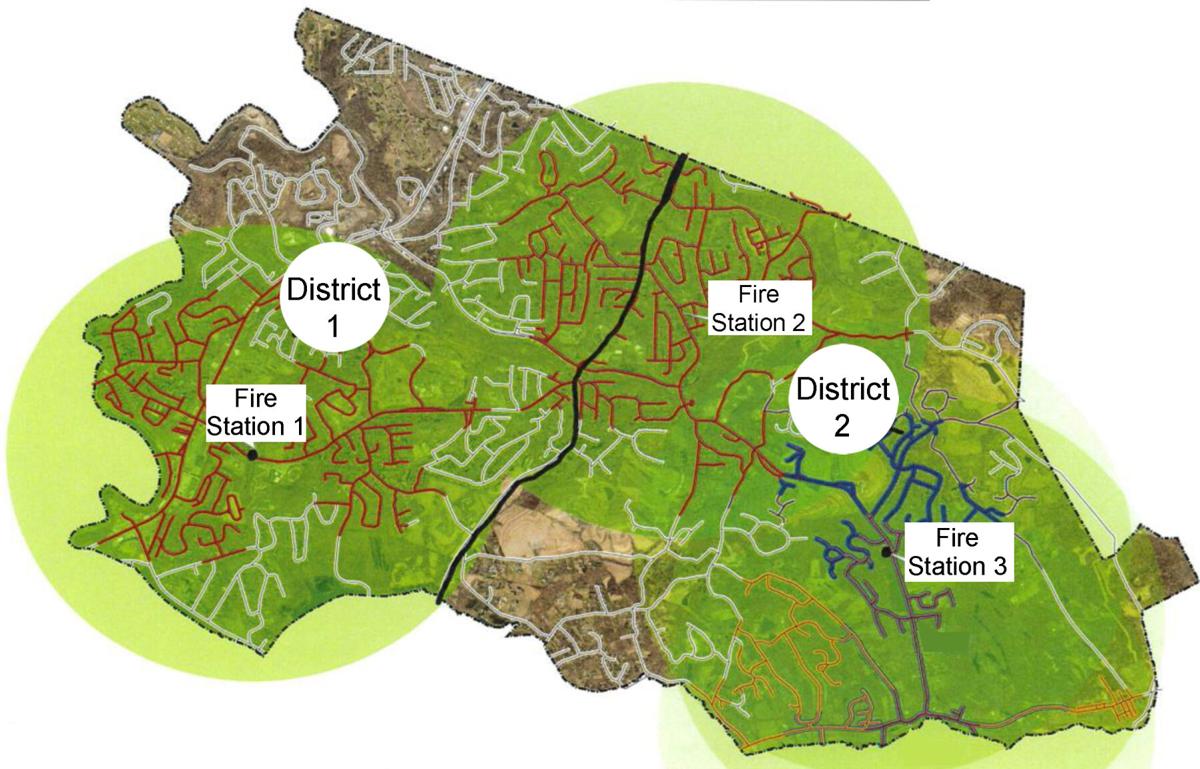 Although the preliminary design for a new Peters Township Fire Department substation comes with an estimated cost of $4 million, township officials are working on ways to lower the figure.

“This is very much a work in progress,” township manager Paul Lauer said as he and fire Chief Michael McLaughlin presented the design during the June 28 meeting of Peters council.

“Chief McLaughlin and I both feel that perhaps what makes more sense, given the size of the bays, is to actually eliminate one of those bays and have two drive-through bays,” Lauer told council.

Another bay could be added in the future, Lauer said, also noting the building will be constructed primarily of brick and other “standard construction materials, in an attempt to keep the cost of the project in line.”

“Little things like shifting the location of the building forward and back on the property have the potential to save almost $100,000 because of stormwater management,” he said. “Taking all those things into consideration, we still have some work to do.”

Revisions will take place during the next two months.

“The intention of this always was to be in a position to have this design developed enough so that when we begin the budget process in September, we would have a number to work with to incorporate into next year’s budget,” Lauer said. “The idea would be to have this under construction as weather breaks next year, so that it would be completed in that construction year.”

EPM principal Mark Edelmann worked on the design of the substation. He has designed numerous public safety buildings, including the Tri-Community South EMS operation center in Bethel Park.

“We have the right architect on this building,” Lauer said. “He totally understands what it is he’s designing in terms of a fire station.”

The substation, to be built on township-owned property at 435 Bebout Road, is intended to bolster fire protection for the southeastern part of Peters, the population of which has grown substantially in the past three decades.

Along with its main Station 1 on East McMurray Road, Peters Township Fire Department has an unmanned substation at the corner of Bebout and Sugar Camp roads.