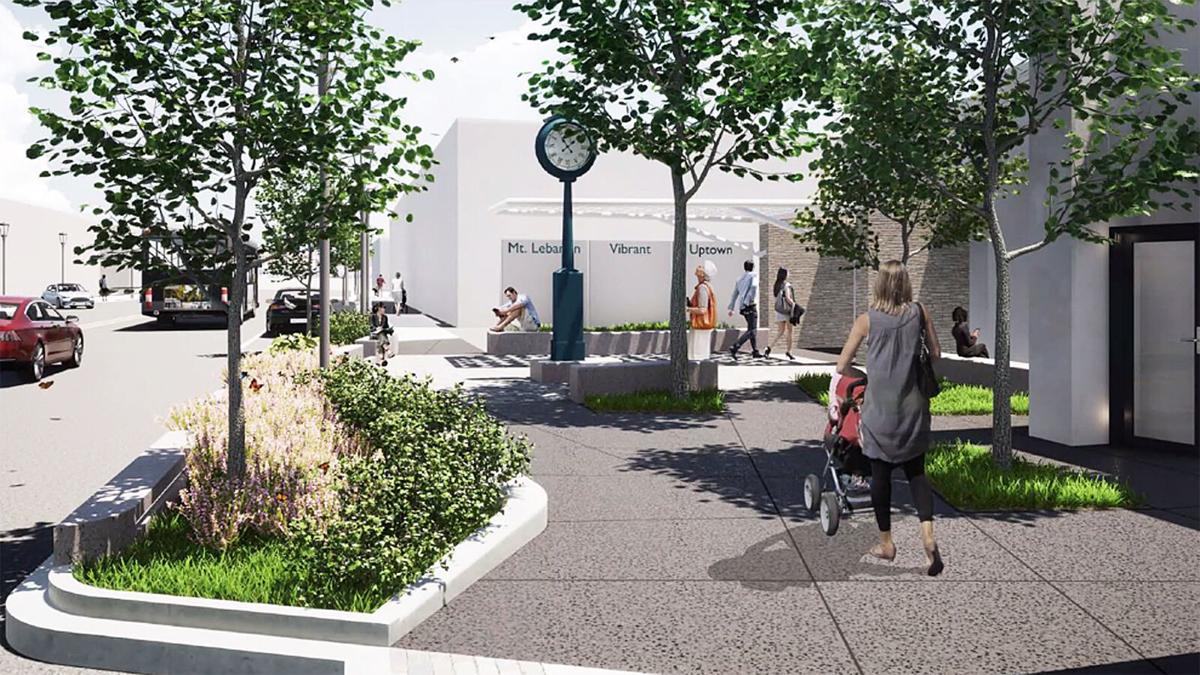 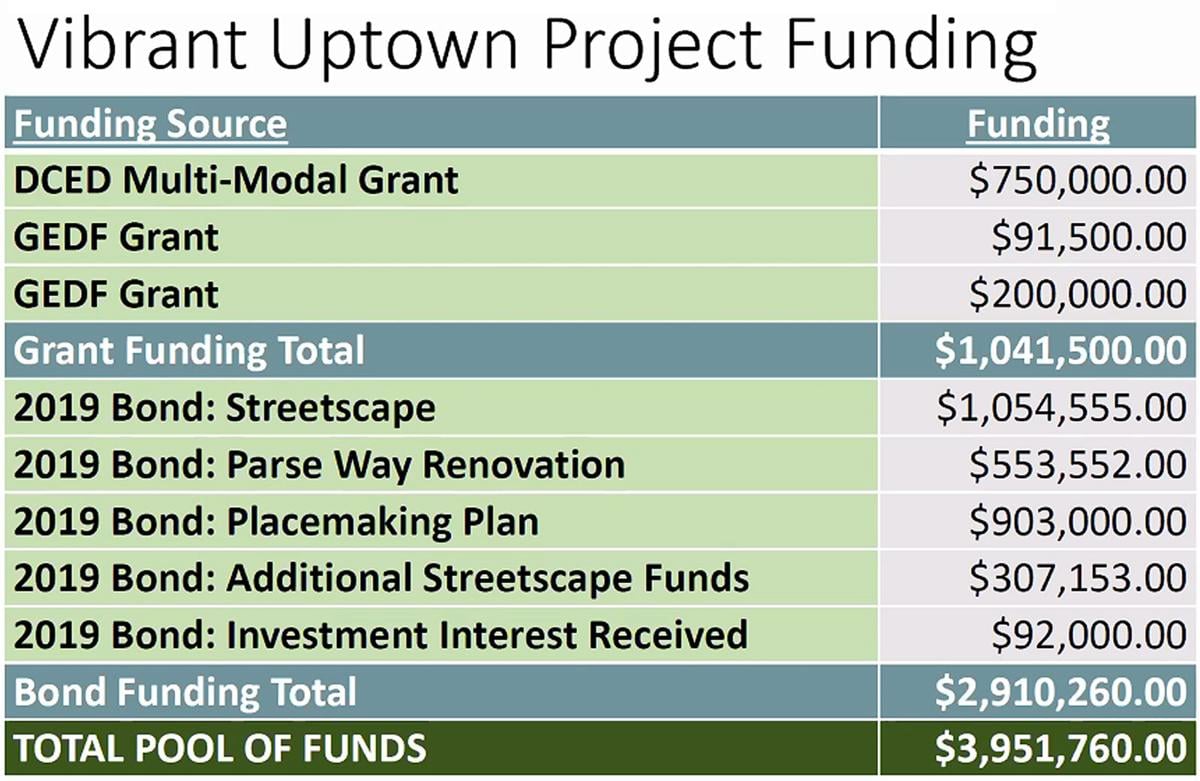 Although major renovations are on the horizon for Mt. Lebanon’s main commercial corridor, the hope for the duration of the project is business as usual.

“The Uptown District will be open during construction,” assistant municipal manager Ian McMeans said. “We’re coming out of a pandemic, and we want to be able to support our businesses as much as possible. And we’re confident that the new streetscape will really enhance the district. We just have to get through the construction phase first.”

At their next regular meeting, scheduled for May 11, Mt. Lebanon commissioners plan to award a contract for the first phase of Vibrant Uptown, an aesthetic overhaul of the Washington Road business district that has been in the works for more than a year and a half.

Plavchak Construction Co. of Jefferson Hills submitted the lowest, $3.06 million, of five base bids received by the municipality. Factoring in adjustments the commissioners agreed to during their public discussion session Tuesday, the total amount of the contract adds up to nearly $3.27 million.

Components of the base bid include demolition of existing materials, sidewalk reconstruction, additional stormwater infrastructure and replacement of streetlights, along with elements of placemaking, a design concept taking use of space into prime consideration.

“The current trend in streetscape design is to have this idea of a tabula rasa, a blank slate. You’re not necessarily building a physical landscape for a specific type of event,” McMeans told commissioners during the discussion session. “Whether it’s something as simple as installing moveable furniture in an area for a little while, to give people more outdoor seating options, or putting up a small stage or tables for a farmers market.”

A primary feature of Vibrant Uptown’s initial phase is installing a series of new concrete planters, with incorporated seating. The positioning of the planters is intended to remove potential physical barriers and further the project goal of meeting federal Americans With Disabilities Act standards throughout the business district.

“When we started the process and toured the district, we realized there were some ‘pinch points’ where it got very narrow to try to navigate walking through the street,” McMeans said at the discussion session.

He told commissioners replacing streetlights “will vastly improve the look and feel of the district in the evening and nighttime. It will also help with our long-term maintenance, that we will actually have lights and light pole technology that we won’t have to special order anymore for replacement.”

Along with its base bid, Plavchak Construction submitted amounts for several additional facets of the project. Commissioners agreed to include three in the contract, as recommended by municipal staff members:

“We’ve had to have volunteers fill buckets and walk them up and down the street to water our existing landscape. “It’s very labor-intensive. It is not thorough.” Eric Milliron, commercial districts manager, said. “Not only is it important to kick the landscaping off in a strong manner and get it established, but long-term it’s also going to come in as a significant asset.”

“It adds light, I’ll say, at the pedestrian level,” McMeans said. “It doesn’t necessarily provide light on the sidewalk, itself, but just having more light in general in the district, illuminating the plants, the undersides of the trees. It just adds to the vibrancy of the area.”

According to information presented at the discussion session, a $3.95 million “total pool of funds” is available for Vibrant Uptown, with $1.04 million in state grants and $2.91 million from a 2019 municipal bond issue.

Regarding a second phase of the project, commissioners also agreed to commit $100,000, as requested by municipal staff members who are seeking additional money.

“As we go out for some of these grants, it is helpful for us to have matching funds to be dedicated and available to us,” McMeans said.

Phase II will focus on expanding the placemaking concept, including public art displays and other elements of interest. McMeans said a kickoff meeting will be planned for late May or early June.

Further objectives include improvements to sites near Washington Road, such as the area near the Mt. Lebanon light-rail station and the adjacent Parse Way.