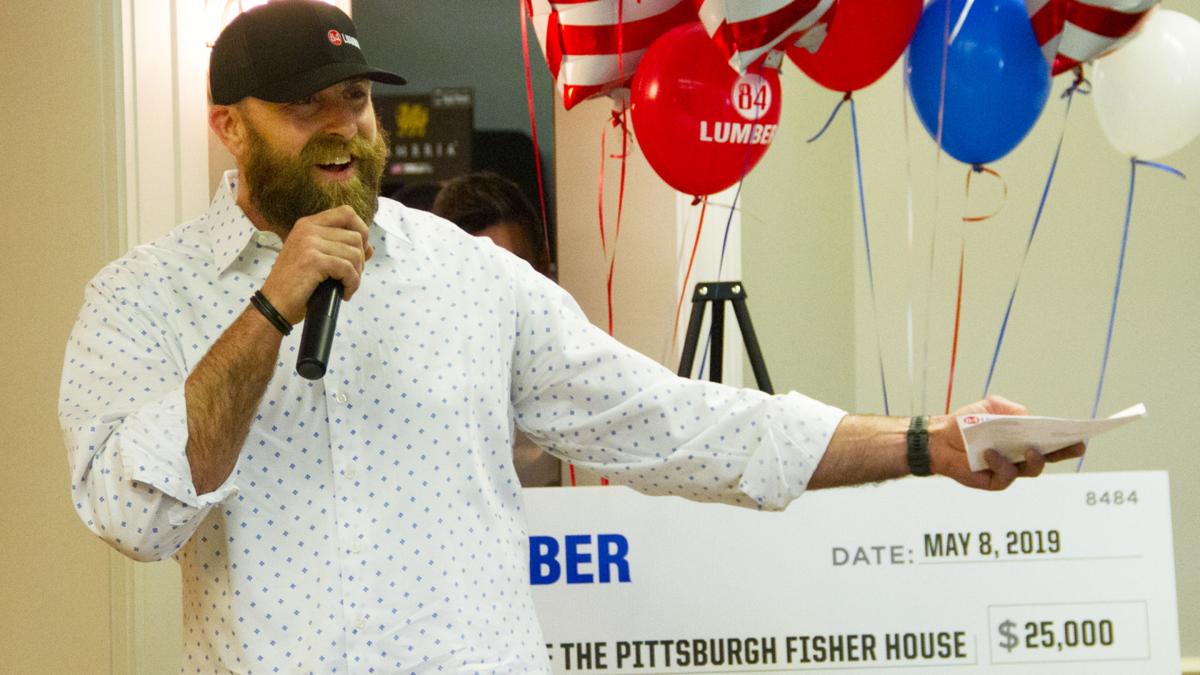 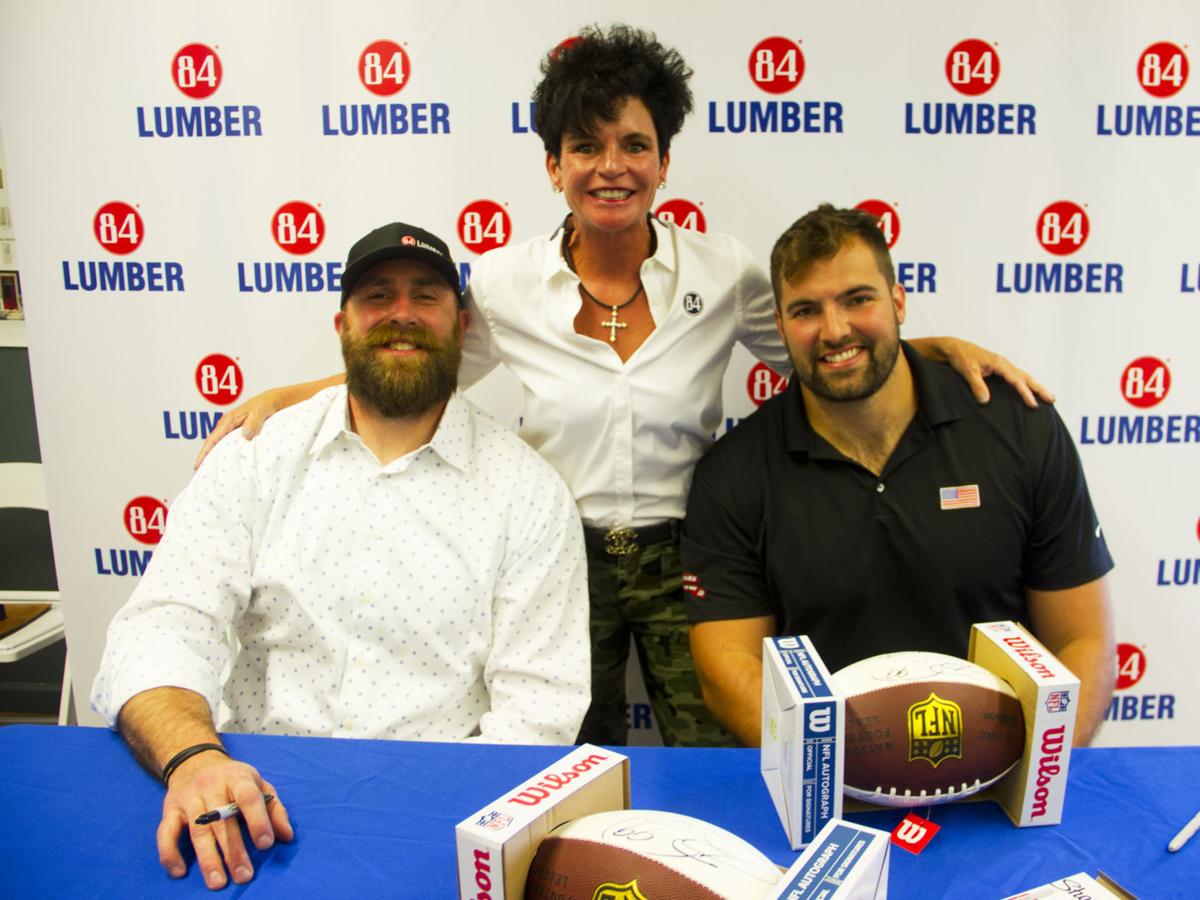 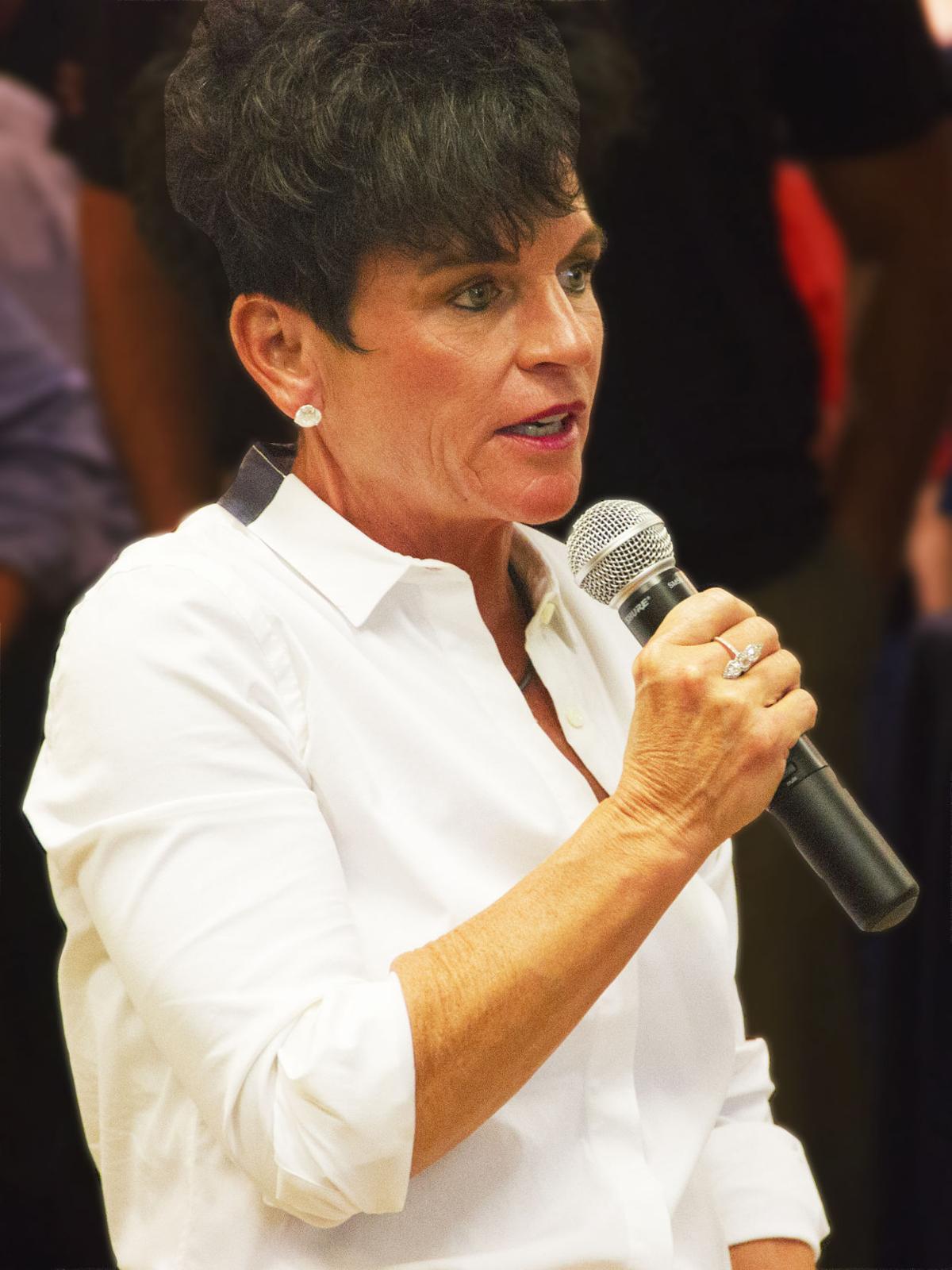 Maggie Hardy Knox speaks about her company’s current and future donations to Friends of the Pittsburgh Fisher House. 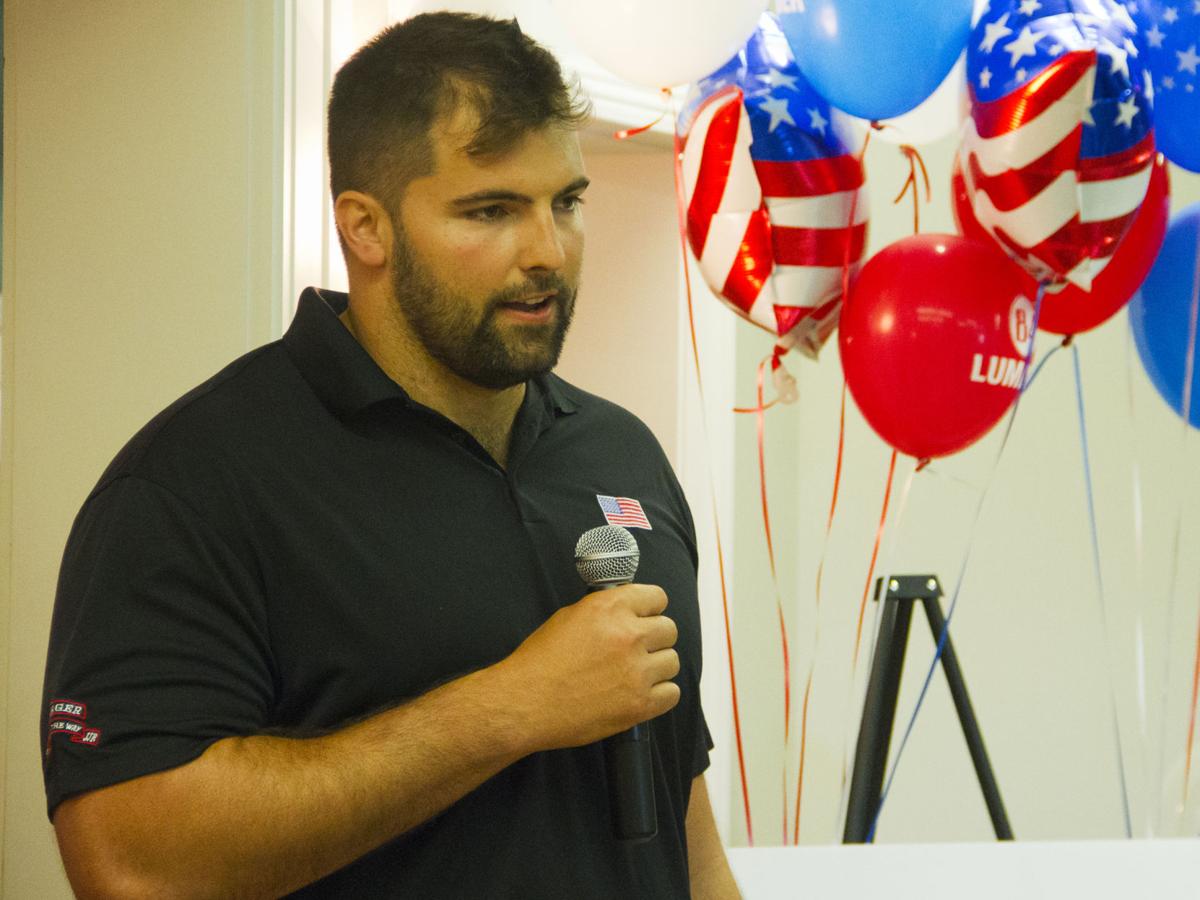 Before playing for the Pittsburgh Steelers, Alejandro Villanueva was a captain in the U.S. Army, serving as an Army Ranger and earning a Bronze Star for valor. 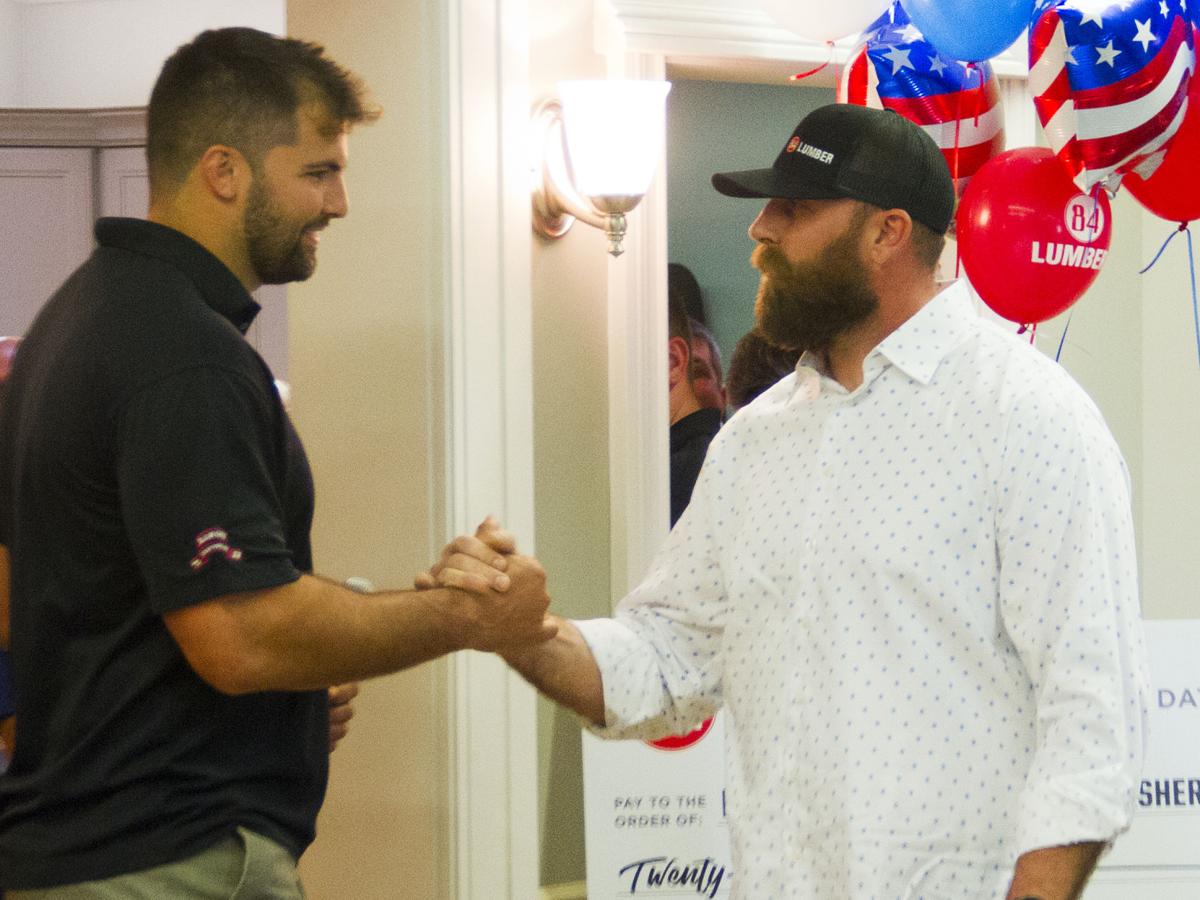 During training camp for the Pittsburgh Steelers in the summer of 2014, Brett Keisel met the man whom he figured would be his replacement.

“I thought for sure he’d be a defensive lineman: athletic guy, handsome, all those things I used to be,” the now-retired Keisel joked, drawing laughs from his audience during a philanthropic activity at 84 Lumber in South Fayette Township.

The two players proceeded to get into a couple of tussles during practice, he recalled, and when he went to the locker room afterward, a personnel staff member asked Keisel if he knew anything about the new guy.

“Well, his name is Alejandro, and he did three tours in Afghanistan for the Rangers,” referencing his service in the Army Special Operations Command.

“And immediately – I have a military family background – I felt sad for starting all that garbage on the field. I’m like, ‘This guy’s a warrior! This guy knows what it’s about,’” Keisel said. “So I went up to him, introduced myself, and needless to say, from that moment on, I’ve been incredibly impressed with him.”

The new guy of 2014 now has played for Pittsburgh for five years. And because he switched to offensive line, Alejandro Villanueva didn’t end up being Keisel’s replacement.

The current and former Steelers were in South Fayette recently for a ceremony during which Maggie Hardy Knox, president of 84 Lumber, presented a $25,000 check to Friends of the Pittsburgh Fisher House, a nonprofit that provides a free “home away from home” for families of veterans who are receiving medical care at the VA Pittsburgh Healthcare System.

“It gives me great warmth to be able to help do a small thing for the people who have served our country,” she said, with “small” used in a highly ironic context: Her pledge is $500,000 over the next three years for the Fisher House Foundation, which supports similar ventures throughout the United States.

That’s especially good news for Villanueva – or “Big Al,” as he introduced himself at the ceremony – all 6 feet, 9 inches and 320 pounds of him.

One of the ways he does so is by visiting the veterans affairs hospital.

“I started talking to veterans as they were going through the hardships of getting accepted by the VA and receiving treatment, and everything that goes along with that for service members and their families,” Villanueva said.

That’s where he learned about the Fisher House and the nonprofit organization that supports it, and he decided to do what he could to help.

The facility currently has 10 bedrooms, and according to Knox: “I’m hoping to make a hundred rooms.”

Supporting the military is not new for 84 Lumber, which was founded by World War II veteran Joe Hardy. Since 2016, the company has celebrated May as Military Appreciation Month with an annual Operation Appreciation campaign.

The company also actively recruits veterans for various roles across the organization, including sales, customer service and store management. In 2018, 84 Lumber hired about 100 veterans and now employs more than 300 across the country.

Keisel, meanwhile, is in the process of growing back his facial hair for his annual Shear Da Beard fundraiser, which benefits the cancer programs at UPMC Children’s Hospital of Pittsburgh. The 10th year of the event is in early 2020, and he made a prediction about what the decade’s cumulative total will be: “I think we will break the million mark.”