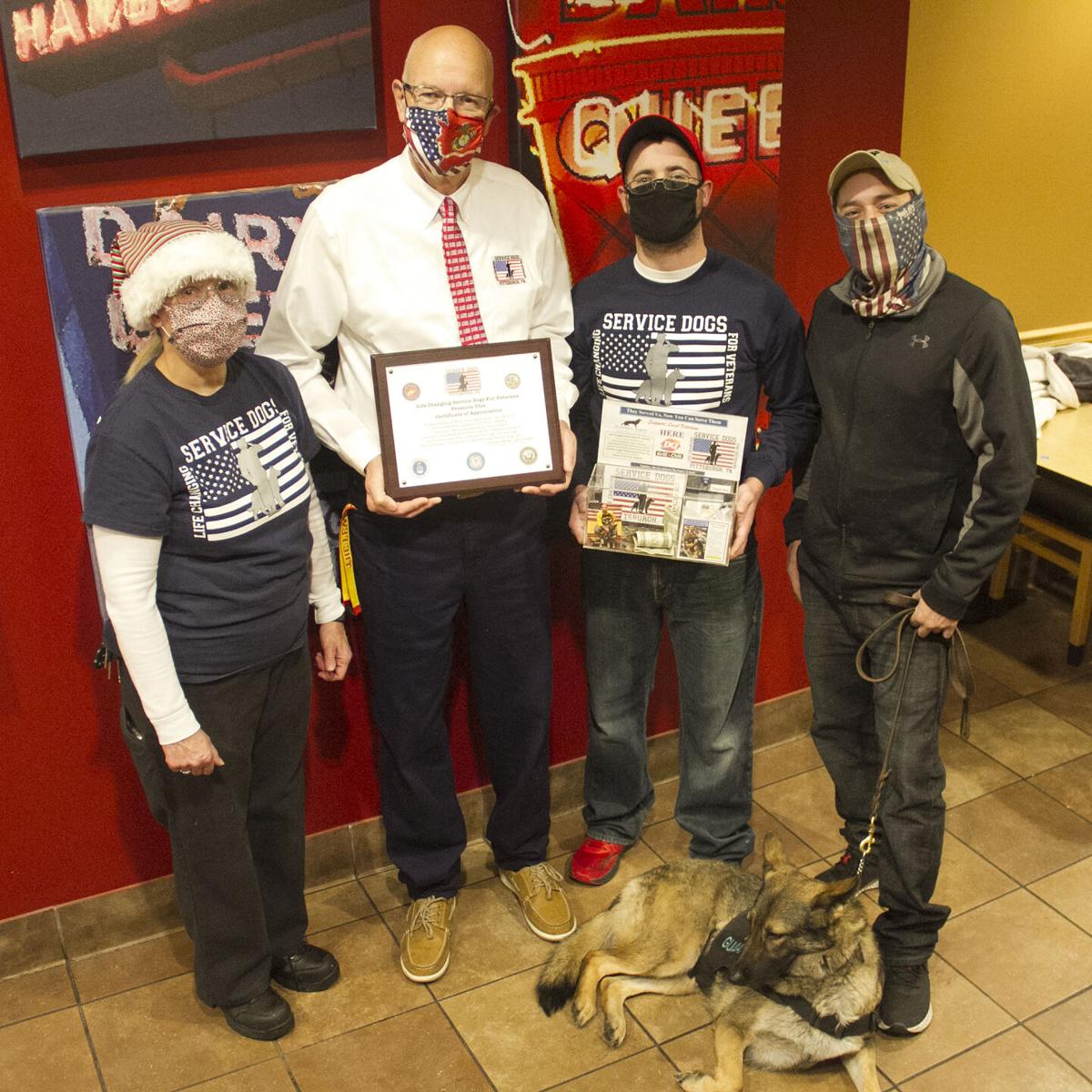 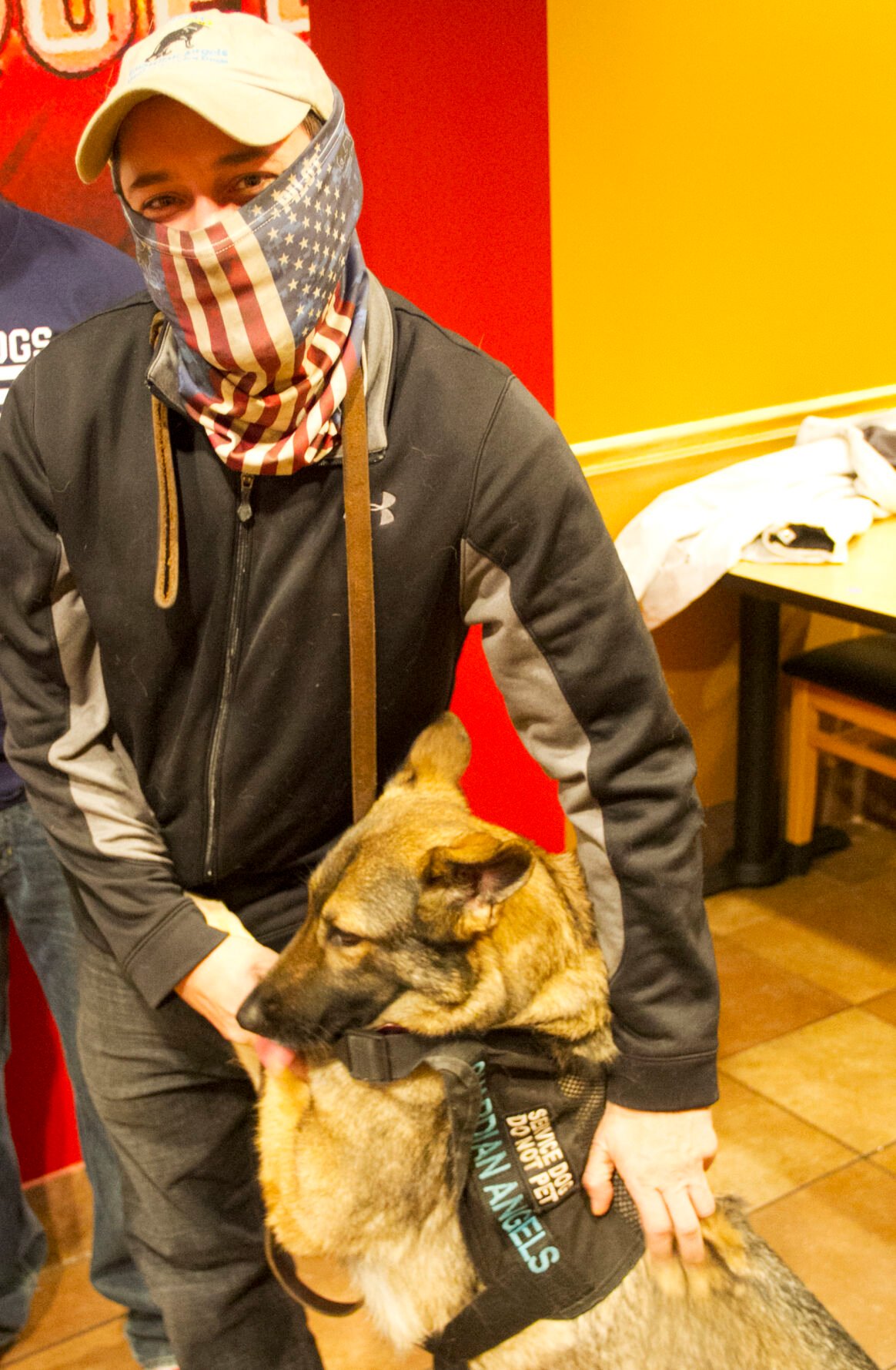 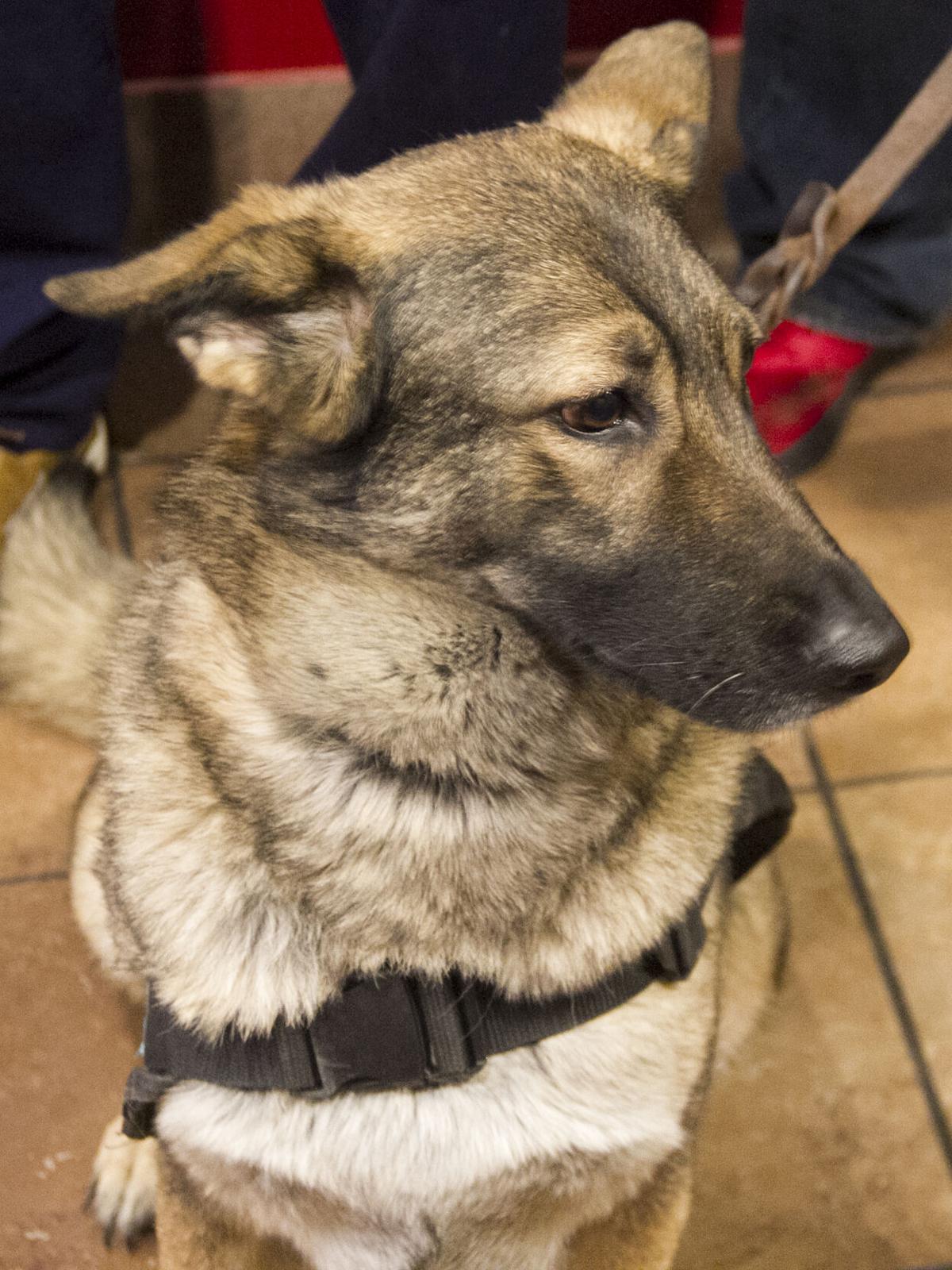 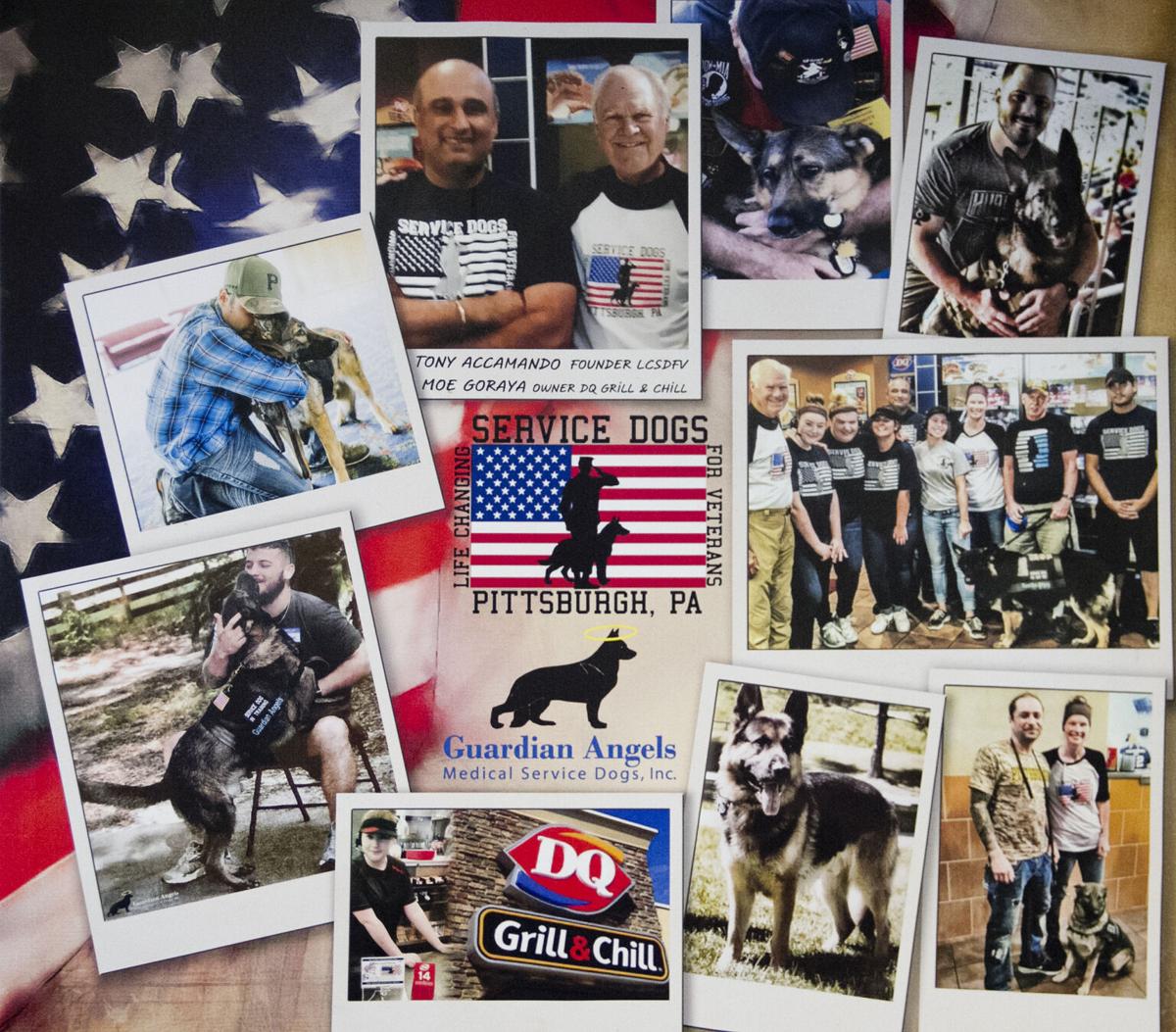 A collage on the wall of Dary Queen Grill and Chill in Peters Township commerates the support of restaurant staff members and owner Moe Goraya on behalf of Life Changing Service Dogs for Veterans.

A collage on the wall of Dary Queen Grill and Chill in Peters Township commerates the support of restaurant staff members and owner Moe Goraya on behalf of Life Changing Service Dogs for Veterans.

When his U.S. Army detachment was sent to serve in the War in Afghanistan, Tim Kellermann’s first stop was the massive Bagram Air Base.

“You can actually see pictures of it in the first ‘Iron Man’ movie,” he said, his voice containing perhaps a hint of pride in having arrived at such a high-profile destination.

Then there’s the flipside.

“The first two weeks I was there,” he said, “a suicide bomber hit the front gate.”

A serviceman and some civilians were killed in the attack, which turned out to be a portent of what Kellermann would experience during a nightmare of a year of duty in the war-torn country.

When he returned stateside in March 2008, he continued to suffer, through the trauma of a divorce and symptoms of post-traumatic stress disorder.

“I barely left my house for almost eight years, besides just the basic needs, in and out,” Kellermann, who recently moved to Charleroi from Belle Vernon, recalled. “And it would be tough to even do that.”

Then he was paired with Pilot, a medical service dog who became his constant companion. Four years later, he and his wife, Amber, are the parents of two young children, Serena and Julian.

On Monday, he and members of his family – Pilot, too, of course – visited a Peters Township restaurant to say thank you for helping the cause. Joining them was Bill Jeffcoat, Life Changing Service Dogs for Veterans president.

“The Dairy Queen Chill and Grill was approached by some of our members, asking if we could put a donation jar in the store,” said Jeffcoat, a U.S. Marine Corps veteran. “Since then, we’ve been able to receive over $3,000 in donations.”

Coordinating the effort is Shirley Hruby, another LCSDFV member.

“With the pandemic, it’s been hard to fund raise. So this has been awesome. It’s consistent. It’s all the time,” she said. “People will put $20 in there. They’ll write, ‘Thank you to our veterans.’ ‘Thank you for doing this.’ ‘How can I help?’”

The money goes toward the substantial cost, about $25,000, of Guardian Angels’ two-year training program for each of the service dogs.

“They’re trained to mitigate the physical and cognitive injuries resulting from PTSD, traumatic brain injury, insulin dependence, mobility issues and/or a combination of those,” Jeffcoat said. “With the support that Western Pennsylvania has given us, we’ve been able to raise $1.7 million. We’ve paired 30 veterans with 30 dogs, and we have enough for 60 dogs.”

“The goal is to build a new campus where we can breed, raise and train medical service dogs,” Jeffcoat said. “We’ve exceeded the capacity to train down in Williston, Fla., so that’s why we’ve taken the initiative to build this new campus up here.”

Kellermann’s situation is indicative of what members of the service can face when they try to adjust to life after war.

As a member of the Army’s 19th Engineer Battalion, he spent much of his time in Afghanistan at numerous outposts set up in the Korengal Valley, a hot spot for fighting until U.S. forces withdrew from the region in April 2010.

“The Apache helicopters were absolutely annihilating the hillsides, mortar rounds upon mortar rounds,” he recalled. “If we weren’t getting attacked, the bases next to us were. Every day, it was some type of contact. I literally had a two-star general come up and say to me, ‘You are in the worst of the worst of all the war.’”

By that, the general meant American military operations throughout the world at the time.

The ordeal of spending so much of his time amid the dangers of the Korengal Valley – two of the outposts at which he was stationed, Restrepo and Vimoto, were named for soldiers who died there – weighed on Kellermann to the point where he barely could function.

Thanks to Pilot, he now can enjoy taking part in everyday activities that the rest of us tend to take for granted.

“Instead of waiting to go to Walmart at midnight, I could actually go during the day,” he said. “It’s not so stressful. And if I do start getting stressed out, the dog will lean into me or paw up on me. It actually gives me a moment to collect myself.”

And he wants to see as many other veterans as possible be able to overcome their issues in a similar manner.