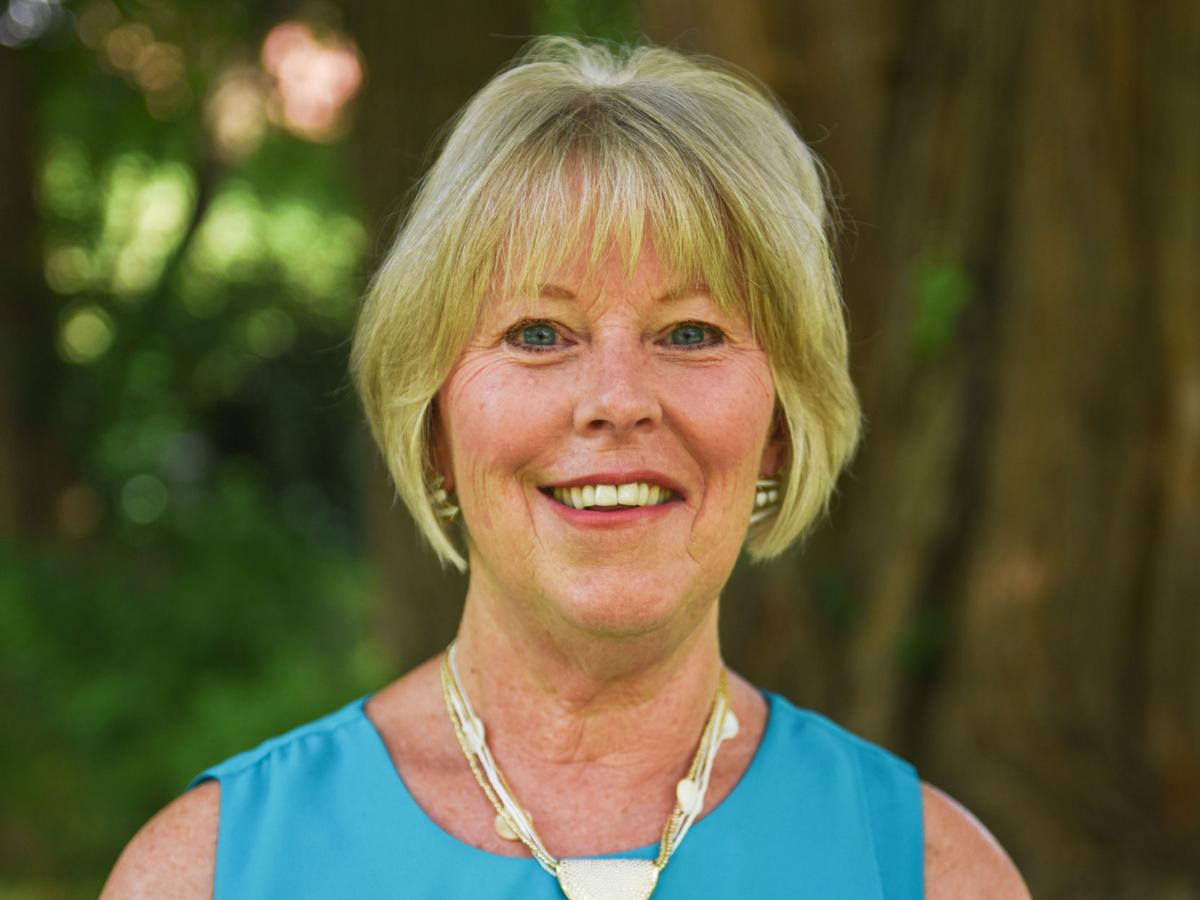 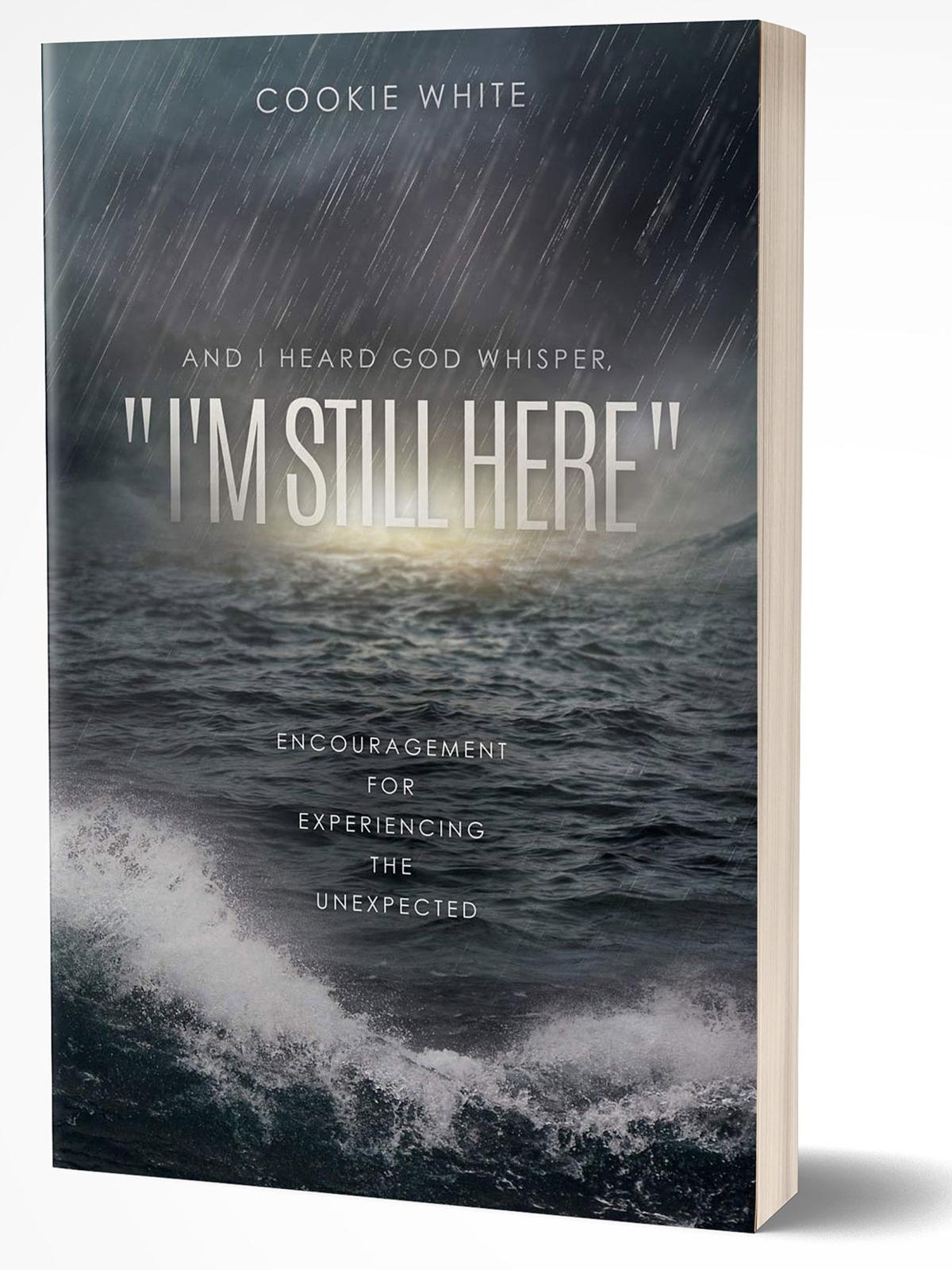 While in the process of writing her fourth book, Cookie White decided on the title of “And I Heard God Whisper, I’m Still Here.”

The Peters Township resident didn’t realize how relevant it would turn out to be.

“When I went for my regular mammogram in November, the radiologist had me there for quite some time, because she thought she saw a shadow,” White recalled. “She found it. It was biopsied. Within three days, we knew it was cancerous.”

Surgery Jan. 15 proved to be successful, as she emerged pain-free.

“And of course, COVID came in right on the heels of that, and my kids were very nervous, because I had beaten cancer twice,” she said, having also undergone treatment in 2003. “They certainly didn’t want me getting COVID.”

So she stayed home.

“I got a lot of inside jobs done that I had been dragging my heels on, the book being one of them, because I had been working on that book for about two years,” White said about her latest literary effort.

Her impetus for writing “And I Heard God Whisper, I’m Still Here” stemmed from a desire to share the Biblical accounts she’d heard as a child while growing up in Lynchburg, Va., where she attended Flat Creek Baptist Church.

“We learned those stories ever since I was knee-high to a duck’s tail, as they say in the South,” she said.

She especially wants to share with her granddaughters, residents of Ohio.

“I thought, well, that’s a nice idea, because the girls don’t live here, to retell those stories to them and then try to make them relevant for today,” White explained. “I think it’s important that you leave – call it a legacy; call it just remembrances – of how you believed, spiritually, because it seems like the world is getting a little bit further from that.”

Her telling of Bible stories are accompanied by personal anecdotes, some about her pair of fights against breast cancer, and devotionals, writings that help the subject matter apply to everyday life.

The first part of the books’ title is shared with White’s first such effort, “And I Heard God Whisper, Walk With Me,” published in 2010 with help and encouragement from husband Gary. He retired from his job that year and asked Cookie what she wanted him to do for her with his extra free time.

“I said, ‘Well, I’d like to take a lot of these devotionals that I’ve been writing each week, and bind them and put them in a book,’” she recalled. The reference was to what she’d started the previous year through her online Sounding Board Teaching Ministries for women, now simply the Sounding Board Ministry.

The subsequent positive response prompted Cookie – her given name is Judith, but she likes to go by her lifelong nickname – to follow up with 2012’s “Being Led Beside Still Waters,” another collection of devotionals. She wrote one of them for her father, Robert Garbee, who passed away shortly after the book’s publication.

Four years later came “Why Jesus? Why Now? The Relevance of Christianity in the Twenty-First Century.”

“It really dealt with questions of the faith, because one of my children started doubting her faith,” White said. “So I thought I’d better answer some questions.”

She earned her bachelor’s degree in elementary education and is retired from teaching, including at Hillcrest Christian Academy in Bethel Park. She has served as a facilitator in numerous Bible studies and as a keynote speaker at women’s retreats, and in 2013, she was certified as a women’s life coach.

And of course, she has added “author” to her résumé.

“You just hope you do justice to it all, because I’m not a professional writer,” she said. “I’m just a person who writes from my heart and writes the things God gives me.”