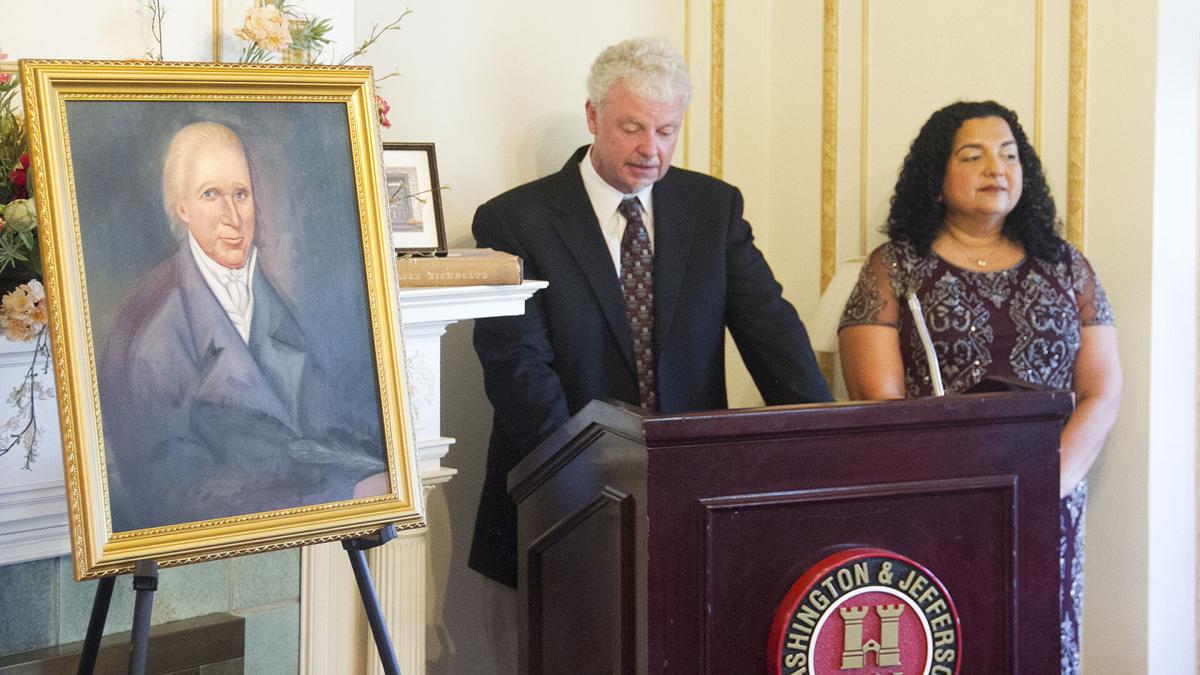 Dr. Andrew Allison speaks about the portrait donated to Washington & Jefferson College by him and his wife, Minna. 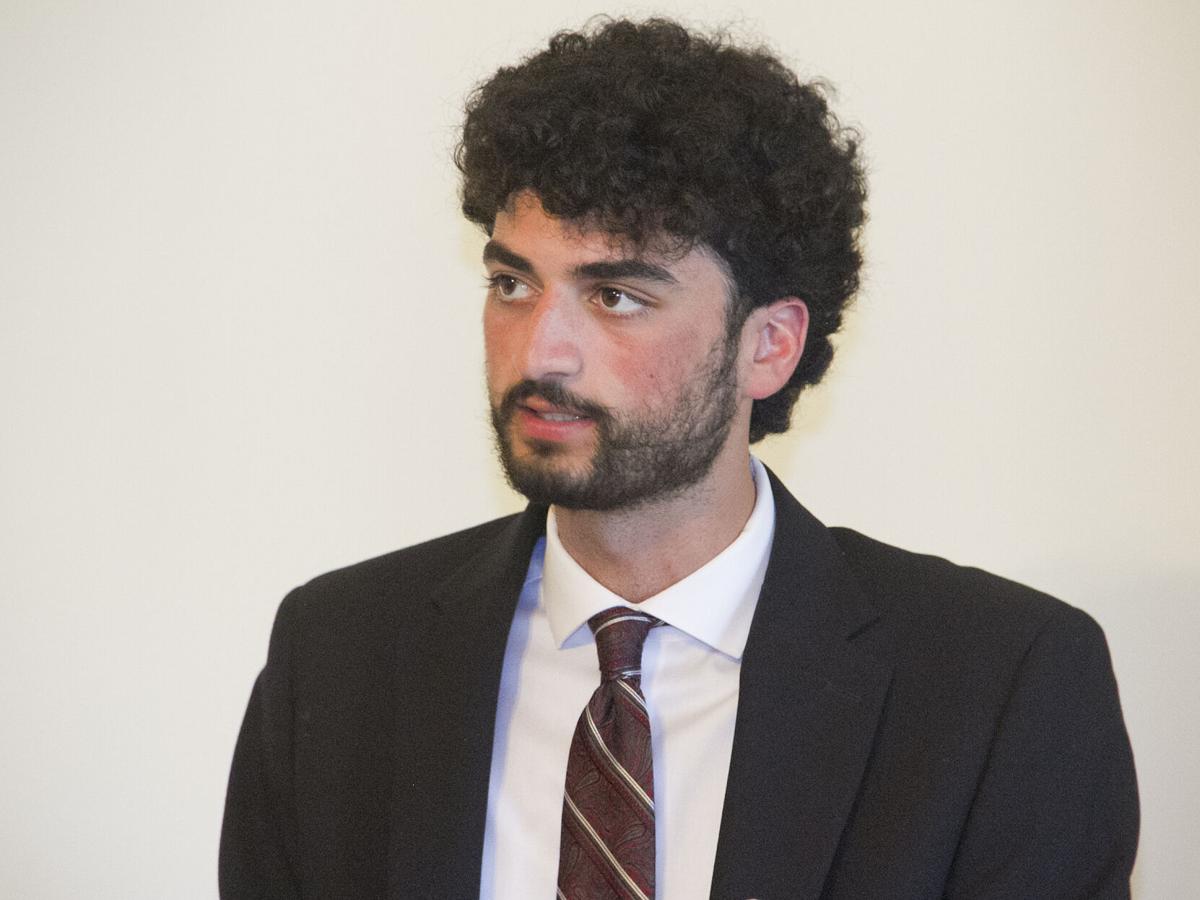 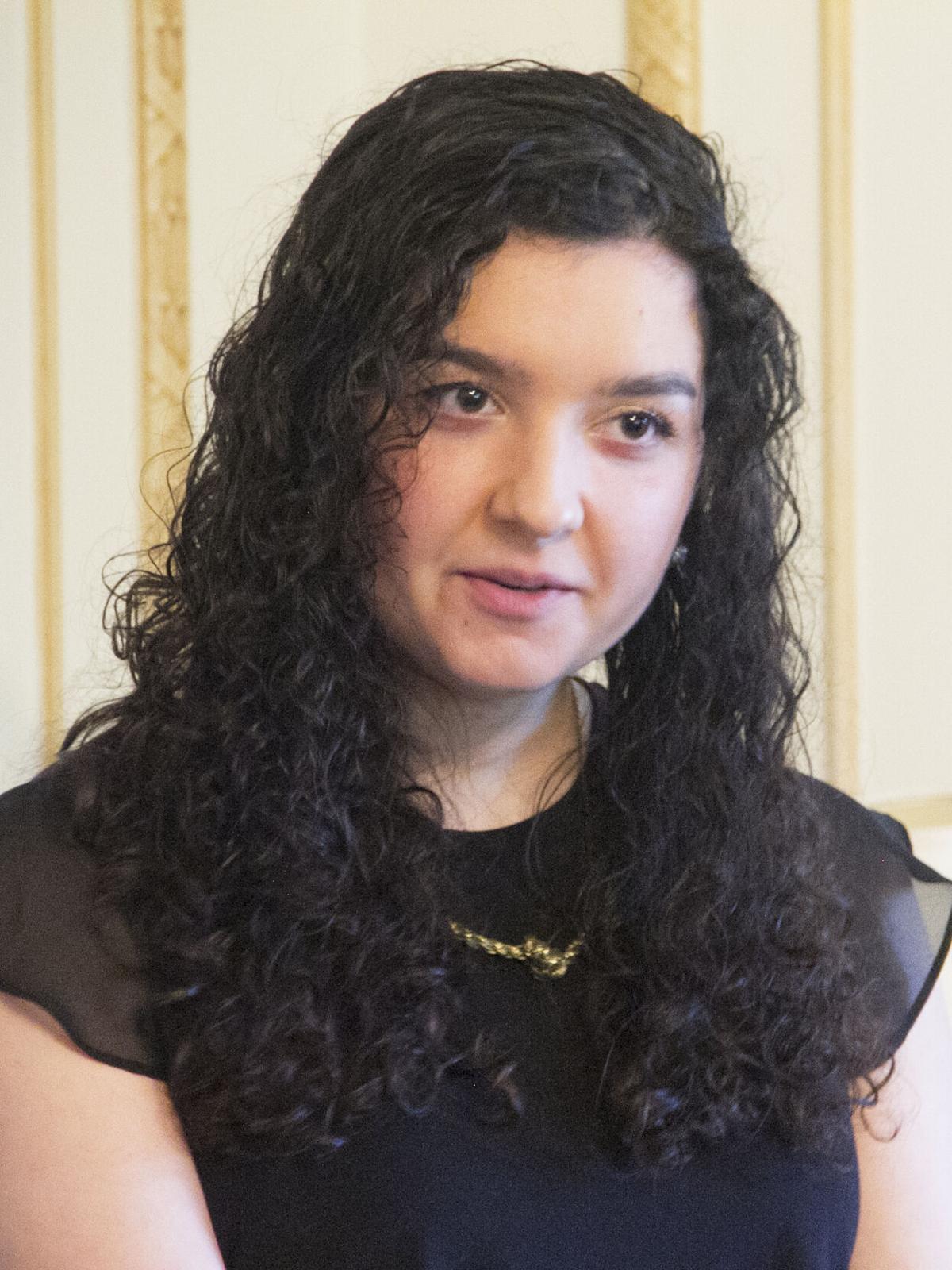 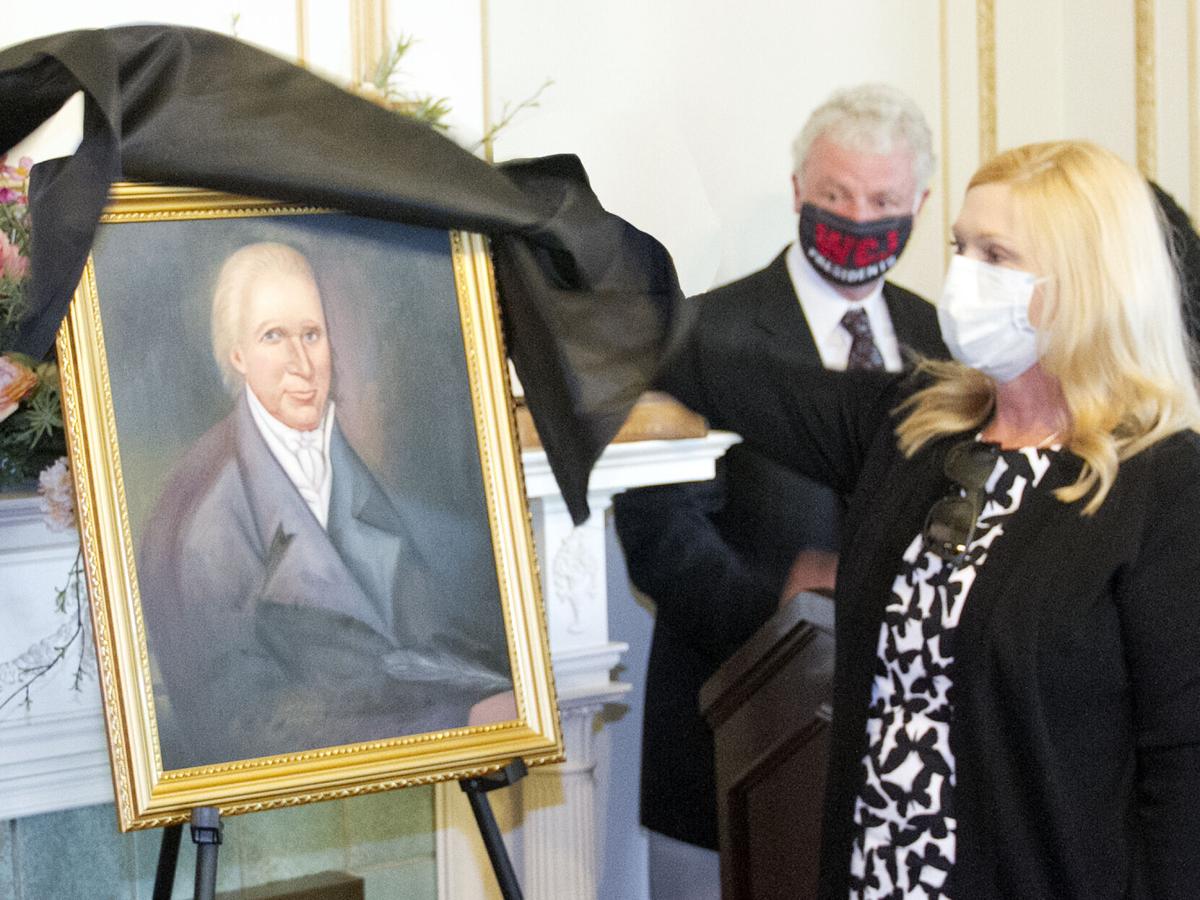 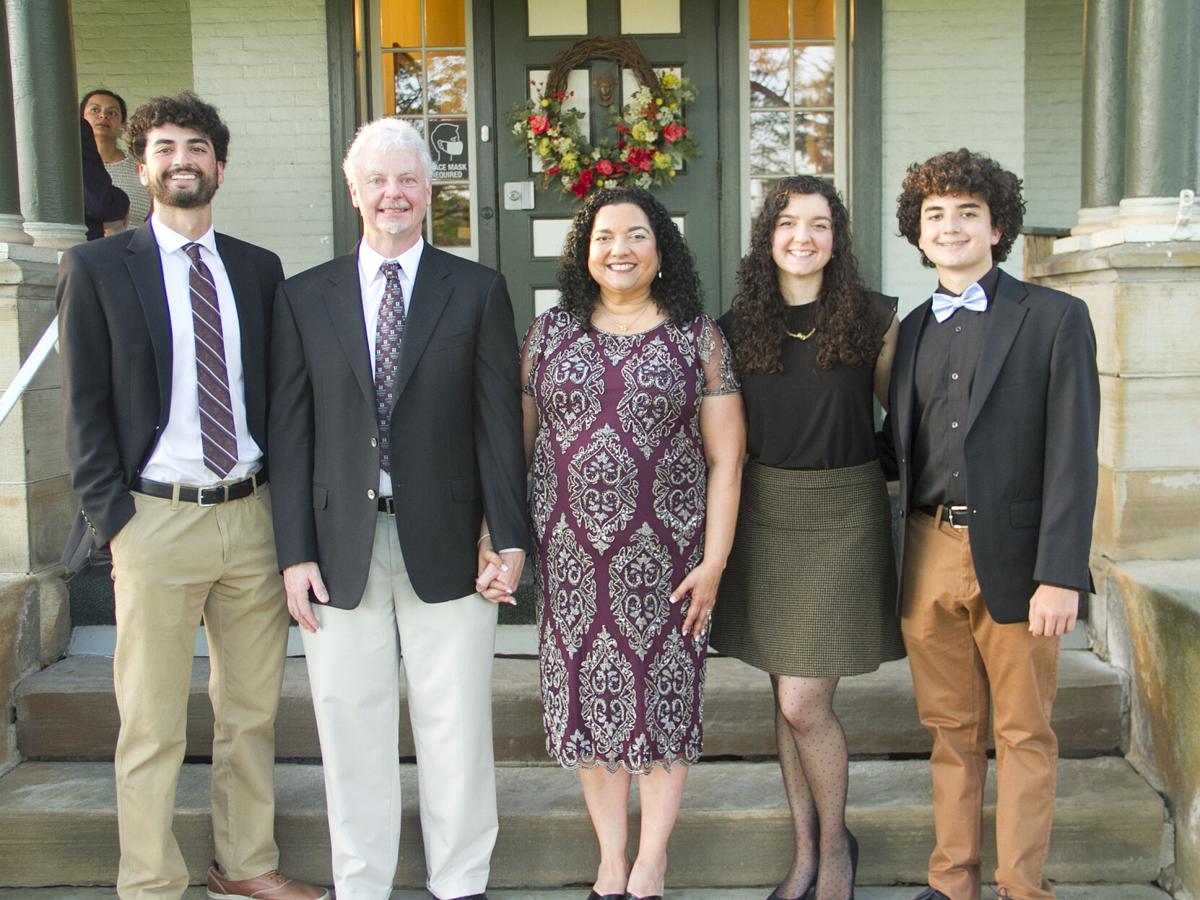 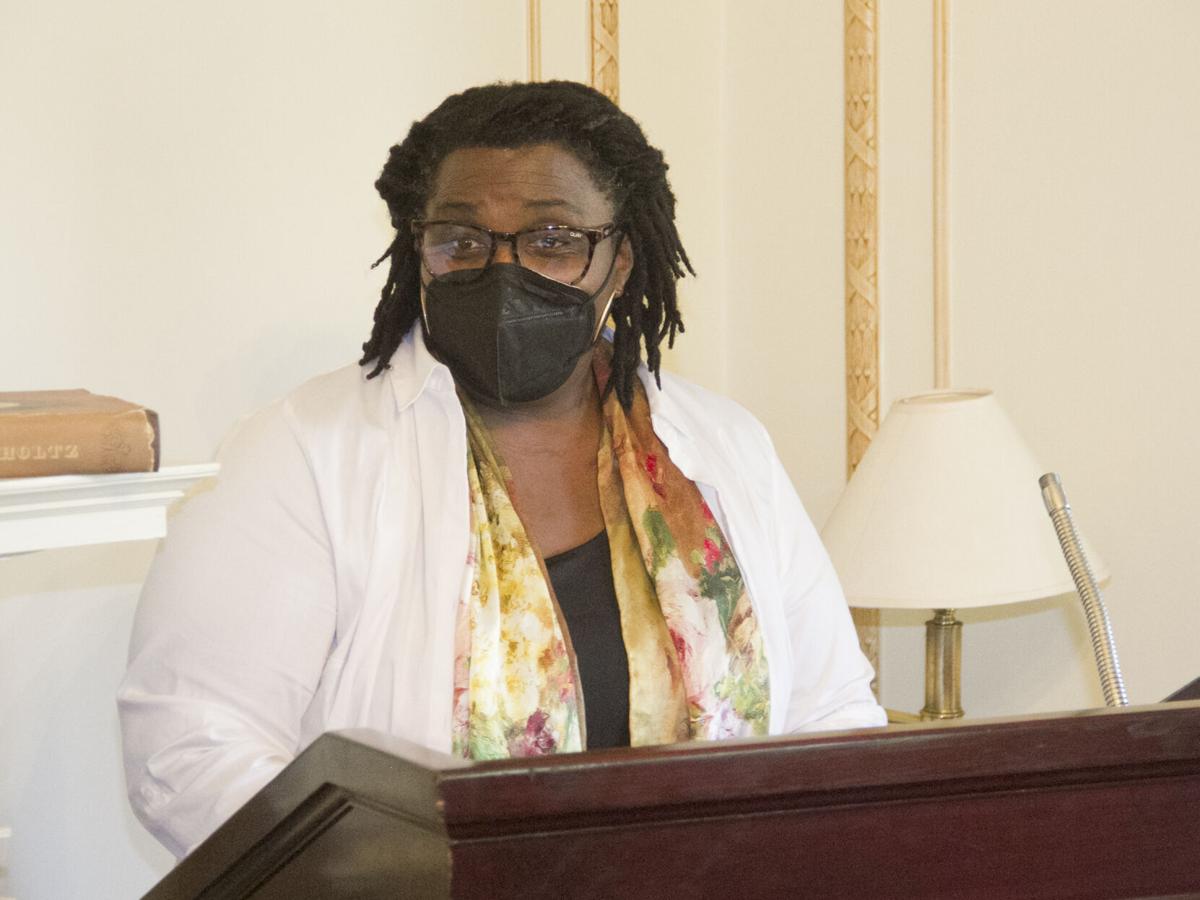 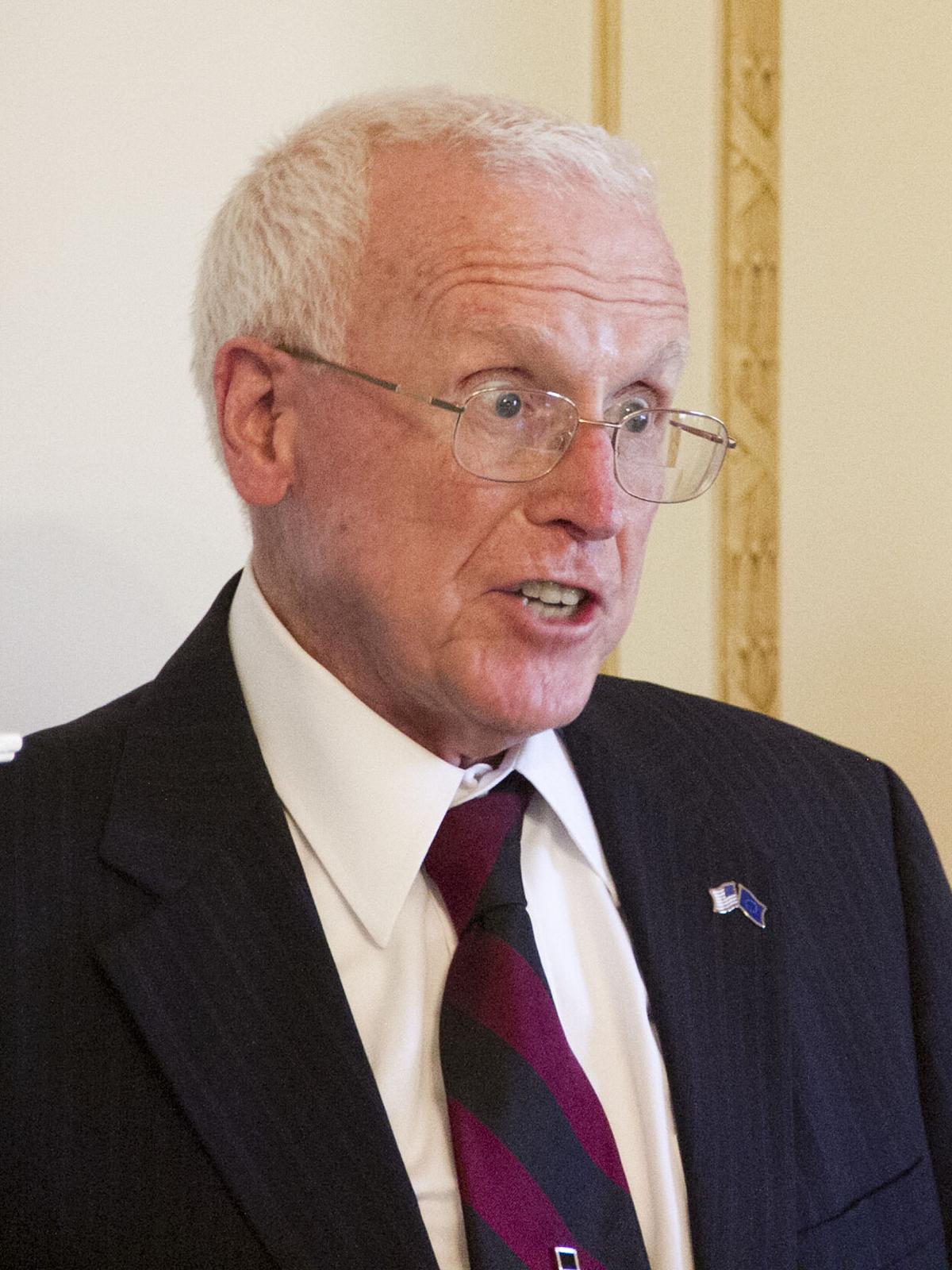 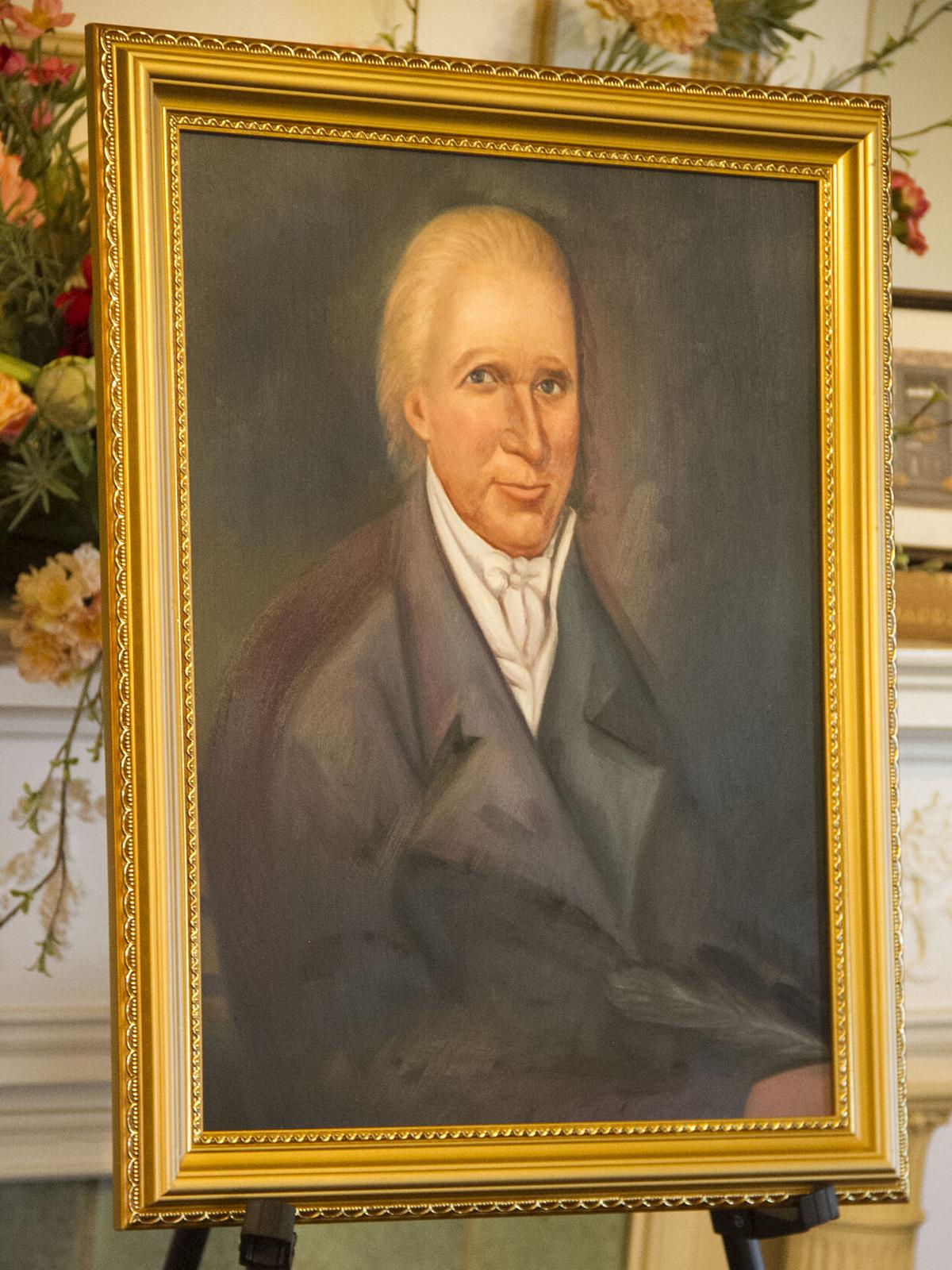 Dr. Andrew Allison speaks about the portrait donated to Washington & Jefferson College by him and his wife, Minna.

In accepting a specially commissioned portrait of an early trustee of both schools became Washington & Jefferson College, Dr. John Frazier made a promise to the donors.

“We’ll find a good place for it, and we won’t lose this one,” he said.

His guarantee drew good-natured laughter from the small group gathered May 20 for the unveiling of an oil painting depicting Col. James Allison, one of Washington’s most prominent residents during the late 18th and early 19th centuries.

Donating the portrait were Minna Allison and her husband, Dr. Andrew Allison, James’ great-great-great-great-grandson. The Peters Township residents are W&J alumni, and when they were students, they recalled seeing a painting of the colonel displayed in the foyer of the campus president’s House.

In 2017, when the college accepted their son, Grant, the Allisons asked about the artwork. It never turned up, despite a concerted effort to locate it.

So they decided to have a new one produced and donate it to W&J in conjunction with Grant’s graduation this spring as the eighth generation of his family to earn a degree from the college.

The dedication ceremony took place at the Barron P. McCune Alumni House on the W&J campus, with trustee emeritus Frazier, a longtime friend of the Allisons, making the formal acceptance.

According to Minna Allison, the original painting of Col. James Allison was donated to the college by members of the Bloch family of Wheeling, W.Va., best known for producing Mail Pouch chewing tobacco. They were attending an art auction in San Francisco, recognized the colonel and brought his image back east.

The portrait is featured with a 1908 article in the Washington Reporter about the colonel, calling him “a very prominent citizen in his day” and noting he married a sister of David Bradford of Whiskey Rebellion fame.

During the dedication of the new painting, Andrew Allison provided further details about his ancestor, who born in Northern Ireland in 1743 and lived to be 77. James attained the rank of colonel while serving in Washington County militia during the Revolutionary War, and some of his other accomplishments include:

“He was a strong advocate for joining the two schools, which later, as we know, happened in 1865,” Andrew said.

Grant Allison also spoke about his ancestry, noting he is “the eighth first son of a first son” to graduate from Washington & Jefferson. He is continuing his education at the Widener University Delaware Law School.

His sister, Cecelia Allison, was another speaker during the dedication ceremony.

“This donation not only connects our family’s traditions and legacy to the college that brought my parents together, but it also shares a piece of our home with W&J. Thank you, my Aunt Amy, for introducing them,” she said, referring to Amy Allison Sanders, Andrew’s sister. “Thank you, W&J for providing an education to my parents and my brother. And thank you, Col. James, for being part of W&J’s origins.”

Serving as master of ceremonies for the event was Robert Dodge, a retired Washington & Jefferson professor.

“I’m always impressed by a school that was founded in the late 18th century, and the legacy and traditions that it has,” he said. “I think the Allison family represents that very well, and I’m proud to know them.”