Skip to main content
You have permission to edit this article.
Edit
Welcome, Guest
News
Sports
Life & Culture
Events Calendar
Lottery Results
Fish Fry Map
Weather
Sponsored Content
Classifieds
e-Edition
South Hills Living
Get Our Newsletter
Get the Almanac
Advertise With Us
Submit Content to The Almanac
Contact Us
About Us
1 of 9 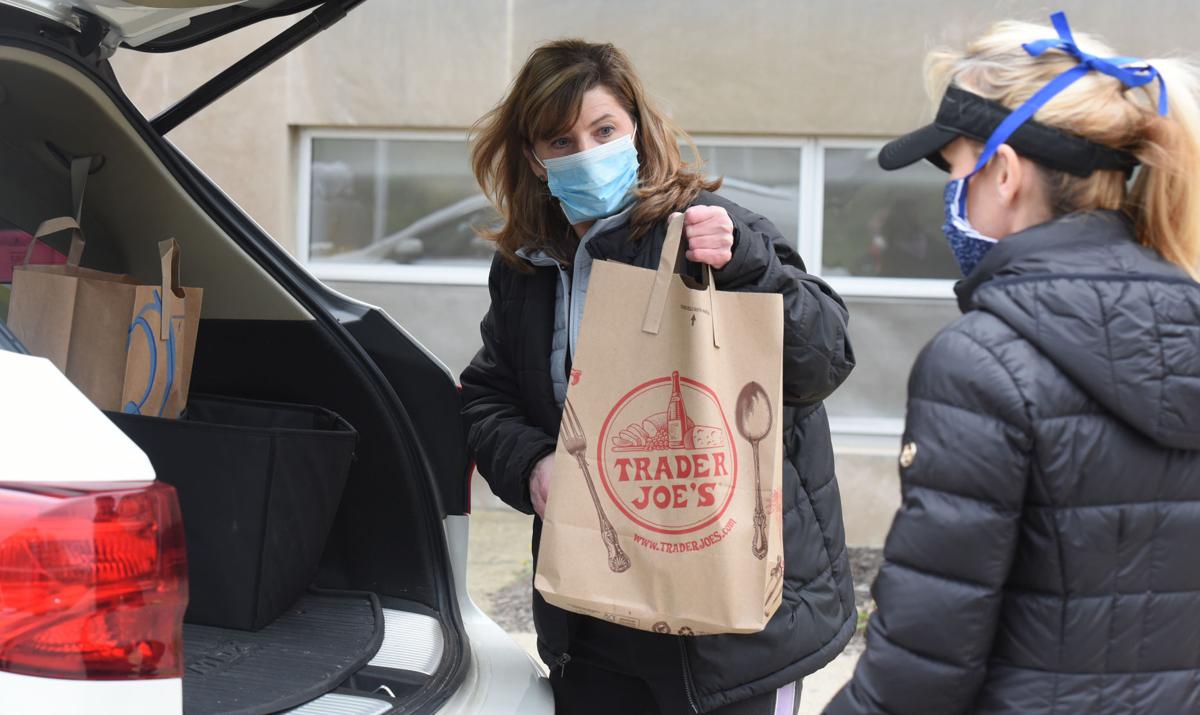 Beth Mary hands a bag of items from the car trunk to a volunteer during the Peters Township food drive. 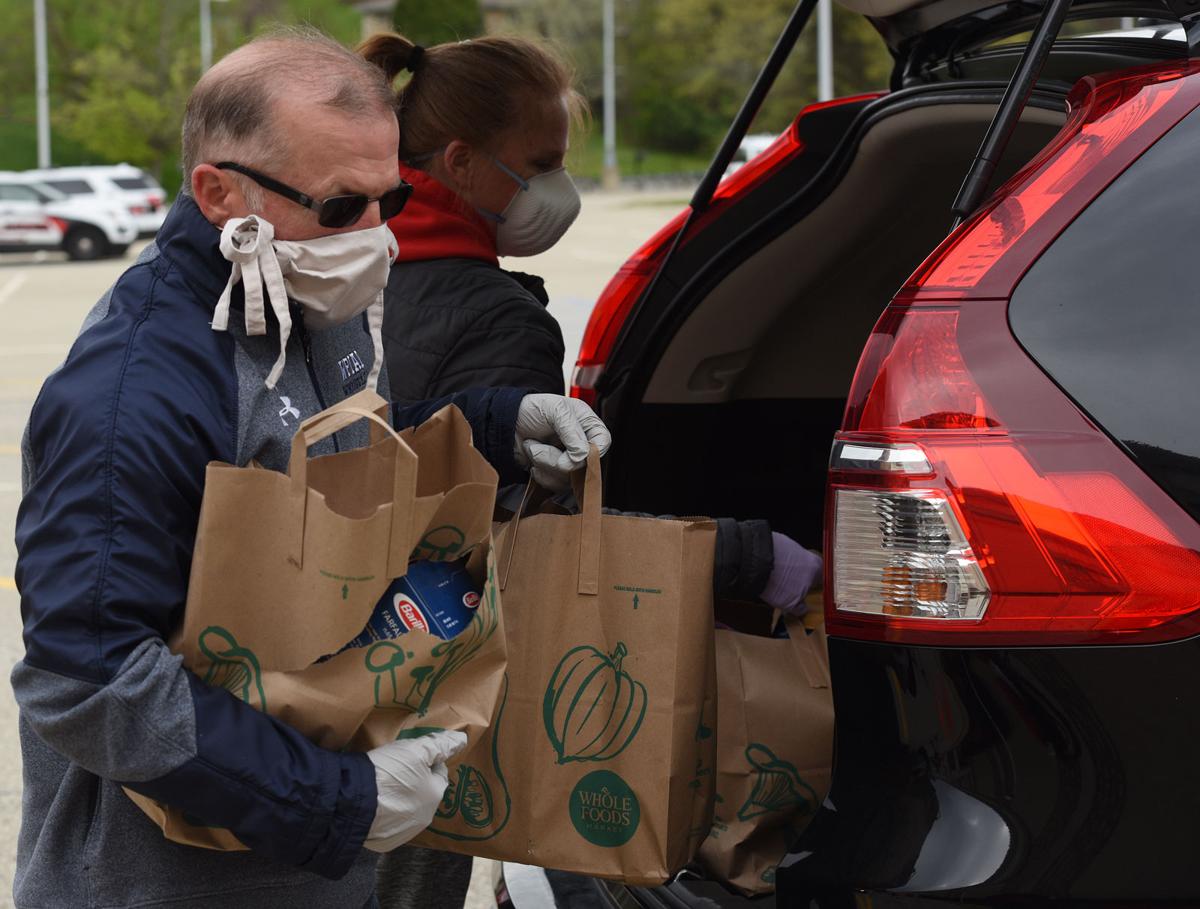 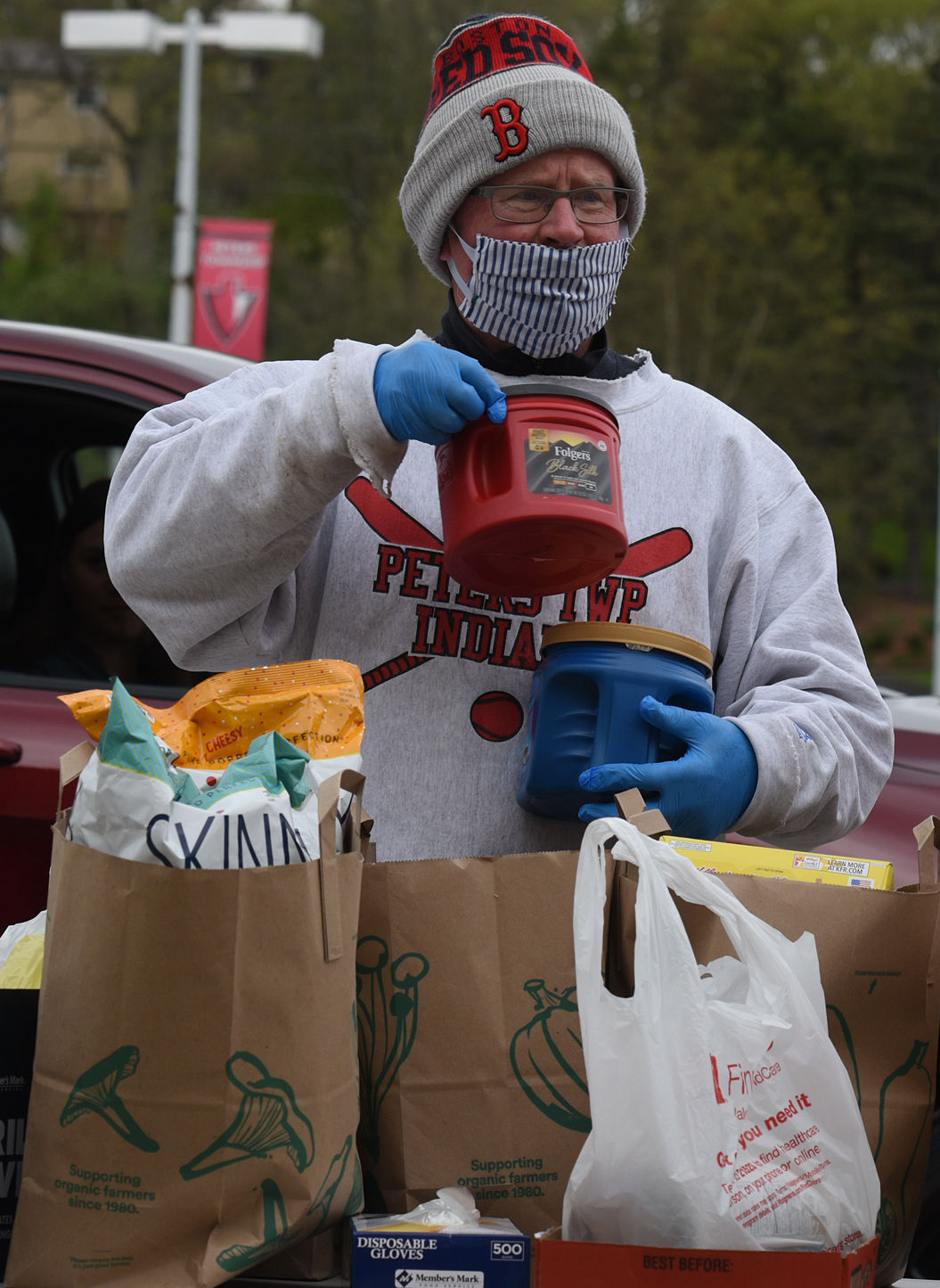 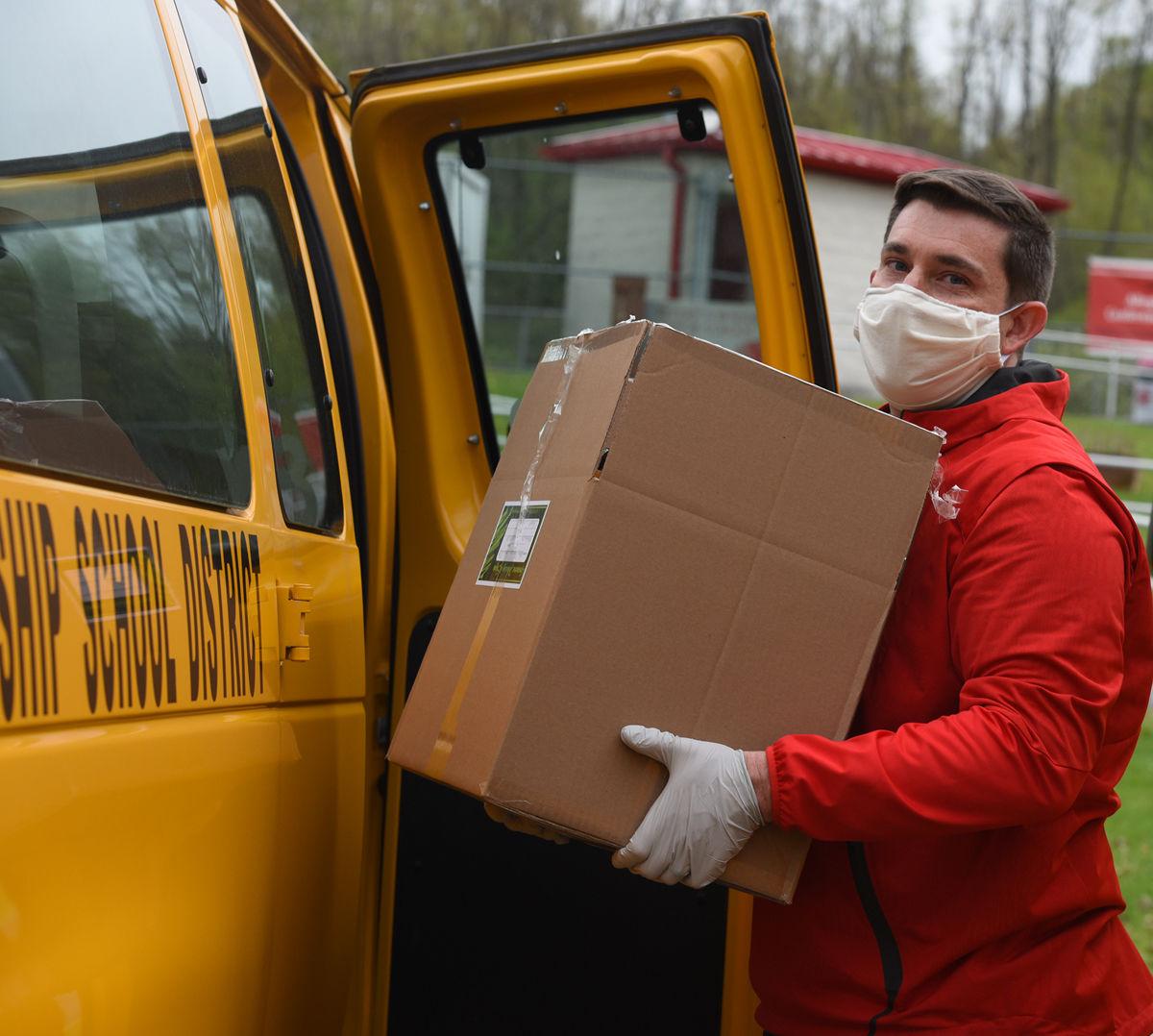 Peters Township athletic director Brian Geyer loads up a van with some of the items to be donated to area food pantries. 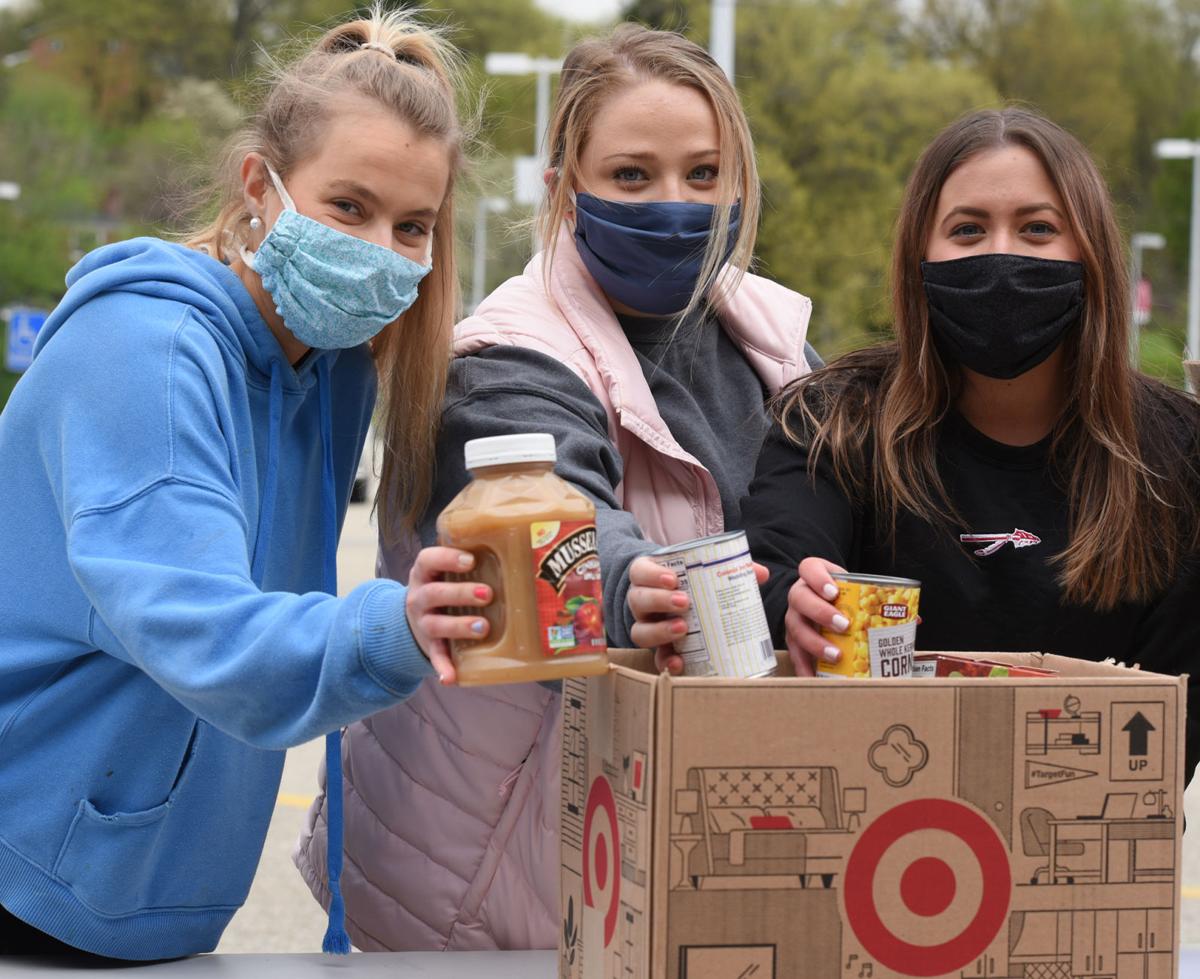 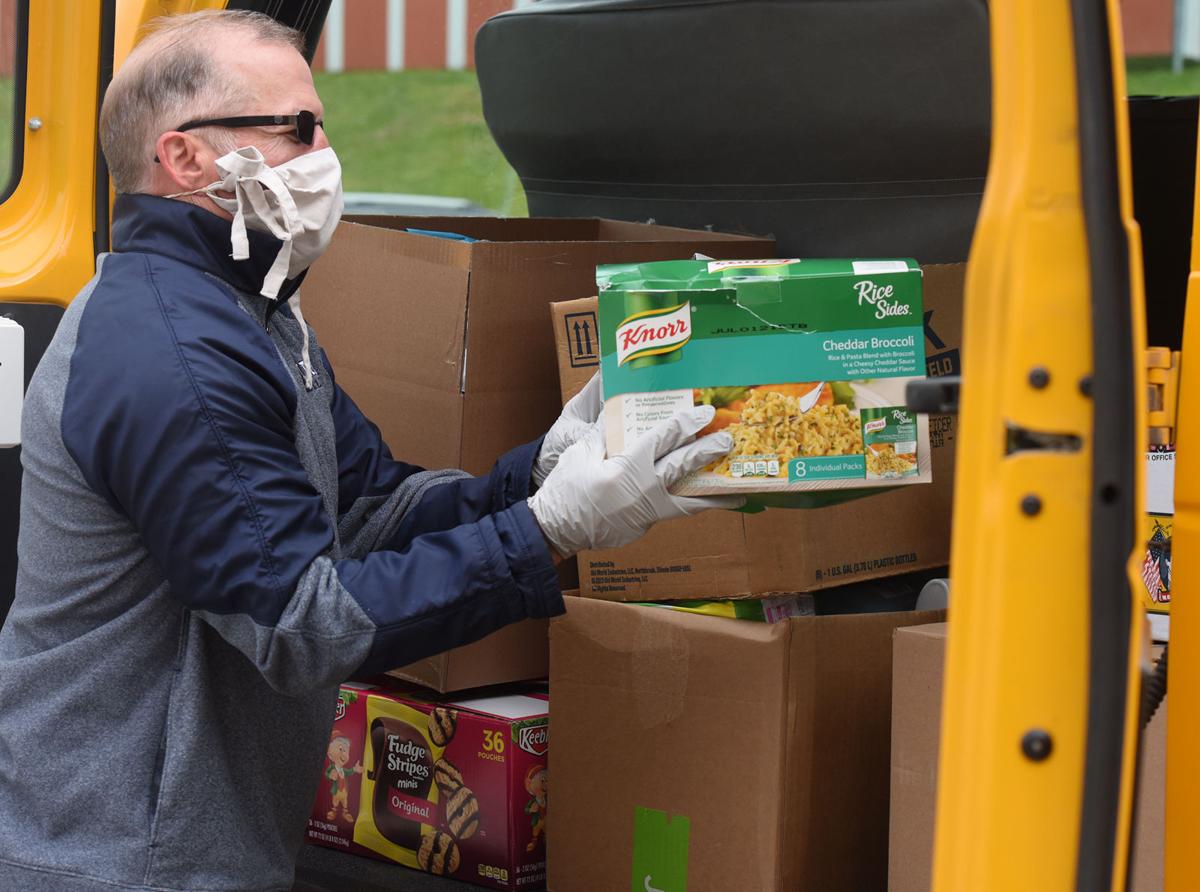 Phil Mary arranges items in the back of a van being packed with food donations. 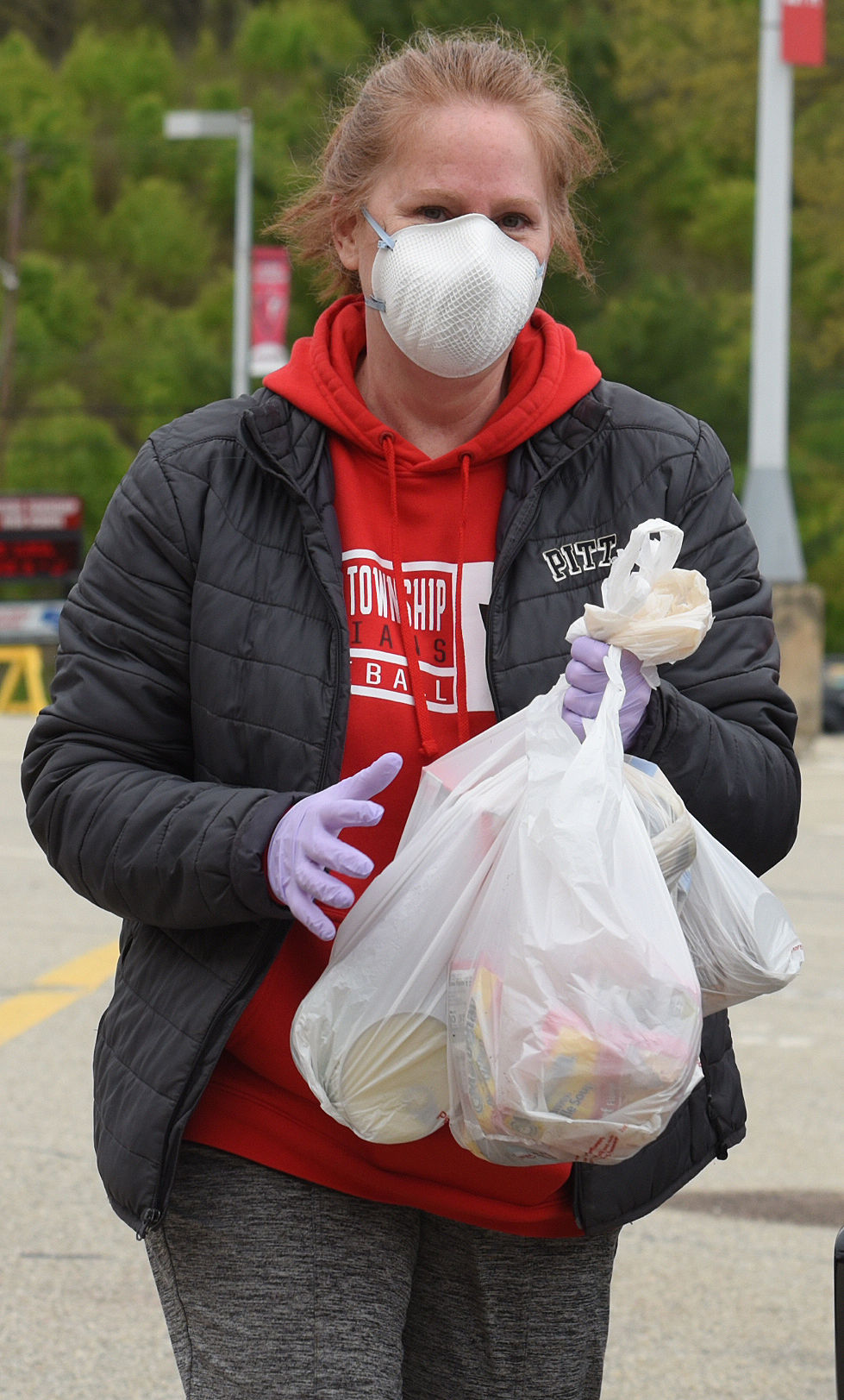 Beth Ciocco carries a bag of groceries to the sorting area. 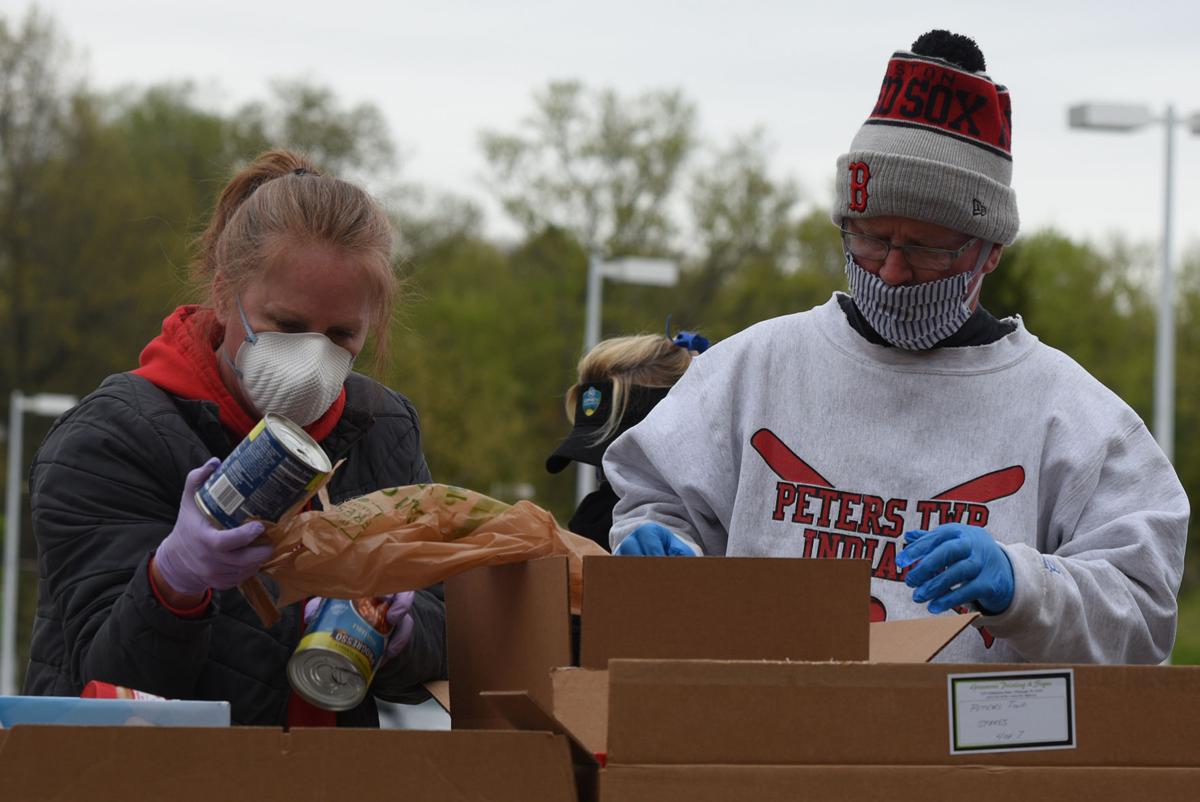 Beth Mary hands a bag of items from the car trunk to a volunteer during the Peters Township food drive.

Peters Township athletic director Brian Geyer loads up a van with some of the items to be donated to area food pantries.

Phil Mary arranges items in the back of a van being packed with food donations.

Beth Ciocco carries a bag of groceries to the sorting area.

A Peters Township school bus and mini van traveling south in tandem along Route 19 Wednesday appeared out of sync considering all learning institutions across the state have been closed since mid-March because of the coronavirus pandemic.

The little caravan, however, packed a punch.

The vehicles were loaded with supplies collected the day before during a food drive organized by the high school spring sports teams, boosters groups, Parent Teacher Student Association and athletic department. The intent was to restock the already stressed food pantries in Washington County.

“This is going to benefit everybody,” said Lindsey Mary.

“It’s turning something negative into a positive,” added Beth Ciocco. “Certainly this is going to a group that really needs it. A lot of people are really hard hit these days.”

Statewide, more than 1.7 million unemployment claims have been filed since the week ending on March 21, a spike that continues to climb due to the COVID-19 crisis.

“Unfortunately this drive is because so many people aren’t working,” said Beth Mary. “You see the lines on TV and other things like that. For a lot of people, this is impacting them quite a bit.”

Mary noted that she and her husband, Phil, are fortunate, as they still have their jobs and are drawing a paycheck. Phil is a high school principal at Charters-Houston High School while Beth is a medical sales rep. Normally, she would be going to hospitals and working with nurses. Now she is working at home.

Beth Mary was the brains behind the food drive. Representing the softball boosters’ group, she approached athletic director Brian Geyer. She asked to organize the other sports groups since Gov. Tom Wolf closed schools for the year and the Pennsylvania Interscholastic Athletic Association, which organizes all high school activities, canceled the culmination of the basketball season as well as all spring sports.

Geyer was receptive to the idea. He noted that because there would be no games this spring, food purchased for the concession stands was going unused. Plus, the school emphasizes service in addition to academic and athletic excellence. Participating in a service project is part of the curriculum and required of all students prior to graduation.

“We had all this extra food and this basically was service. So it fit in with our whole scheme,” Geyer said. “We are a high, achieving academic school district. We have good athletic programs. The third piece of that is service to others. This is just building on to that. It’s great to see. It makes full citizens.”

While social distancing required limiting the number of volunteers allowed on site, adults as well as teen athletes, all wearing protective face coverings and gloves, worked feverishly. They unloaded car trunks filled with items ranging from toiletries, such as shampoo, toothpaste and deodorant, to non-perishable foods, such as canned fruits and vegetables, canned tuna, boxed side dishes and peanut butter.

Within 90 minutes, they collected and boxed up an abundance of supplies that they required an upgrade. A full-size bus was added when organizers realized two vans would not be sufficient. Every seat and all the floor space in the vehicles brimmed with boxes.

“We had an awesome response,” said Mary. “We live in a very generous community, and I think people really did want to help.”

Collecting supplies for the Finleyville Pantry as well as the Washington County Food Bank helped take the sting out of a lost school year. Baseball, fencing, tennis, softball, girls’ basketball teams and boosters along with the PTSA participated in the food drive.

“What better way to bring our sports teams together and the community to try and do additional outreach,” Mary noted.

“It’s been tough keeping the spirit of the kids up. It is especially horrible for the seniors. My heart breaks for them,” added Ciocco.

“They are a great group of kids and they should be having the time of their lives. They should be enjoying everything that their senior year should provide and the excitement of going to college and it’s all so up in the air. My heart goes out to them.

“We are doing our best though for them. It’s nice to have an opportunity like this to do something a little more positive during tough times.”

“With the pandemic happening and ending my season and stopping my school year early, it’s affecting everything but not giving back. Coming out and helping is good because everybody needs it.”