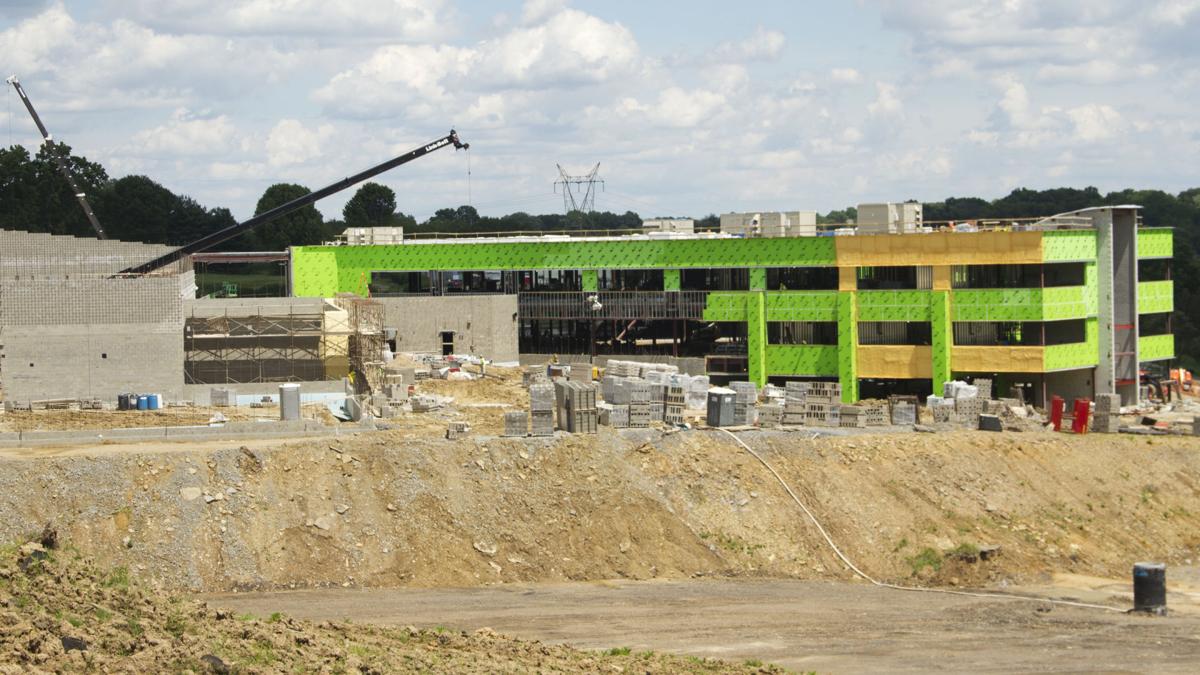 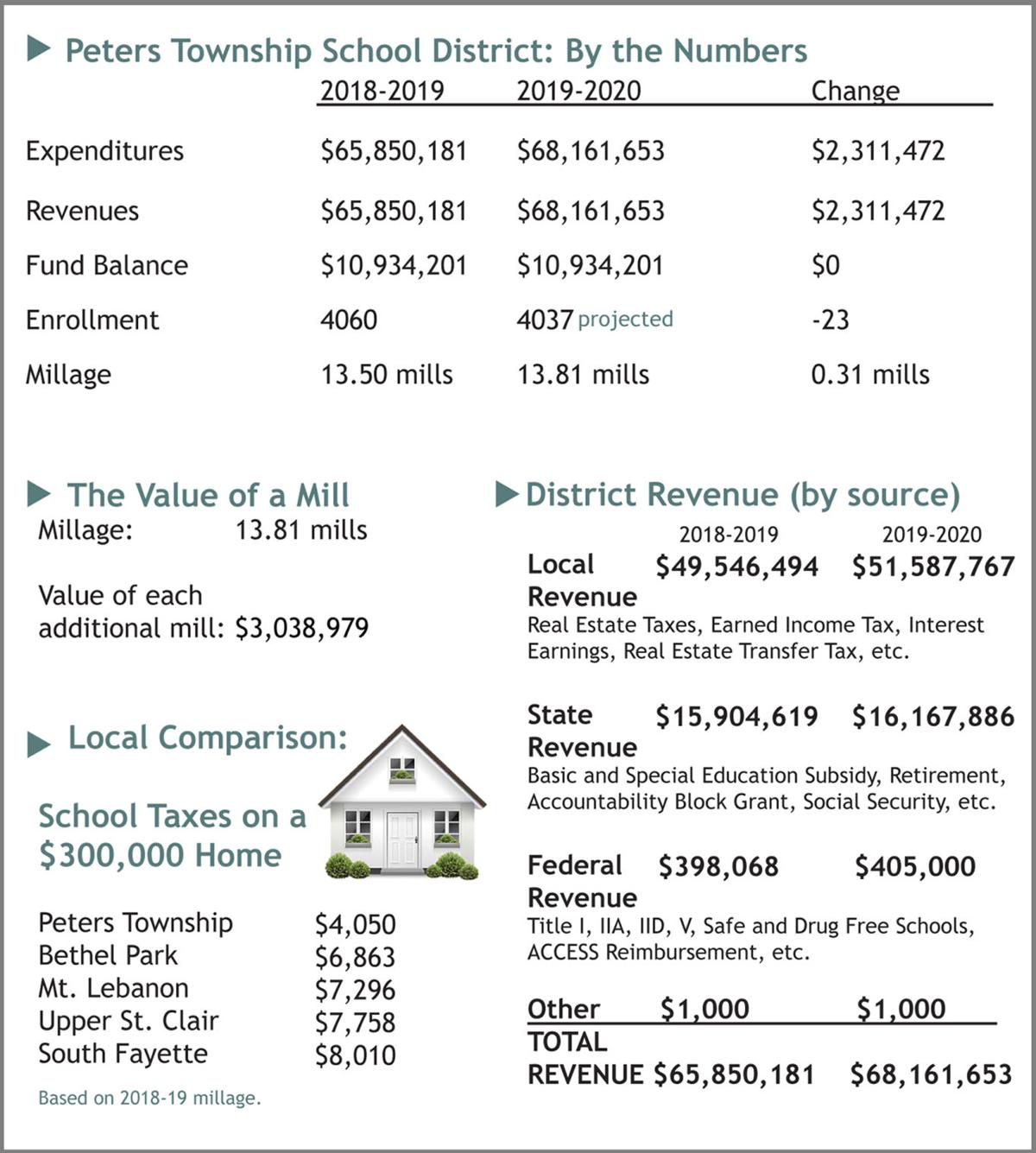 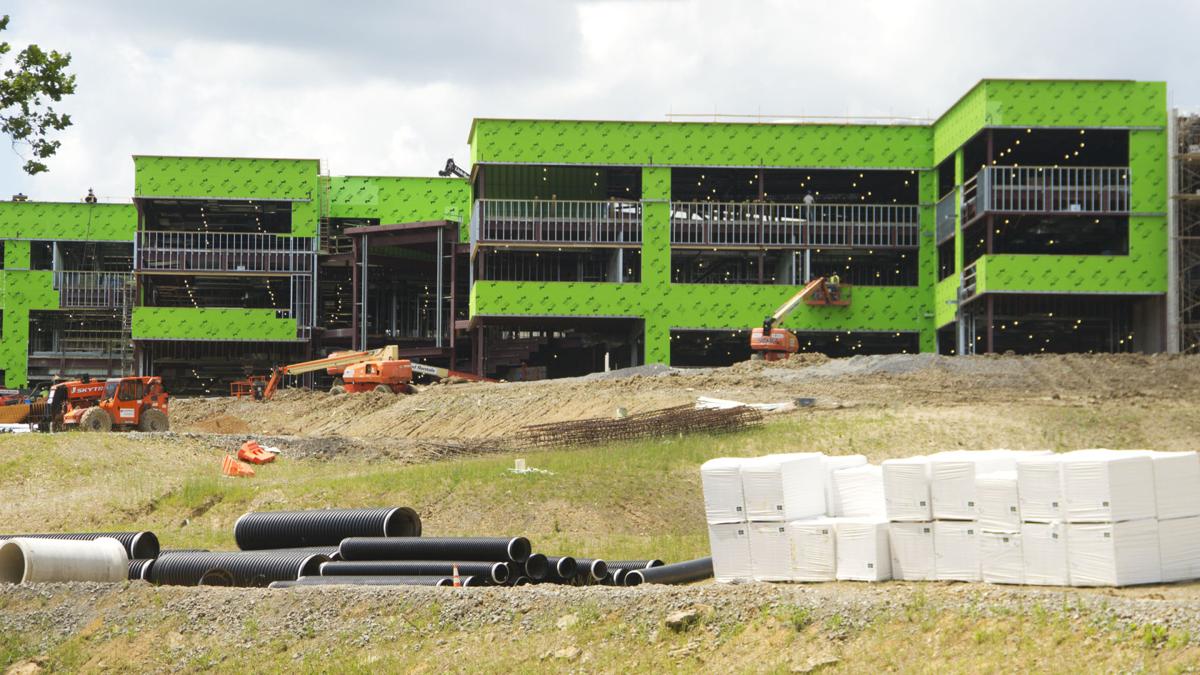 Despite some delays caused by a rainy June, the Peters Township High School construction project appears to be in good position to meet its next milestone in a timely manner.

Roshelle Fennell of Reynolds Construction LLC, construction management firm for the project, said at the June 24 school board meeting the new building should be enclosed in plenty of time so that work can proceed on the interior during the winter toward a targeted completion in fall 2020.

The weather was responsible for postponing facets of the project including delivery of long-span joists for the main gymnasium, installation of structural steel in the fine arts wing and starting bricklaying for the academic wing, which Fennell said is about three weeks behind.

“In the overall scale of that project, I’m still happy with that,” she told the board.

The meeting’s agenda included approval of several change orders from contractors related to the project, in progress at the former Rolling Hills Country Club property off East McMurray Road. Including one resulting in a credit to the district, the net addition to the project’s cost is $67,219.73.

Built into the project is a contingency fund for change orders and other unanticipated expenditures, currently standing at $1.4 million, according to the Rev. Jamison Hardy, who chairs the school board’s finance committee. He said, though, he objects to some of the requests for payment.

“They come asking us to approve these change orders when, in my reading of this, these are things that are responsibilities of other people,” Hardy said.

“That’s when they find things. And actually, a lot of times things are found that are just corrected at no cost,” he said. “They’re helping us find the right way to do it. And we’re working with them, in conjunction with the contractors, when they identify these things.”

In other business at the June 24 meeting:

With the increase, the owner of property assessed at $300,000 pays an extra $93 for the coming year.

“In my whole time serving on this school board, this is the one area that continually impresses me with the administration. When we get our audit every year, you hear me highlight the expenses versus projected,” Hardy said. “And for the taxpayers, I can tell you that there is no better tax money spent than when your administration is able to hold tight to the budget and still perform, as last year, being the No. 1 school district in the state.”

Last year, Peters Township had the highest Pennsylvania System of School Assessment scores, combined for all grades and all subjects, in Pennsylvania.

The remaining unreserved, undesignated fund balance is an estimated $2.434 million.

Tracy Bidoli was reappointed as the district’s director of transportation and Robert Conley as supervisor of buildings and grounds, both for three-year terms.