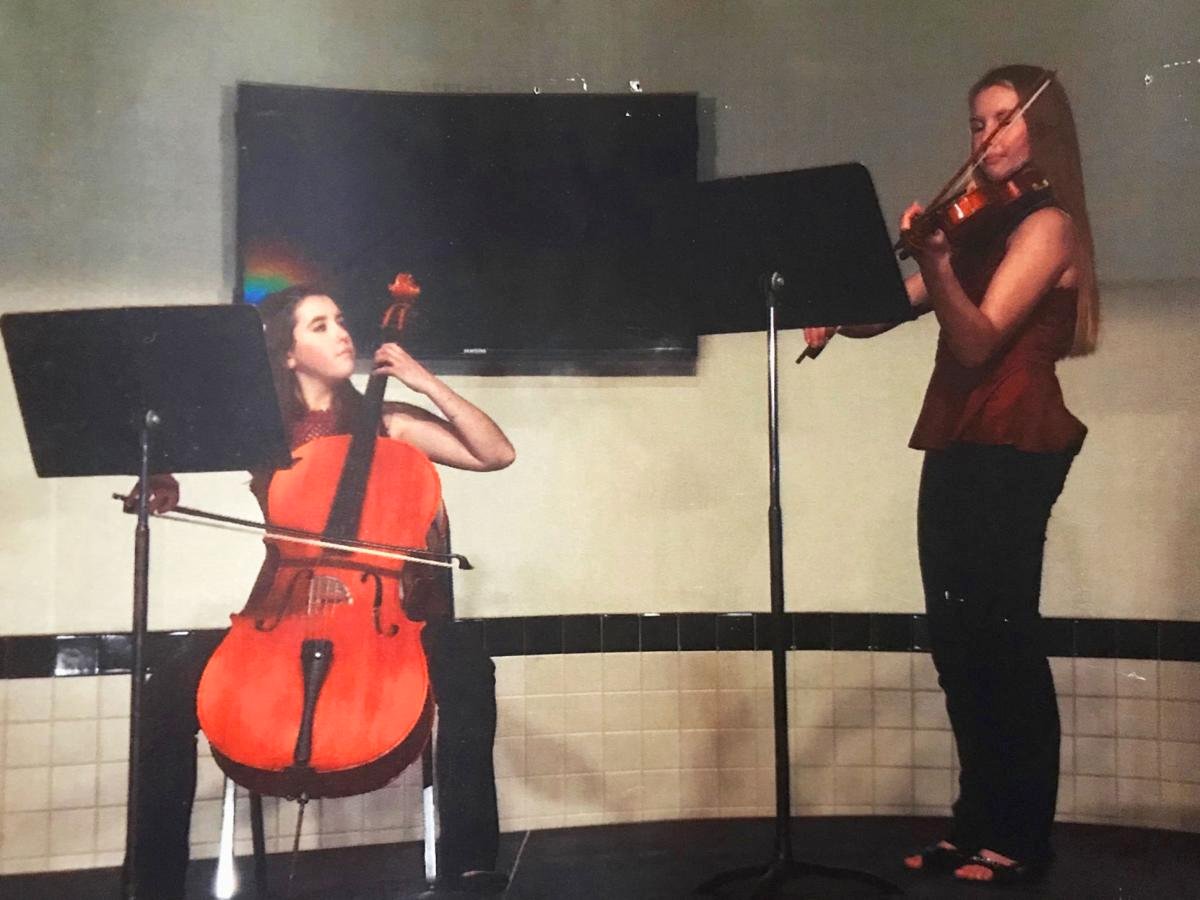 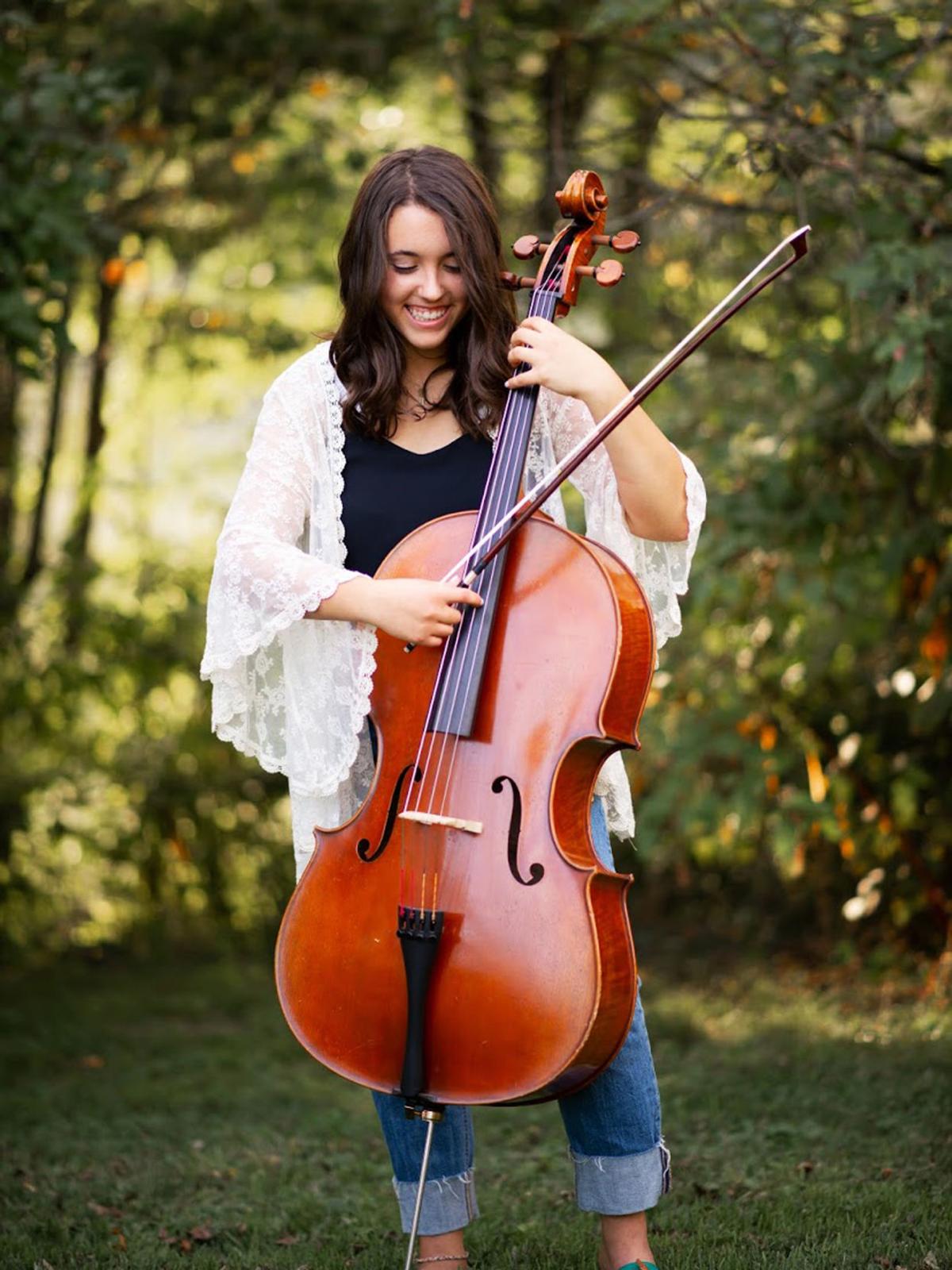 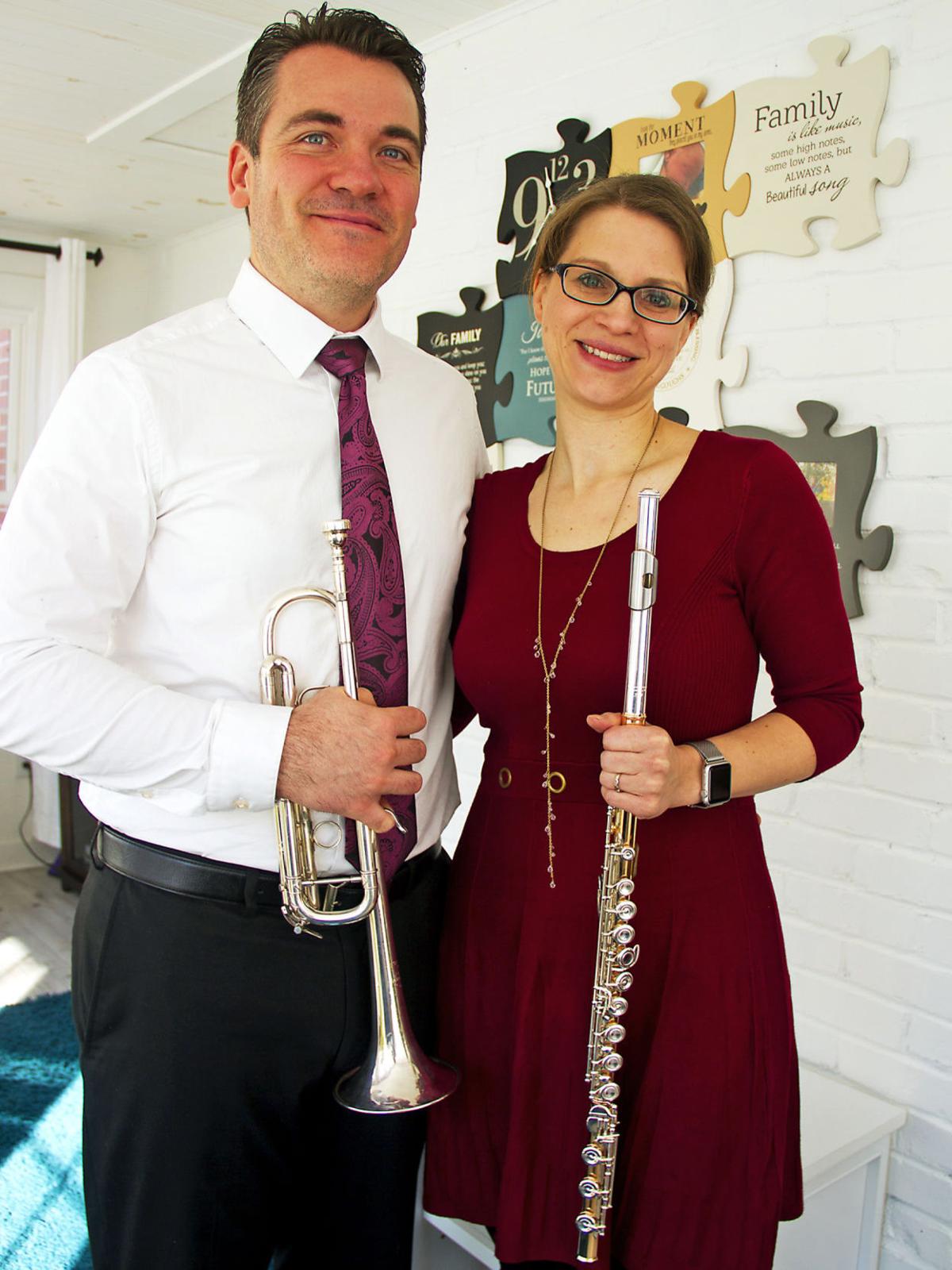 Stephen McGough and his wife, Julie, both are musicians.

Stephen McGough and his wife, Julie, both are musicians.

Online learning has made significant strides during the COVID-19 pandemic, but what works for one educator doesn’t necessarily work for another.

“You need to have instantaneous feedback in both directions to make music together,” he said.

With various technical issues making group rehearsal all but impossible, some of McGough’s students are going a different virtual route by making videos to share with fledgling musicians.

The efforts represent an extension of the high school’s Music Mentors Club, started five years ago to help enhance the learning experiences of the school district’s younger orchestra students.

“The third-graders are choosing an instrument next year, so I put together a cello video, just some little song excerpts so that they can see what it’s all about and show them what they might be doing next year,” senior Kaylee Petro said.

She happens to be particularly qualified to demonstrate her instrument of choice: Kaylee placed sixth in Pennsylvania Music Educators Association All-State Orchestra via online audition.

Her friend and fellow senior Juliette Langley has been recording lessons, demonstrating certain violin techniques while imparting what she hopes is an inspirational message for aspiring musicians:

“I’ve made it. I started violin when I was in fourth grade. I stuck with it and I loved it.”

McGough, who lives in Bethel Park, cited retention as an issue as students progress through their school’s orchestras, to the point where just a handful of seniors continue to participate.

So when he became high school orchestra director, he posed the question, “What was it that made you want to stay, and what has the greatest impact on you?”

The answer was that they enjoyed their opportunities to work with older students.

“It was motivating,” McGough said. “It helped give them a vision of where everything was headed.”

One of his violin students at the time was Sneha Hoysala, now a junior chemistry major in Duquesne University Honors College. While in elementary school, she participated in a program through which young musicians would visit the high school, and have student mentors critique their performances and offer recommendations.

“I figured it would be really great if we tried to at least come up with a way to open up that opportunity again. That’s kind of what the intention was in starting it,” she said about the Music Mentors Club.

Sneha also wanted to do her part to help preserve the presence of arts in education.

“That was definitely a huge motivation for me to start this program,” she said. “No matter what your intention is for music, to pursue it later in life or just trying it out, I think having that sort of knowledge and background is definitely worth taking. I think there’s a lot of community that’s built from it.”

Kaylee said she has seen that transpire during her experience as a music mentor.

“When I was a freshman, we went to the sixth grade during their rehearsals, and we got to help them. Now that I’m a senior, this is the first year I get to see those kids in high school with me. So I’ve known them for years,” she said. “It makes the section stronger and the whole orchestra stronger, like more of a family, you could say.”

As an eighth-grader, Juliette led a music camp for young students, and she was glad to become a mentor the following year. She also is glad to help promote her enthusiasm for music.

“I wanted to offer an opportunity to give them something where they would have a sense of being productive, and they know that it’s beneficial for the younger kids, too,” McGough said. “So it’s not just a musical academic endeavor. It’s an endeavor for their soul.”

Even though Sneha is pursuing science at college and beyond, she still enjoys playing her violin.

“There’s a lot of research saying there’s a great correlation between having a musical background and doing really well in a lot of other subjects, too,” she said. “I think encouraging that really does bring a lot of color into life, and I’m really glad that the mentorship program is helping toward that.”