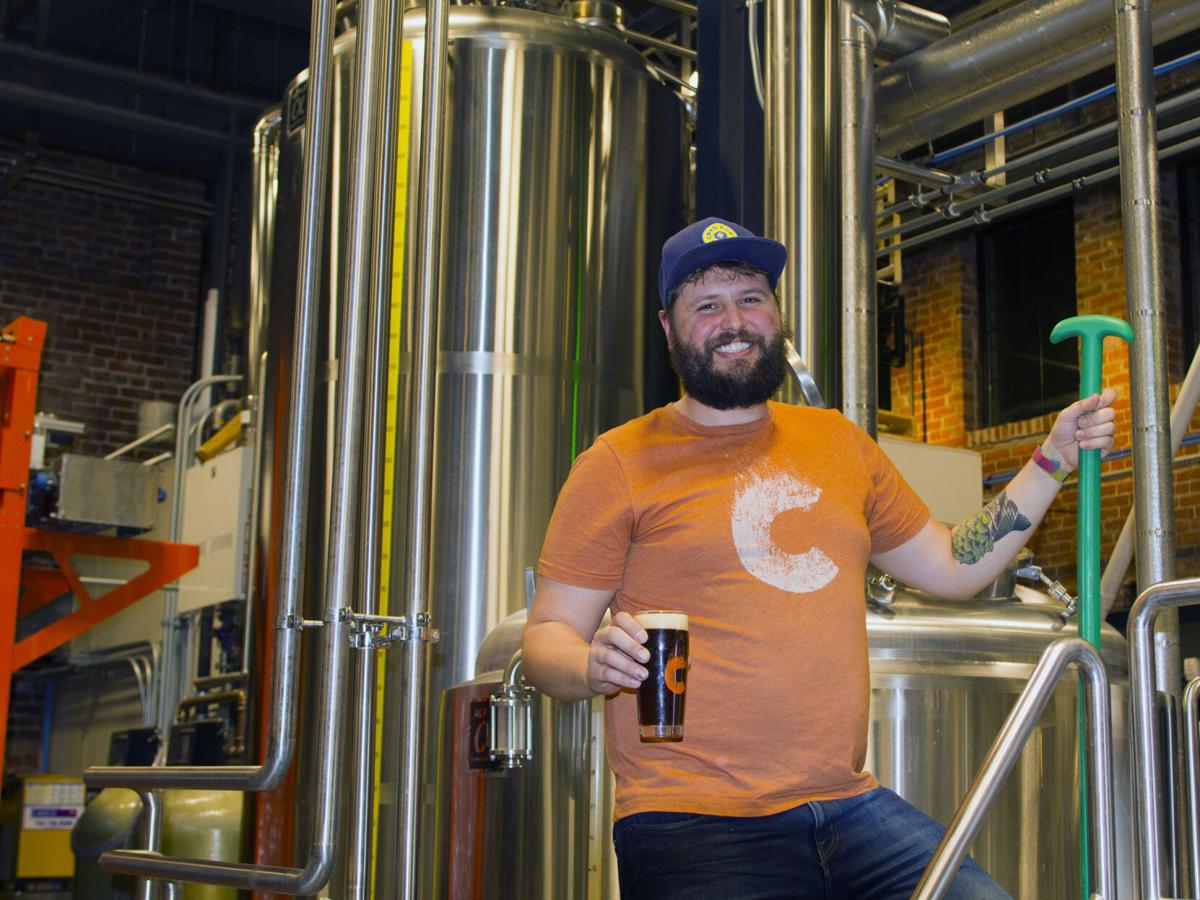 Kiel Batanian is ready for a cold one at the Warehouse, Cinderlands Beer Co.’s location in the Strip District. 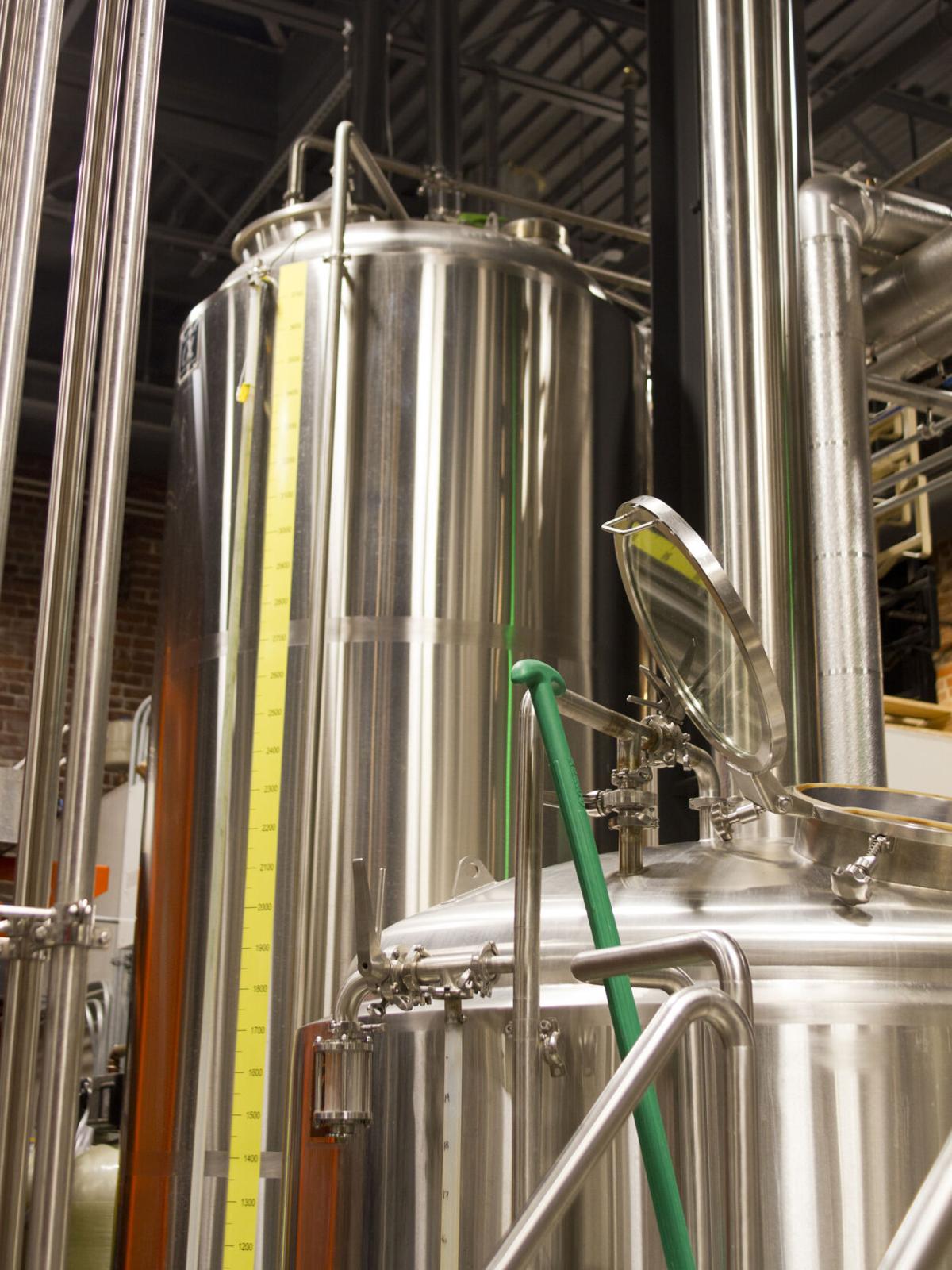 Tanks are used for various purposes in the Cinderlands brewing process. 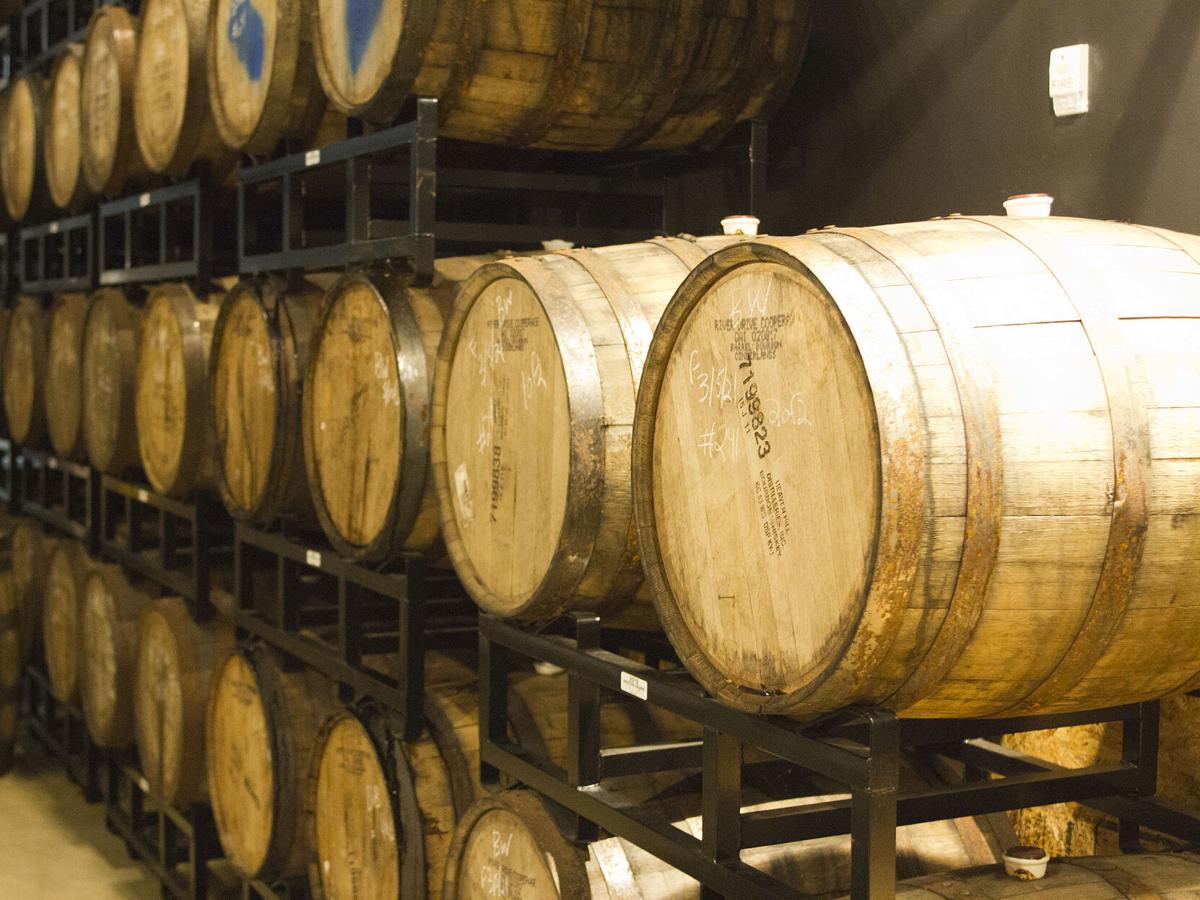 Essentials at the Warehouse include plenty of barrels. 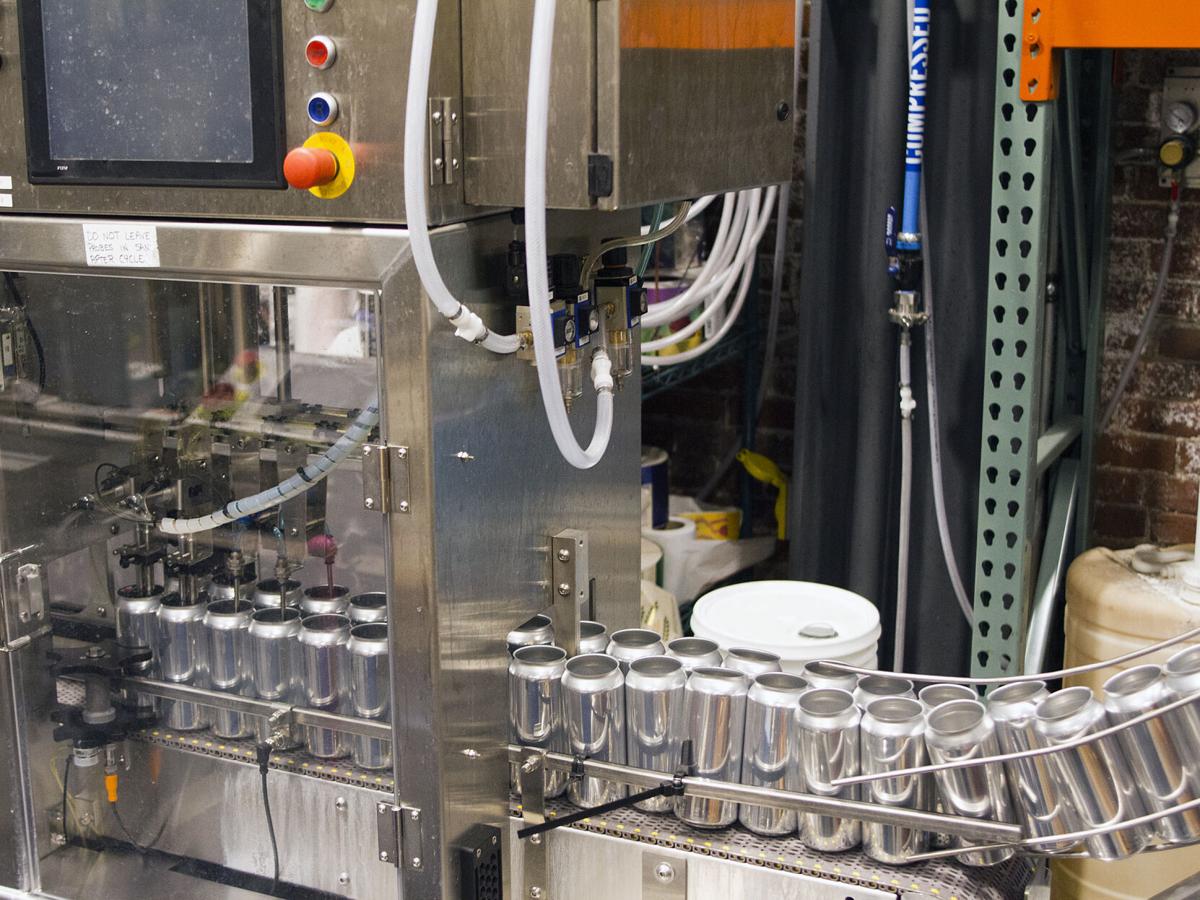 Canning is an integral process for Cinderlands Beer Co. 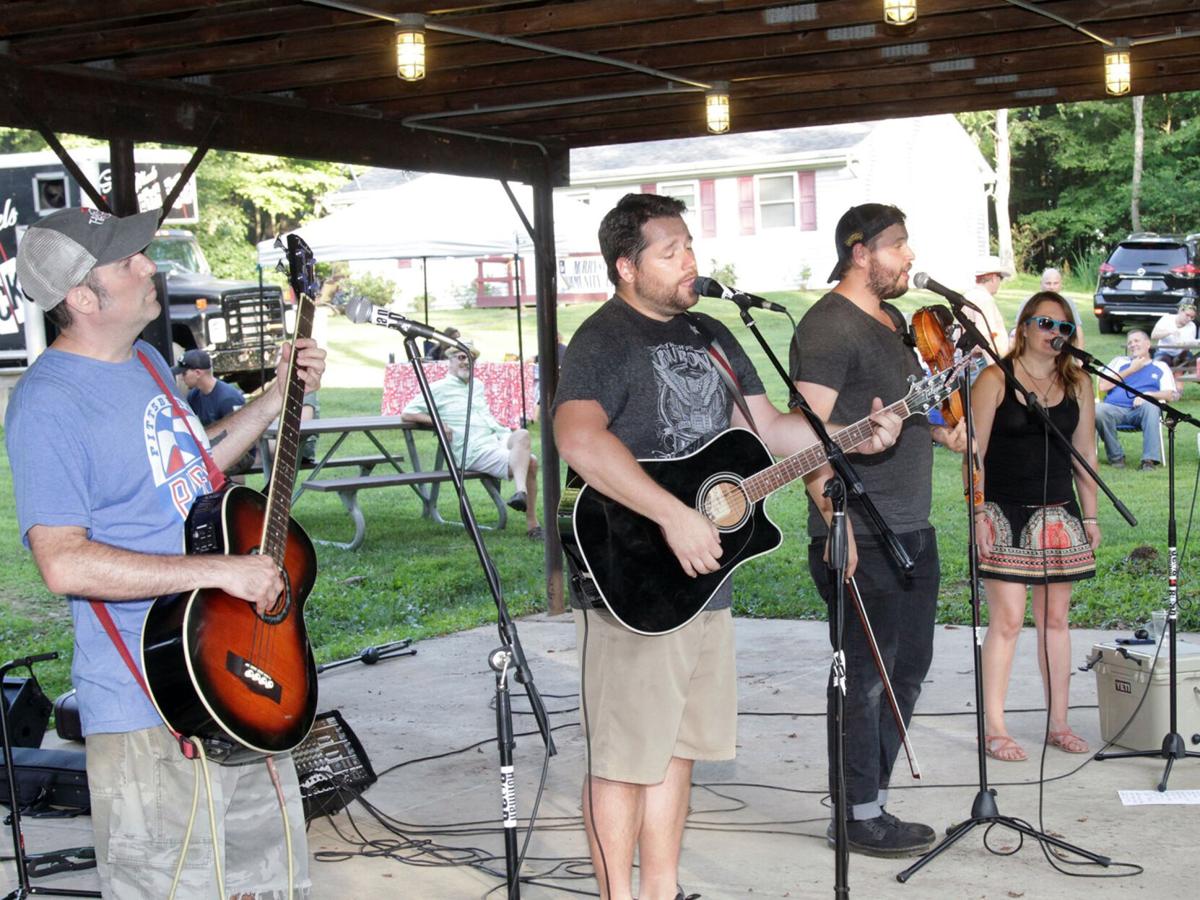 Summing up the process of brewing beer is like describing what seems to be the typical relationship.

No matter what the style, from a mellow lager to high-alcohol ale, producing palate-pleasing beverages involves much more than mixing basic ingredients and hoping for the best.

As senior staff brewer for Pittsburgh-based Cinderlands Beer Co., Kiel Batanian can attest to that.

The 2009 Peters Township High School graduate started learning the craft in the state of California, with some study time in Germany helping the cause, and he brought his knowledge back to Western Pennsylvania five years ago.

Today, he can lay claim to contributing significantly to the development of a gold-medal winner in the 2021 Great American Beer Festival competition, working with Cinderlands head brewer Paul Schneider on a beverage they called Gregg.

As a sasion, a relatively little-known ale that originated in Belgium, Gregg is representative of a key aim of Cinderlands as a brewery.

“We’re really fortunate here that we’re able to do so much variety,” Batanian said. “Part of what our mission is as a company is to put out world-class beers of any style. We’re not really limited to what’s trendy.”

India pale ale, for example, has become increasingly popular among patrons of independent brewers who enjoy the bitter flavor generated by the prominence of hops. While Cinderlands carries its share of IPAs, plenty of other options are available on a rotating basis.

“This is a pretty diverse crowd that comes in here, in terms of background and what they’re looking for,” Batanian said. “We have something for everybody now, which is great. You just have to try to reach as many people as you possibly can.”

Quite a few customers may prefer a lager, the generally mild-tasting beverage that still accounts for a large percentage of beer sales in the world. Cinderlands fills that demand, although brewing lagers entails a lengthier, more complex process compared with other styles.

“There’s not much room for error,” Batanian said. “You have this canvas of beer that doesn’t mask imperfection. It doesn’t mask mistakes. And then you’re also investing much more time in it. So you really have to be confident in your process, because you’re essentially tying up a tank for twice as long as an ale would take.”

Basically, lagers are brewed with bottom-fermenting yeast and require protracted storage time at colder temperatures, while top-fermenting yeast is used in ales, which tend to have a shorter maturation period.

Even for some ales, though, the time investment can be extensive. In the case of Gregg, it was “close to a year and a half, start to finish,” Batanian said.

The award-winning beer actually is a blend of two Cinderlands saisons, ales that are typified by the use of wild yeast. One was fermented in a stainless-steel vessel and the other in a foeder, a large wooden barrel.

After the maturation of the blend, it was enhanced with a strain of yeast called Brettanomyces in a step known as bottle conditioning, which adds carbonation and produces distinctive flavors.

“It’s slowly, slowly immersing itself in that beer,” Batanian said about the yeast. “You kind of go through this dance of, is it ready? Is it not ready? And then you try to find that equilibrium of the Brett speaking, the carbonation being ready and the beer tasting the way you want it to. That’s when you release it into the world.”

Gregg’s gold medal came in the Great American Beer Festival’s Brett category, one of 97 covering 175 different styles. Judges from the nationwide Brewers Association evaluated 9,680 entries in all styles from 2,192 breweries throughout the United States.

For Batanian, the award represents a milestone in a career that has its roots in Stockton, Calif., where he attended the University of the Pacific and got a job tending bar at an establishment specializing in beer brewed by Belgian Trappist monks.

From there, he went to work as a pilot brewer for Sacramento’s Ruhstaller Brewing.

“It was a lot of trial by fire, learning on the spot. But that’s how so many of these careers start. You just kind of have to take that first leap, that first step into it,” he said. “That opened another door, to work for a bigger brewery.”

E.J. Phair Brewing Co., coincidentally, is based in Pittsburg, Calif., northeast of Oakland, where the high school sports teams are called the Pirates.

“We did a lot of contract brewing,” Batanian said. “We produced beers for companies that didn’t have a brick-and-mortar establishment. They would essentially buy the beer from us, but it would be licensed under their name.”

His experience in California paved the way for job opportunities when he decided to return to Pennsylvania. In fact, he already had been hired by Rivertowne Brewing in Export before he made the move, and he later worked for Church Brew Works in Lawrenceville before joining the Cinderlands team three years ago.

In addition to his beer-brewing expertise, Batanian lends his musical talents to playing violin in the Pittsburgh Philharmonic and as part of the four-piece Hoffman Road Band.

He learned the instrument by studying with retired Peters Township School District strings teacher Donna Fox, and his skills were augmented by performing with the Upper St. Clair-based South Hills Junior Orchestra, founded by Fox and her husband, Paul.

“They were huge influences in my life,” Batanian said. “You meet people who care so much about what they do, and they want to have an impact on as many people as they can. And they certainly did for me.”