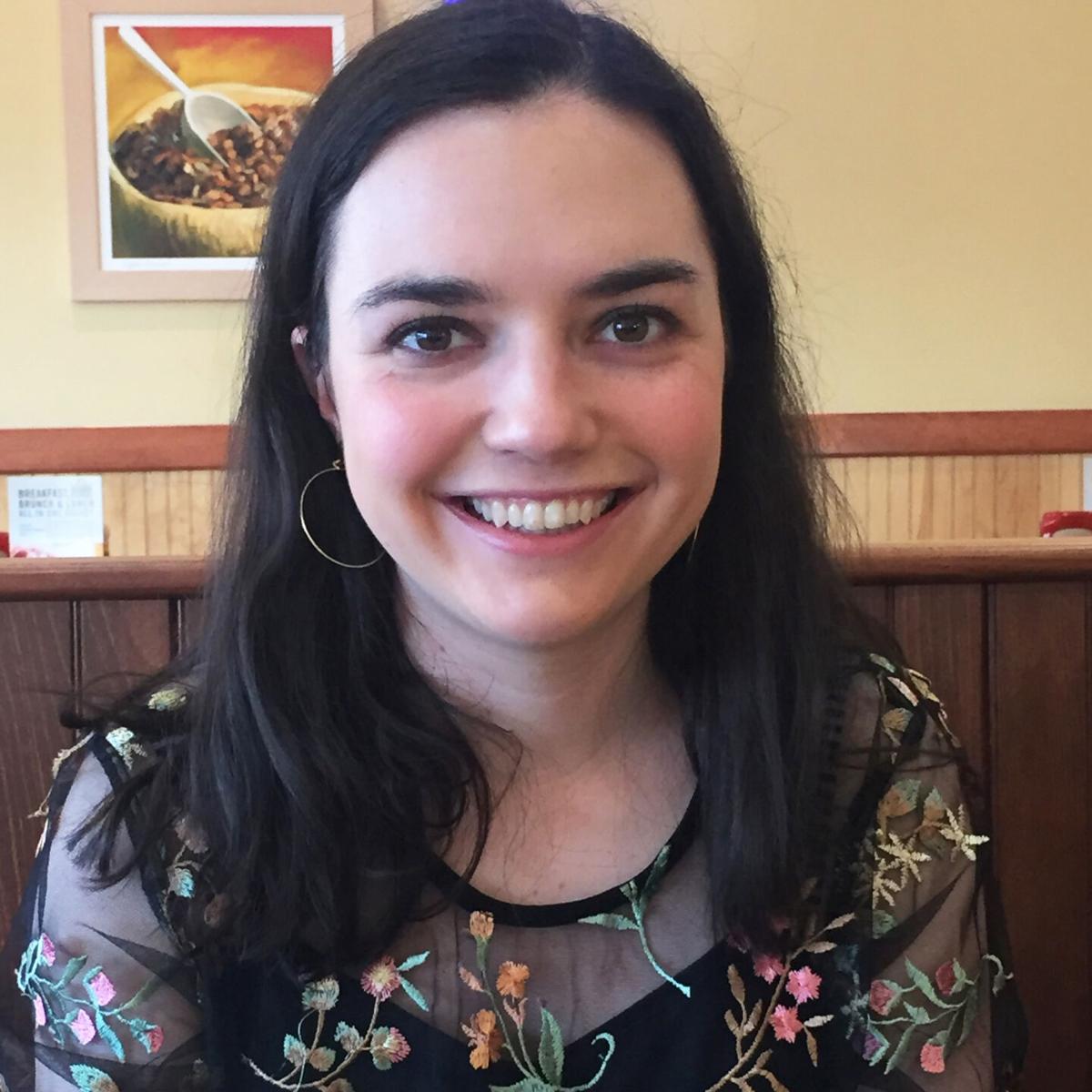 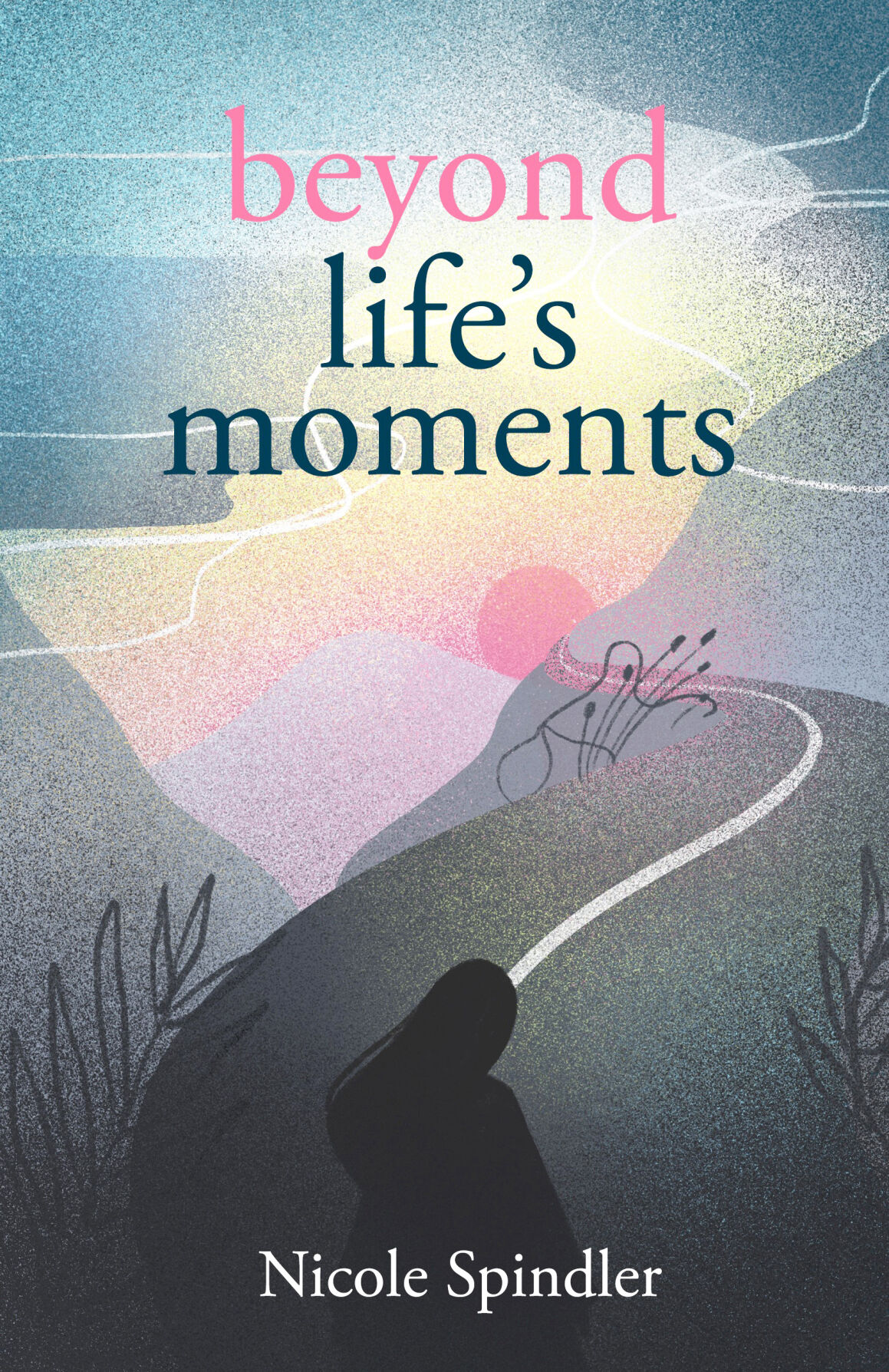 The cover “Beyond Life’s Moments” written by Nicole Spindler

As a young girl, Peters Township native Nicole Spindler began learning about the therapeutic value of writing after her grandfather died.

“I didn’t understand death very well, but I knew my grandmother was very lonely,” she recalled. “So I ended up writing letters to her, and she was just overjoyed. Ever since 2003, we’ve been writing letters – handwritten, cursive – every single week.”

Putting a pen to paper took on further significance when her father was diagnosed with a rare form of cancer called olfactory neuroblastoma, a tumor that grows in the nasal cavity.

Jeff Spindler is doing fine today, and according to his daughter, medical experts believe he is one of the longest survivors of that particular disease. But learning of his illness in 2012 had a profound effect on then-teenager Nicole.

“Although I don’t consider myself shy, it definitely was very hard to talk about what I was feeling in front of my parents,” she said. “Writing was that way for me to let everything go and process everything, and also to really connect the dots and see the beauty of these moments, and recognize what lies within the circumstance.”

So she expressed herself in a personal journal and papers for Peters Township High School English class, and she was willing to share her work with Dad.

“Even though I felt embarrassed to not communicate it to him verbally,” Spindler said, “seeing him react positively to my writing was moving, and it really compelled me to make that a goal in my life: One day, I will write a full book about this.”

In December, the Mt. Lebanon resident has fulfilled her goal with the publication of “Beyond Life’s Moments: An Empowering Outlook on Transcending Unexpected Setbacks,” by New Degree Press of Washington, D.C.

Drawing on her writings about her father as a foundation, Spindler shares the stories of others who have overcome adversity, with the hope of helping readers “never feel like they’re alone.”

In that context, the timing of the book’s publication, in the midst of the COVID-19 pandemic, would seem to be ideal.

“I’ve had the goal for nine years, and the fact that I wrote it in 2020, during these crazy times, probably one of the darkest times most of us have ever experienced, I think that’s serendipity. I don’t think that’s a coincidence. I think it was just meant to be,” Spindler said.

“Throughout this process, I had an opportunity to share a few chapters with a few people in my life, one of them being a professor, a couple being my friends,” she continued. “And the few people who got to read a snippet or two of my book beforehand, they said, ‘I needed this right now, more than ever. I needed to have some positivity.’”

Although she graduated from John Carroll University with a degree in human resources and management, and she now has a career in that field, Spindler decided to continue her education to focus more fully on writing.

She studied online with Georgetown University’s Creator Institute, during which she wrote a 50,000-word draft of “Beyond’s Life Moments.” The process entailed interviewing dozens of people about how they overcame their own challenges, with many of the subjects responding to her announcements on social media about working on the book.

“Organically, I had people reaching out to me, saying, ‘I have a story, if you’re willing to listen to me,’” she said. “Some of them I just met for the first time through this book. Other ones were just kind of secondary connections, like, ‘Oh, my gosh, I haven’t talked to you since high school. Let’s catch up, but also talk about your story.’”

As had been the case with her father and grandmother, Spindler found the experience of telling their stories to be particularly rewarding.

“Writing has been not only an escape for me, a self-care mechanism, a side passion,” she said. “It’s truly been a way of life for me.”