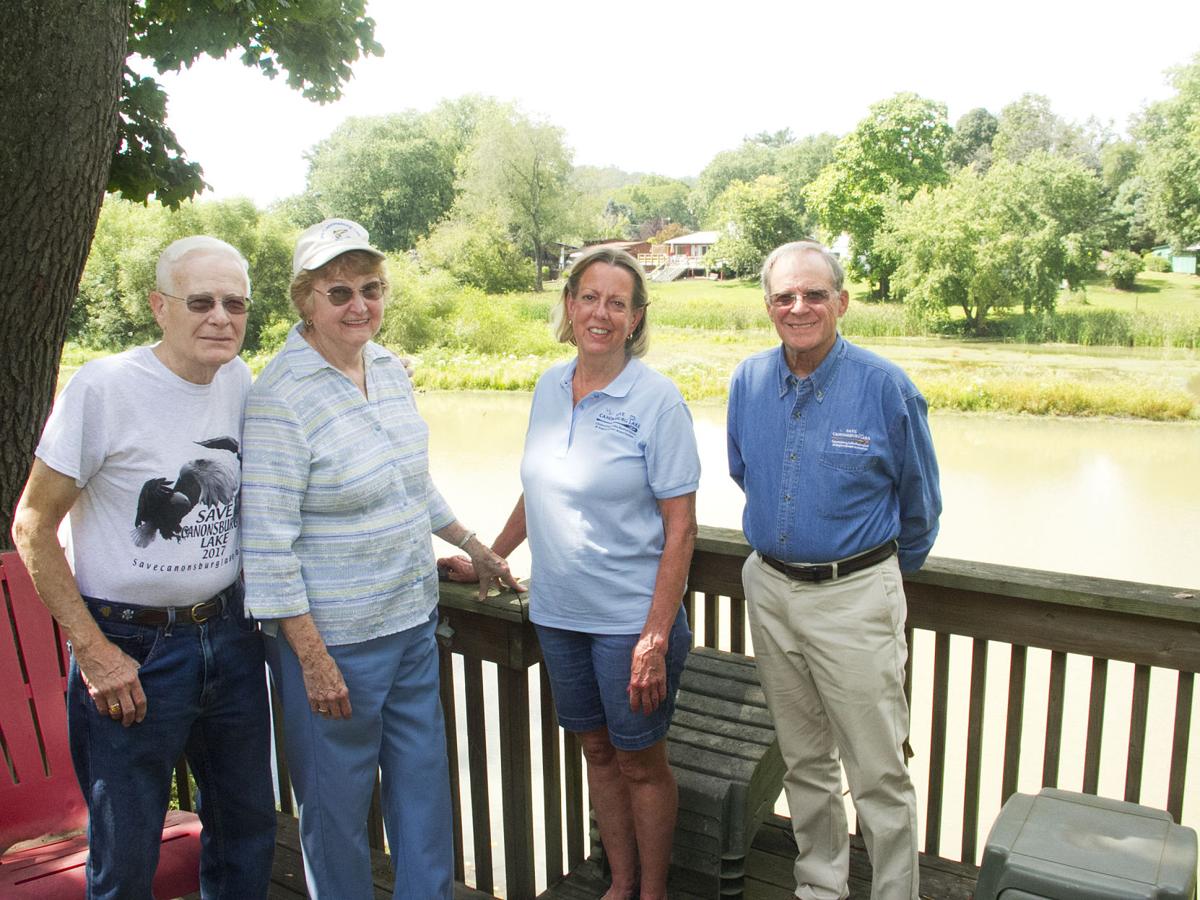 Members of the Canonsburg Lake Restoration and Improvement Association include, from left, Glenn Johnson, Vi Doughton, Kim Rosser and Tim Silbaugh, pictured on the Peters Township side of the lake. 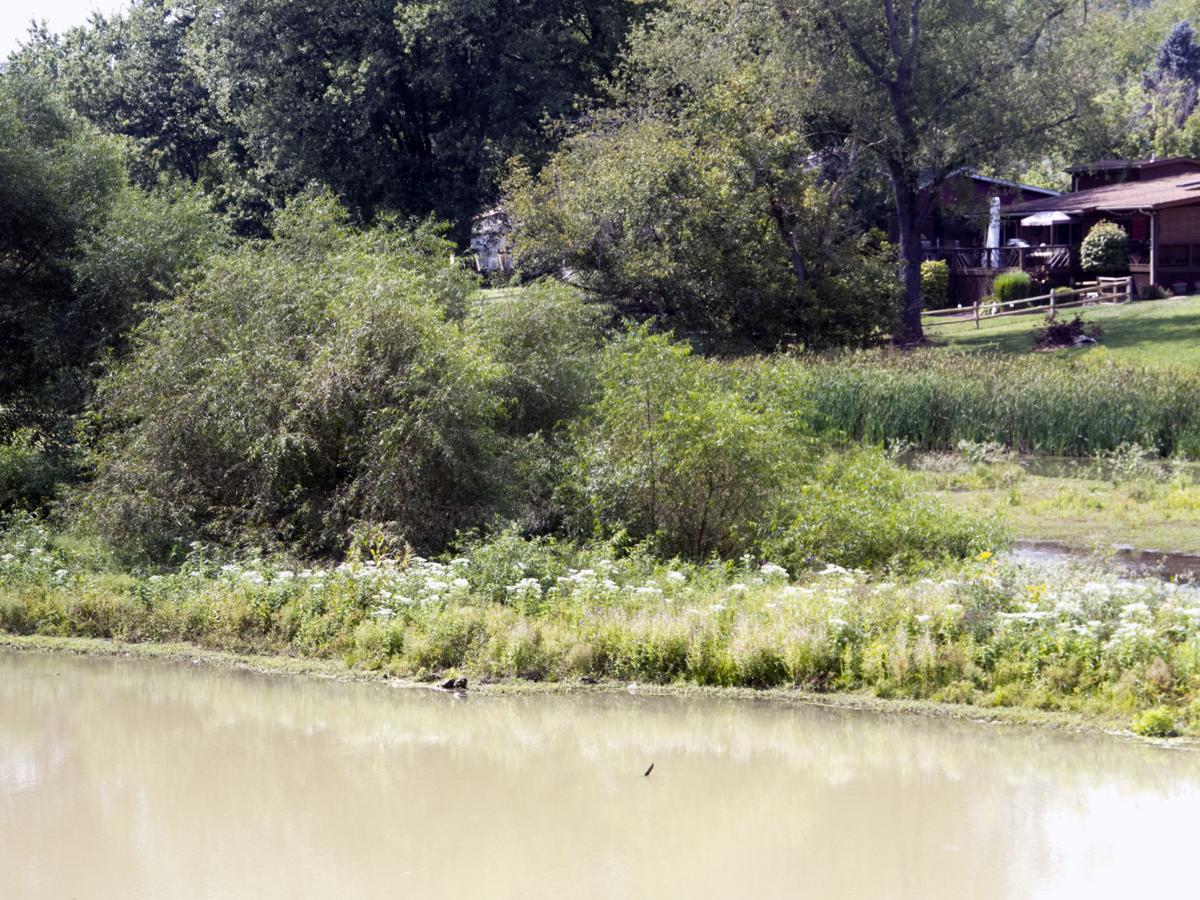 Trees have grown rapidly on one of the islands that has formed within Canonsburg Lake. 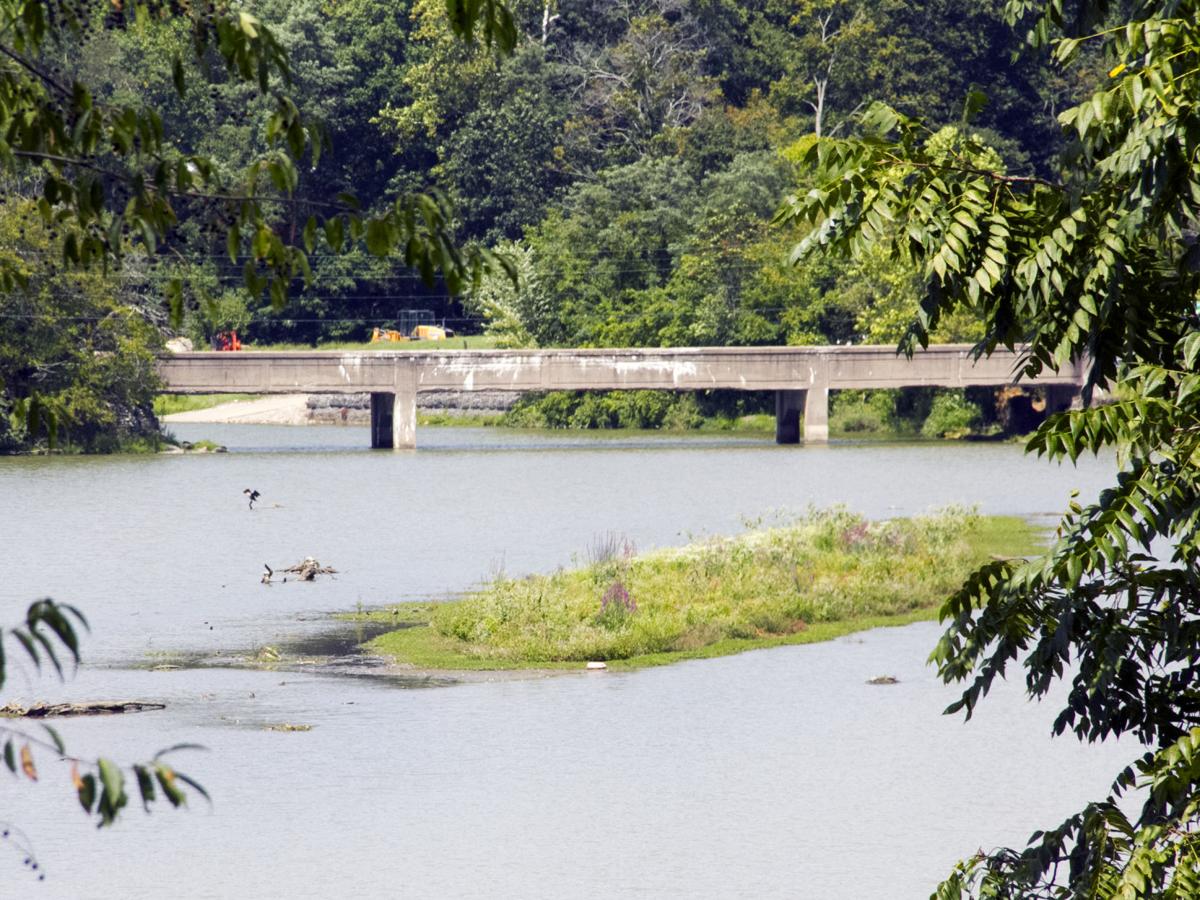 An island has formed near the McDowell Lane bridge over Canonsburg Lake. 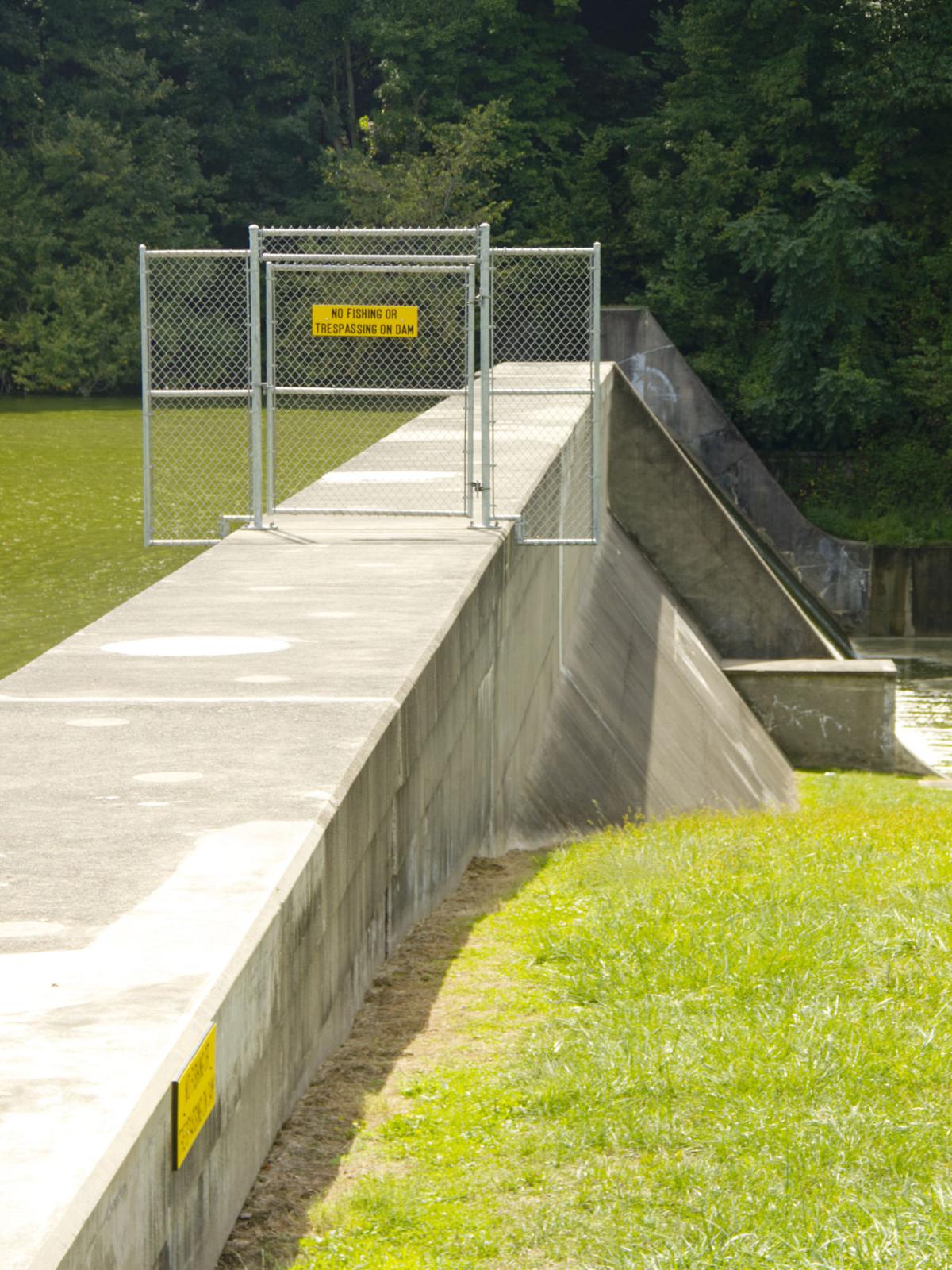 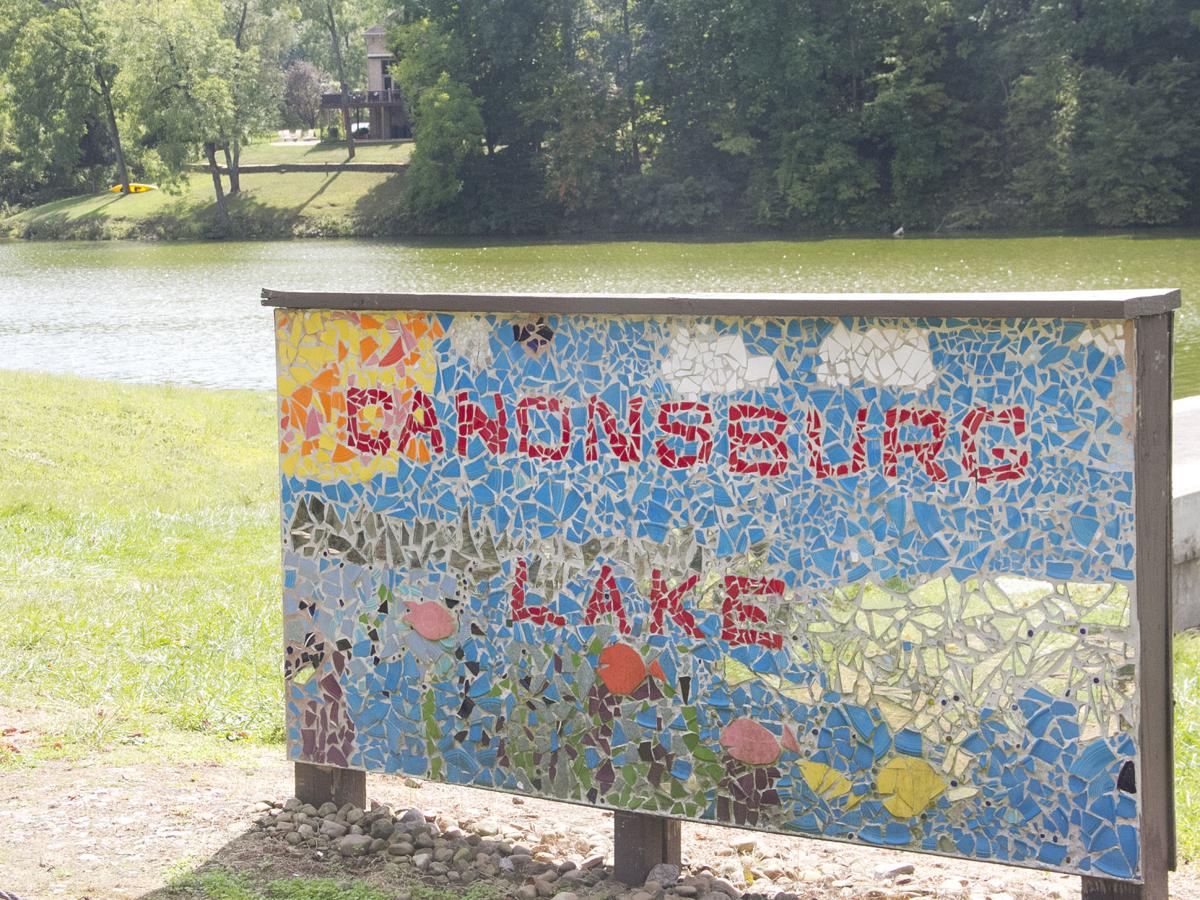 A mosaic sign near the dam greets visitors to Canonsburg Lake.

Members of the Canonsburg Lake Restoration and Improvement Association include, from left, Glenn Johnson, Vi Doughton, Kim Rosser and Tim Silbaugh, pictured on the Peters Township side of the lake.

Trees have grown rapidly on one of the islands that has formed within Canonsburg Lake.

An island has formed near the McDowell Lane bridge over Canonsburg Lake.

A mosaic sign near the dam greets visitors to Canonsburg Lake.

From the back of his Waterside Drive home in Peters Township, Tim Silbaugh has a premium view of Canonsburg Lake.

In his line of sight these days is what has become an island.

“That was barely an island with small bushes on it three years ago, and now you can see there are trees that look like they’re 20 feet high,” he said. “On the other side of it, it used to be lake, and now it’s pretty much marsh.”

Kim Rosser, who lives in North Strabane Township along the other side of the lake, made a similar observation.

“My husband and I moved here about seven years ago, and we started kayaking on it. We used to kayak the opposite side,” she said about the channel to which Silbaugh referred, “which I don’t think you can do now.”

Rosser and Silbaugh serve on the board of the Canonsburg Lake Restoration and Improvement Association, which has been incorporated as a nonprofit for purposes the group’s name makes evident.

Efforts to save the lake from growing amounts of silt and debris date back nearly 20 years, when North Strabane resident Debra Valentino circulated a petition and collected more than 300 signatures from people who favored restoration.

Since then, a few improvements have been made, such as the 2016 construction of a sediment forebay and rock weir, designed to slow water and facilitate the gravity separation of suspended solids. Undertaking the project was Pennsylvania Fish and Boat Commission, which has been responsible for management of the lake since 1958.

But overall, the 76-acre body of water, formed from Little Chartiers Creek by the construction of Canonsburg Lake Dam during World War II, continues to be susceptible to silt collection. And Silbaugh, who chairs the association’s board, warned about the ramifications.

Members of the association are working on preventive measures.

“Our first goal is to identify how much silt is there and then identify how quickly it’s accumulating, and what we might be able to do with it based on the quality of the silt: whether it can be used in normal circumstances or it has to go to a special landfill,” Silbaugh said. “And then once we’ve done that, we can determine what the cost would be to remove the silt.”

Another consideration, he said, is the Fish and Boat Commission’s upstream installation.

The longer term optimally would feature a comprehensive project.

Such pursuits, of course, are costly. The association has some money in reserve, and members are seeking grants, donations and other sources of revenue toward efforts that would run well into seven figures.

One avenue the group could pursue addresses flood control, which has become a major consideration among communities downstream along Chartiers Creek.

“The engineers advised us that when the capacity of the lake is increased by removing the silt, then that will reduce the flooding,” Silbaugh said. “It will hold more water back from flowing so quickly when there’s a storm.”

Association members also are looking for local champions who would like to help rehabilitate a major Washington County asset.

“A big financial commitment would really move this whole project along,” Rosser said.

The Pennsylvania Fish and Boat Commission hosts an informational program at Canonsburg Lake.