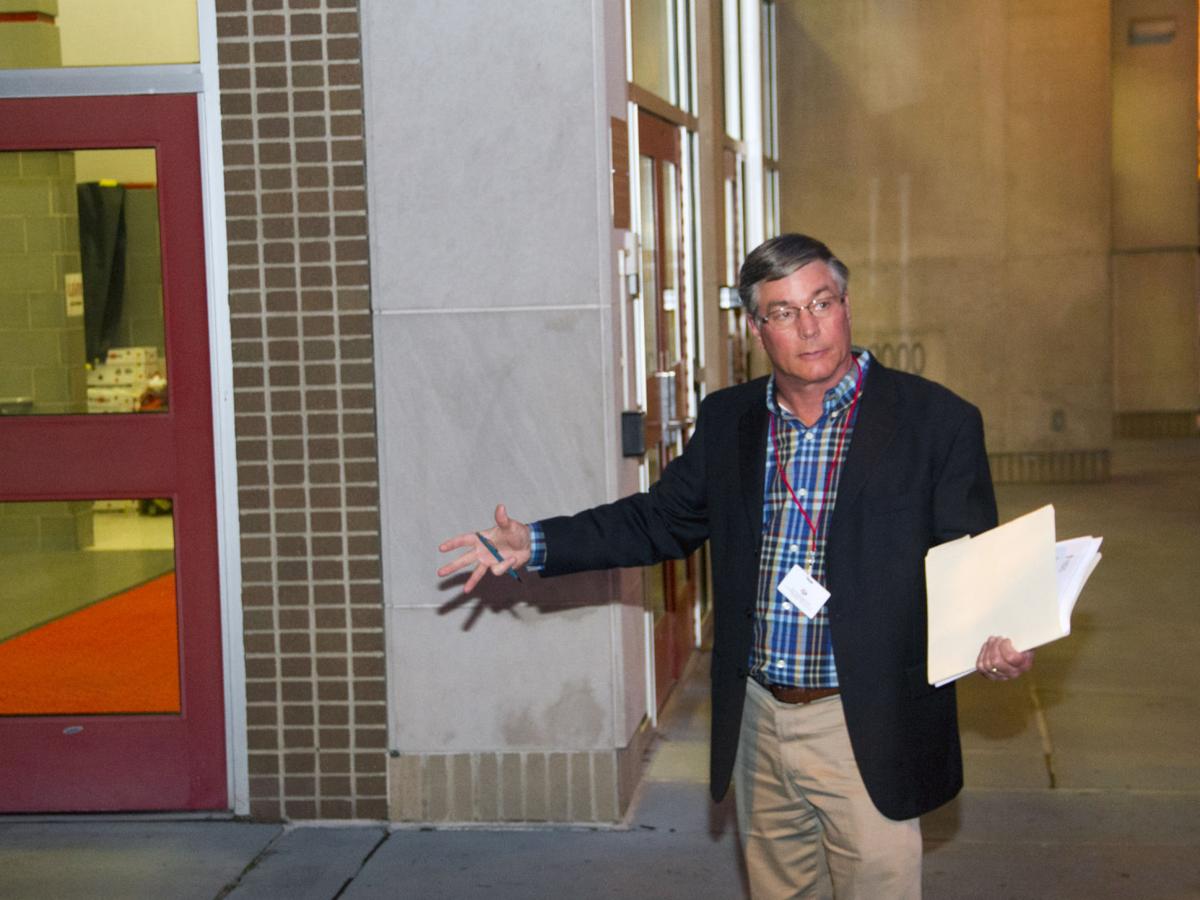 Mark Duane of Hayes Design Group discusses some of the proposed changes regarding entry to the school building. 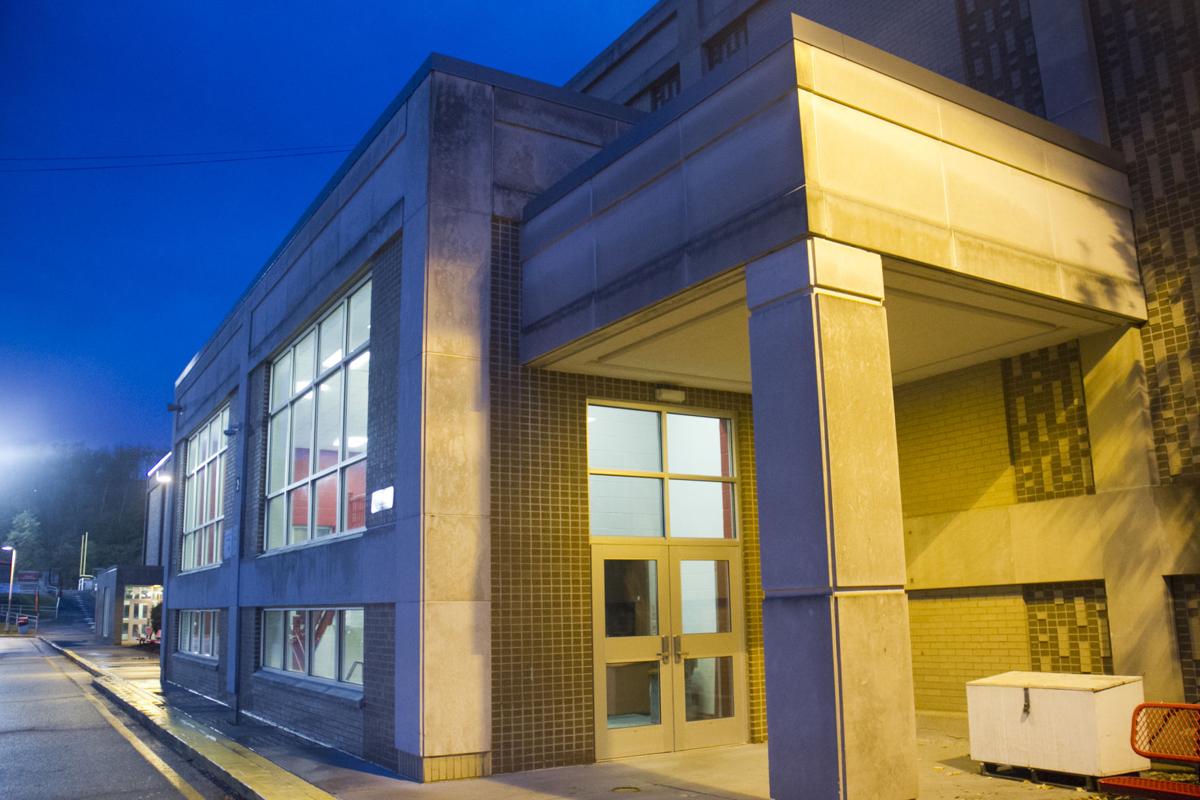 Plans call for the current entrance to the Peters Township High School nataorium to be reconfigured as an entrance to the middle school’s administration area, with a secure vestibule built outside. 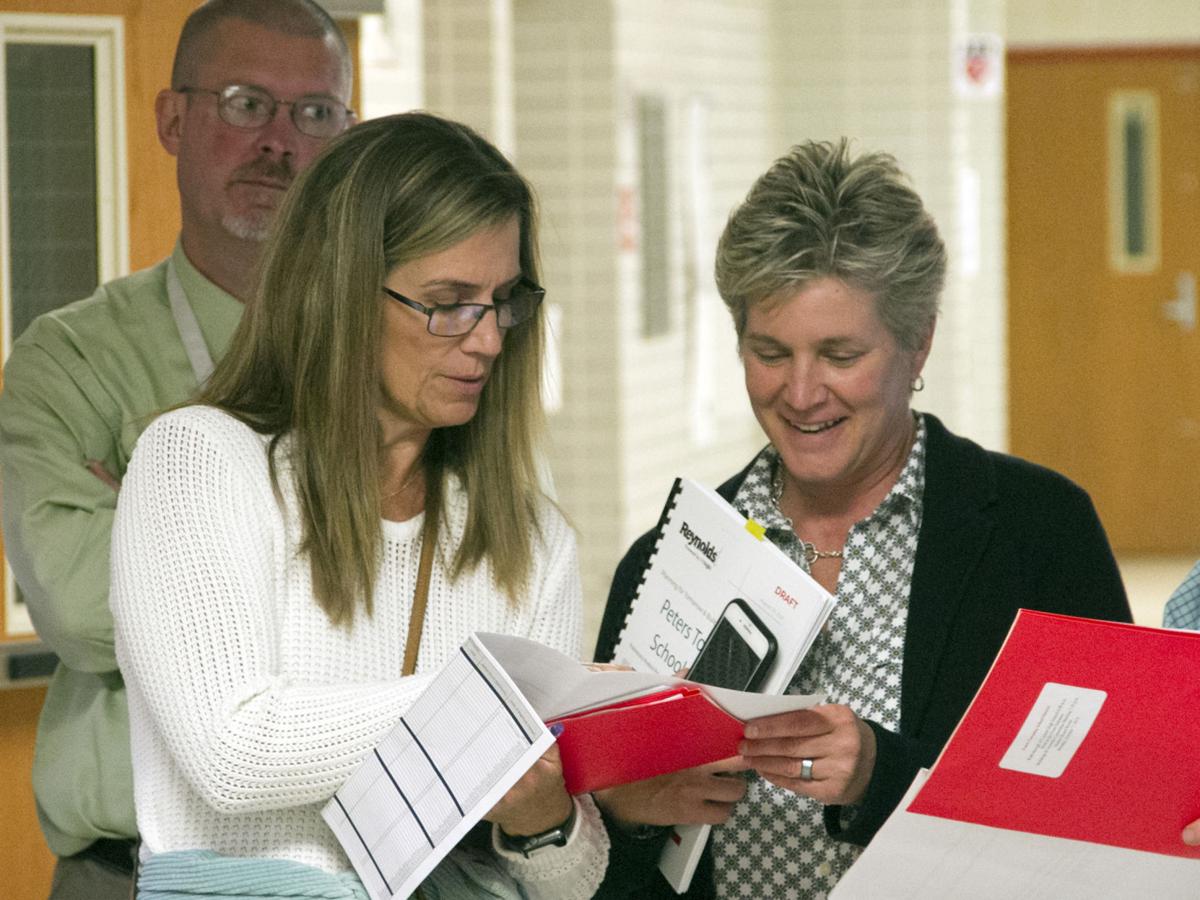 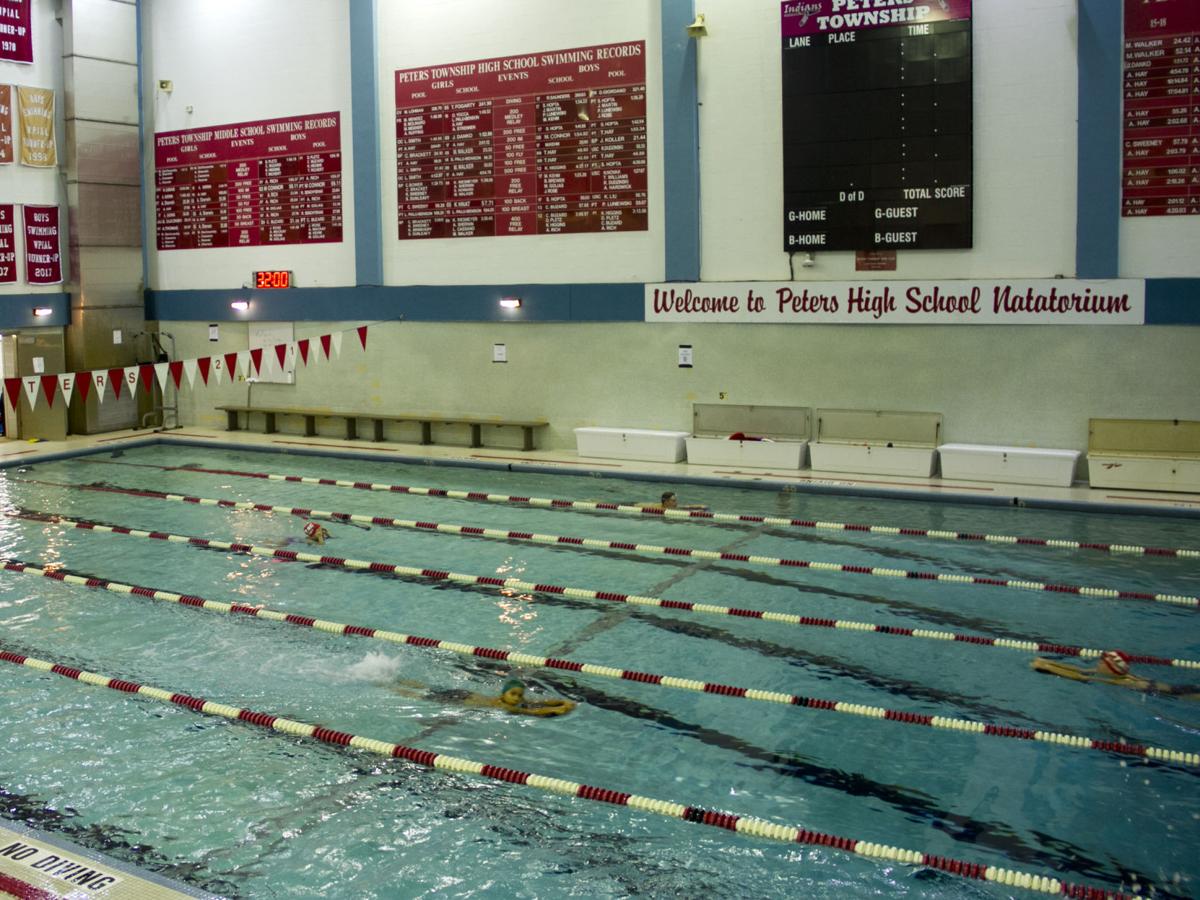 Plans call for the Peters Township High School natatorium to be converted to an administration area for the middle school. 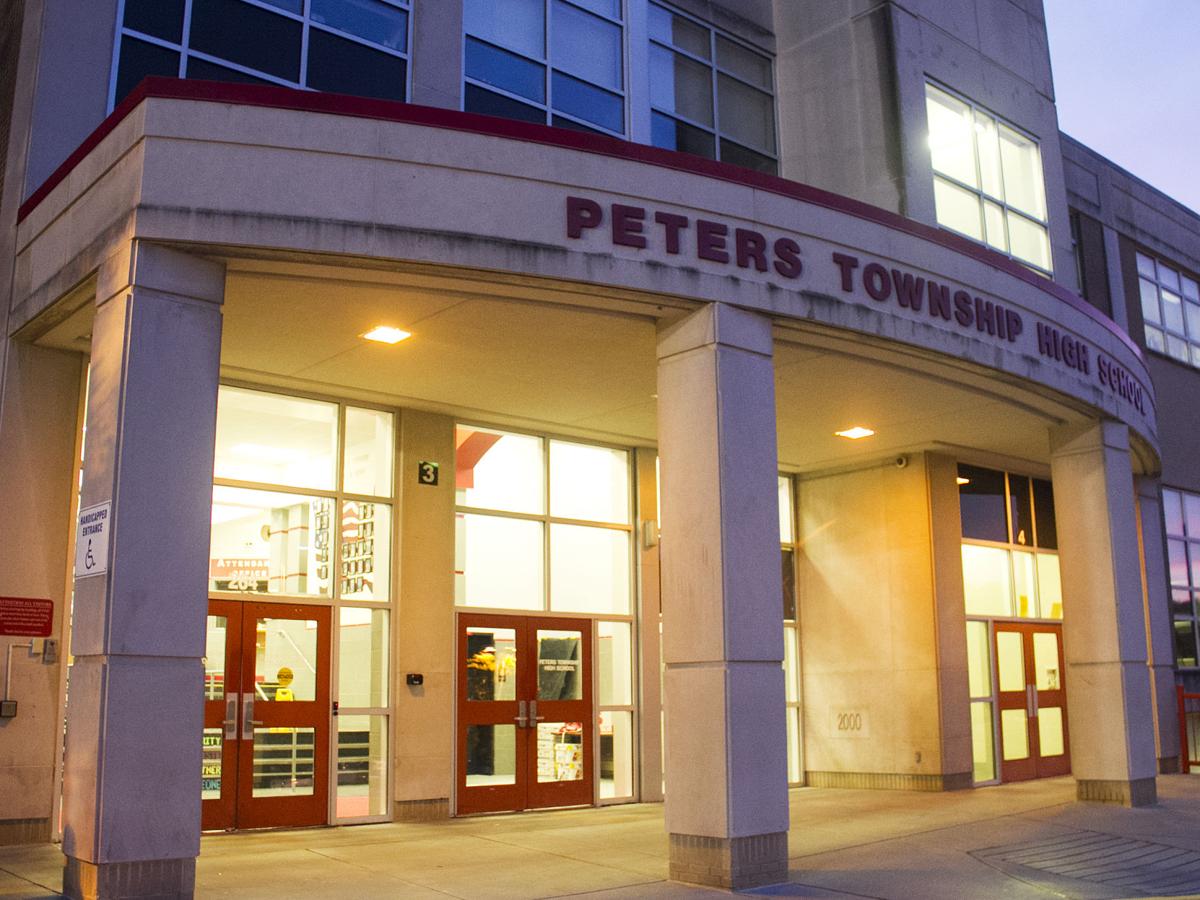 The main entrance to the current high school

Mark Duane of Hayes Design Group discusses some of the proposed changes regarding entry to the school building.

Plans call for the current entrance to the Peters Township High School nataorium to be reconfigured as an entrance to the middle school’s administration area, with a secure vestibule built outside.

Plans call for the Peters Township High School natatorium to be converted to an administration area for the middle school.

The main entrance to the current high school

As determined at an Oct. 3 meeting of the school board’s finance committee, $17 million of that amount is earmarked for the conversion of the current high school to a middle school, and the remainder toward the building under construction on the former Rolling Hills Country Club property.

During that meeting, the board also decided to scrap the idea of moving district administrative offices to the future middle school as part of the conversion project.

Four days later on Oct. 7, the board met for a buildings and grounds committee meeting that was preceded by a visit to the high school for a firsthand look at some of the items under consideration for the transformation.

Some major facets include turning the natatorium space into middle school administration offices and making improvements to the building’s architectural finishes, roofing and windows, Americans With Disabilities Act and code compliance, and electrical, plumbing and mechanical systems.

After further discussion about the necessity for some of the items, the school board arrived at an estimated cost of $13.25 million for work that would be included in a base bid for facility improvements.

“However, there are three or four items that we’re taking a look at that potentially could save another half a million,” Mike Arnold for Reynolds Construction LLC, said. Reynolds is the project’s construction manager and developed the cost estimates.

Work involving the swimming pool area and other facets of a “major building/programs modifications and additions” component to the overall project is estimated at another $3.456 million.

“There are some programming improvements throughout the building, but the majority of the scope of the work was configuring the middle school administration and a secure vestibule out toward the front of the building, using the natatorium space that will be abandoned,” he said during the buildings and grounds committee meeting.

“We feel for it to work at its best function would be to add a vestibule outside the existing doors, and then to the left of it would be the receptionist area and waiting area. That would become the secure vestibule that is actually an addition,” Duane continued. “The rest of the function of the middle school administration spaces could be within the natatorium area.”

The “programming improvements” mostly address spaces to be modified to suit the needs of a middle school better. The school board will be provided with a cost breakdown for each item on a list of 17, including the natatorium conversion.

“This is a very, very, very preliminary plan,” Duane said.

Regarding facility improvements, board member Rolf Briegel advocated installing air conditioning for the gymnasium, estimated at $672,300.“I’ve been in there enough times when that gym is miserable,” he said.

Adam Sikorski, middle school principal, said the gymnasium represents the only are in which the entire study body would be able to congregate.

“To have everybody in that space would be a luxury that we don’t have now at our current middle school,” he explained. “So we would be utilizing it in that capacity.”

The board decided to include item as an alternate to the base bid that could be added to the project if the budget allows. Two other alternates address roofing improvements.