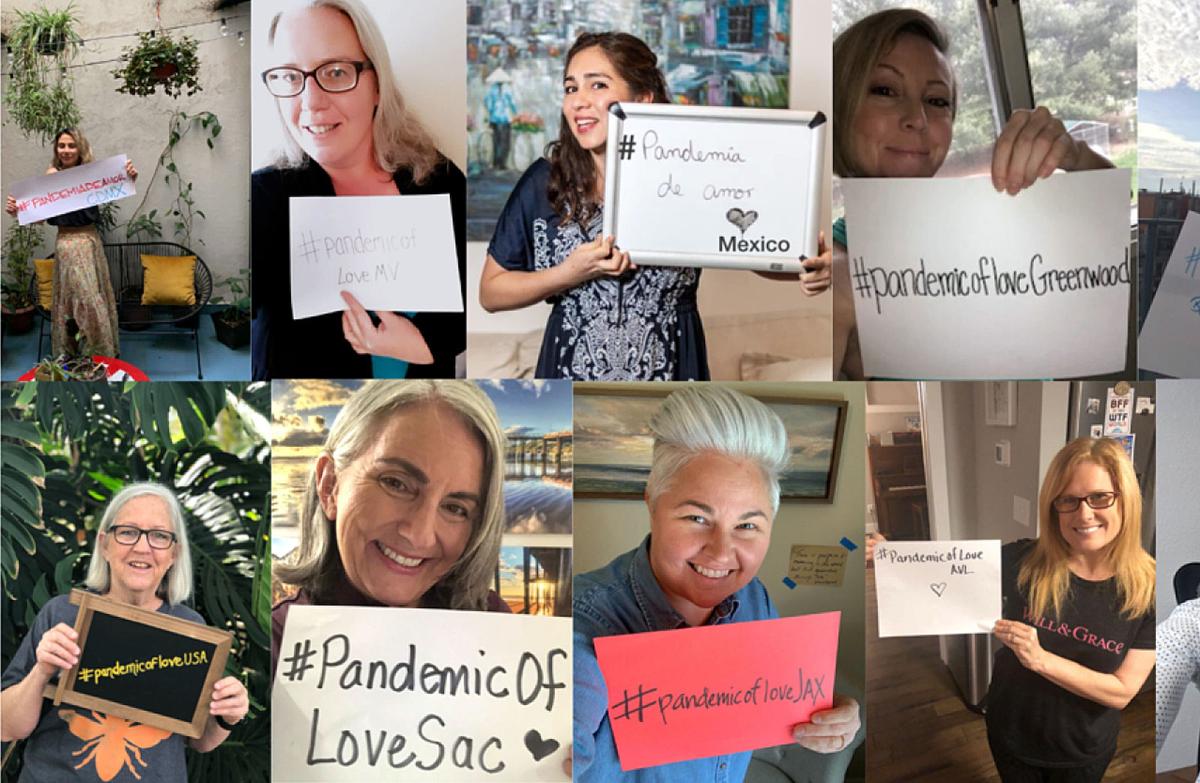 Pandemic of Love had grown to include more than 400 volunteers by the start of May. 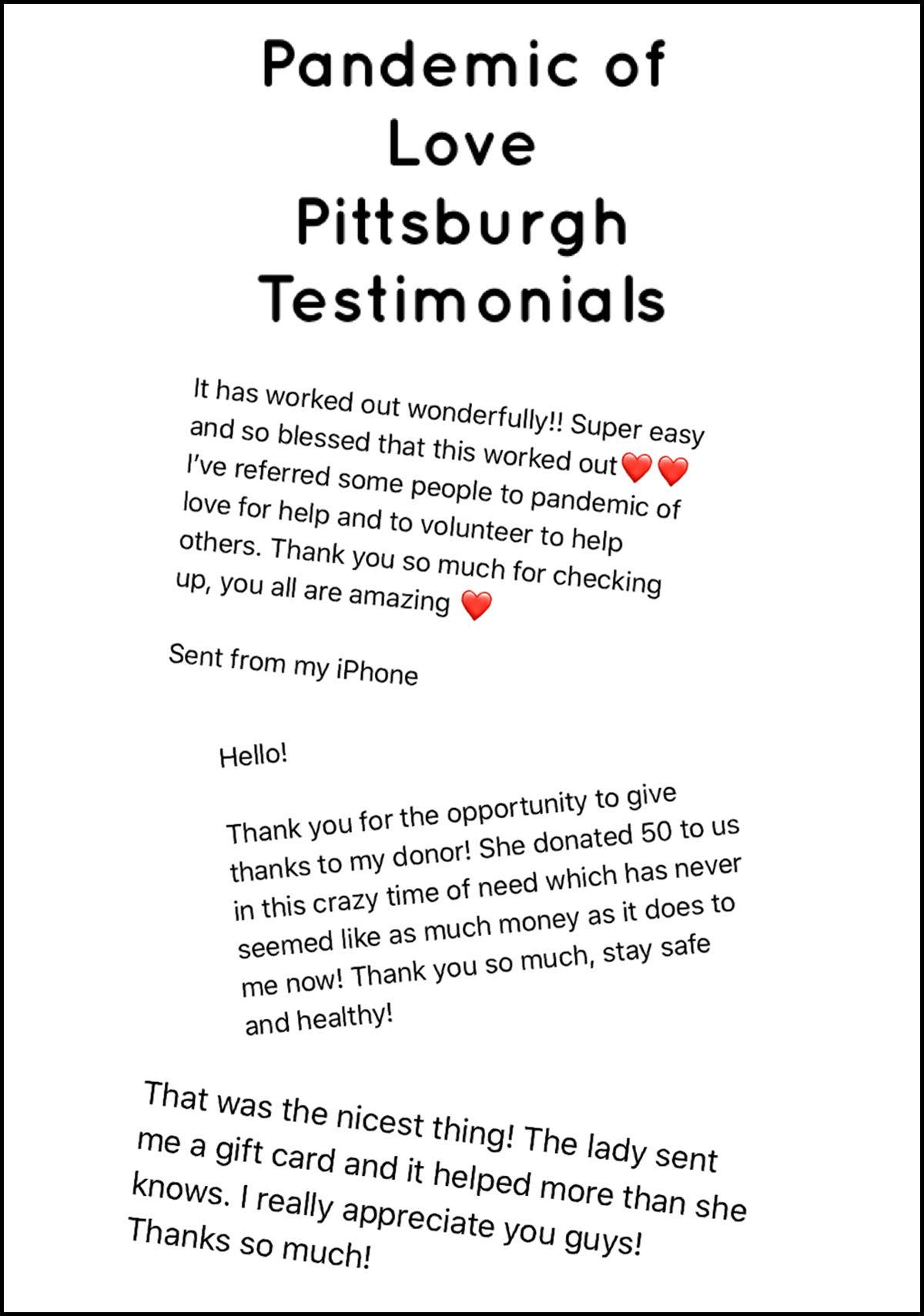 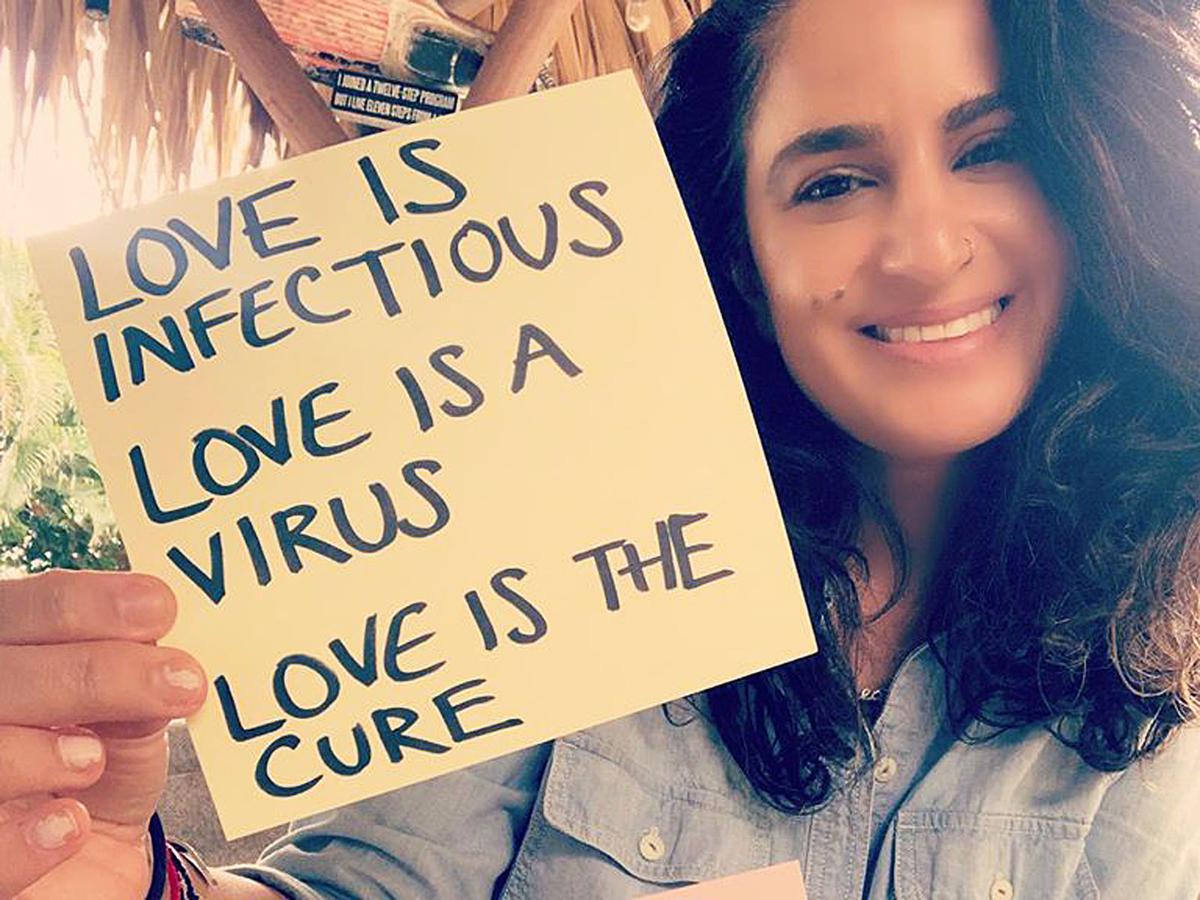 Shelly Tygielski with the Pandemic of Love motto

Pandemic of Love had grown to include more than 400 volunteers by the start of May.

Shelly Tygielski with the Pandemic of Love motto

At least one American has made this offer after receiving his or her COVID-19 stimulus check:

When Peters Township resident Michelle Senneway learned of the proposal, she promptly accepted, not for herself but on behalf of someone in need.

The Upper St. Clair School District teacher is the lead volunteer for the Pittsburgh area for Pandemic of Love, a mutual-aid community of volunteers that has spread across the United States and into Mexico since its start in mid-March.

After learning through social media about Pandemic of Love, Senneway contacted founder Shelly Tygielski of Florida with regard to bringing the grassroots effort to Western Pennsylvania. Senneway then set up an application-type online system for those requesting assistance and for those offering to provide it.

“What I do from there is match them together. I’ll take both of their email addresses, and I’ll introduce them,” she said, and each party takes it from there. “I’ve had 24 matches so far, which is really great. And so far, all the matches have been successful.”

Overall, Pandemic of Love recorded 51,300 matches as of May 2, involving more than $7 million in direct transactions.

Since she launched the effort in Pittsburgh, Senneway has received a variety of requests to fill needs.

“A couple of people have said, ‘I need medication to function on a daily basis.’ Other people simply want to pay a utility bill. They’ll say, ‘I need $150 to pay this, or it’s going to get shut off,’” the California University of Pennsylvania graduate reported.

Others are for stapes such as groceries, diapers and baby formula.

“I have found that people aren’t asking for a million dollars,” Senneway said. “They just kind of want a little bit of help to get them through this.”

She has approached Blueprints, the services agency in Washington formerly known as Community Action Southwest, about partnering with Pandemic of Love.

“What’s nice about an organization like that is they know the people who are most certainly in need,” Senneway said. “So I thought that would be a good match for us.”

As for Pandemic of Love matches, she said the goal is for them to occur between donors and recipients within 72 hours. Any assistance goes directly to the person or family in need.

“It’s been really, really nice to see people’s generosity and people who just want to give,” Senneway said. “I’m sure all those people were out there, anyway, but you notice them more now.”