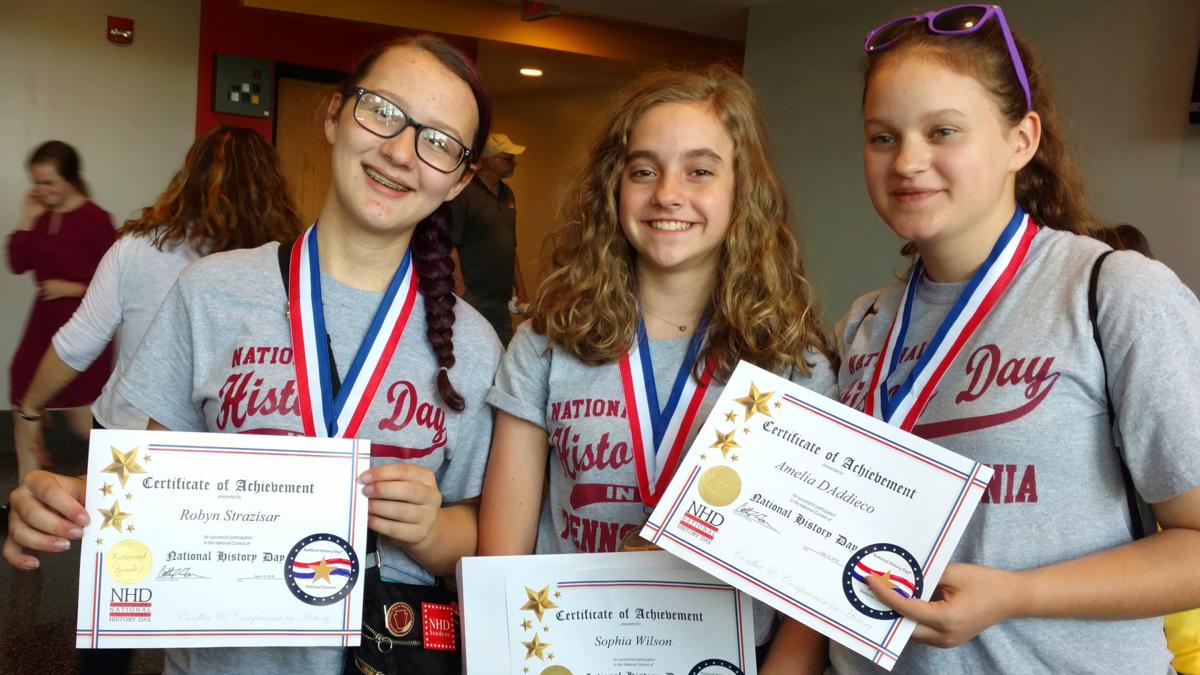 From left are Robyn Strazisar, Sophia Wilson and Amelia D’Addieco. 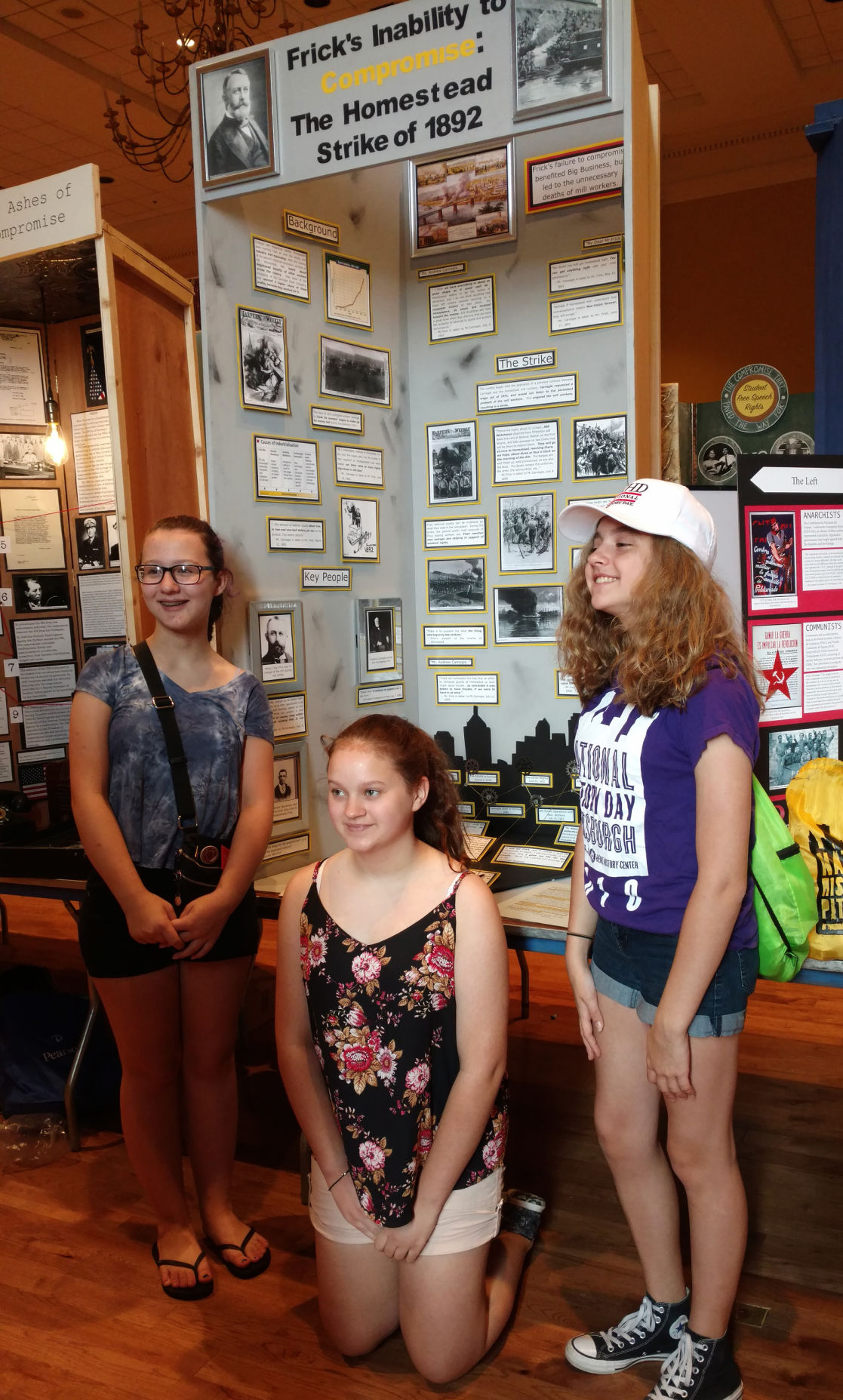 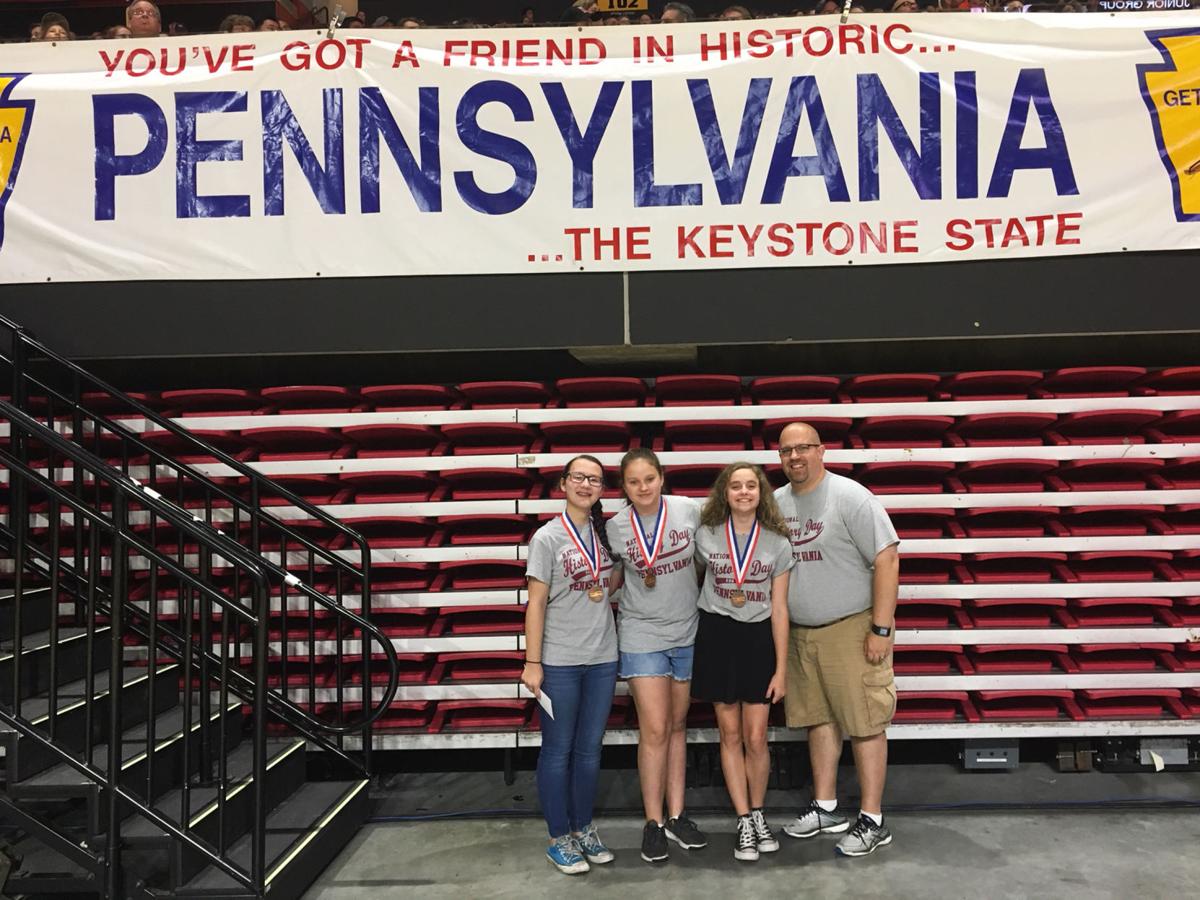 So you thought the final bell of the school year means it’s time for students to put the brakes on learning for a while.

“The last day of school, I picked them up and they spent eight hours working on their board,” Amelia’s mom, Alison, said. “Everybody else is partying, and they’re doing history stuff. It was impressive to watch.”

Their board is the mounted display at the heart of the project, telling the story of an American labor milestone with “Frick’s Inability to Compromise: The Homestead Strike of 1892.” As eighth-graders at Peters Township Middle School, the girls won the regional and state National History Day competitions before heading to College Park, Md., and a third-place finish in their category and division at the national contest in mid-June.

“They definitely put way more of an effort into this project than I ever did any project when I was in eighth grade,” Michele Wilson, Sophia’s mother, admitted. “They really had all of the research, the information and the knowledge to back up their really nice-looking project. I think that was the most impressive piece for me, the level of understanding and depth that they had on their topic.”

The National History Day theme was Conflict and Compromise in History, and the Frick-Homestead events took place only about 15 miles from where the girls live.

“Partially, you can credit it to history class,” Amelia said about the topic selection. “We learned a little bit about it, and I think that we just really wanted to know more, since it is close to home.”

The basic story pits Henry Clay Frick, president of Carnegie Steel Co., against the Amalgamated Association of Iron and Steel Workers in a dispute that culminated with violence and death, plus the sidebar of an attempt on Frick’s life by someone with no connection to the situation. The union eventually capitulated in a major blow to organized labor, from which it took decades to recover.

Amelia, Robyn and Sophia, all of whom had participated in prior National History Day projects, started their Homestead research in October. Through the University of Pittsburgh’s Hillman Library, they were able to read copies of Frick’s own correspondence around the time of the strike.

“I encourage kids to choose local topics,” their teacher and adviser, Josh Elders, said. “With National History Day, they really like to focus on primary sources. So the fact that the Frick letters were available was one of the things that really helped them.”

Also assisting to a large degree was information from Jerry Fitzgibbon, a board member for the Battle of Homestead Foundation who serves as docent and interpretive historian at the Pump House, the sole existing structure of the 1892-era Homestead Steel Works.

“I think, honestly, his quotes that they added between states and nationals could be the reason why they placed,” Elders said.

Also between the two competitions, the girls built a sturdy wooden frame for their display board, with the assistance of middle school shop teacher Joe Bayto. Then it was on to Maryland and a top-three showing among the best National History Day projects from the United States and beyond.

During their seven months of working on the project, the girls discovered they have certain skills that complement one another.

“Each of us is better at critiquing a certain aspect of the board and our research,” Sophia said. “Amelia is really good at finding mistakes and cutting words, and Robyn’s really good at research. And I’m just very meticulous about the board. Everything had to be perfect with layout and matting for me.”

The project has strengthened their respect for history.

“If we don’t learn about the past, then we will repeat the mistakes that they made,” Robyn said. “So it’s always good to study the past and see what they did wrong.”

“They are not only learning history, but they’re taking charge in their own learning of history, which I think is really dynamic for this age group,” he said. “They’re really learning lifelong lessons in terms of workforce skills, of research, communication, documentation, presentation, teamwork. There are just so many facets that go into what our kids are able to produce through this activity.”