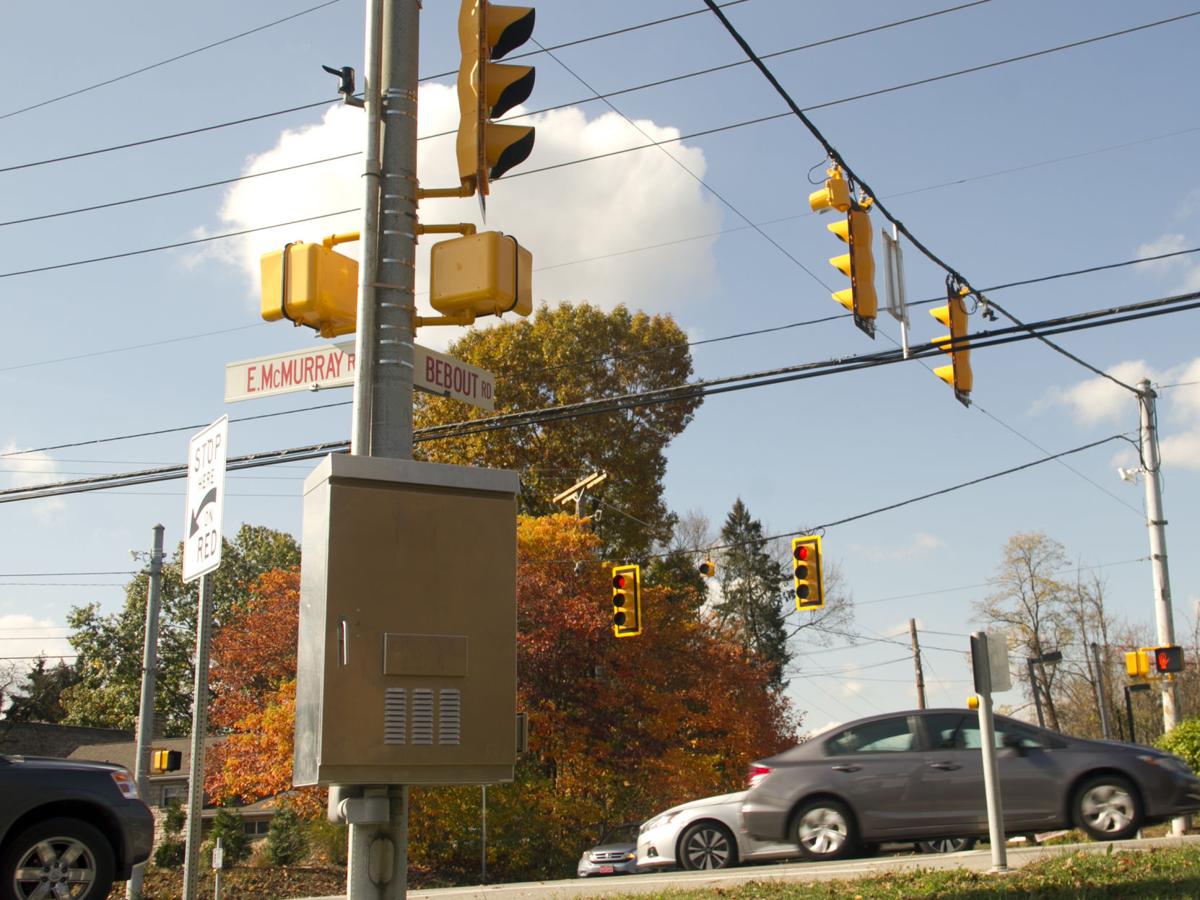 The intersection of East McMurray, Bebout and Thompsonville roads is targeted for improvement in 2024. 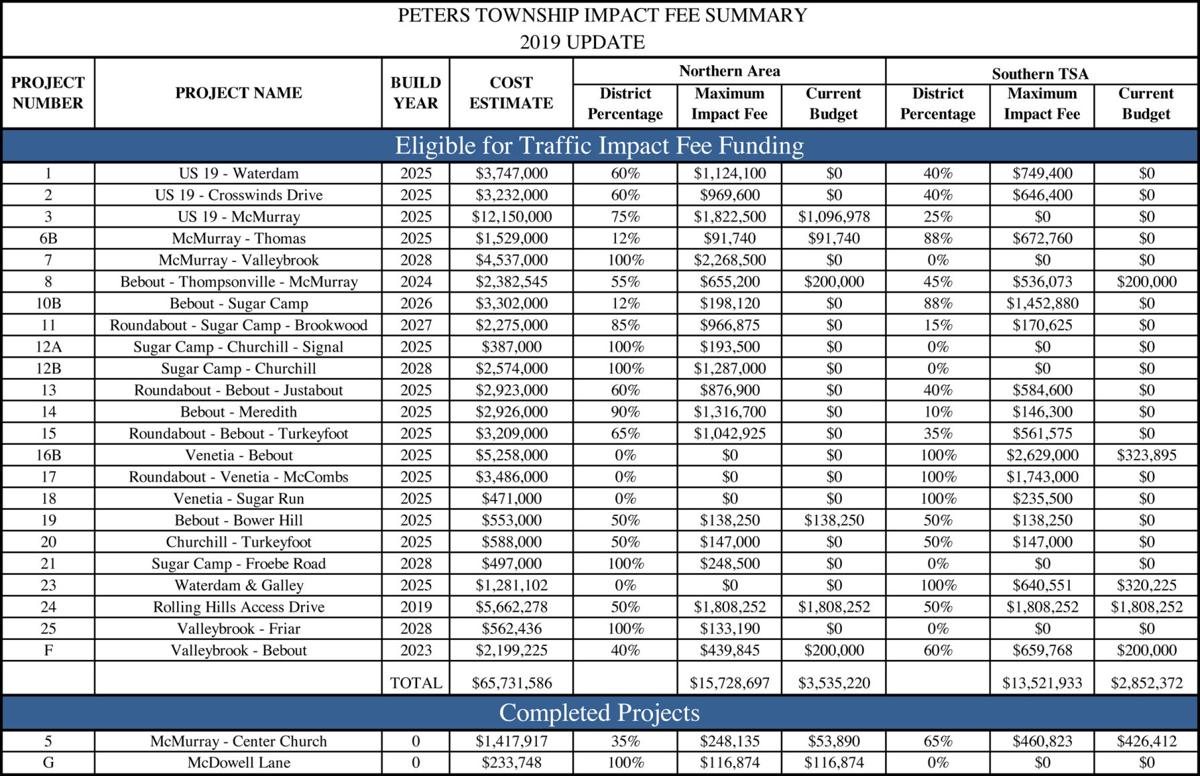 The intersection of East McMurray, Bebout and Thompsonville roads is targeted for improvement in 2024.

Peters Township Council has approved an update to the municipality’s transportation capital improvement program, which three specific projects targeted for funding within the next five years.

Part of the local share comes from the traffic impact fee program enacted in 2008, as explained by township manager Paul Lauer during council’s Oct. 28 meeting.

“The township collects funds from developers as houses and commercial sites are being built,” he said. “Those funds are earmarked for a series of traffic improvements throughout the township.”

On the calendar for next year is construction of Rolling Hills Drive, the road through the former Rolling Hills Country Club property to access the new Peters Township High School, scheduled to open in early 2021, and a municipal park to be developed.

The township has earmarked $1 million from the traffic impact fee account toward the construction project, which also includes repositioning East McMurray Road slightly north of its current configuration, a measure intended to provide nearby residents with sufficient vehicular access to their homes.

“We will be providing them with a match out of our traffic impact fees,” Lauer said.

Scheduled for 2023 is construction of a roundabout at Bebout and Valley Brook roads. The following year, work is scheduled on the intersection of East McMurray, Bebout and Thompsonville roads.

Council took action on revising the transportation capital improvement program at the recommendation of the Transportation Impact Fee Advisory Committee, which met Oct. 10 to review the program.

The committee’s recommendation last year was to set the traffic impact fee at $1,500 per new afternoon peak hour trip to be generated by a development.

The same fee is applicable to both the township’s Northern and Southern transportation service areas, as established by the original impact fee ordinance. Prior to 2018, the Northern area carried a higher rate than the Southern.

“Next year, we’ll be examining that fee,” Lauer told council. “And quite frankly, it could be much higher, but at the same time, you have to keep in mind it needs to stay competitive with others who have this same kind of fee in place.”

According to the Transportation Impact Fee Program 2019 update prepared by Michael Mudry, senior project manager for Traffic Planning and Design Inc. in Collier Township, the maximum allowable fee assessment is $6,343 per afternoon peak hour trip in the Northern TSA and $6,242 in the Southern.

The amounts are derived calculations specified under the Pennsylvania Municipalities Planning Code, based primarily on cost factors for projects identified in the transportation capital improvement program.

Since the inception of the traffic impact fee, the township has collected nearly $1.75 million, of which the balance as of Aug. 31 was $1.07 million. Expenditures include more than $300,000 toward the Center Church Road improvement project and $100,490 in refunds for excess fee payments.