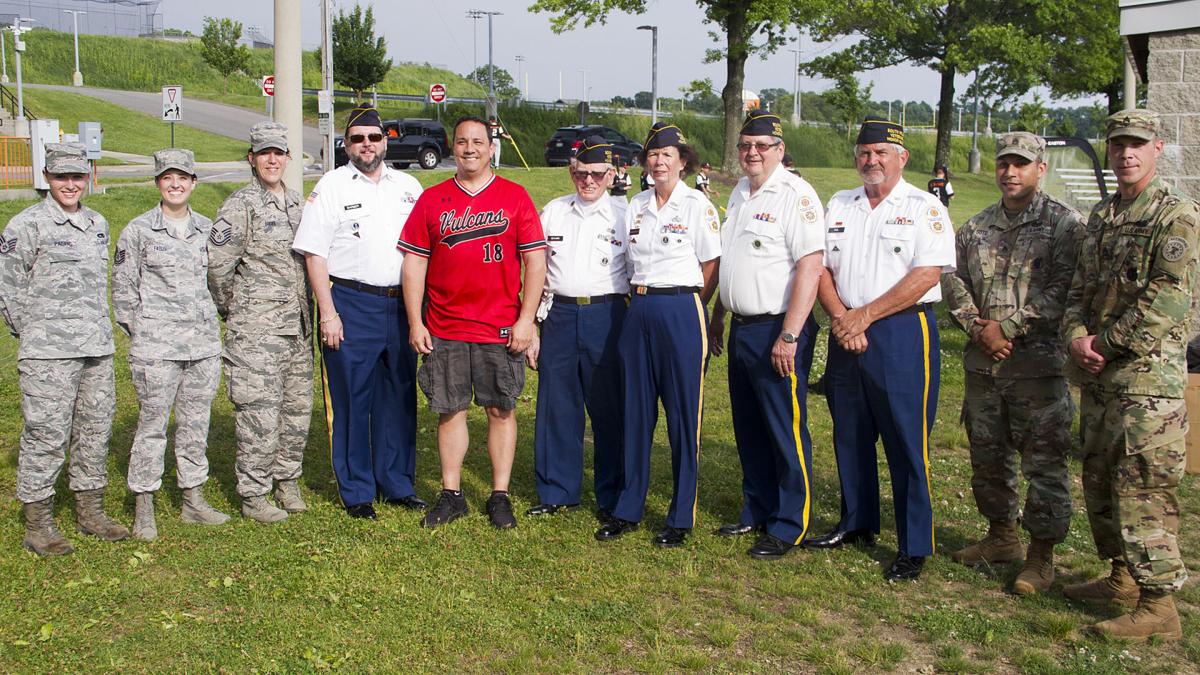 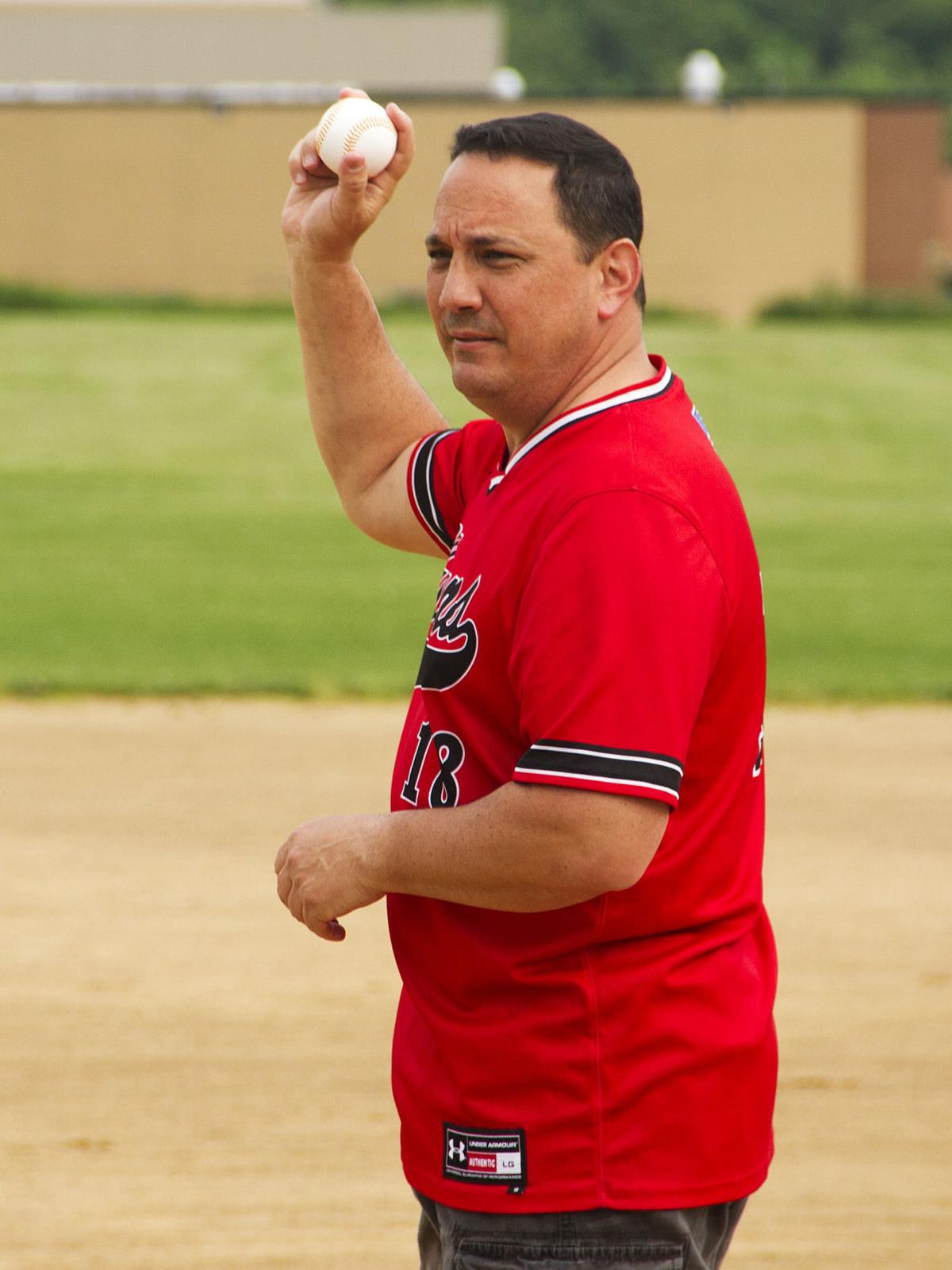 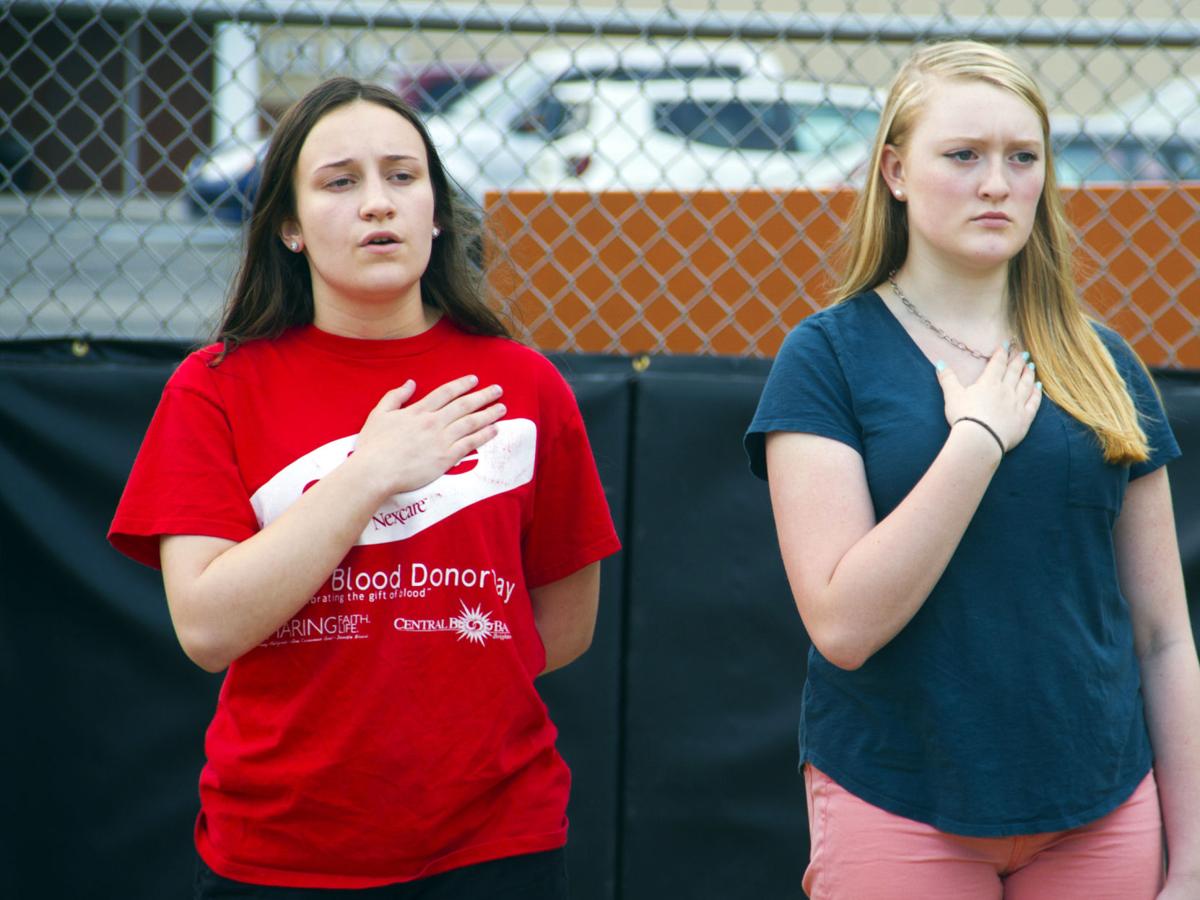 Madicyn Nicklas, left, and Grace Fabian sing “The Star-Spangled Banner” prior to the baseball game. 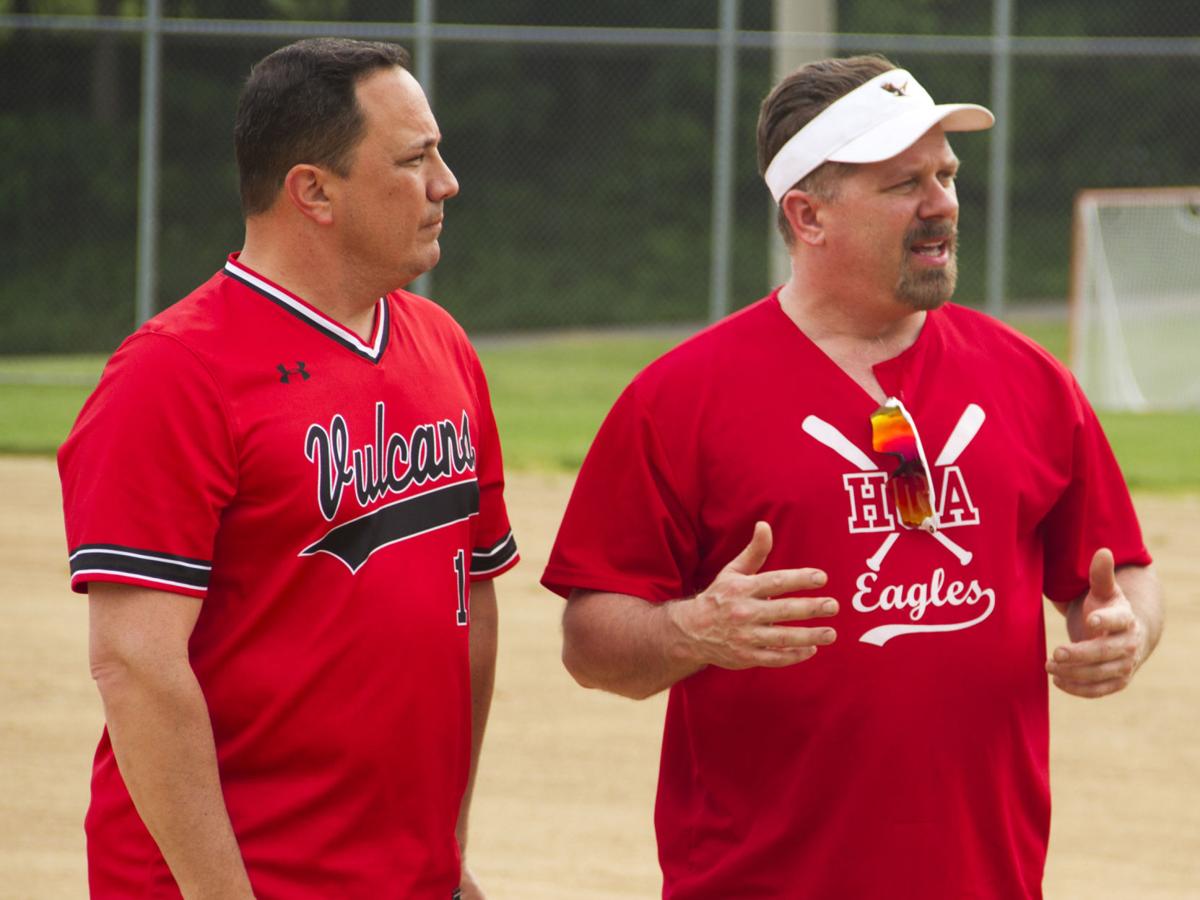 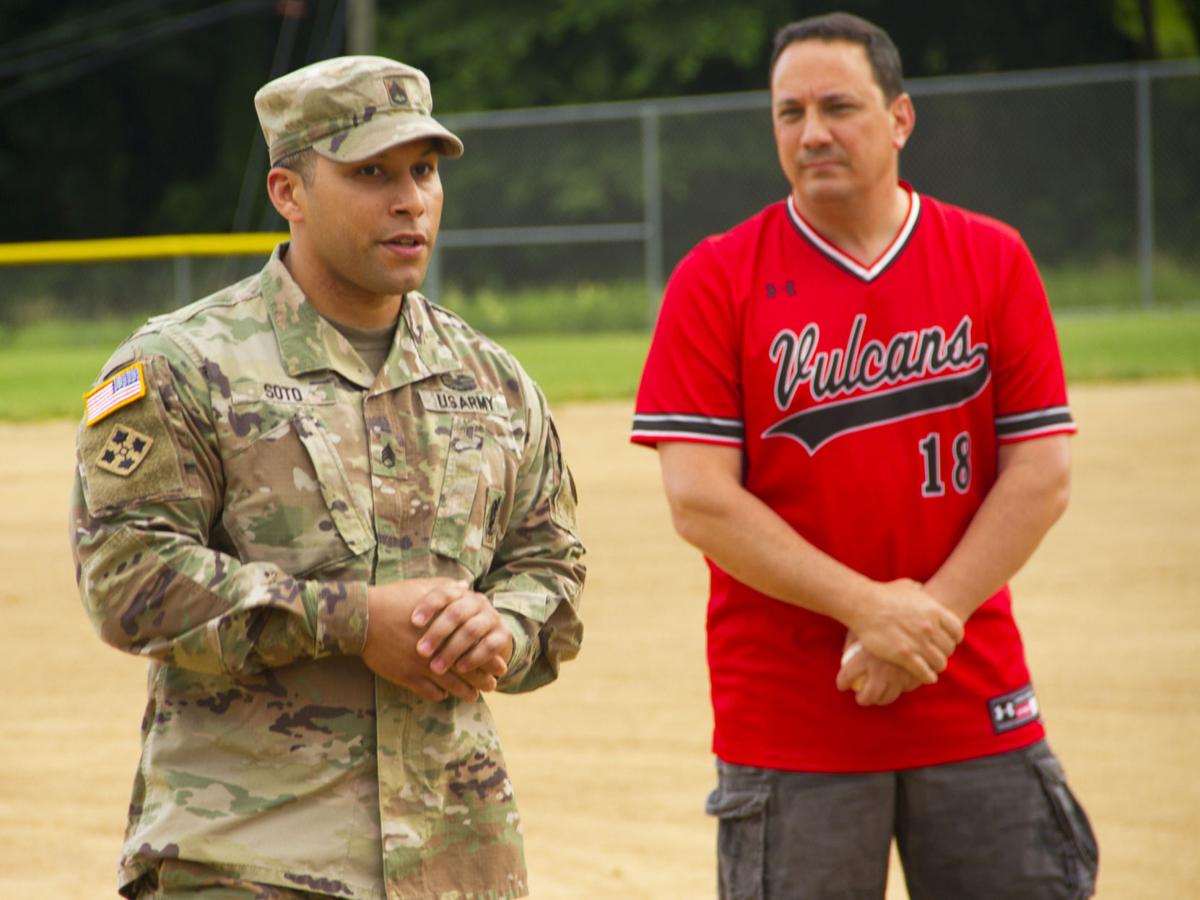 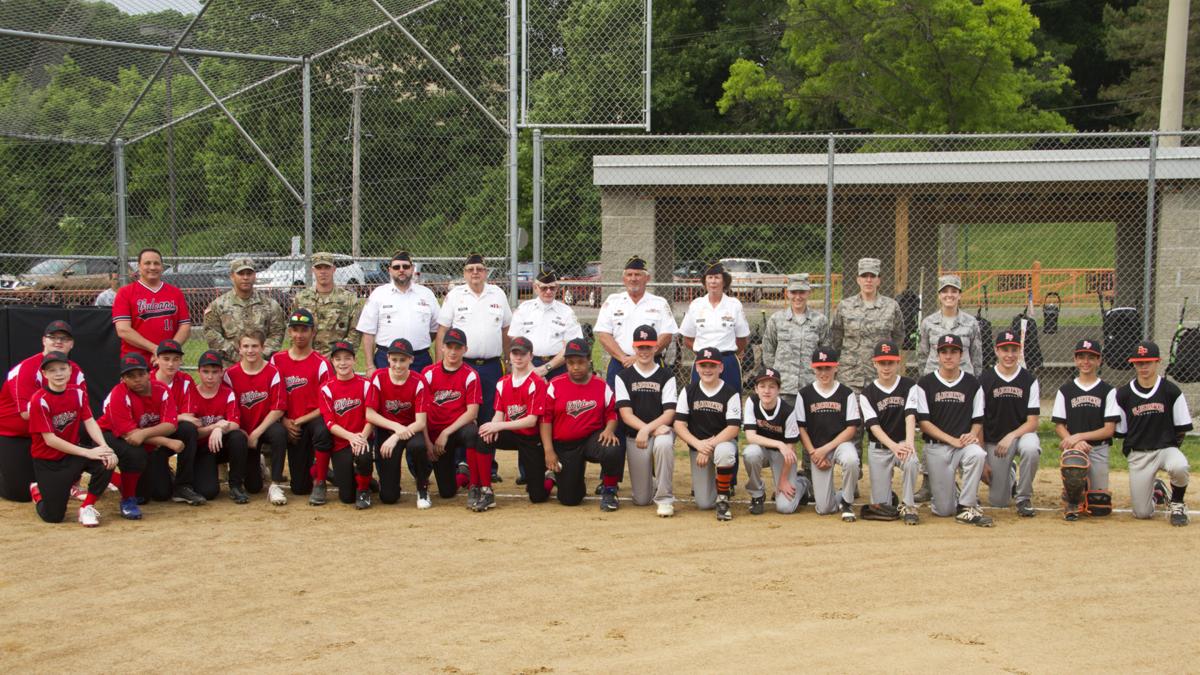 The players join the guests before the game.

The players join the guests before the game.

One of the reasons Rich Woods has for observing Memorial Day in a proper manner is his uncle died in Japan’s Dec. 7, 1941, attack on Pearl Harbor.

The uncle’s name was Paul Aul. And on Tuesday, Woods met a man named Tom Aul, who hails from the same area as Paul.

So it turns out that each of the gentlemen just may have encountered a relative.

In honor of Memorial Day, and to demonstrate to his teenage players it is more than simply a day off school and other activities, Woods invited members of the military, past and present, to participate in a ceremony prior to the day’s game at Bethel Park High School.

He said special events often are planned in conjunction with league games, such as giving flowers to players’ moms for Mother’s Day and making sure they get hugs from their sons.

“We’re trying to teach these kids the right and wrong of life, more than just baseball,” he said.

And the Memorial Day ceremony was no different.

“We want to teach the kids to honor the fallen,” Wood said. “We want to explain to these kids what this is about.”

Representing the U.S. Air Force were Nicole Brown, Clarissa Fabus and Elizabeth Pagano, and from the Army Recruiting Station in Bethel Park were Carlos Soto and Andrew Murray.

That ceremonial first pitch was delivered by District Judge Ronald Arnoni, who showed quite the arm. And showing their vocal talents were Grace Fabian and Madicyn Nicklas, who sang “The Star-Spangled Banner” and “God Bless America” as fitting tributes for everything Memorial Day represents.