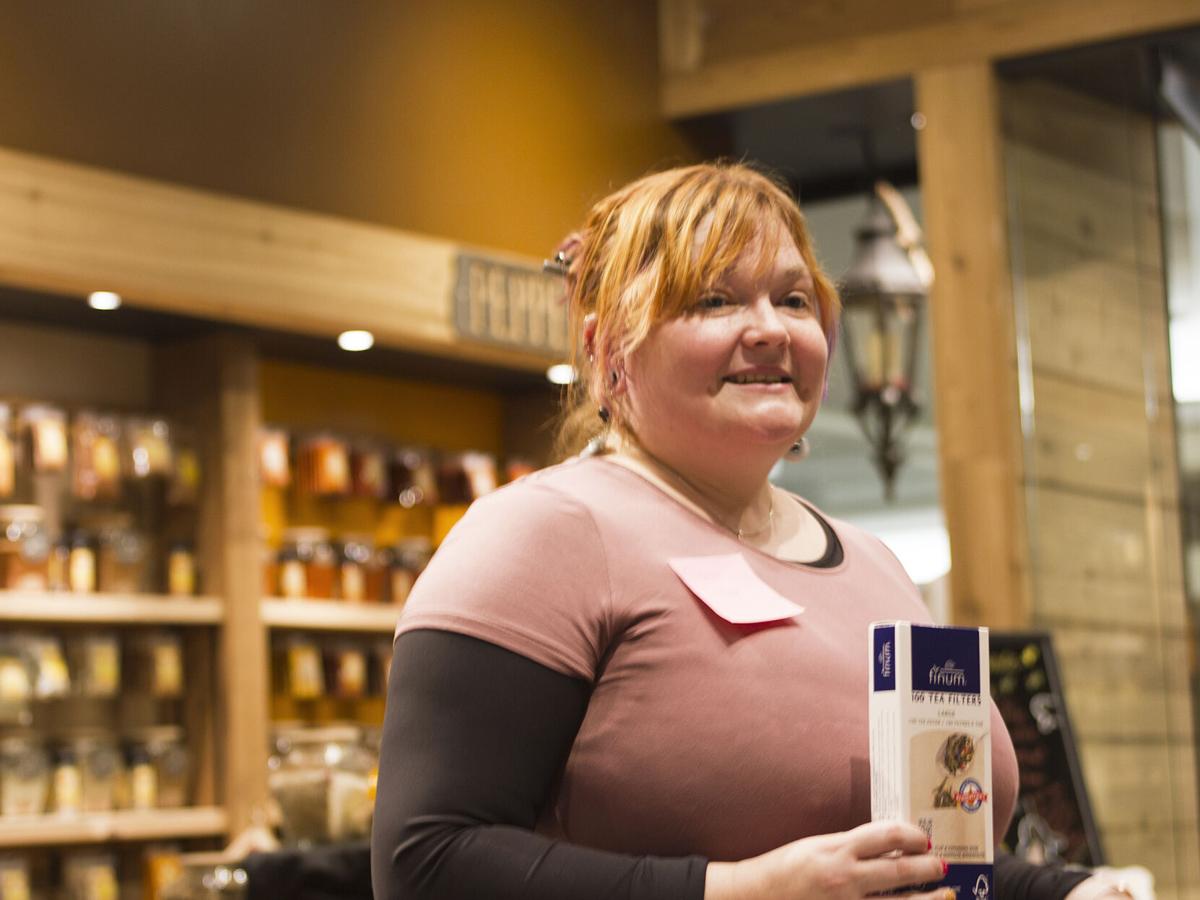 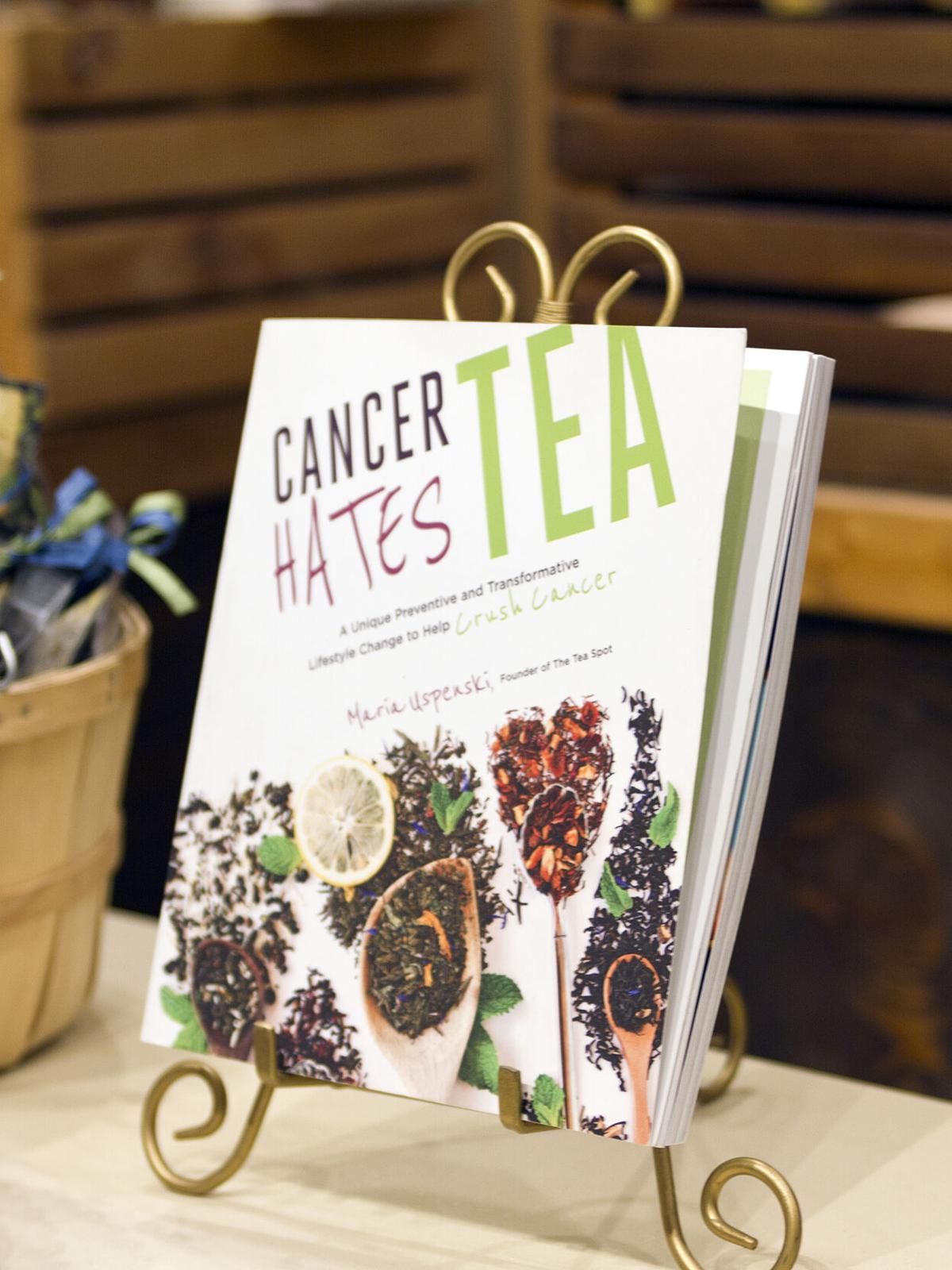 Maria Uspenski's book is on display at the Spice and Tea Exchange at South Hills Village Mall. 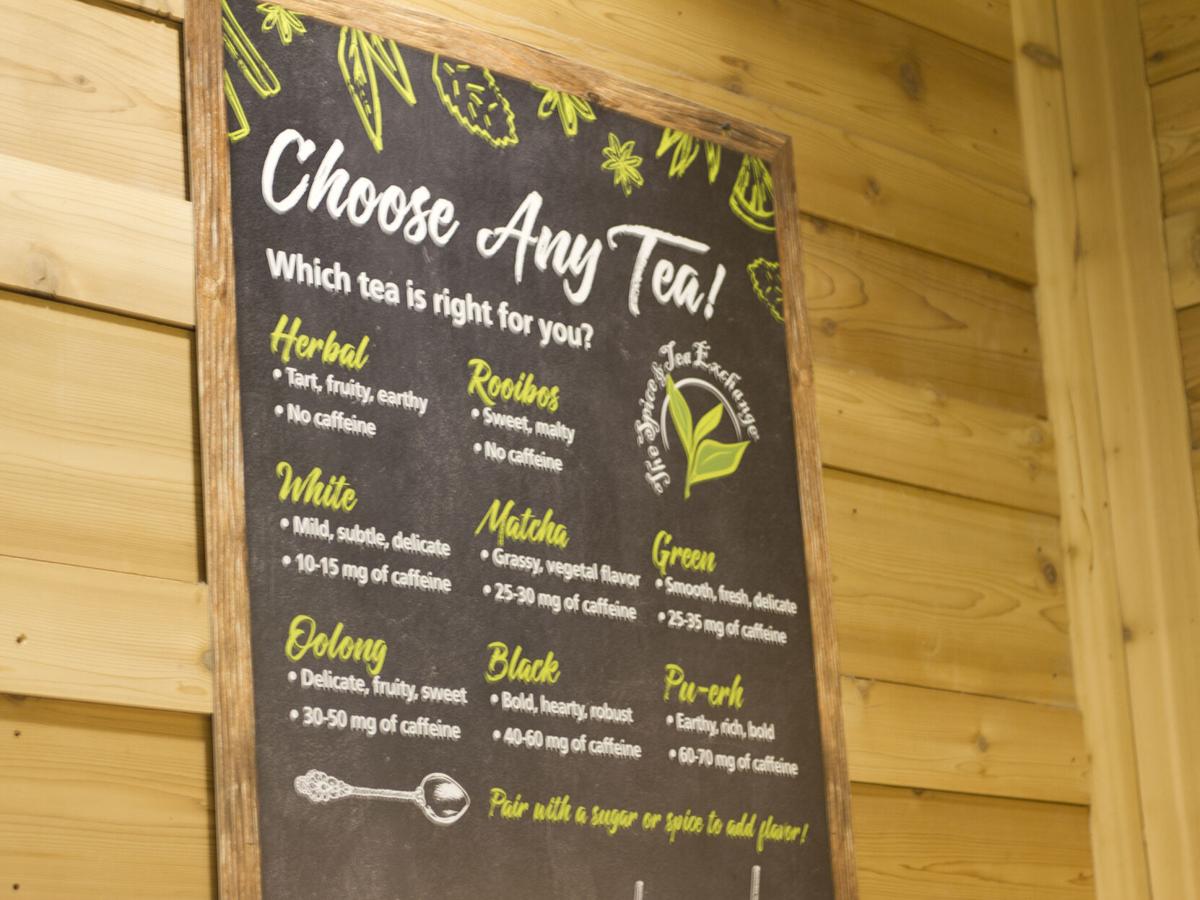 Various types of teas and tisanes are listed on the store's menu. 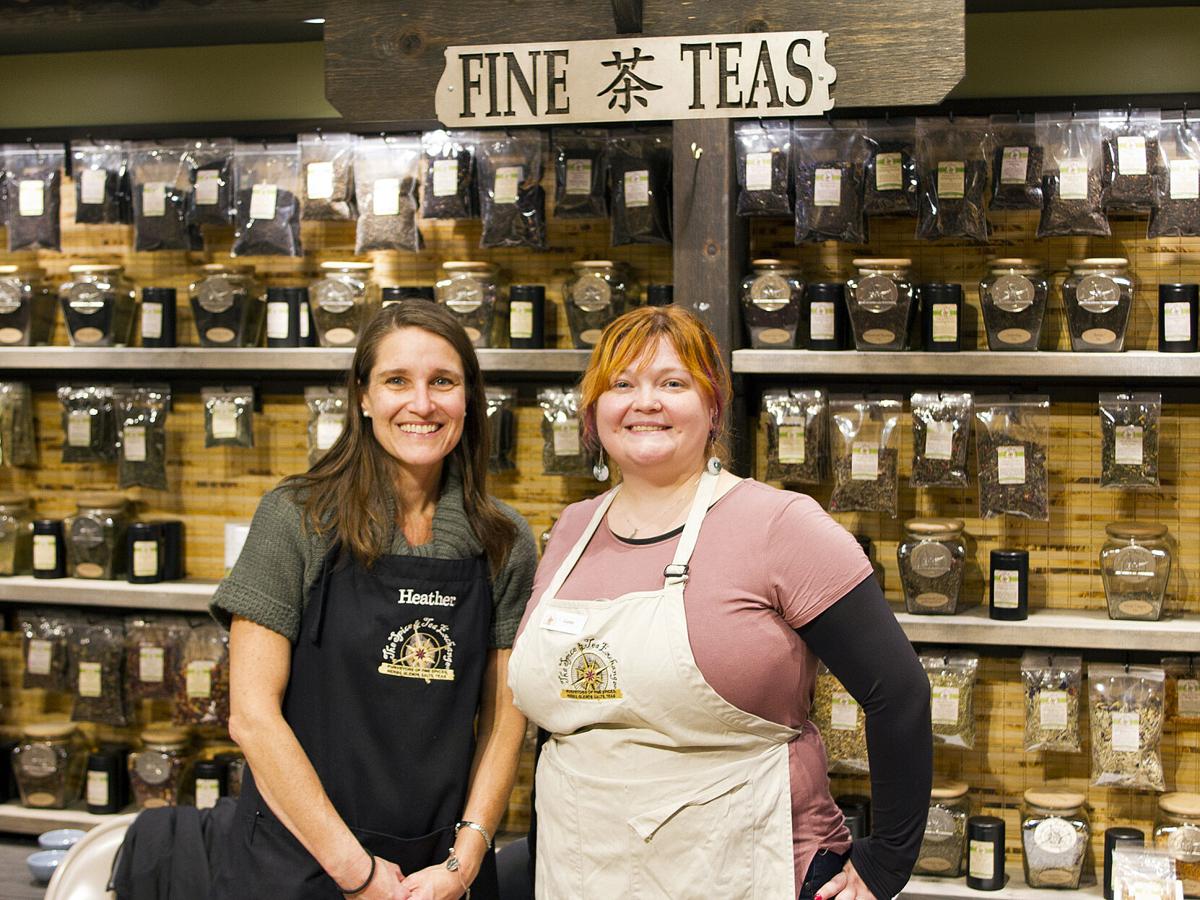 Maria Uspenski's book is on display at the Spice and Tea Exchange at South Hills Village Mall.

Various types of teas and tisanes are listed on the store's menu.

Around the world, people consume more tea than any beverage besides good old H2O.

That may not be the case in the United States, where coffee breaks are far more common than teatime.

But brews made from the leaves and buds of Camellia sinensis have served as integral parts of various cultures for thousands of years, apparently with good reason.

After extensive research following her battle with cancer, Colorado author Maria Uspenski summarized her findings in the book “Cancer Hates Tea: A Unique Preventive and Transformative Lifestyle Change to Help Crush Cancer.” And the first part of the title served as the theme for a recent program outlining the benefits of earth’s second-most-popular drink.

Hosted by the Spice and Tea Exchange at South Hills Village Mall, the program was organized as part of ongoing support efforts by the Glock Foundation, a nonprofit founded by Bethel Park resident Carol Glock to raise funds toward breast cancer research, clinical trials, education and patient care.

In her presentation, Spice and Tea Exchange store manager Caitlin Tate provided reminders that tea is not a cure, but it can mitigate some of the symptoms associated with cancer and treatments such as chemotherapy, especially those related to the digestive system.

Technically, she explained, the term “tea” applies only to beverages derived from the aforementioned Camellia sinensis, a species of evergreen shrubs or small trees, and there are five primary varieties: the more familiar black, green and white, plus the more exotic, if you will, Oolong and Pu’erh.

Beyond that are tisanes, or what Tate called “teas that are not teas,” including herbals, yerba-maté and rooibos, the caffeine-free national drink of South Africa.

For example, yerba-maté, a plant species native to South America, produces a drink that has a fairy high level of caffeine.

“I actually had a woman who has severe gastrointestinal issues tell me that the yerba-maté did not upset her stomach at all, as opposed to even white tea,” Tate said. “So it is a really good alternative if you are suffering those particular consequences from your chemo or from cancer.”

Among the actual teas, Pu’erh is the best bet for folks looking for a caffeine boost. And in case you’re curious, that particularly form is fermented and highly oxidized, and as such can mellow and improve with age.

“It has a higher amount of caffeine yet a very rich, smooth flavor,” Tate reported.

On the other end of the true-tea scale are the whites.

“They are from the freshest, youngest leaves of the plants. They go through very minimal processing. They are the lightest, most delicate of the teas. Therefore, they’re going to be a little less harsh on your stomach,” Tate said.

“It also has the very least amount of caffeine. So it’s also good if you have a caffeine sensitivity but you still want to get a little bit in you.”

As far as cancer’s hatred of tea from a scientific aspect, a chief consideration is the presence of antioxidants. They tend to inhibit the production of unstable, potentially cancer-causing atoms called free radicals, which – think back to chemistry class – have electrons that are not paired with protons.

“Antioxidants kind of sacrifice themselves, give themselves to that electron, to make it a stable atom again,” Tate said.

Green tea is renowned for its abundance of antioxidants, but they also are present to varying degrees in other types of teas and tisanes.

Tate and West Newton resident Heather Gardner, franchise owner and operator of the Spice and Tea Exchange at South Hills Village and Ross Park Mall, offered program participants samples of some of the products that could prove to be helpful. Plus Tate offered some advice that is applicable across the board.

“Too much of anything is a bad thing,” she said.

The Cancer Caring Center and Our Clubhouse merge to provide further resources for anyone who has been impacted by a diagnosis.