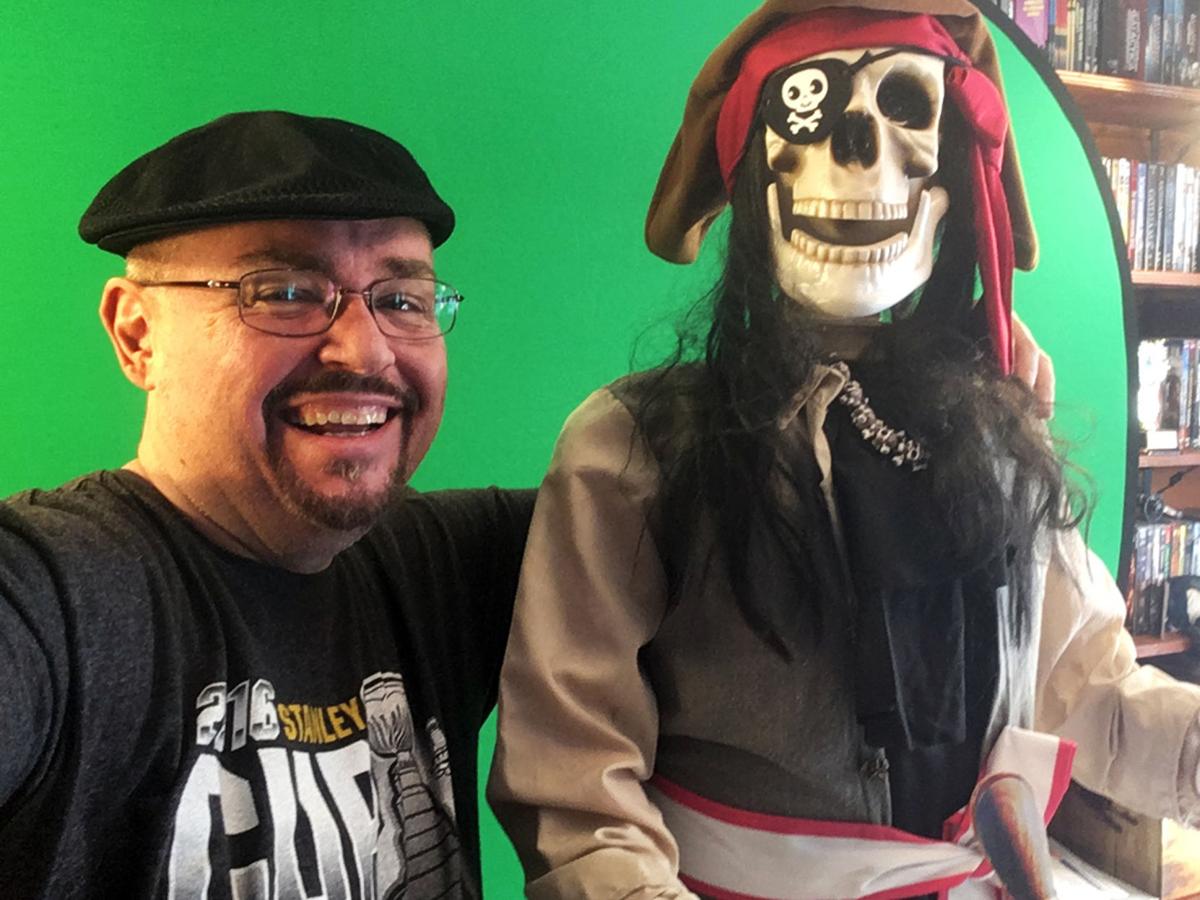 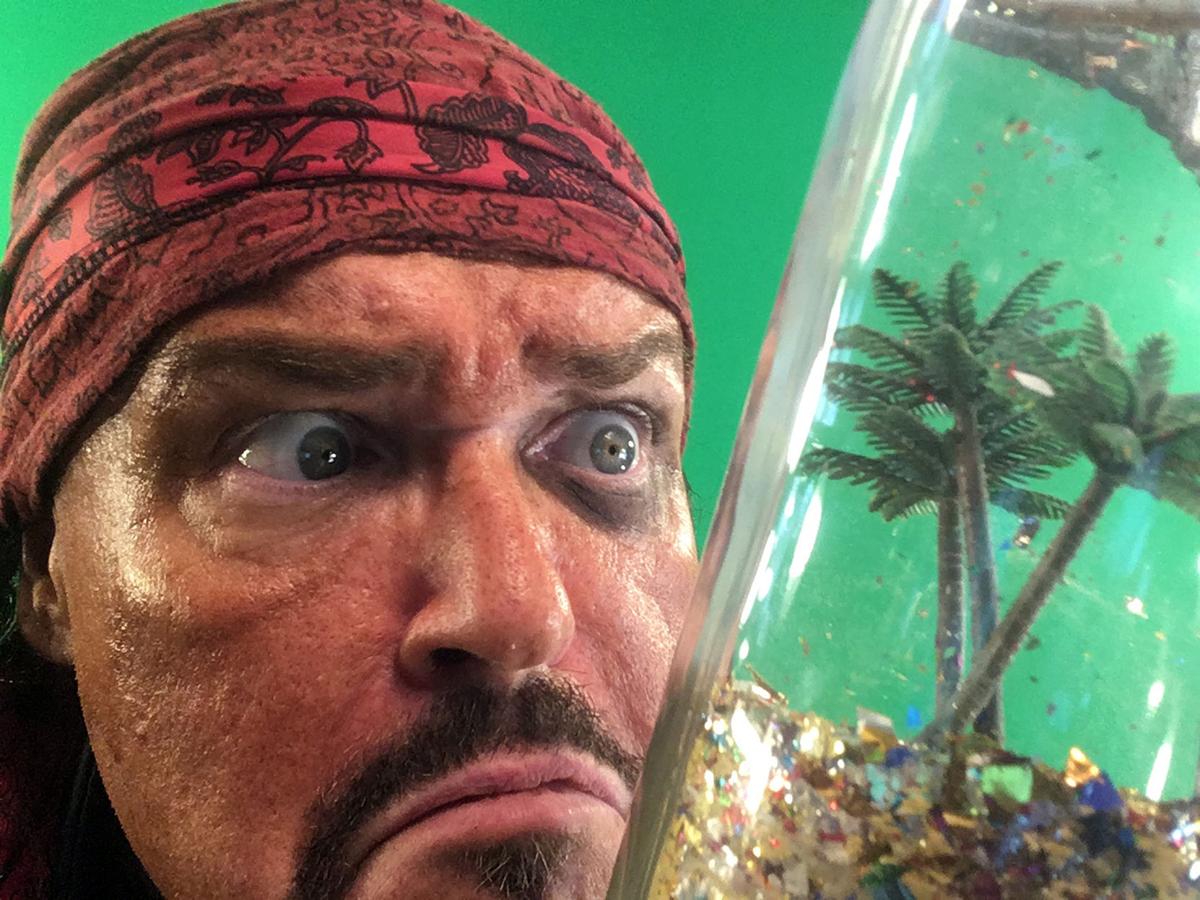 Erik Sprowls as Capt. Calico Drake, the host of "Dead and Buried Treasure" 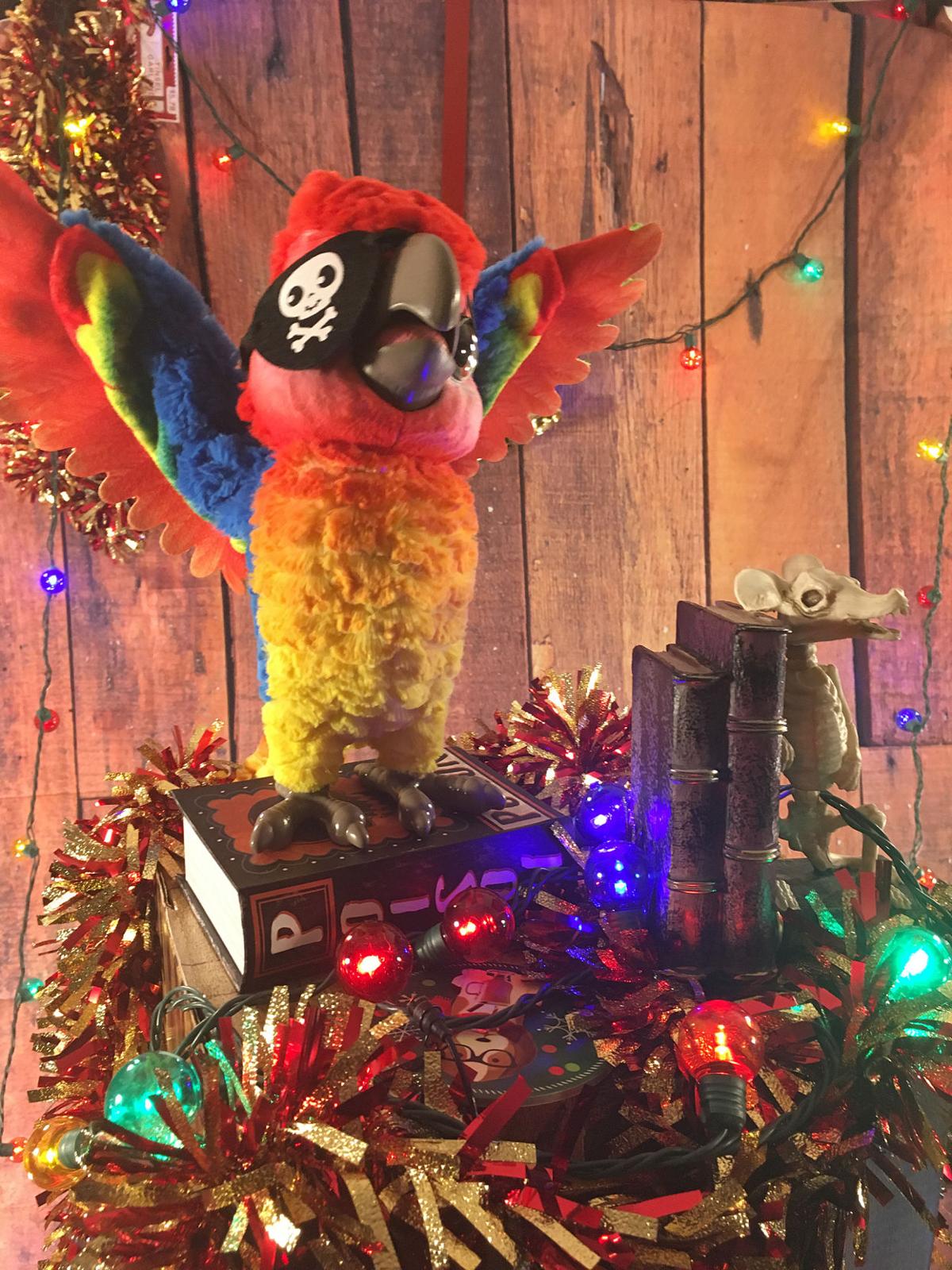 Jack the Parrot often has to correct Capt. Calico Drake.

Erik Sprowls as Capt. Calico Drake, the host of "Dead and Buried Treasure"

Jack the Parrot often has to correct Capt. Calico Drake.

Anyone who is of a certain age and spent too much of their childhood in front of a television set will probably wax nostalgic about Saturday afternoons watching horror and monster movies on TV, hosted by such luminaries as Pittsburgh’s own Chilly Billy Cardille.

Washington resident Erik Sprowls is seeking to resurrect the spirit of those “creature features” with his own program, “Dead and Buried Treasures,” which he produces at Bethel Park Public Access Television, BPTV. The once-a-month show airs on several other cable channels throughout the region, and it also is available for viewing on YouTube, with the next episode, the 1938 version of “A Christmas Carol,” scheduled to premiere Dec. 8.

The program is hosted, written, directed and edited by the 54-year-old Sprowls, who adopts the character Capt. Calico Drake, a crusty, authentic-sounding pirate – “part Irish and part Scottish and a little bit of just like crabby old man” – with a penchant for mixing up his facts a bit as he provides commentary in between film segments.

His explanation of the plot of “A Christmas Carol,” for example:

“Three ghosts controlled by this Jacob Marley coming back to take this Scrooge person to the world beyond. Now, that sounds scary.”

To which the voice of his stuffed-bird buddy, Jack the Parrot, replies:

“Captain, we’ve talked about this before. That’s not exactly what happens.”

It’s all in good fun, and that’s the way Sprowls has intended the show to go since he started it early this year. He had met Bethel Park public access director Dave Cable during an appearance on another BPTV program.

“He was gracious enough to let me do the show and put it on the air up there,” Sprowls said, explaining that he’s able to play Capt. Drake using green-screen technology. “It’s 100 percent effect, so it allows us to do just about anything.”

As for the movies he features, all are in the public domain. Despite their not being copyrighted, many of the titles remain popular in horror-film lore: George Romero’s 1968 classic “Night of the Living Dead,” for example, served as the centerpiece of the “Dead and Buried Treasures” special Halloween edition.

In March comes “what some consider the worst movie ever made,” as Sprowls/Drake announces in a preview of next year’s lineup. That would be Edward D. Wood Jr.’s “Plan 9 from Outer Space,” which is so bad that it’s good.

“Long before Will Smith was the last man on earth in ‘I Am Legend,’ it turns out he wasn’t, because Vincent Price was, in, well, ‘The Last Man On Earth.’”

Sprowls brings a great deal of behind-the-scenes television production skills to “Dead and Buried Treasures.” He has taught television courses at California University of Pennsylvania and Bethany College in West Virginia, and was news director at WTRF-TV in Wheeling, W.Va.

Part of the impetus to get “Dead and Buried Treasures” off the ground is the feeling he wanted to initiate a creative endeavor of his own after helping nurture the work and careers of others. While at Cal U, for instance he was behind the camera for a show called “Fright Night Friday,” featuring Harry Metz as the Spooky Spectre.

Buttressed by whimsical melodies and a slew of silly sound effects, the banter becomes chuckleworthy while reminding viewers of a simpler time in the history of television. Or showing younger ones how it used to be.

“It really can be watched by just about everybody. Because the monster movies are older, at a time when they weren’t necessarily Jason or Michael Meyers,” Sprowls said about the slash-happy “Friday the 13th” and “Halloween” villains, “kids can watch them.”